Floyd Mayweather’s camp has hurled doping accusations against Manny Pacquiao countless times so this may come as a shock to boxing fans. According to a report from Thomas Hauser of SB Nation, Money got an illegal IV before the fight to combat dehydration.

The United States Anti-Doping Agency (USADA) discovered evidence that Floyd used an IV after the weigh-in. The agency has yet to release details regarding the allegations.

Money’s got some explaining to do. 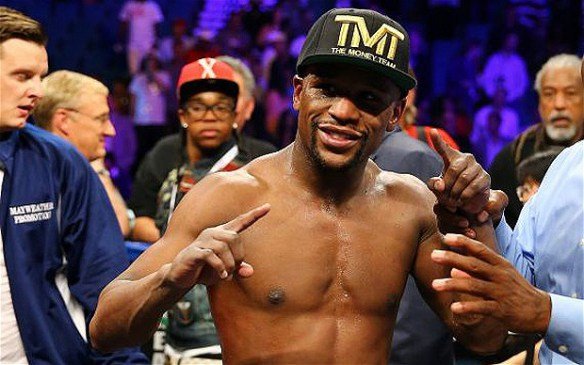 If this is true, then Floyd violated the regulations set by the World Anti-Doping Agency, which prohibit fighters from receiving such IV injections. The report further revealed that Floyd’s two IVs contained multi-vitamins and Vitamin C but still, IVs are not allowed no matter what it contains. See, these injections can hide performance-enhancing drugs and other banned substances present in the body.

Floyd was granted an exemption for the IVs for retroactive therapeutic use 18 days before the match. His camp didn’t even apply for the exemption until May 19, a day before the fight. The Nevada State Athletic Commission and Pacquiao camp wasn’t immediately notified of the exemption due to a loophole in the drug-testing contract.

What’s more troubling is that the USADA didn’t give a reason why the exemption was granted to Floyd, considering Manny was denied a Toradol injection for his torn rotator cuff.

According to an analysis from BALCO founder and president Victor Conte, which was included in Hauser’s report:

“The benefits that an athlete retains from using anabolic steroids and certain other PEDs carry over for months. Anybody who knows anything about the way these drugs work knows that you don’t perform at your best when you’re actually on the drugs. You get maximum benefit after the use stops. I can’t tell you what Floyd Mayweather is and isn’t doing. What he could be doing is this. The fight is over. First, he uses these drugs for tissue repair. Then he can stay on them until he announces his next fight, at which time he’s the one who decides when the next round of testing starts. And by the time testing starts, the drugs have cleared his system.”

It’s interesting to note that Floyd’s camp rejected the PED clause that the Pacquiao camp had suggested before their mega-bout. The clause imposes a $5 million fine if either of them tested positive. Manny was reportedly surprised by the clause’s rejection.