An apologetic man in China was seen kneeling outside a female dormitory in Chongqing Industrial Polytechnic University for several hours.

According to reports, the unidentified man decided to stage the grand gesture to beg for his girlfriend’s forgiveness. He  was even photographed half-naked carrying a bundle of canes as he was reportedly waiting to be spanked as his punishment.

Although the cause of the rift is still undetermined, netizens speculated that the man must have done something really bad for him to execute such efforts to win his girlfriend back.

The Daily Mail UK reports that the young man’s peculiar move was inspired by an old Chinese story of apology.

The story, which dates back to 283 BC, was documented in the Historical Biographies of Lian Po and Lin Xiangru.

Distinguished general Lian Po wanted to asked for the forgiveness of a lowly servant named Lin Xiangru for his arrogance. With branches strapped to his back, Lian Po went to Lin Xiangru to accept his beatings just to show how truly sorry he was.

An unidentified man was spotted kneeling outside a female dormitory in China. 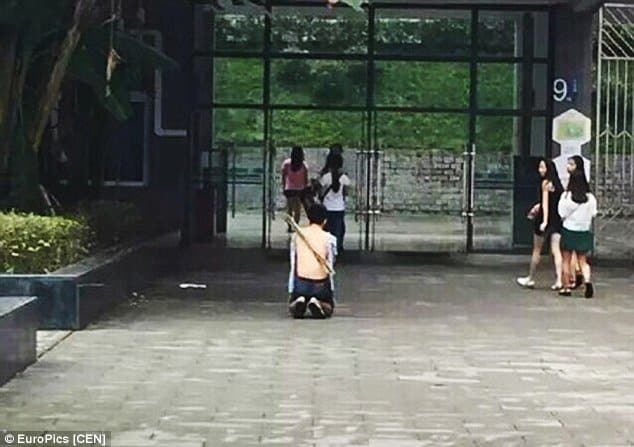 He staged the grand gesture to win back his girlfriend. 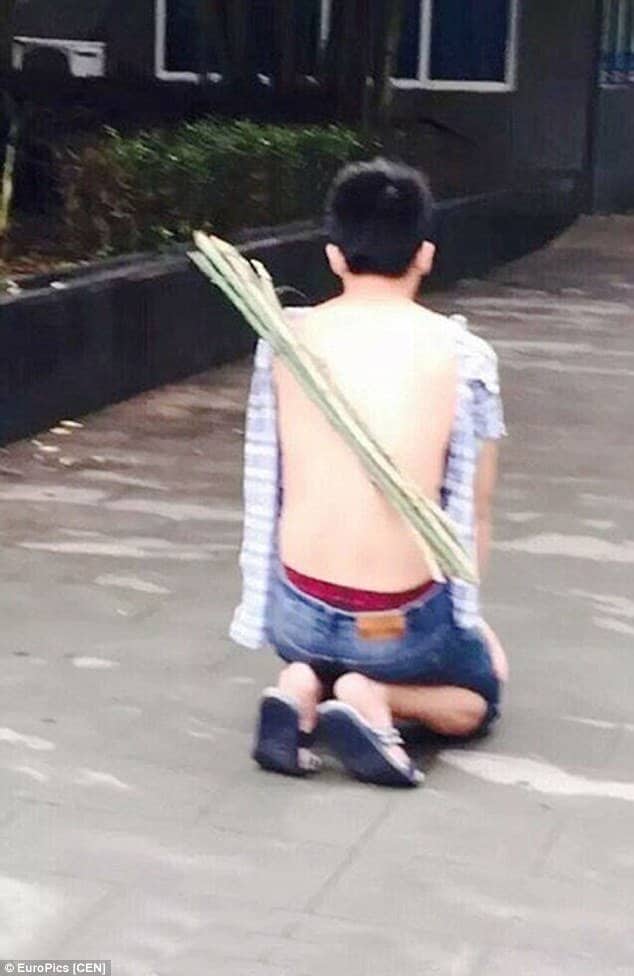 The reason for his apology is still undetermined, yet many believe he must have done something really bad.

If you were his girlfriend, would you accept his apology? 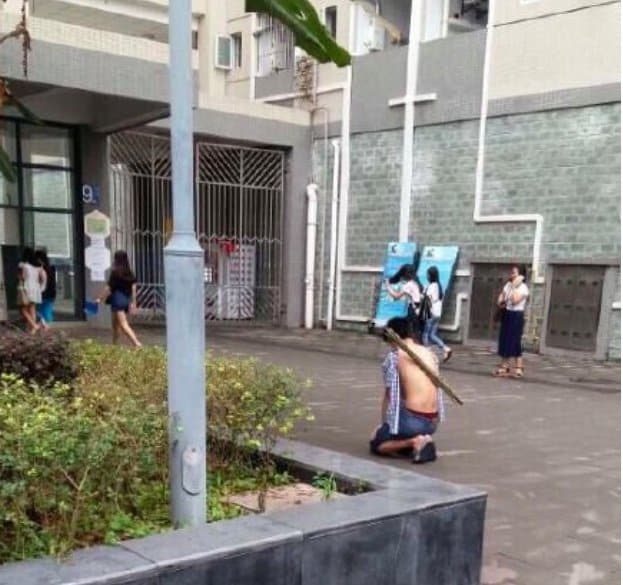