Born 1875 on the Caribbean island of Martinique, Ludger Sylbaris worked as a laborer in the town of Saint-Pierre. In fact, he has become notorious for always making trouble and he has been convicted for it.

On the night of May 7, 1902, he went out of town to get some drink. He ended up causing a riot and then eventually beating a man. This incident led to him being thrown to a solitary confinement. To teach Sylbaris a lesson, the police locked him in a single, partially-underground cell. It didn’t even have a single window, aside from the small slit in the door.

Being imprisoned in this tiny space, however, later saved his life.

Ludger Sylbaris, a notorious trouble maker, was locked in a cell for beating a man. This eventually saved his life. 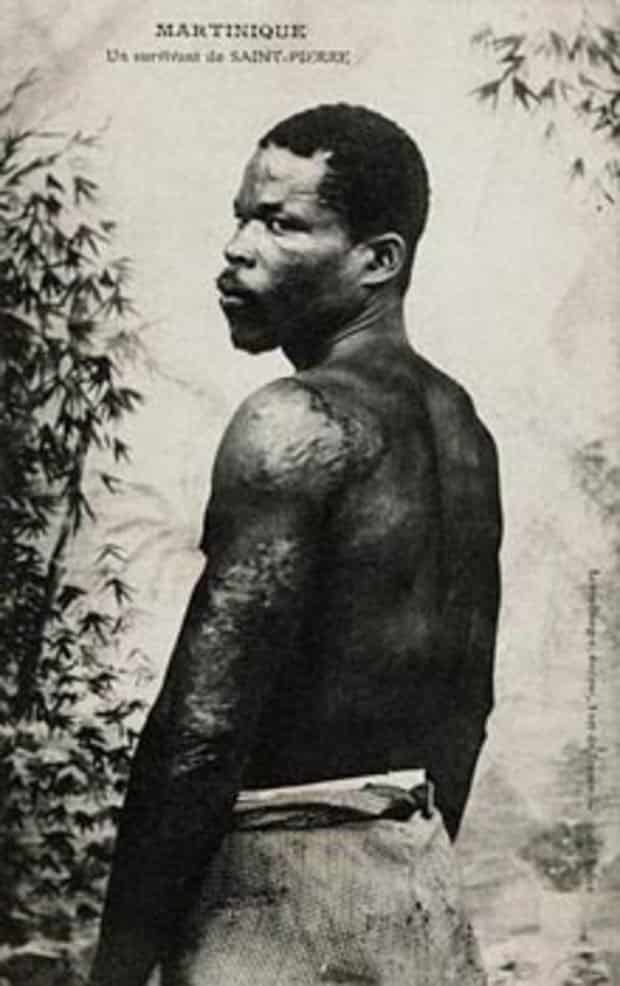 The following day, the Mt. Pelée volcano, located close to Saint-Pierre, started to erupt. The volcano has been threatening to erupt for more than a week and thousands of residents left the countryside and took shelter in the town – which proved to be a fatal mistake. 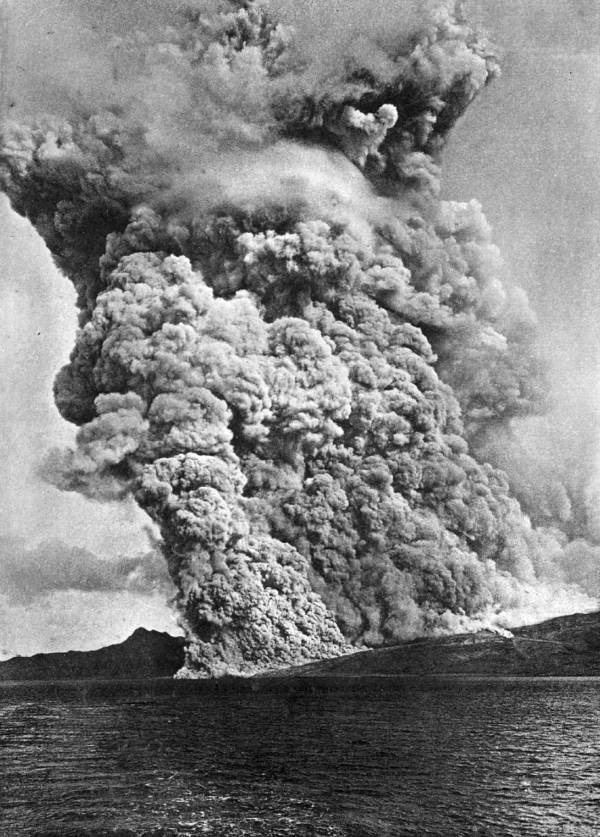 Mt. Pelée exploded and brought massive destruction, killing about 28,000 to 40,000 people. The pressure wave exceeded 1,000 degrees in temperature, flattening every building in the area. Meanwhile, those who didn’t die in the collapsing buildings were either burned or were suffocated to death. The wave brought superheated gas which burned the oxygen and replaced it with ash from the volcano.

The tiny cell saved his life when the volcano erupted. Four days later, he was found alive by rescuers. 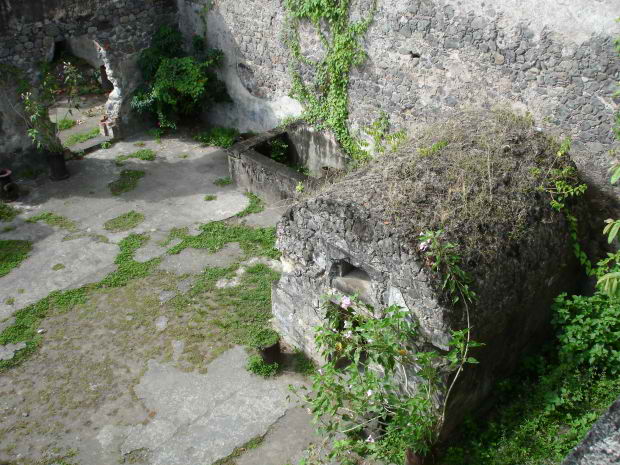 Four days after the eruption, a rescue team heard Sylbaris crying for help. Although his body was burned, his cell became the island’s safest spot and his life was saved. He was able to share his account of the tragic event, saying he urinated on his clothes and then placed it on the doorway slit to protect himself from the extreme heat. 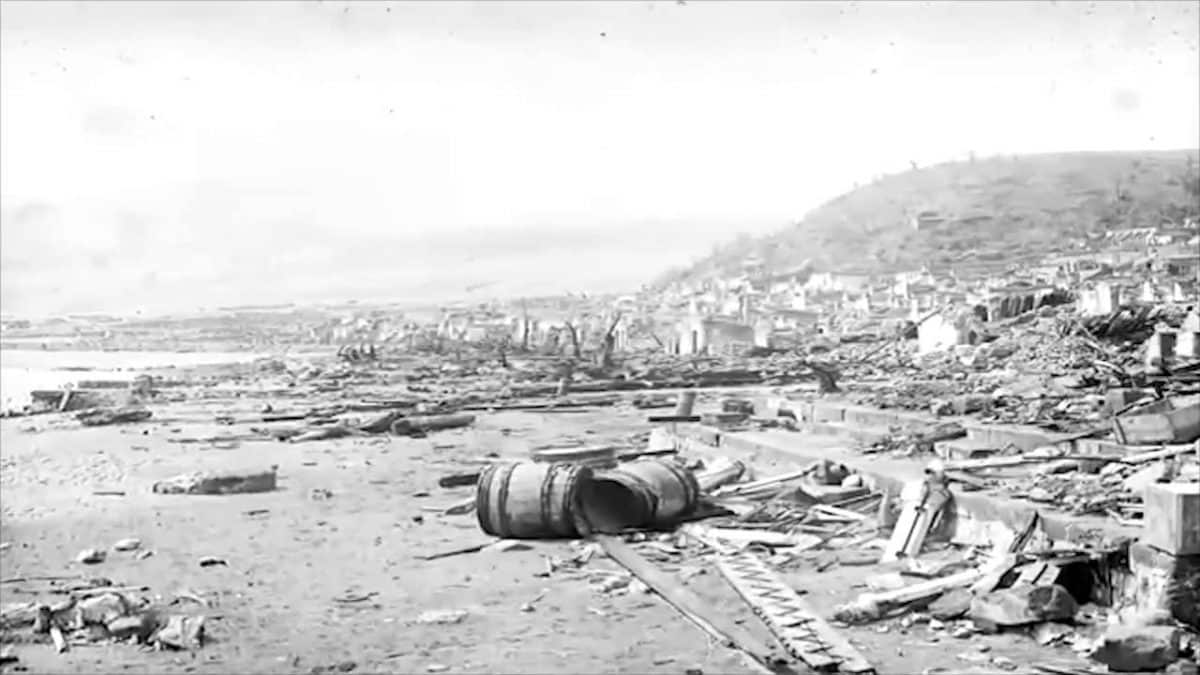 He was pardoned for his crimes and was eventually hired by Barnum & Bailey circus where he was known as the “living relic” and “the man who lived through Doomsday.” He shared his survival story and, at the end of his act, showed his scars – to the amazement of crowds. 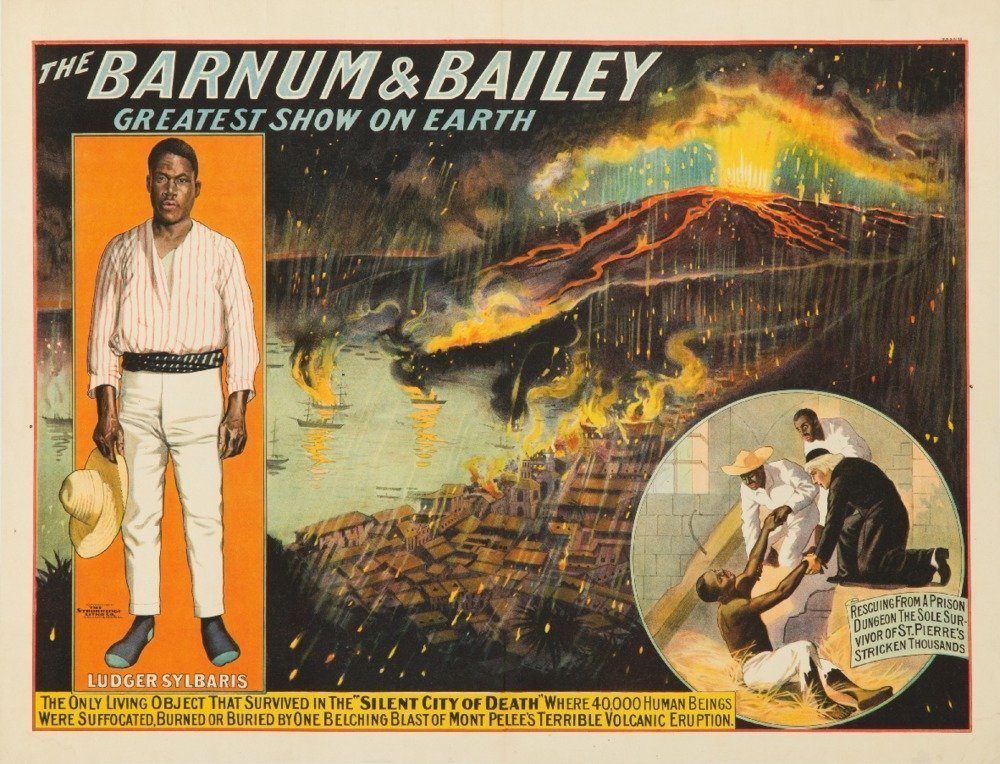 The 1902 eruption sent a black river of molten rock and gas that swept through the town of Saint Pierre in “less than a minute”. 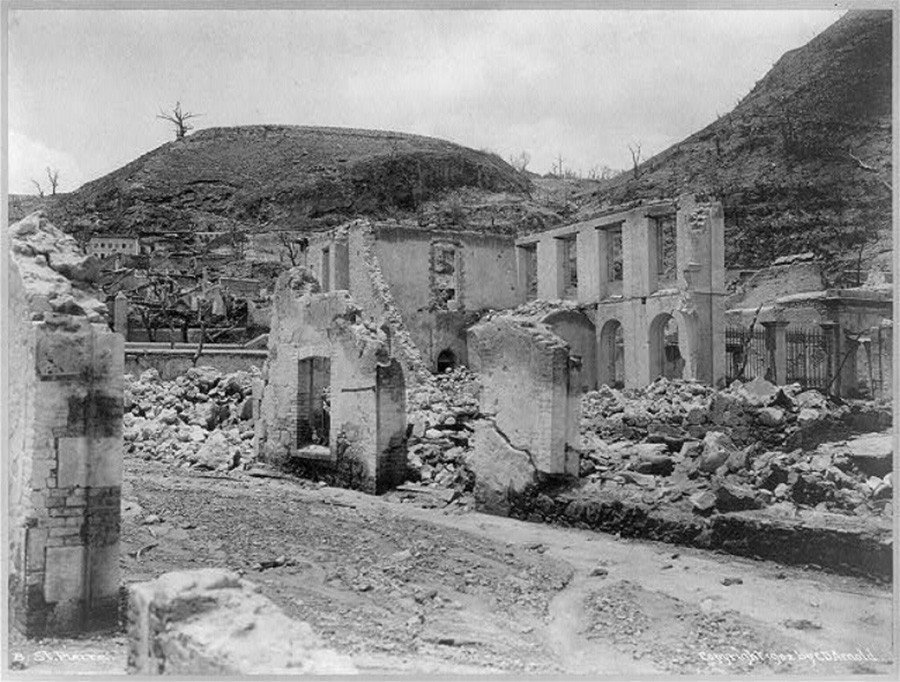 It was the deadliest volcanic eruption of the 20th century. 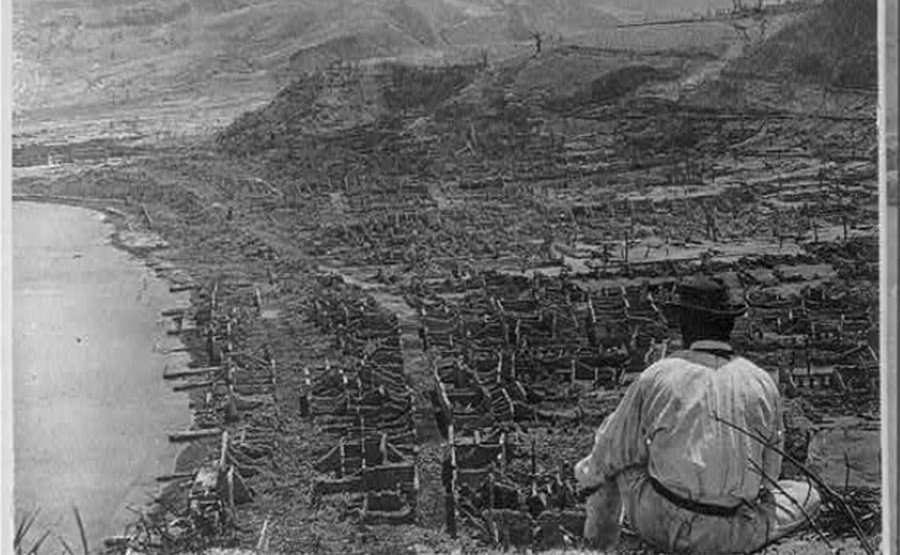