All reunions are heartwarming affairs. However, a lost dog also made his owner laugh out loud when he was finally found six miles from home. As it turned out, the adventurous pooch had made two new friends while he was away. Interestingly, his furry companions were another dog and an adorable goat.

Bo is a black Labrador that belongs to Kyle and Laura Krier of Concordia, Kansas. One day, his owners let him out to relieve himself but Bo didn’t return later that night. Naturally, Kyle and Laura were concerned for the pup and frantically tried to find him. Unfortunately, the dog was nowhere to be found. That was until Laura received a call about a black Lab being spotted close to the highway six miles away.

Bo went missing for an entire night but his owners had no idea he took some friends on an adventure. 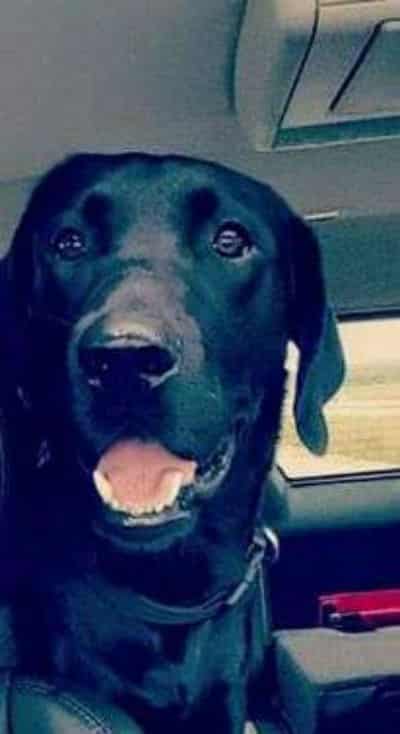 Kyle immediately drove out to look for Bo, who wasn’t alone. The viral video shows the black Lab running towards his owner’s truck along with a white dog and a goat.

Watch the awesome reunion below.

The video is made even more awesome when the furry companions finally get close to Kyle. “Hey, goat! You want to get in my truck, too?” Kyle asks as the goat approached him rather sheepishly. “Come on, hop in there! Everybody just get in.”

Laura and Kyle later realized that the white dog Ozzy and the goat Libby actually belonged to their neighbors Chris and Shawna Huggans. It is unclear which of the three animals decided to lead the others on their great adventure. However, it is comforting to know that they are all safe and can still see each other after the incident.

Libby and Ozzy live nearby so they can still hang out with Bo. 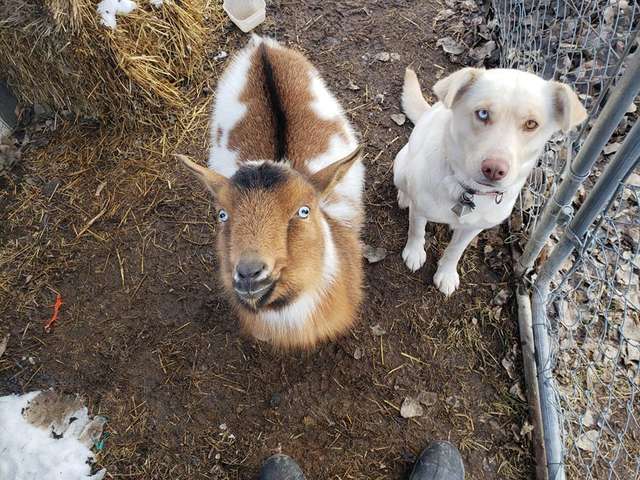 Although they are hoping that Bo, Ozzy, and Libby will not be going on another trip again soon, Laura thinks the story is something you can laugh about anytime.

“It was one of those stories that you tell your family and friends and they don’t believe you,” she said. “But then you watch the video and it totally happened.”

Bo and his friends were big news: