People who oppose the controversial Keystone Pipeline smell closure as it leaked about 5,000 barrels or an approximate of 795,000 liters of oil last Thursday. It goes way beyond the specified 50 barrels to classify a spill as significant.

The grassy field in a remote area near Amherst, South Dakota was totally blackened by almost 800,000 liters of oil that gushed out of the Keystone Pipeline. The site was already shut down by cleaning crews and emergency workers deployed to contain the leak, but the southern stretch continues to operate.

This is an aerial view of the wide leak of oil from the Keystone Pipeline 1 last Thursday. 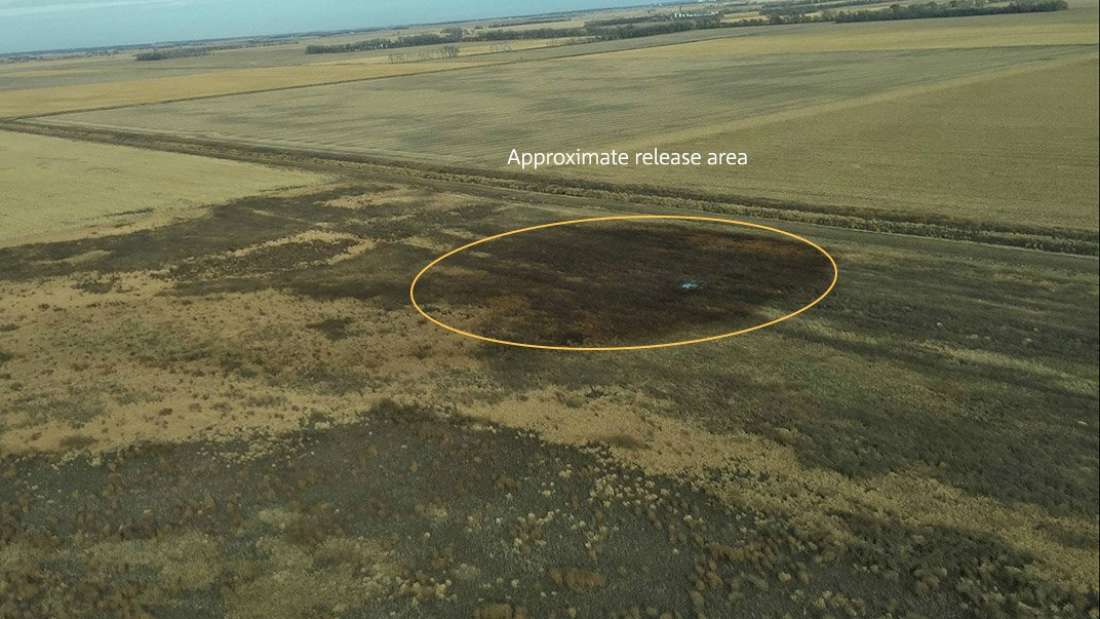 Environmental scientist, Ms. Kim McIntosh, of the South Dakota Department of Environment and Natural resources said, “this is not a little spill from any perspective.” However, she assured that no livestock or drinking water sources were threatened by the widespread oil leak and no farm buildings or residential houses within a mile were affected.

The leak came just a few days before regulators in neighboring Nebraska give their decision whether to grant the company’s proposal to construct the Keystone XL, which is an extension of the pipeline site, or not. The announcement was supposed to go down on Monday.

TransCanada, the pipeline company, released an official statement revealing the leak was detected at around 6 a.m. on Nov. 16. Teams were then appointed to investigate the cause of the leak. The company said:

“TransCanada appreciates the collaborative support of local officials, emergency response personnel and commissioners in Marshall County, as well as the landowner who has given permission to access land for assessment, identification and cleanup activities.”

The oil spill caused the Keystone Pipeline 1 in South Dakota to shut down.

The pipeline company took to social media to reveal a photo of the spill. The image shows a large, darkened area in a field which is worrying people in the state.

The Keystone Pipeline is just a part of the 4,324km system that carries crude oil from Alberta to several points in the United States, which includes areas of Illinois and Oklahoma. The company proposed to run about 1770km extension of the pipeline system which they dubbed as Keystone XL. But with the huge spill, opponents of the new project quickly cited the risks posed by the pipelines and urged the regulators from the Nebraska Public Service Commission to take note of the facts in making their decision. One of the dissenters, Ms. Kelly Martin of the Sierra Club said on Thursday:

The Keystone Pipeline System faced criticisms in the past years most especially when it proposed a new route to be constructed. 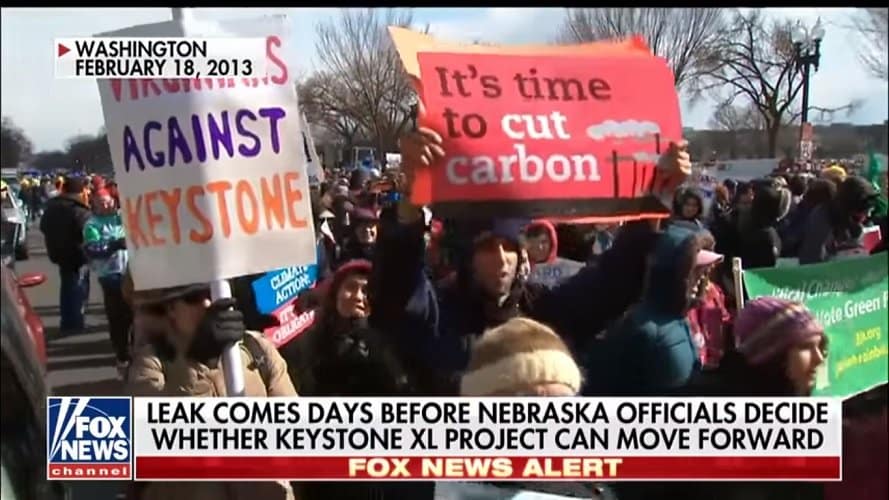 “We’ve always said it’s not a question of whether a pipeline will spill, but when, and today TransCanada is making our case for us.
This is not the first time TransCanada’s pipeline has spilled toxic tar sands, and it won’t be the last.”

The Keystone XL project gained strong support from U.S. President Donald Trump and most of the Republican politicians. This is despite the company facing years of vocal opposition from several farmers and ranchers who worry that a possible leak could spoil their groundwater sources and destroy agricultural land.

One farm owner near Page, Nebraska, Ms. Jeanne Crumly, whose land is along the proposed Keystone XL route said about the incident:

“That’s our fear – that pipelines do leak.”

Ms. Crumly and about 90 other Nebraska landowners did not sign easements with TransCanada for their project. They have even urged against issuing a permit for Keystone XL.

The spill that happened last Thursday is just one of the several major pipeline spills in the recent years. Over a million gallons of oil leaked from a pipeline system into the Kalamazoo River in Michigan in 2010. The other notable spill includes 50,000 gallons of oil that spread through the Yellowstone River in Montana in 2015, where the drinking water source was heavily contaminated.

Last year, thousands of protesters gathered near the Standing Rock Sioux Reservation in North Dakota to scrutinize the Dakota Access Pipeline. And now, it seems like more protesters will come out as the site of Thursday’s spill is near the boundaries of the Lake Traverse Reservation, which is the home of the Sisseton Wahpeton Oyate tribe.

Transcanda is taking responsibility on the leak but they are yet to determine the cause of the incident. 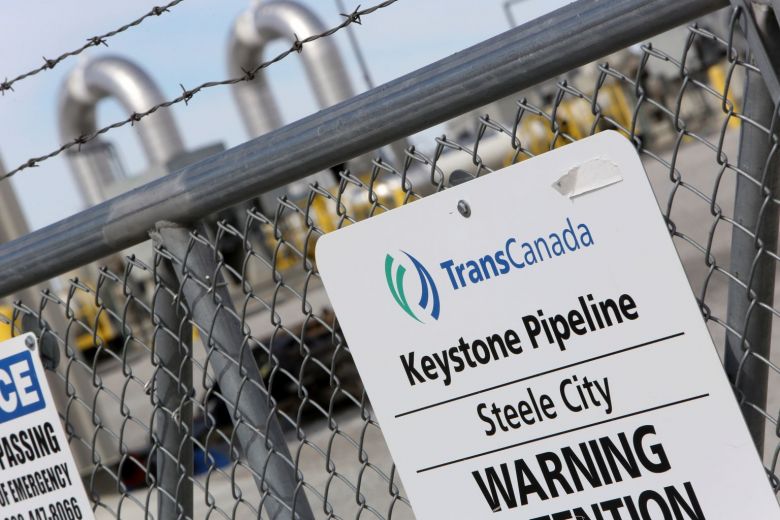 The tribe’s chairman, Mr. Dave Flute, said he was informed by the emergency management services on Thursday afternoon about a “substantial leak” in the pipeline. He said:

“We are monitoring the situation as this leak is adjacent to our reservation…We do not know the impact this has on our environment at this time, but we are aware of the leak.”

Ms. McIntosh reveals that the spill was actually “a large release” of oil. However, “the location of this is not in a sensitive area.” She also said that TransCanada employees and contractors are already at the Keystone Pipeline spill site and that soil cleanup workers were on the way, which people are overseeing.

“They’ve got a response plan that they kicked in right away,” Ms McIntosh said. “The area’s very rural, which is very positive. There’s no one nearby that is drinking any of the groundwater that may be impacted, so that’s less of an issue,” she continued.