MMA fighters have to be really tough to stay in this profession, not just with their skills and strength, but also their self-control. This applies not only to their temper but also to their ability to hold their bowels during a fight. And when shit happens, like literally, they should have the mental fortitude to just laugh it off and charge it to experience.

Justine Kish took a loss at UFC Fight Night 122 when she fought Felice Herrig but it wasn’t the loss itself that was the most humiliating.

In the third round, Justine Kish was clearly struggling against Felice Herrig’s tight clinch. 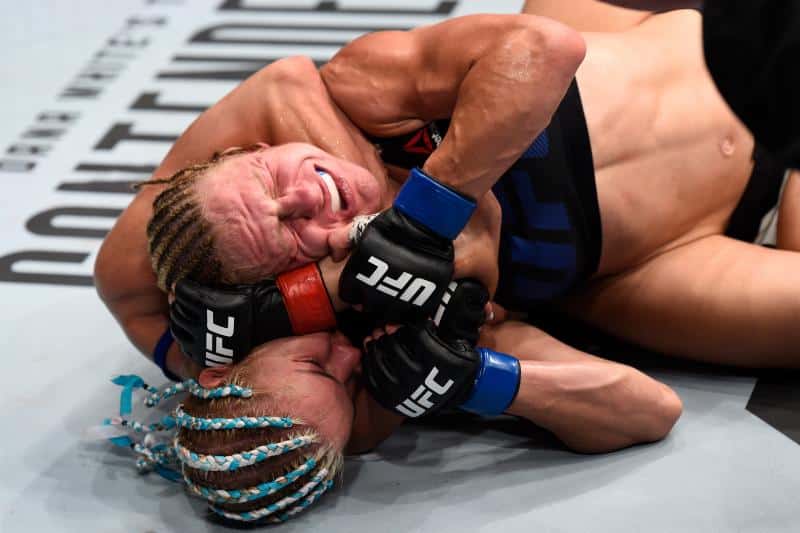 She miraculously escaped that one but what people saw on the canvas clearly showed how much of a struggle it was for her.

She apparently pooped herself as she was getting out of that brutal choke. 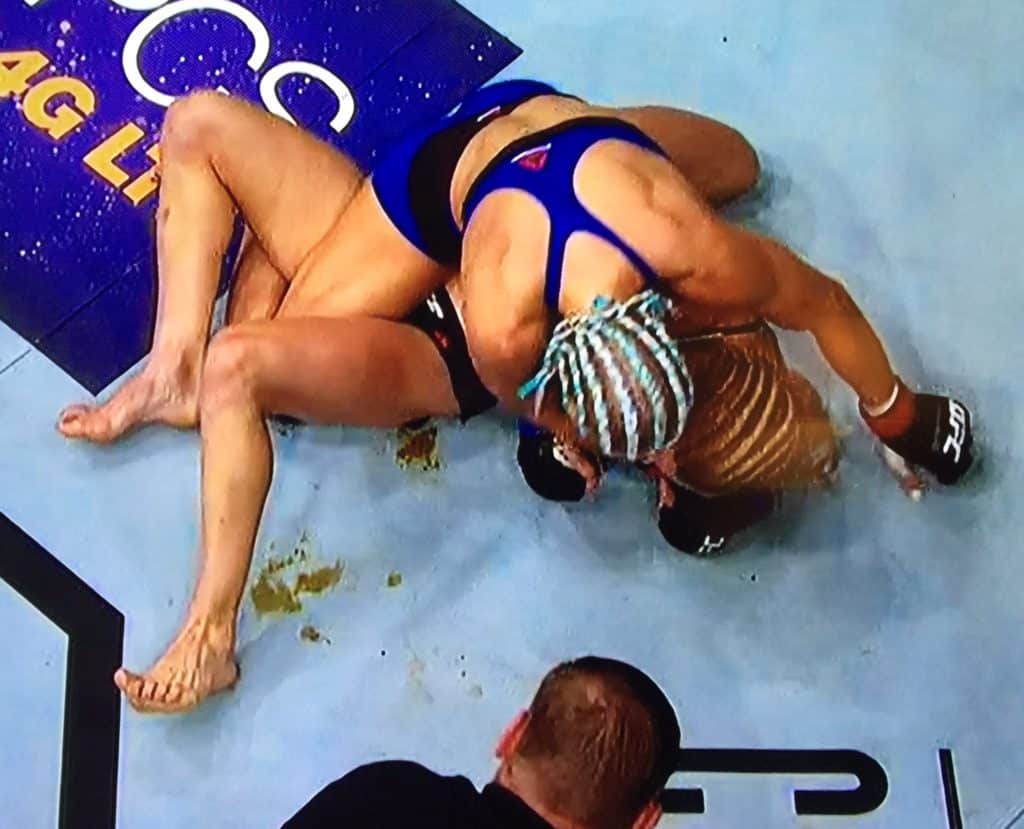 Luckily, the strawweight fighter has a healthy sense of humor and was able to joke about the incident, which would have mortified most people, even MMA fighters.

Justine was able to joke about the whole thing afterwards via Twitter. 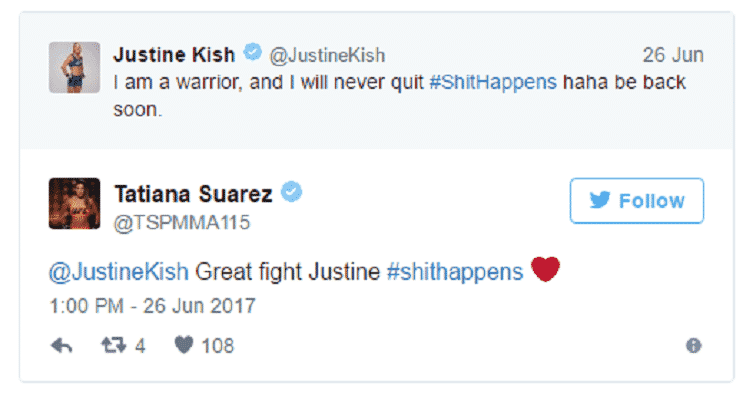 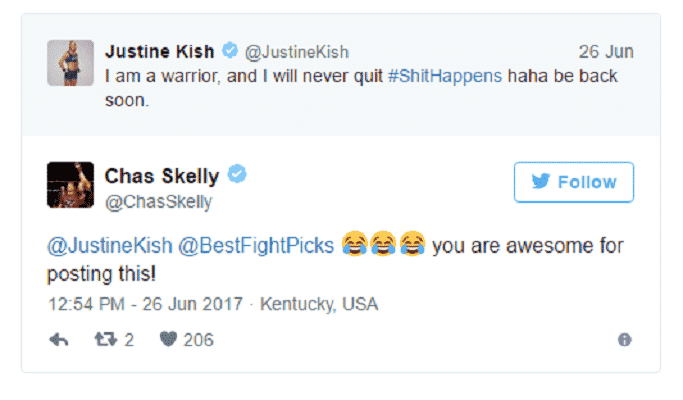 Justine lost via unanimous decision. Felice Herrig dominated the fight with her takedowns and her unfaltering submission attempts. Before the fight, Justine had six consecutive victories and all were actually impressed with how she got out of that choke. She took the whole incident in stride and is already eyeing her comeback after the first loss of her career.

The fight would have been over sooner with the win awarded to Herrig, according to UFC referee John McCarthy. The match would have been stopped as soon as the feces were discovered on the mat during the fight. The win would have been handed automatically via a technical knockout to the one who DID NOT lose control of her bowels or bladder. 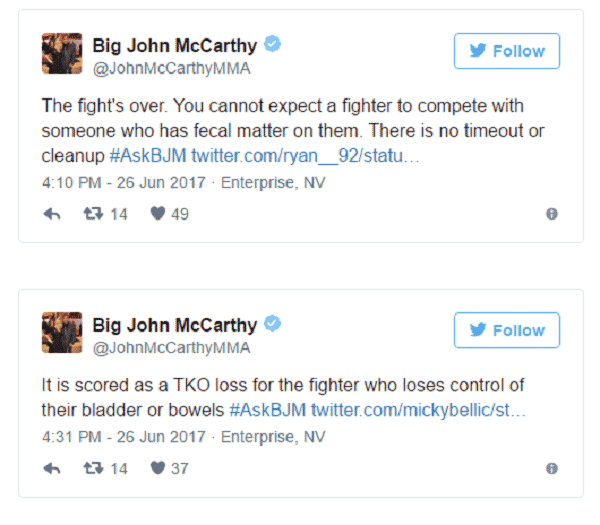 This is not the first time that a fighter lose control of his or her bowels during a fight. In 2014, Travis Wolford also pooped on himself during his heavyweight match with Daniel Cooper.