During the hot summer months in Central Texas, one can get relief from the stifling heat by either downing an ice-cold glass of beer, staying in their air-conditioned rooms, or swimming in one of the world’s most dangerous natural wonders, Jacob’s Well.

The mystery of Jacob’s well is what attracts people to swim in it. It is a thrill seeker’s paradise. While the waters are indeed refreshing and it’s beauty impeccable, it’s also the deathbed of many a few divers. It’s a never-ending black hole that has lured people to their demise.

Its water is pushed upward by the Trinity aquifer and spills its water into the Cypress Creek which lies nearby. It has been a magnet for tourists and locals alike because of its allure.

It has also been a favorite among the adventurous types, with its uncharted caves underneath. The dangers lurking beneath Jacob’s Well are real.

At least eight people met their untimely end at Jacob’s Well, a place considered as one of the most dangerous diving places in the world. Divers who probed the well complained of thin openings in the underwater caves that can cause divers to get caught and drown in the process. 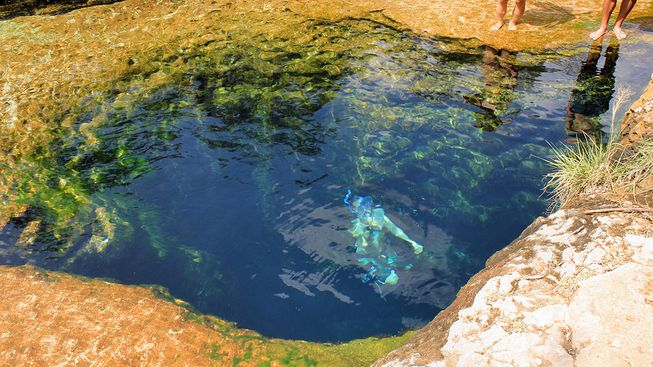 It aims to create a detailed map of the black hole, and seven years later, they have successfully documented at least 6,000 feet of passageways. It just goes to show the enormity of the Jacob’s Well. The best of scuba divers even complained of the areas “ unforgiving environment”.

Named after a biblical place where Jesus offered “living water” to a Samaritan woman, this wonder of nature can be best enjoyed by just safely dipping your toes in the well’s entrance, but if you’re looking for a daredevil experience, you can swim at your own risk.