It’s always a happy day for parents when a toddler begins to speak. Hearing a baby utter his or her first words can be a very exciting and touching moment. In fact, it is one of the biggest milestones in the life of a child. Parents couldn’t help but brag endlessly about it even if the child’s spoken word was a simple one – such as Dada, Mama or other similar words.

Of course, teaching a toddler to speak is never an easy task. It involves a lot of practice and repetition. Parents and caregivers, if there be any, should all be involved to achieve the desired results.

But what if your dog starts talking before your baby does? That is exactly what happened in this hilarious footage. 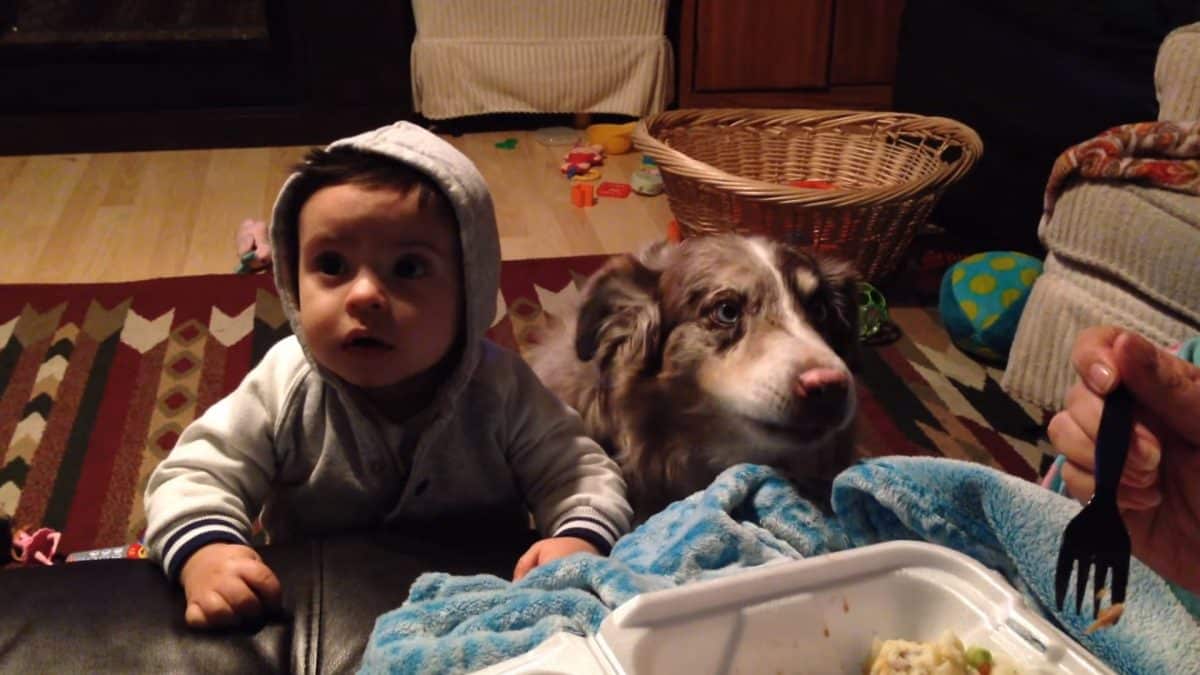 This unbelievable video is called “Dog says mama and baby can’t” and that title pretty much sums it up. It lasts only 28 seconds but has already been viewed millions of times since being uploaded on YouTube.

As you’ve just seen, the mother was trying to teach the baby to say “Mama” while teasing him with a fork full of food. The pooch looks over, hoping that he would also get his share.

Well, it seems a hungry doggie will really do anything for food!

Everyone present in the room erupted into a hearty laugh as the dog stole the spotlight and made a successful attempt to talk. Also, it was funny how the baby tried to shut the dog up at the end of the clip.

YouTube user Liesmith commented “I think I would probably buy that dog a steak to celebrate its first words.”

Two thumbs up for this super smart dog!