I love books and no matter how many I got, old and new, I would still stick to a few favorites and reread them from time to time. I guess that’s the beauty of owning one, you get to relive the words, lines and stories that touched you the most just like Paul’s which started with his love of books.

Reddit user Mjuad first met a homeless man named Paul reading a book in the streets of Las Vegas. After a week of crossing paths, he found out this heartbreaking fact about Paul, that he has been reading the same book over and over again, from beginning to end, page after page.

Being a book lover himself, the once stranger did the unexpected when he surprised Paul by giving him a kindle filled with hundreds of free ebooks. Mjuad, a businessman from San Diego, was touched by memories of his own near-poverty experiences, considered the Kindle to be a small act of kindness, it only cost an hour or two of his current salary. He passed the little electronic reader, fully stocked with hundreds of books both classic and new, to Paul. It is not about the monetary value of the gift but the little act of kindness which transcends any great deed and will forever leave its mark.

A photo of Paul with his kindle. Mjuad said seeing him everyday reading from it brings him so much joy. God bless both of them! 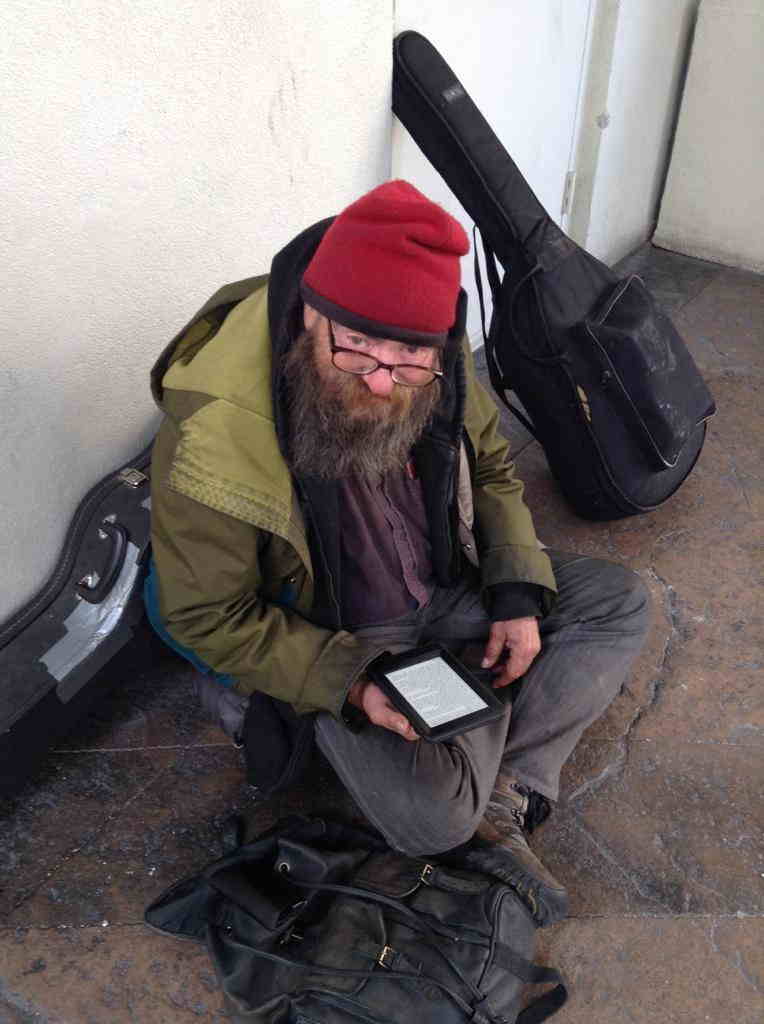 “I’ve walked past him every day this week on the way into work and said hi to him and he says he has hardly put it down. I’ve never seen someone so happy to receive something and it brings me so much joy to see him every day reading from it,” mjuad writes on Reddit.

Mjuad said the act of kindness was inspired by his own personal experience. According to him, “I make a very good living but have also been nearly where this man is.” While Paul on the other hand, is into reading again. He said he can hardly put it down yet this time though he has many books to choose from, thanks to Mjuad.

Some people have reacted that this gift is not really necessary. Stating that Paul have greater needs such as food. But this gesture is actually pretty awesome. Sure the poor guy is still homeless, but quality of life is something people forget about. A couple of bucks for the kindle would have fed him for a month if used wisely, but what good are the essentials of life if you spend each day more miserable than the last?

“The little things are the big things,” they say and this story teaches us exactly that. According to the source, Paul is now reading the “Game of Thrones” series.