Everyone hates scammers. Sadly though, they’re everywhere even in social media. It doesn’t mean however that we can’t have our own bit of fun with them the moment they decide to scam us. This is exactly what Frank Flemming Jensen did, when a woman scammer messaged him on Facebook.

Sandra Jones, is a pretty looking girl when you check out her profile photo. We’re not sure though if this is really her, but all we know is that she tried to scam Mr. Jensen for money to buy a plane ticket. It was quite brilliant and ingenious of Frank Jensen to make use of song lyrics to respond to the scammer instead of being irate immediately.

What got us scratching our heads is that it took Sandra quite some time before she realized that she was being trolled by the person she was trying to fool herself. The joke was on this scammer this time around. 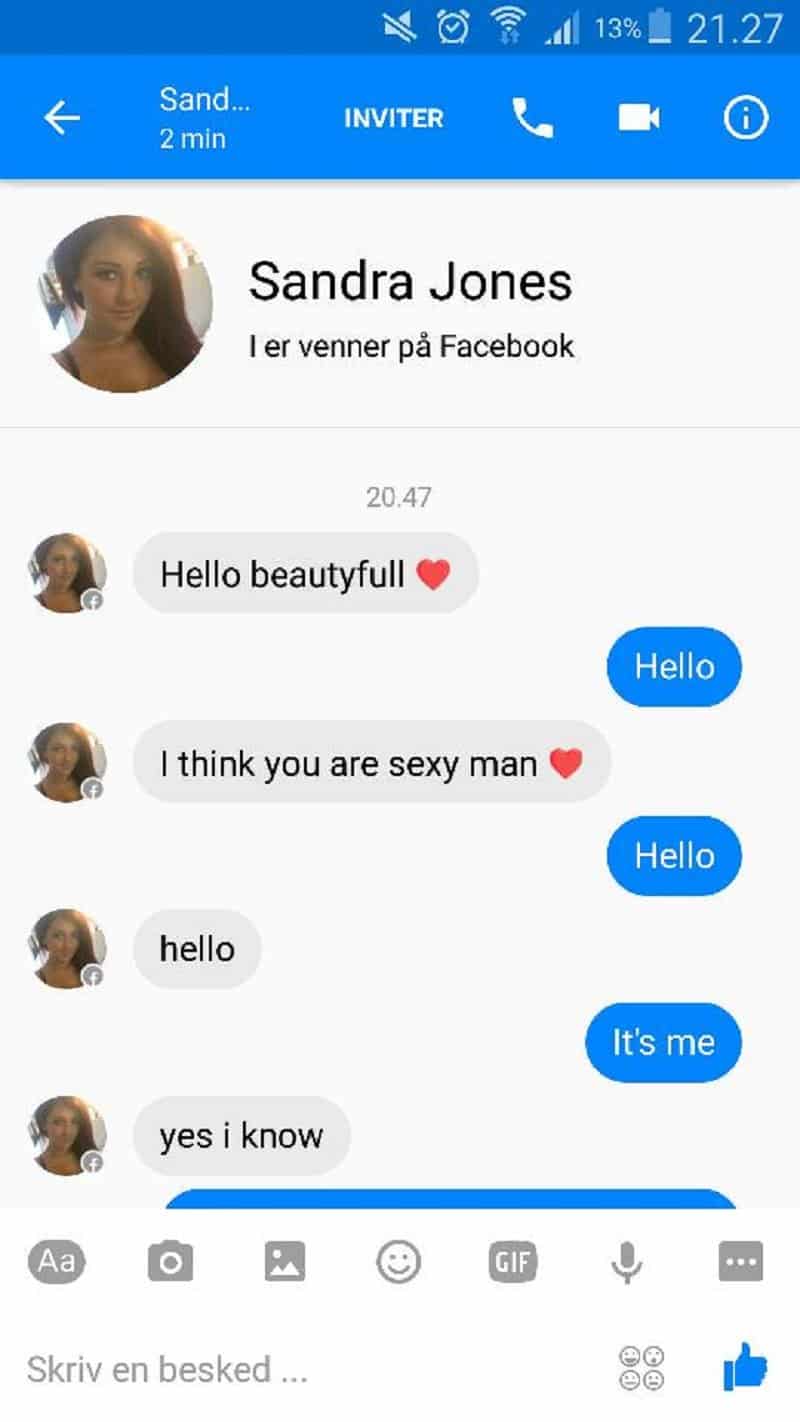 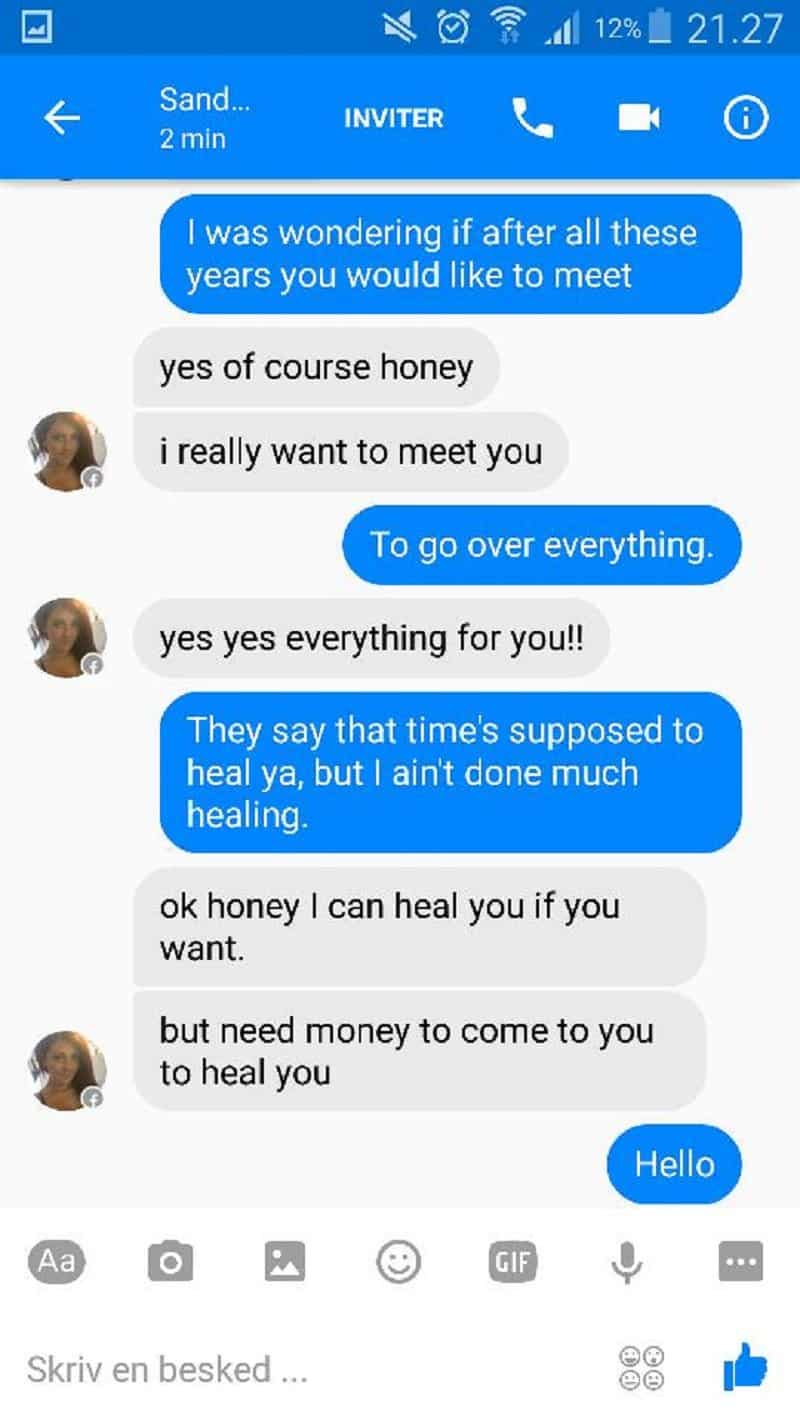 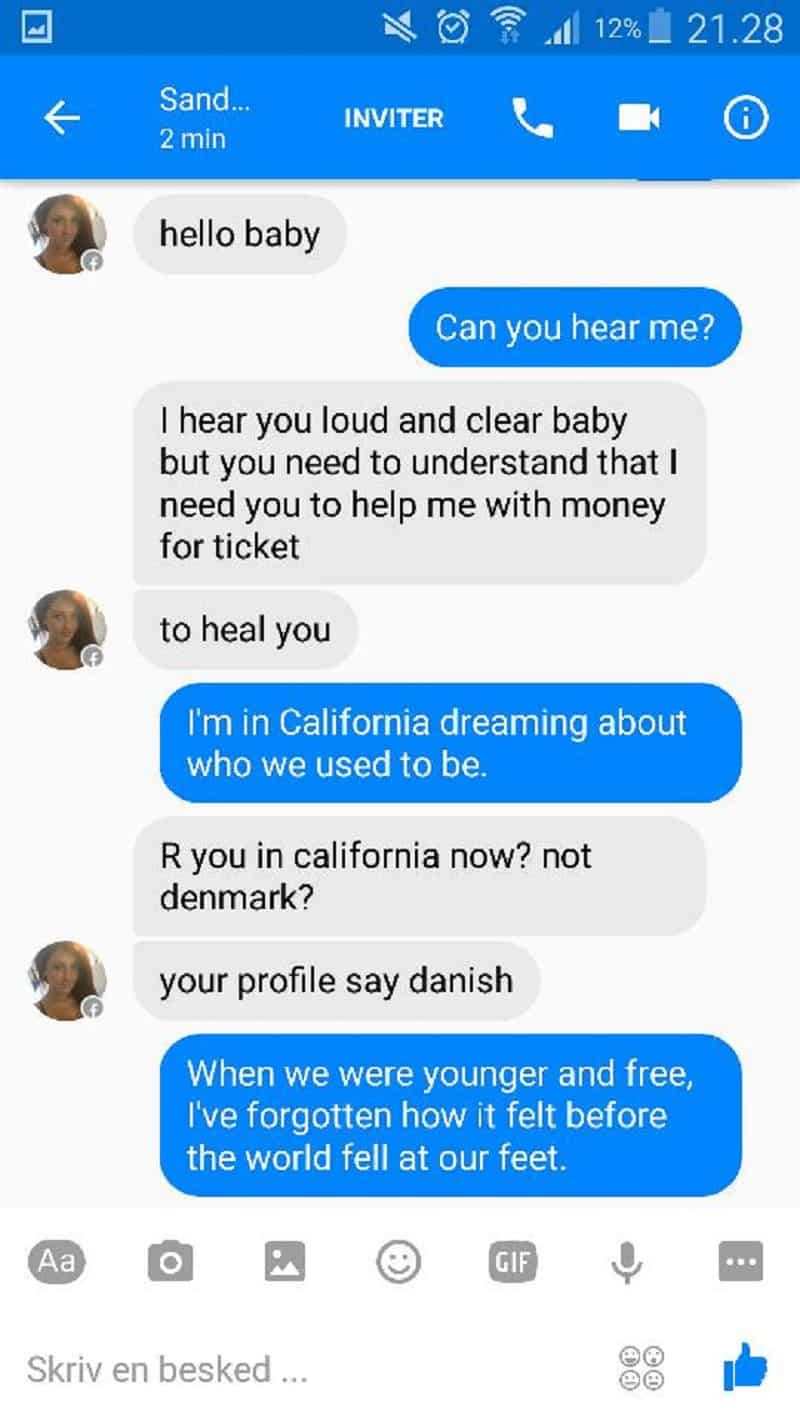 Mr. Jensen had the most brilliant idea of responding back to the scammer by using only Adele’s ‘Hello’ lyrics to answer her plea to send her money for a plane ticket. From the onset, Mr. Jensen was already doubtful of her intentions. We bet you would to, if a stranger decided to send you a message asking for money or a plane ticket so they could see you. 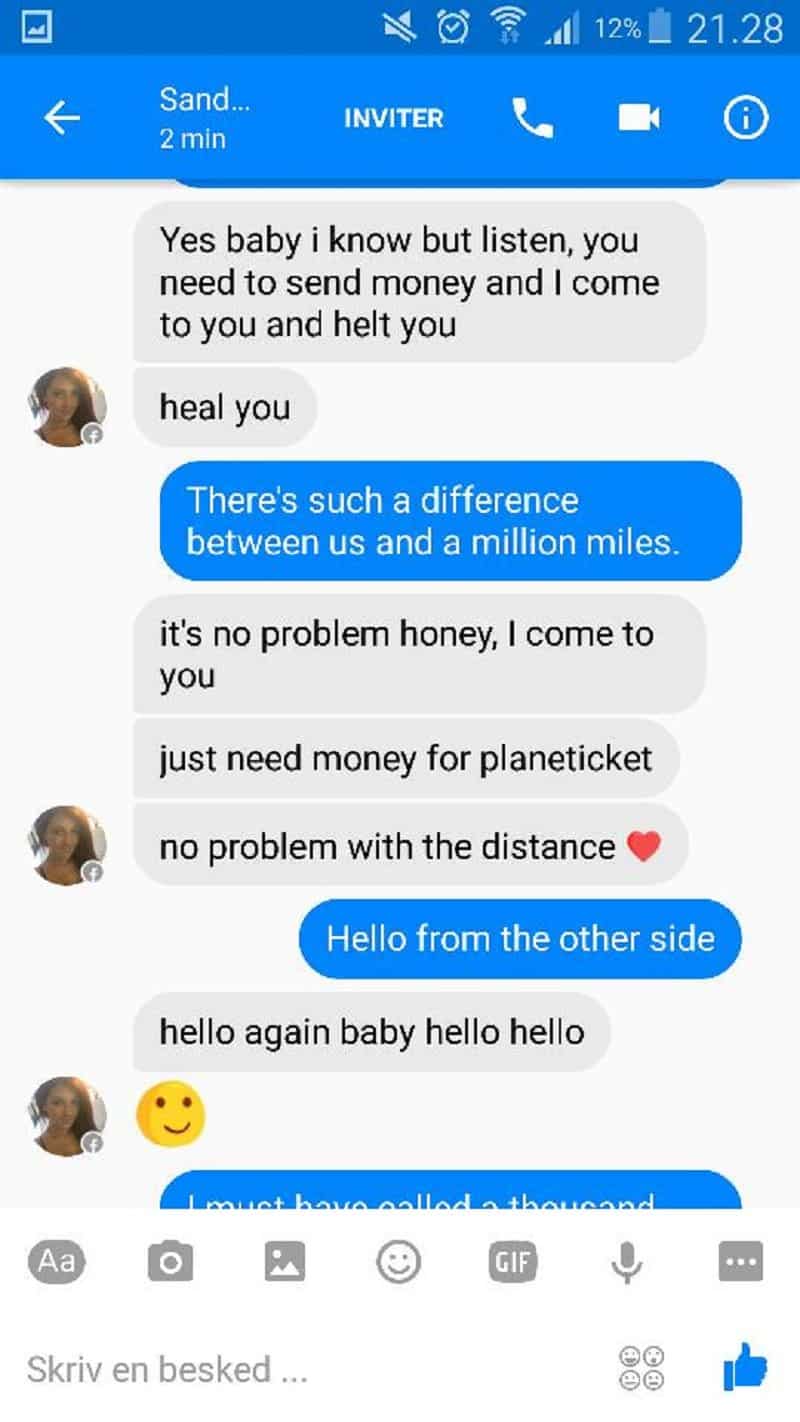 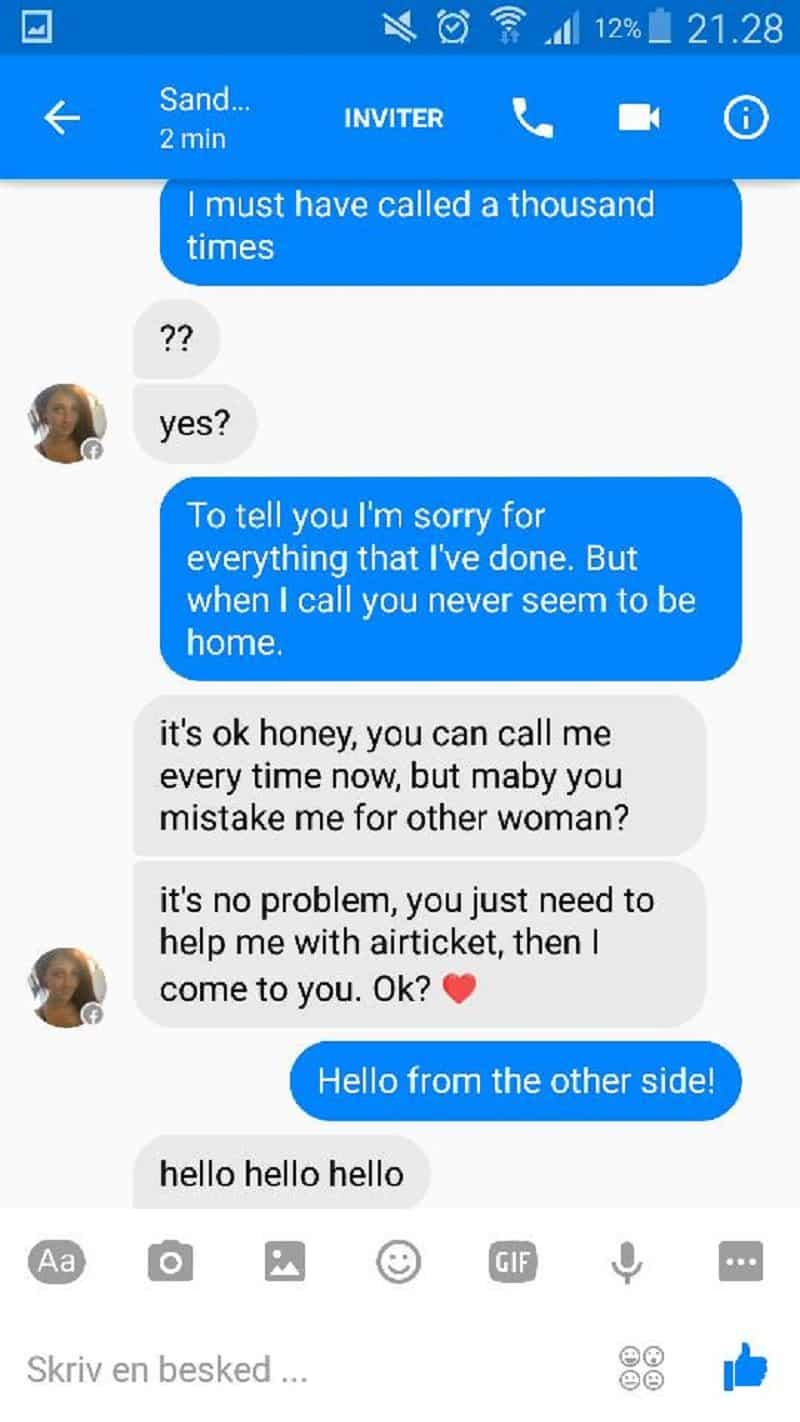 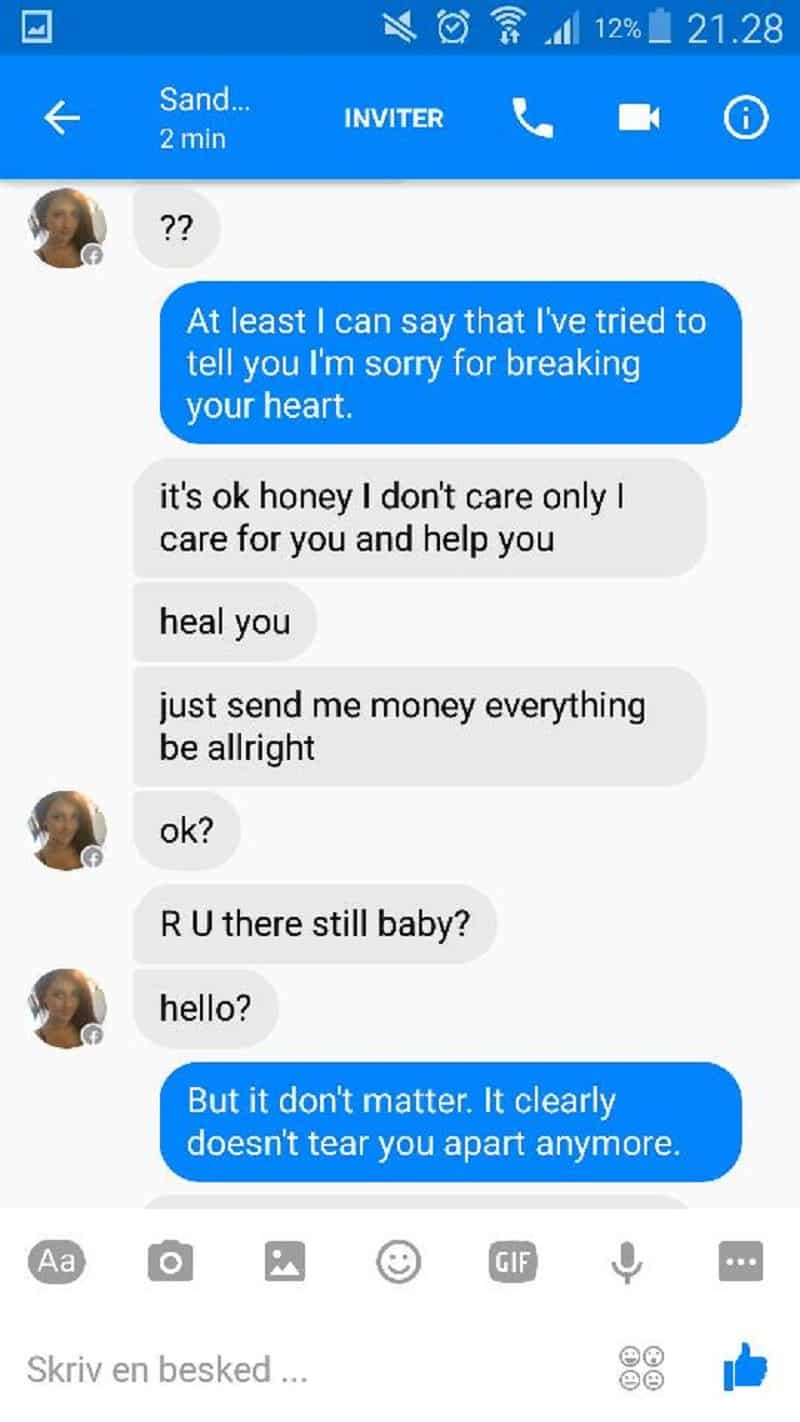 It took quite some time before the woman realized that Mr. Jensen was stringing her along with the moving lyrics of Adele’s breakthrough song in 2015. When the scammer finally grasped that she was being fooled, all hell broke loose between Mr. Jensen and her. 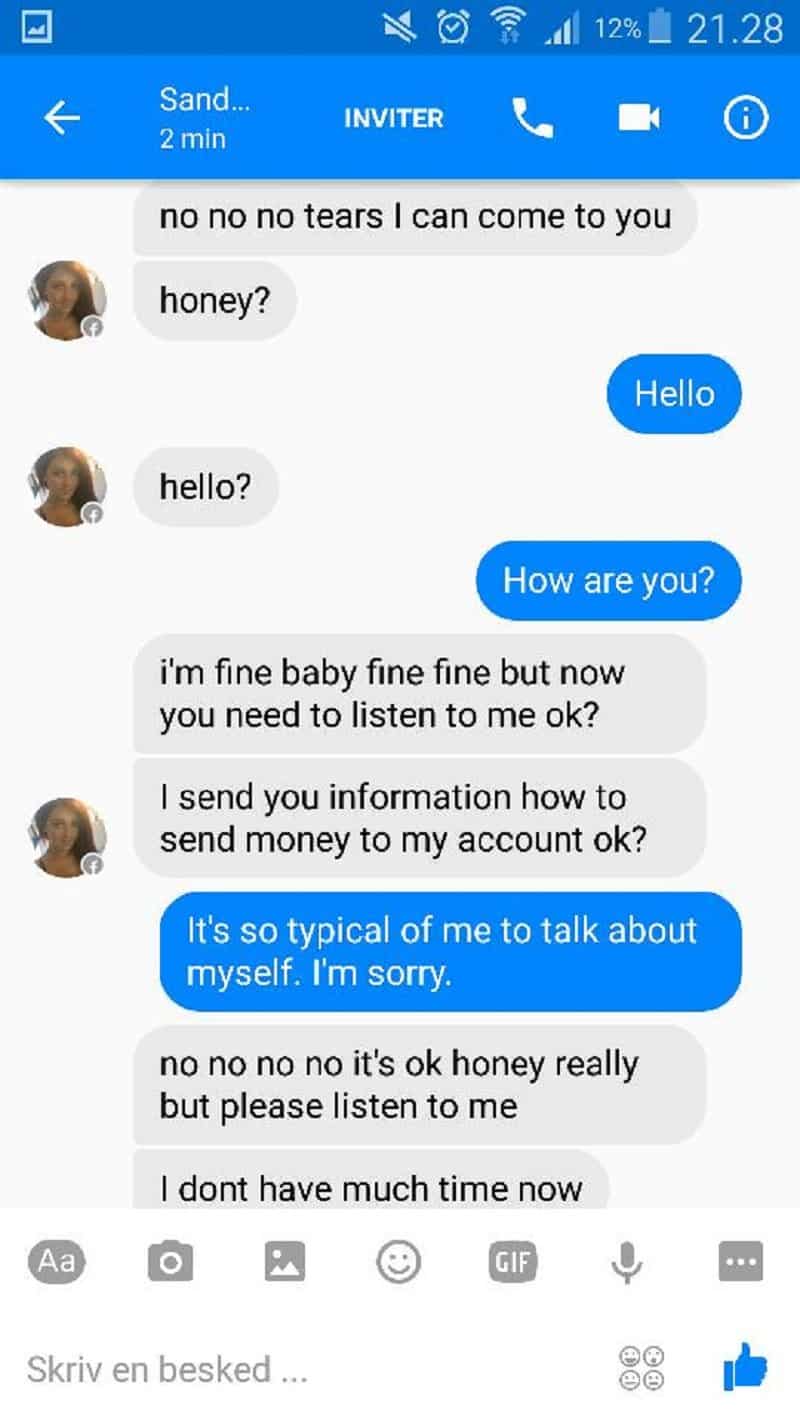 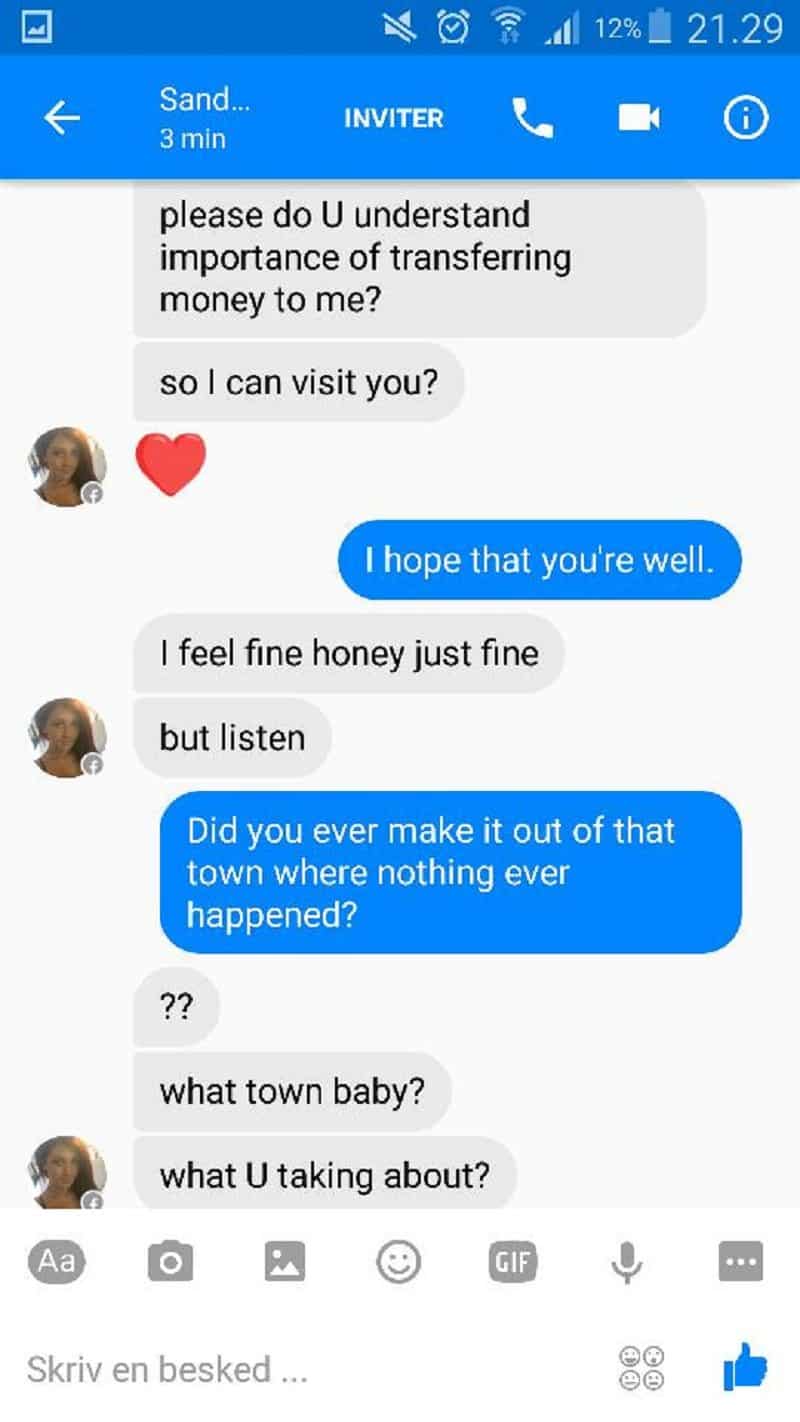 The online exchange has found its way to Reddit when Redditor Dane Sebastian Kirk uploaded the conversation. It has since been viewed 300,000 and garnered over a hundred comments. Danish newspaper Metroxpress was able to get hold of Mr. Jensen. He told them, “I had just heard ‘Hello’ on the radio when I got the message so it came quite naturally.” 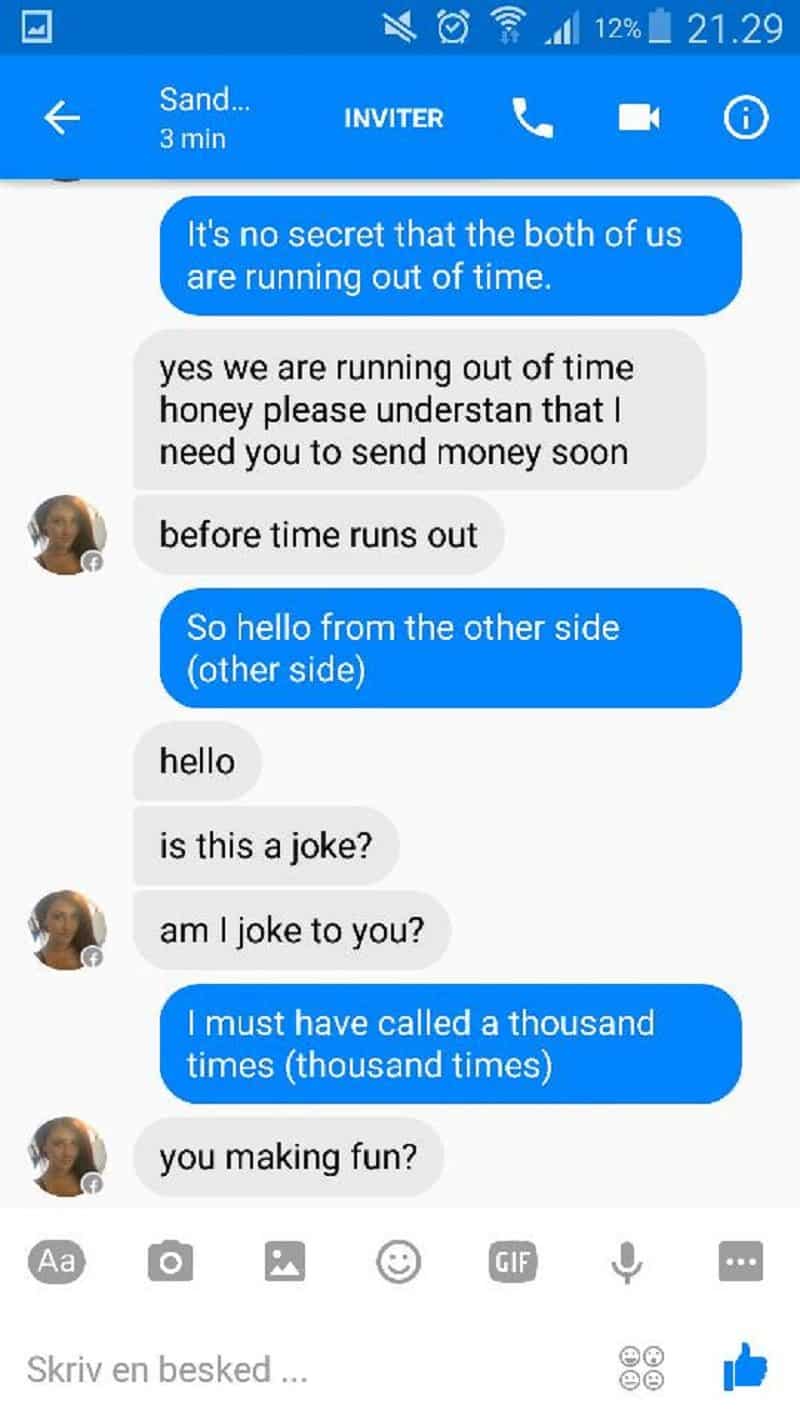 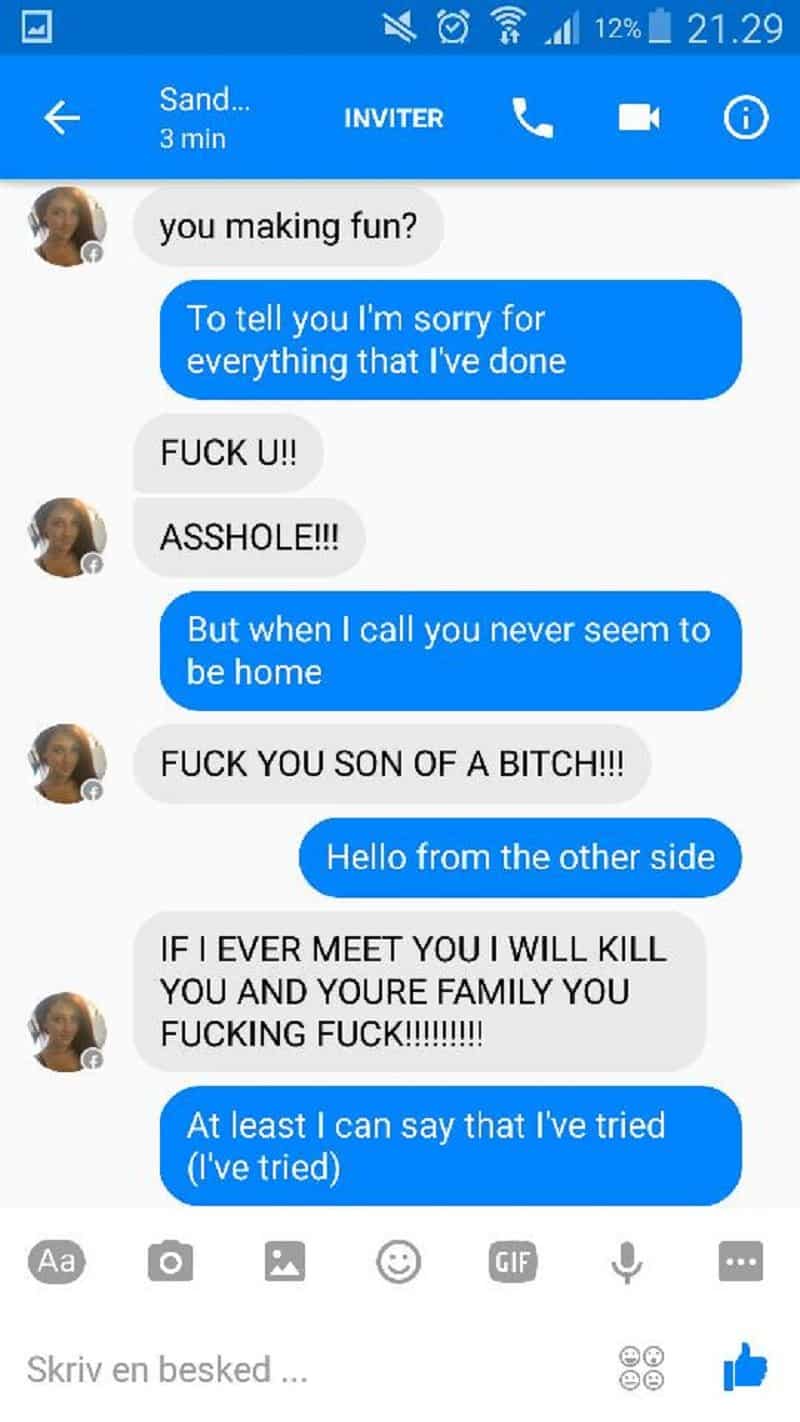 For those of you who aren’t familiar with the song, we highly encourage you to check out this vid then re-read the convo again, this time with feelings.

The next time a scammer decides to message you on Facebook, you might want to take your cue from Mr. Jensen and use Adele’s song to send them away.