What better and tastier way to cool off the summer heat than to have some ice cream? But what if the ice cream itself is hot and spicy?

It’s a unique combination of hot, spicy and cold but that’s what an ice cream shop, aptly named The Ice Cream Store, in Rehoboth, Delaware has achieved.

Such a unique flavor is available at the shop owned by Chip Hearn, and interestingly, a lot of customers are curious about his creation, the Ghost Pepper ice cream – and you might already have a pretty good idea what the main ingredient is.

It looks just like an ordinary vanilla ice cream topped with strawberry sauce – until you taste it. 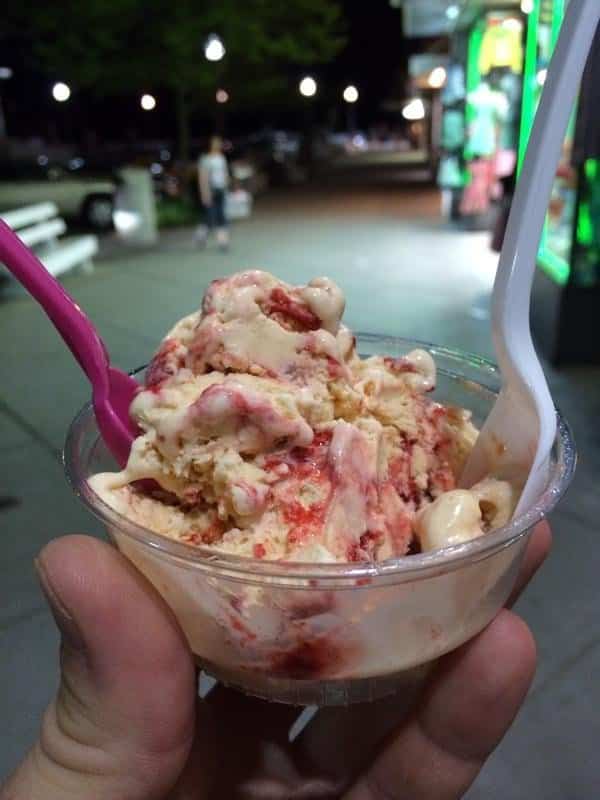 The frozen treat has a simple vanilla base topped with strawberry sauce, but an infusion with ghost peppers makes the flavor so exciting – and potentially dangerous.

The Ghost Chili Peppers are among the hottest chilies in the world. 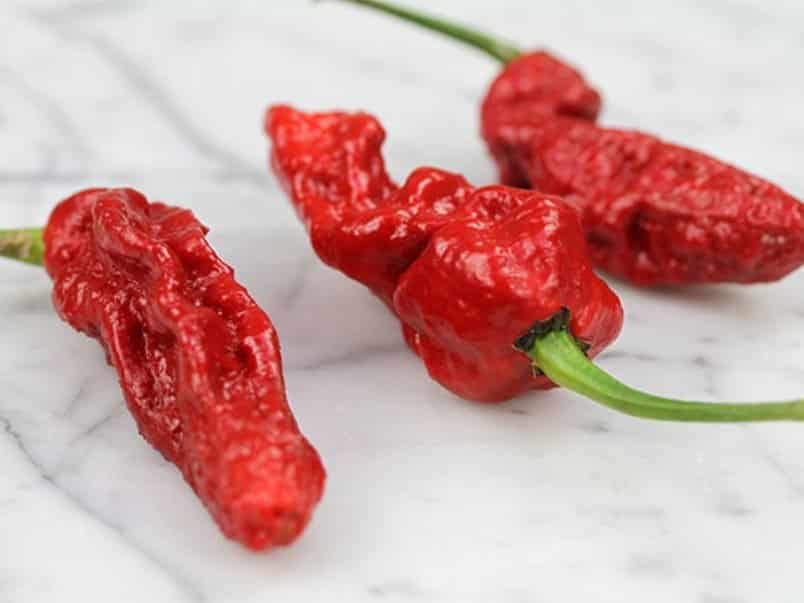 Ghost peppers are among the hottest chilies in the world – that’s like 100 Jalapenos in one ghost pepper. So how does an ice cream with ghost peppers taste like?

“It’s really hot. The first one wasn’t so bad. But the second bite? It got me in my lips,” Troy Salvatore, a customer, told Delaware Online. Anyone who wants to have a sample of the ice cream won’t get to have it that easy. Because eating ghost pepper ice cream can be potentially dangerous, a customer will need to sign a waiver before eating.

Customers who want to taste the ice cream need to sign a waiver first. 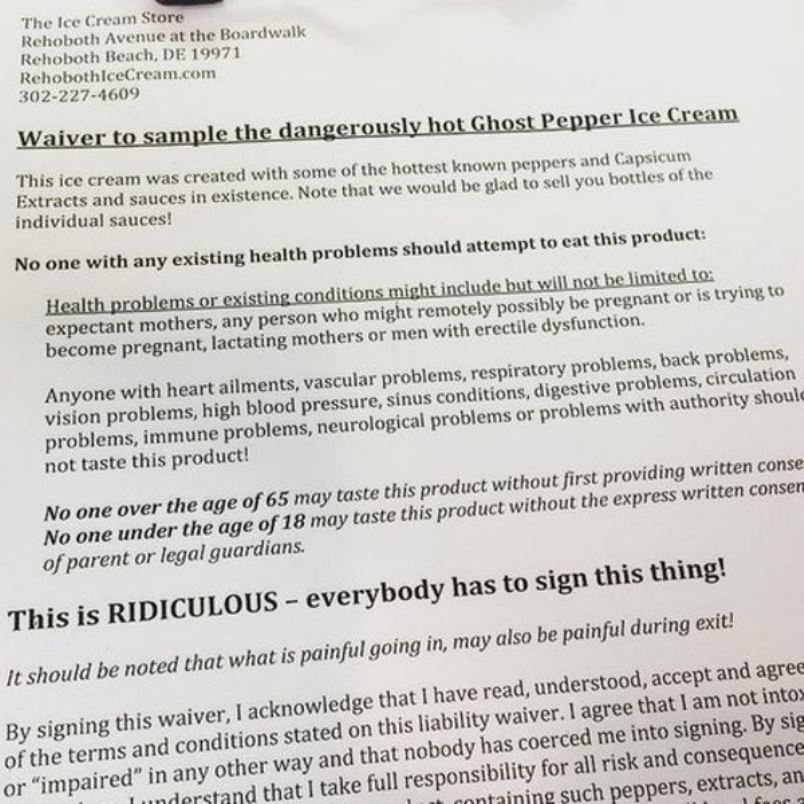 The waiver states that no one under 18 and over 65 years old should have a taste of the infamous ice cream. More importantly, pregnant and lactating women and people with ailments involving the heart, respiratory system and vision, among many, should also not try the unique dessert.

This treat may be so popular but the shop is serious that trying out the Ghost Pepper Ice is no joke.