A woman in France named Sandrine Devillard is being tagged as a gold digger after she contested her late husband Marcel Amphoux‘s will. He had left his millions to his cousin and his properties to his tenants. As such, Sandrine took the matter to court.

Marcel, a rich old farmer who lived like a hermit, wasn’t exactly a handsome guy but he was a well-loved toothless figure in the small French village of Puy-Saint-Pierre. At 67 years old, he was considered as eccentric. He did everything the old school way. For instance, he lived in a hut without electricity or running water.

They were worlds apart but she insisted that she got attracted to him. 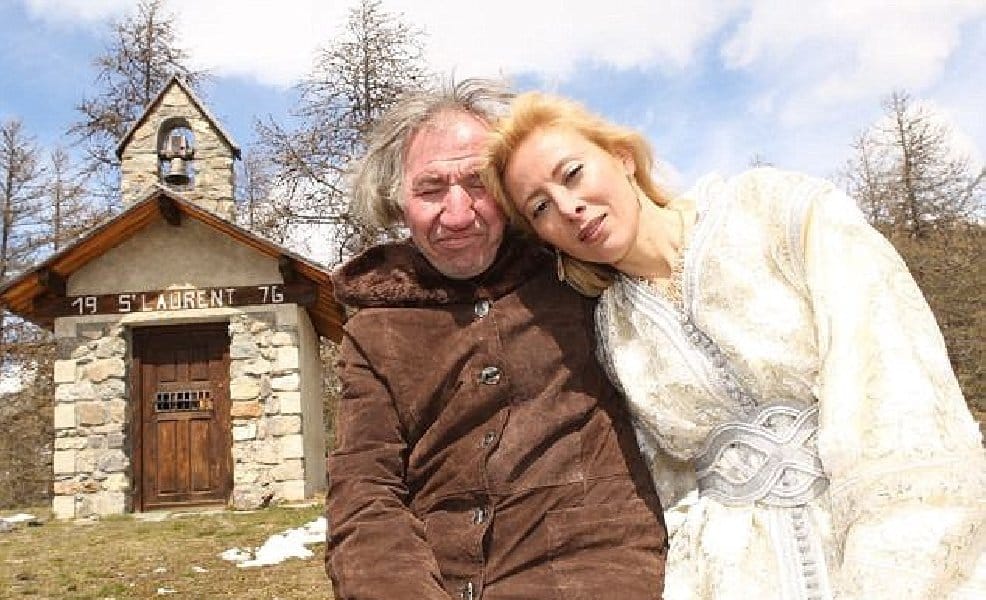 However, due to his work ethic, Marcel was very successful and managed to buy more property in his village. He owned six acres of prime land. He built huts on his land and had tenants. They described him as a very compassionate landlord. Despite his perpetually disheveled clothes and messy hair, he was just a quiet old man who minded his own business.

It wasn’t long before she convinced him to marry her. 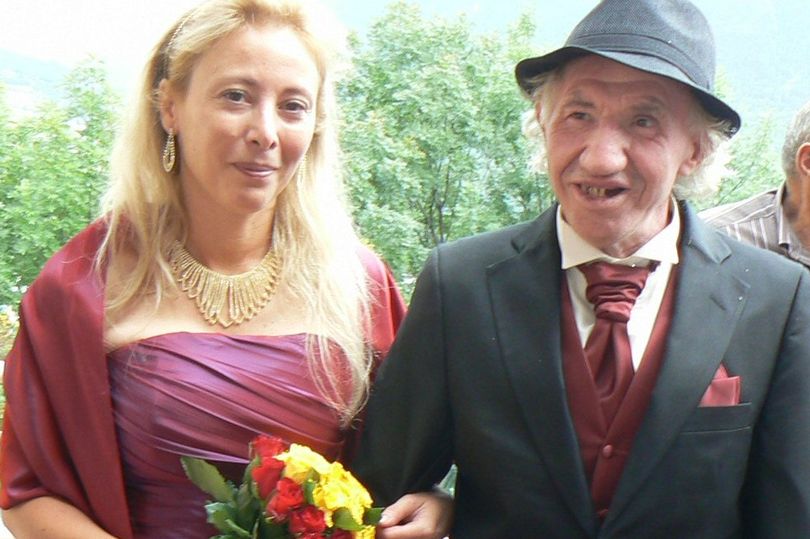 Though he didn’t have luxurious homes, Marcel’s properties were great locations and had superb views of the mountainside. Over the years, the value of his property skyrocketed. Despite this, his fellow villagers revealed that Marcel remained humble. Although he liked to be by himself, he was generally friendly to everyone.

His fellow villagers openly showed their disgust of her. 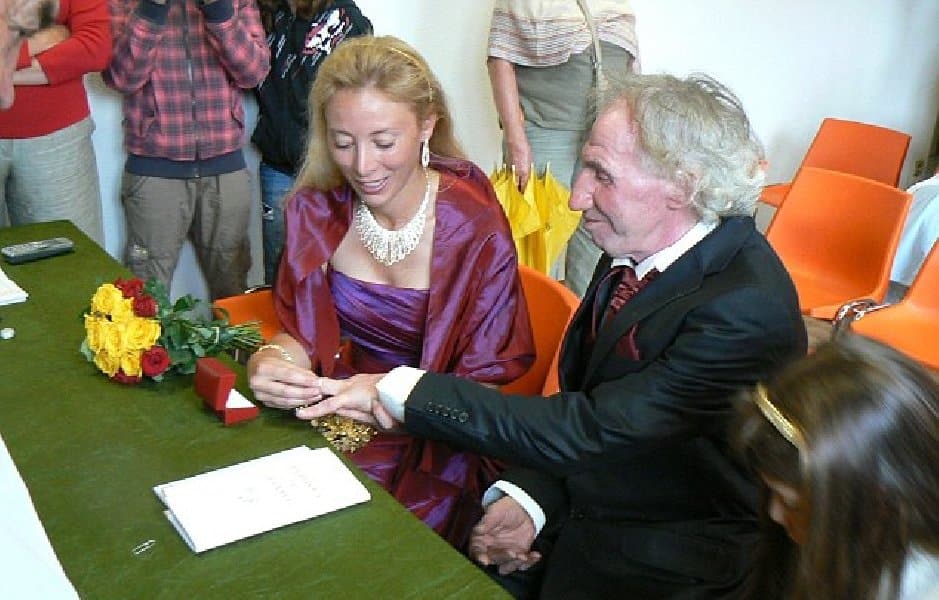 “Sandrine met ‘mountain man’ Marcel when she tried to buy the five huts he owned close to exclusive ski resort Serre Chevalier in the French Alps which were said to be worth millions.”

Her sweet gestures to him seemed to be all for show. 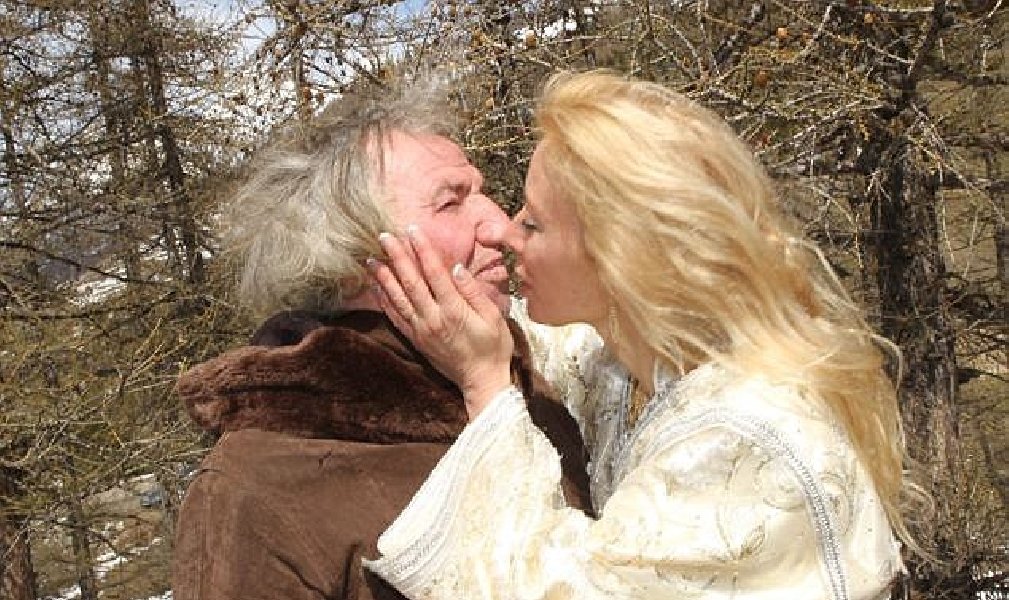 Sandrine, who was 25 years younger than Marcel, was glamorous and led a life that was the opposite of Marcel’s. That was why Marcel’s friends immediately got suspicious when she started acting sweet towards him. Right from the start, they already branded her as a “gold digger.” Unfortunately, Marcel fell for Sandrine and they got married in late 2011. At that time, Sandrine thought she had already been added to his will.

In response to intense speculation in the village of Puy-Saint-Pierre who labeled her a gold-digger with bad intentions. Sandrine tried to silence her critics with a self-penned song and music video about her love for her husband, in which she frolics in the mountains and he makes a brief appearance. The song was supposedly dedicated to Marcel.

Curiously enough, Sandrine didn’t live with Marcel after they got married. She remained in her own home in Paris, where she supposedly ran her real estate business. When asked about this arrangement, Sandrine merely said,

“But I visit my husband as often as I can. To see him and to make him smile.”

In 2012, only a year after their wedding, Sandrine sent two of her friends to take Marcel out on a drive. Unfortunately, there was a car accident that some people find oddly mysterious. Marcel died but Sandrine’s two friends — one of whom was driving the car — survived.

Marcel died in a mysterious car crash but two of Sandrine’s friends, who were with him, survived. 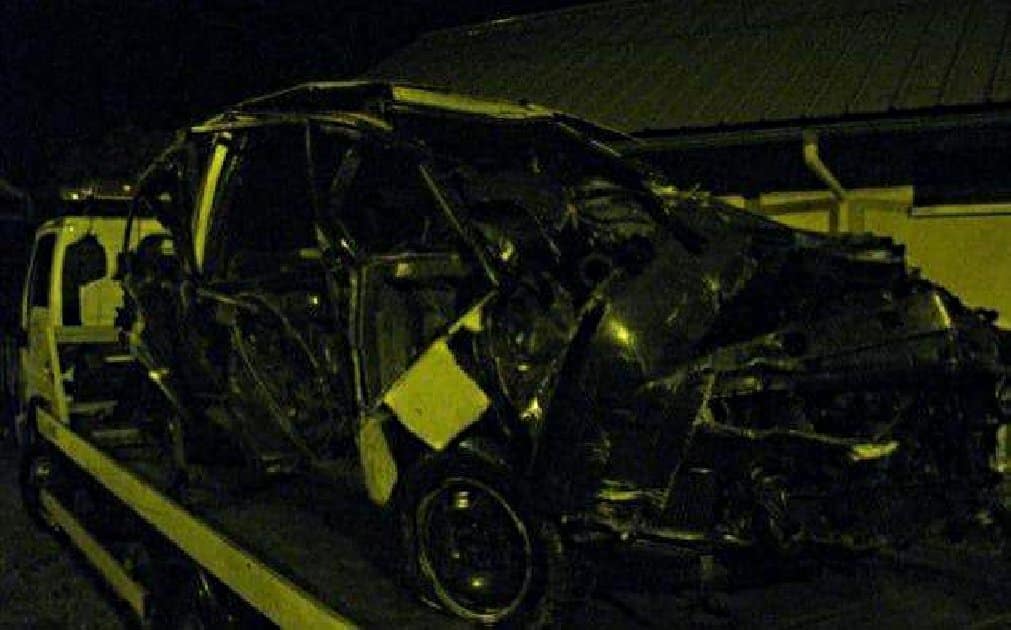 Everyone in Marcel’s village went to attend his funeral. Even the priest officiating at Marcel’s burial at St Peter’s Church complained that he had been “treated like a balance sheet, not a person”. Sandrine who was dressed in black tried to hurl herself into his grave.

Despite his riches, he was a simple man so he had a modest funeral. 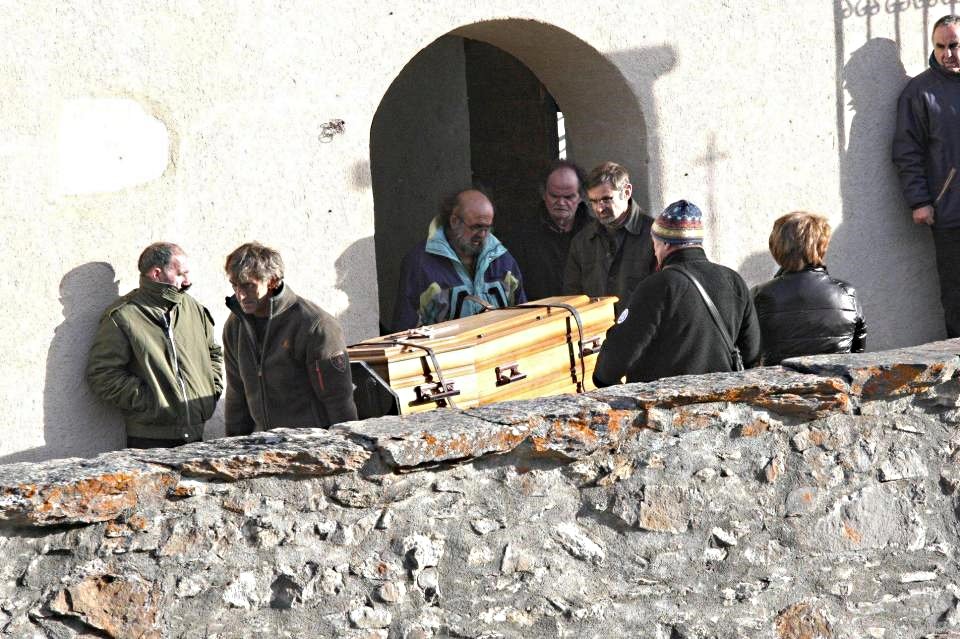 After the burial, villagers said Sandrine told tenants they were being evicted and that the huts were hers. However, when it came time to deal with the money and properties that Marcel left behind, Sandrine was caught off guard.

She claimed she loved him, but her actions proved otherwise. 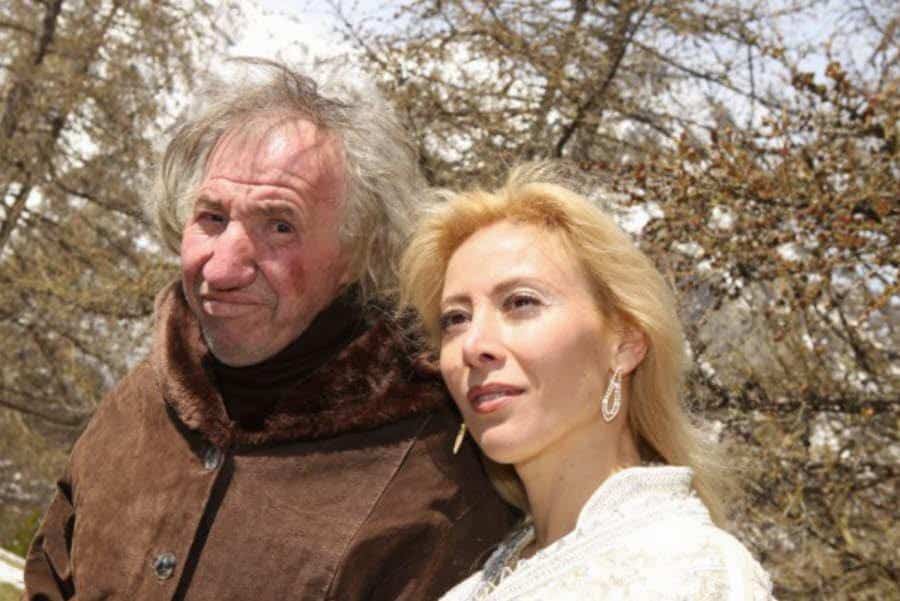 “Marcel’s will, which he had scribbled on the back of an envelope, came to light and it was revealed that he had left the huts on his property to the tenants. The rest of Marcel’s property was to go to a female cousin leaving Sandrine with nothing.”

She’s reportedly devastated that she was left with nothing. 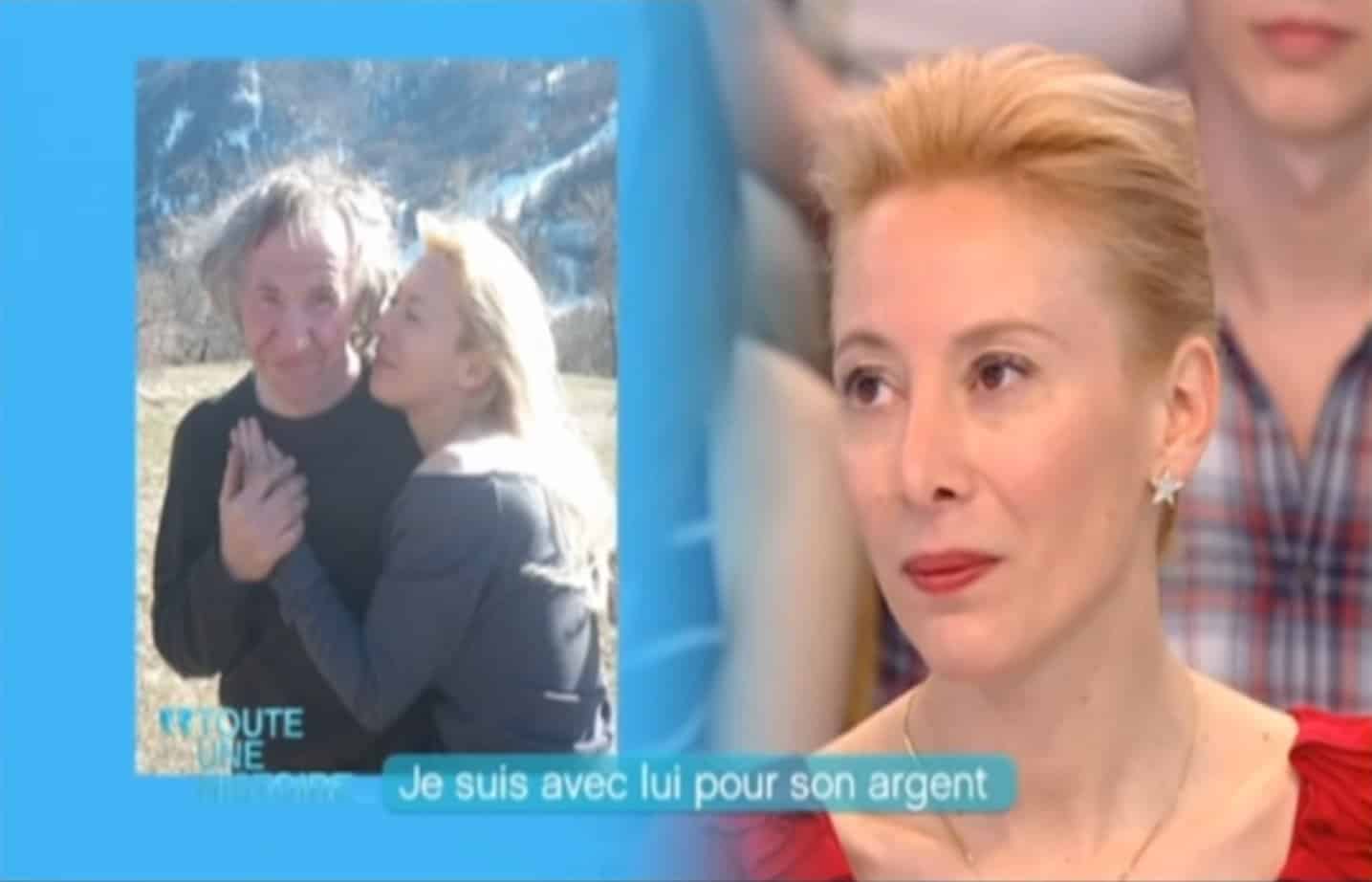 Needless to say, Sandrine hired lawyers to support her claim that the will was not written in Marcel’s handwriting. Then again, legal experts proved that the will was, indeed, written by the rich toothless farmer.