The beach is always the perfect relaxation place for most of us but a recent incident in Australia confirms that beneath the blue waters are creatures we don’t know of. While it might be a good idea to dip into the water for some natural fish spa after a tiring day of beach activities, be careful what you step on as a teen got out of water with bleeding feet!

Sam Kahizay, a 16-year old football player, went to soak his feet in beach water at Dandy Street in Brighton. The teenager said he felt something tingling in his legs but didn’t pay too much attention as he imagined it to be just an effect of his sore feet. But instead of easing his pains, he got out of the water, terrified, with his feet already covered with his own blood.

Sam went to the beach in Australia to relax his sore feet but did not expect a bunch of sea bugs were already feeding on him. 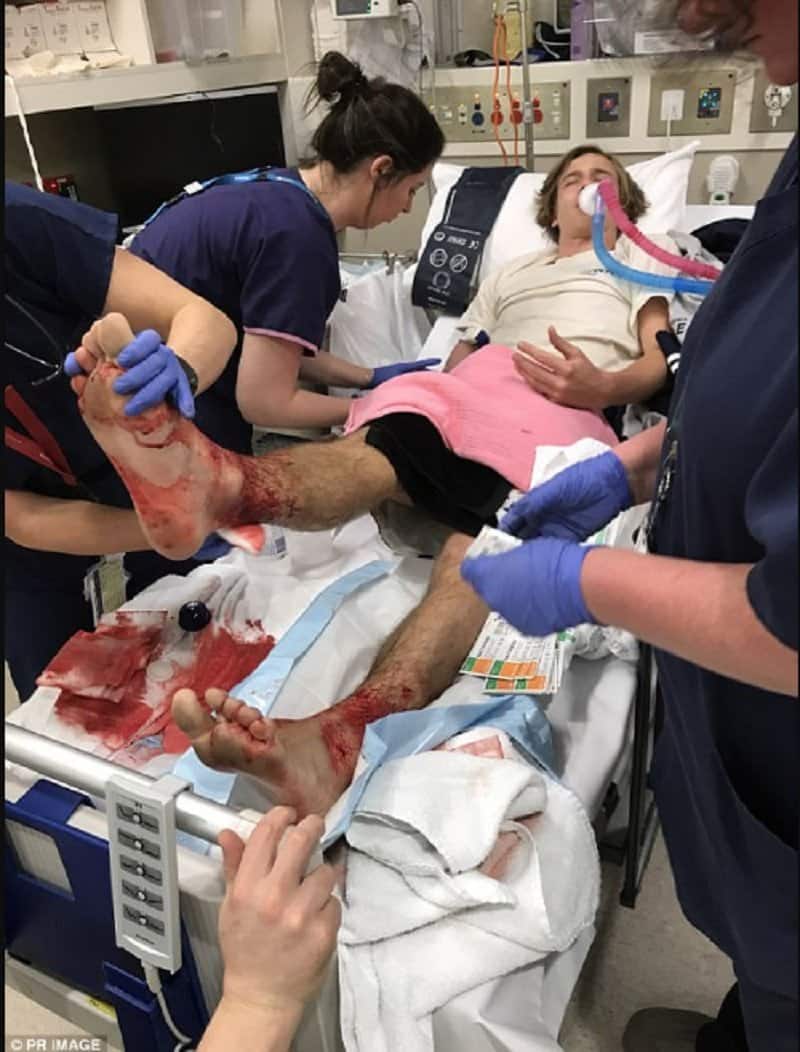 The teenger did not notice his feet being in danger as he was enduring his sore feet. 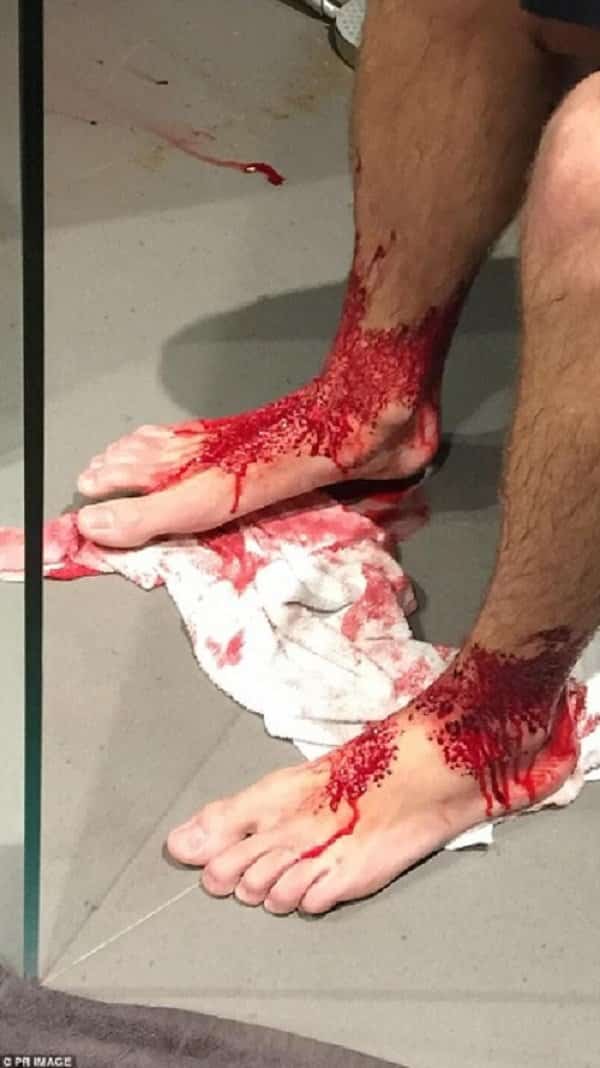 Blood won’t stop coming out of Sam’s feet so his father rushed him to the hospital for treatment. 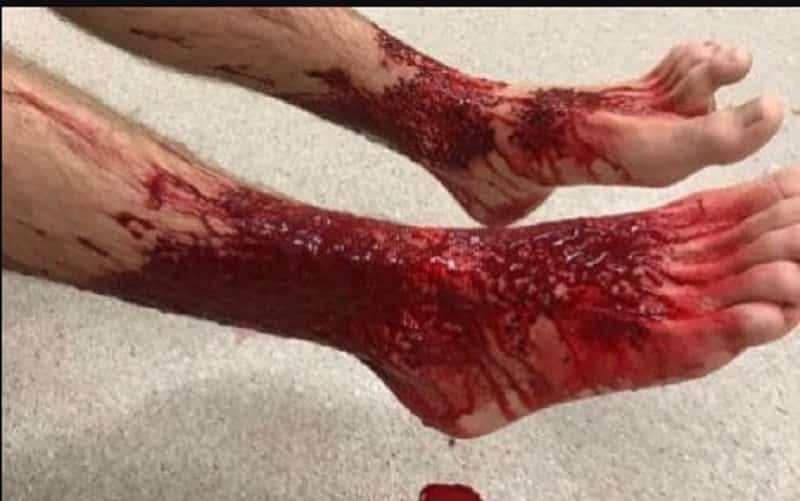 Jarrod, Sam’s father, witnessed the incident. The duo noticed that blood was continuously coming out from Sam’s legs; thus, Jarrod immediately rushed his boy to the hospital. According to Daily Mail, the hospital staff wiped off the blood and saw hundreds of tiny holes and they were all over Sam’s ankle and top of his foot.

When Jarrod asked the doctors what really happened or what attacked his son to cause him such injury, they could not get an answer as the hospital staff could hardly explain what happened to Sam. This urged Jarrod to do his own investigation on the incident.

Sam’s father, Jarrod, investigated on his son’s accident and found these mysterious sea bugs that feed on flesh. 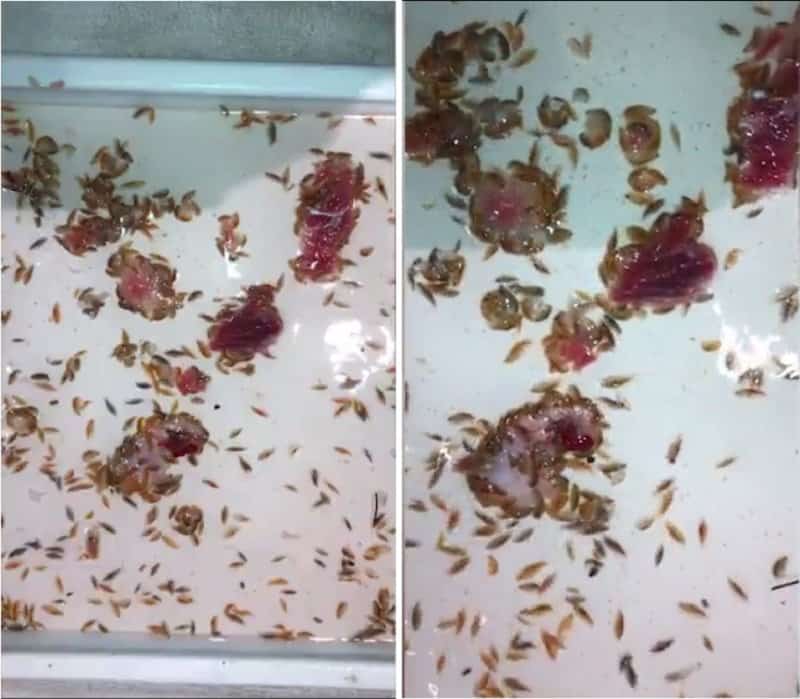 On the following day, Jarrod decided to go back to the beach where the incident happened. He brought with him a fishing net and a huge slice of fresh meat and soaked it in the water. When he picked up the meat, he was astonished as he saw hundreds of little creatures all over the meat which he thought was the cause of his son’s injury.

Sam’s feet suffered from numerous tiny holes where his blood continuously came out for several hours. 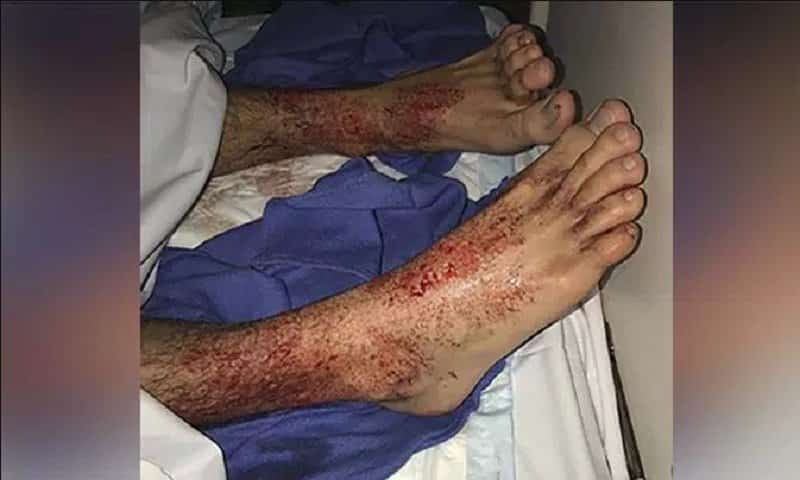 “I caught some bugs overnight over in the bay. I’ve put meat into a net and they’ve grabbed on to that like no tomorrow…We’ve brought them home and they’ve just attached themselves to this meat. They’ve sucked the life out of it – all the blood.”

“They’re mite type creatures. One would assume these are the bugs that have grabbed on to him in their thousands.”

The mite-type creatures were then taken to the hospital. Tests were run to identify the real kind of species they are. However, even Michael Brown, a marine expert, was puzzled by their identity and said:

“I’ve been doing this for coming on 20 years now and I’ve never seen anything like this.”

Experts are not yet sure about what the sea bugs are but they observed the creatures suck on flesh until it’s totally drained of blood. 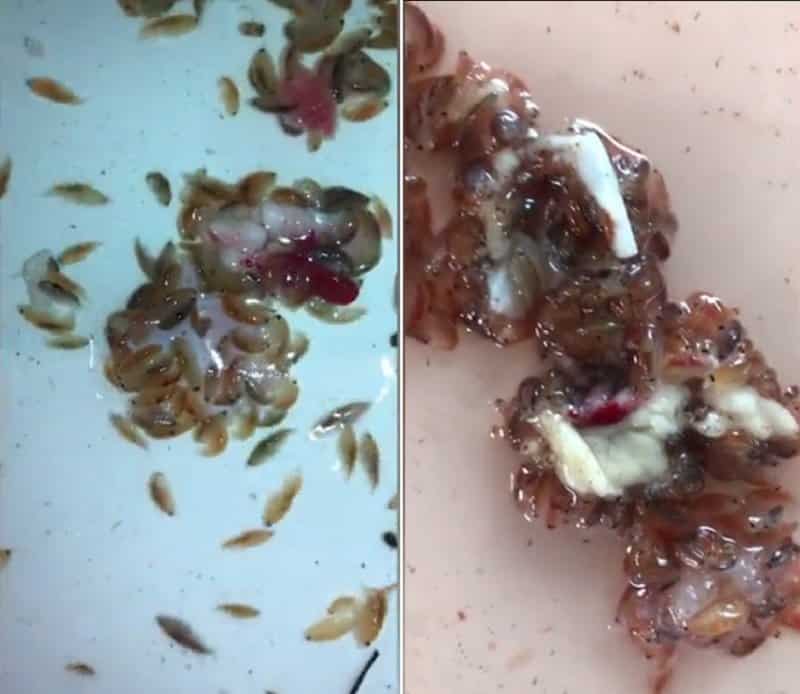 He has this guess though that the sea bugs might be “jellyfish larvae.”

Sam is now recovering from his injury and says he will use the pool next time he feels sore. 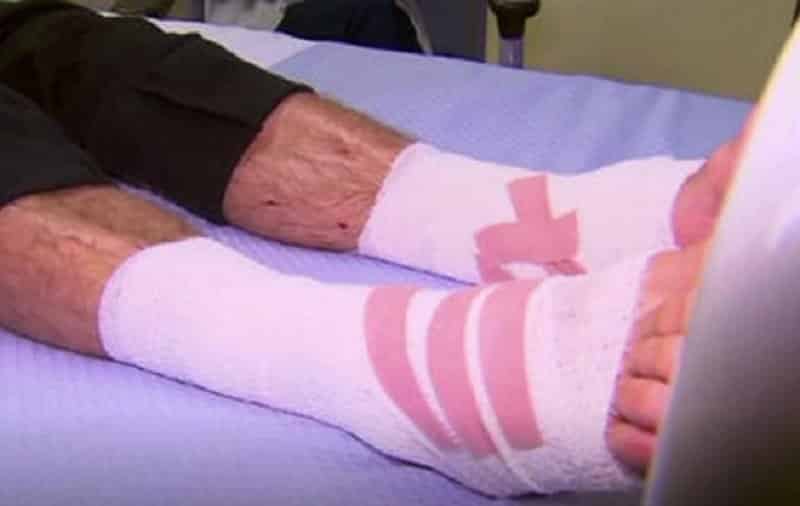 On Sam’s second night in the hospital, the bleeding of his leg had totally stopped. Jarred still kept on praying for his son’s safety and full recovery from the incident. The incident, however, will not cause Sam to quit from going to the beach to find relaxation as he usually does. His experience in the beach just taught him to be more careful next time.