‘Cheaters never win’ is probably one of the first sayings we learned the moment we, as children, set foot on the playground and started socializing with others. As we grow older, we also learned that ‘what goes around comes around.’ Karma is just lurking at the corner waiting for a chance to bite our behind for the misgivings we had done.

Karma could not be more real for a woman who was brought to the clouds with a fake proposal only to be crashed back to earth after learning it was actually a revenge plot.

This unidentified woman in the viral video had no idea what was coming for her. 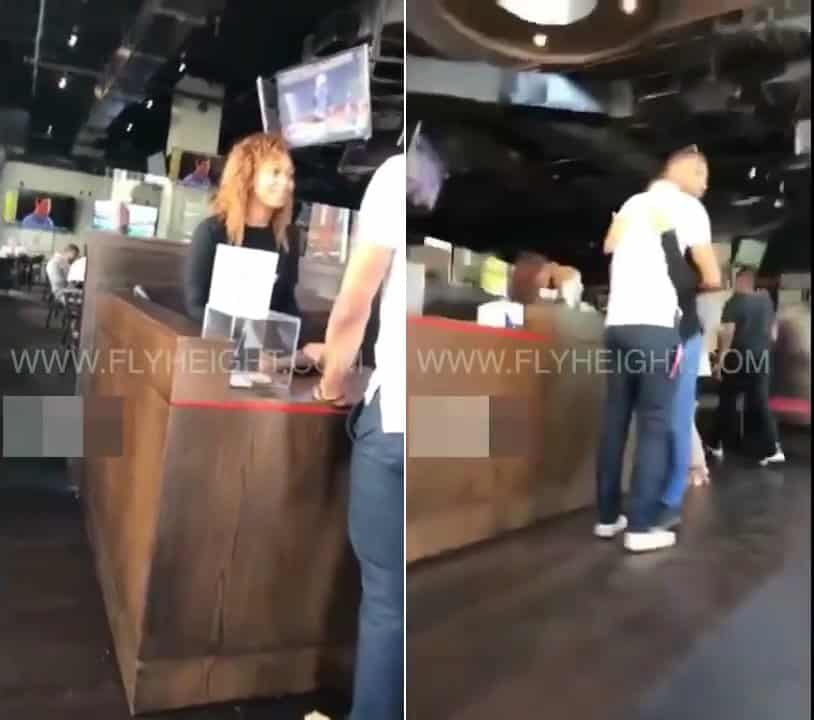 It all started with a usual visit from her boyfriend while she was working at what looks like a sports bar and restaurant. Though the woman seemed surprise, she appeared ecstatic and even gave her boyfriend a warm embrace.

The man focused on the video, however, looked restless.

The unsuspecting woman got cheers and coos from her co-workers as her boyfriend fell down on one knee and brought out a box of what might be an engagement ring.

The proposing guy was glancing around looking or waiting for someone. 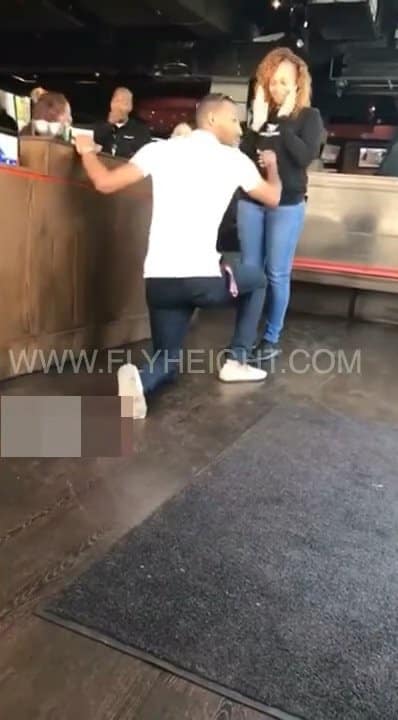 The guy still looked restless, though, glancing side to side, like he was waiting for someone to save the day.

Mrs.Tall-Dude-Wearing-A-White-Polo-Shirt-To-Be was so giddy and did not suspect anything odd about his behavior. She was almost every woman during a surprise proposal; up in the clouds.

But as the climax of the story goes, another guy walked in, unnoticed by the woman. That’s the moment the bomb was dropped, the beans were spilled, and the plot was unveiled. The lady up in the clouds came crashing back to earth.

After the trolled woman walked out, the presumably first boyfriend blurted out how ‘two good men’ were wasted by her indiscretion. The guys revealed she had been secretly seeing both of them for months and the other claimed he even bought a car for her.

Now, the internet has been divided once again, since the said video had gone viral. Some came to the defense of the women, pointing out how ‘immature’ the men acted. Meanwhile, others agree that the ‘alleged’ cheater deserved it.

One point for the gentlemen here! 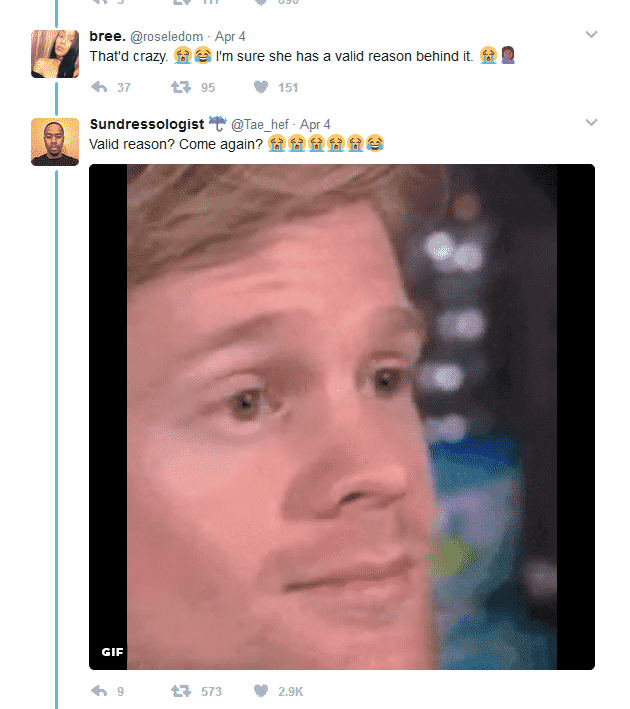 The ladies scored on this one. 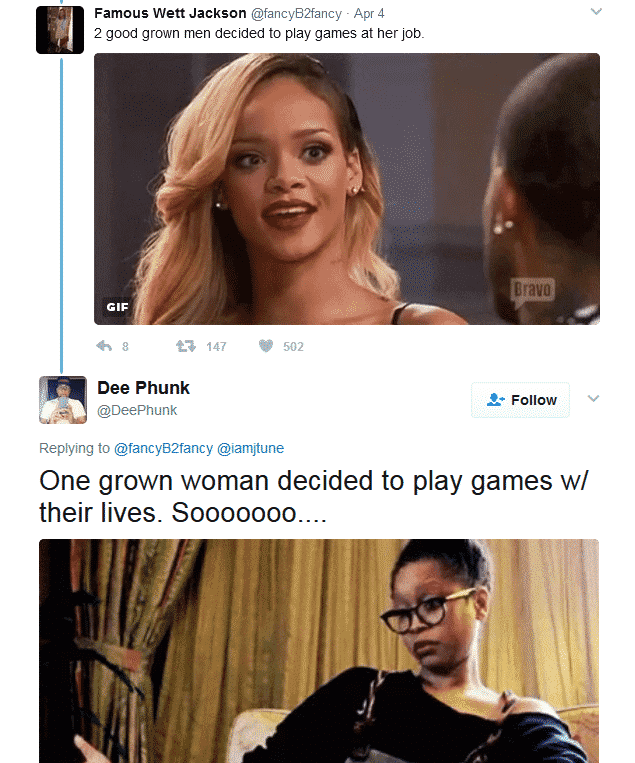 It can be argued that there are clearly different reception when a man or a woman cheats.

One thing is for sure though, when you do cheat, you can expect bad things to happen.