Several shocking photos of an injured dugong or sea cow have made its rounds on the internet recently. Reports say that the said animal was captured and kept as a tourist attraction by some local fishermen in Indonesia.

The dugong, which was presumed to be an adult female, had a rope tied to its tail while its calf was reportedly held in a separate enclosure. The group of divers who found them in such a pitiful condition near the remote island of Kokoya, off North Maluku, shared the photos and video online as part of a campaign to help free the mammals. 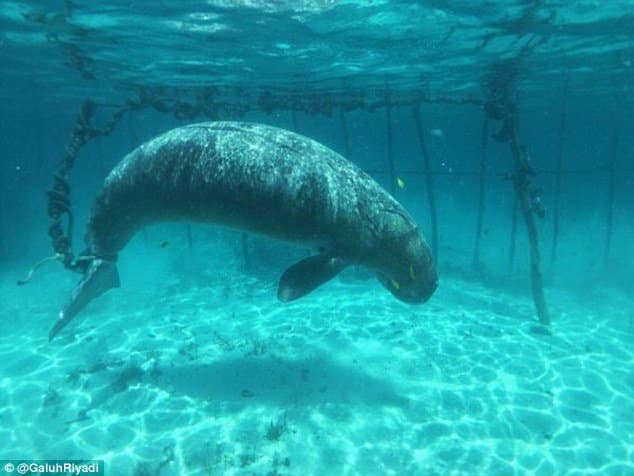 Ryandito Mahendradani, one of the divers who shared the pictures on his Instagram account, said the adult dugong sustained severe injuries on its tail due to the rope. 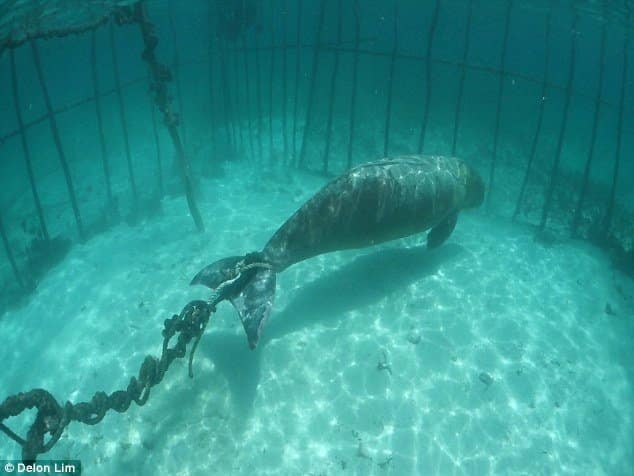 “The ropes are worn and torn. The scars and the wound on her tail are so deep. It was very heartbreaking.” Delon Lim, one of the divers, told The Dodo. 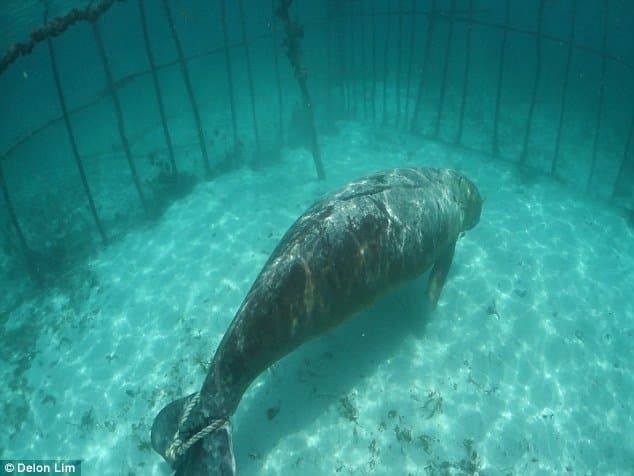 According to the National Geographic, female sea cows bear one calf after a yearlong pregnancy. They help their young in taking its first breath by guiding them towards the surface. Dugongs can remain submerged for six minutes before going back up again. Sometimes, they “stand” on their tails—head above water—just to breathe. 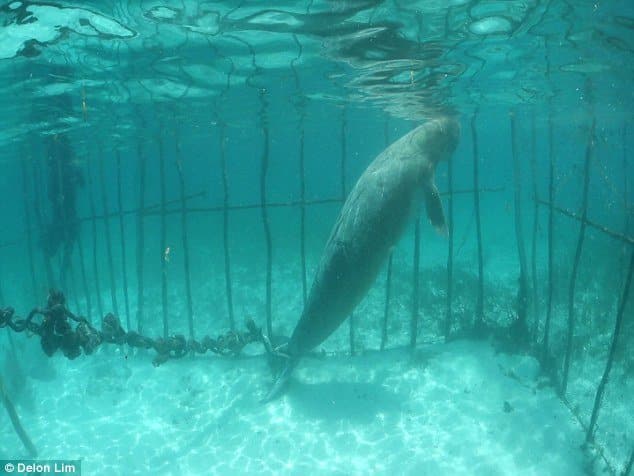 A calf usually remains close to its mom for at least a year and six months. From time to time, it catches a ride on its mother’s broad back.

But the calf, which the divers saw and presumably thought was the adult’s offspring, was kept away from its mother. Although it was unrestrained, it was in a separate enclosure nearby.

They also assumed that the poor creatures had been trapped in their small cages for weeks already. According to the divers, the local fishermen who captured the gentle mammals wanted to keep them as a tourist attraction.

“He asked for some money if we want to see the dugong or take a picture,” Lim said.

In the short footage below, you’ll see the bound, frazzled-looking, adult, female sea cow floating inside her narrow cage.

Lim and his fellow divers were appalled by what they saw. They asked the fishermen to release the languid animals. Surprisingly, the captors agreed.

“When we left the island, the fisherman agreed to release them,” Lim said. “But since we were not so convinced he would, I posted the video to social media.”

The group started their social media campaign. They even tweeted Indonesia’s Minister for Marine Affairs and Fisheries, Susi Pudjiasti, to alert the authorites about the animals’ alarming condition.

Because of this, the authorities released the Dugongs the very next day, March 14th. 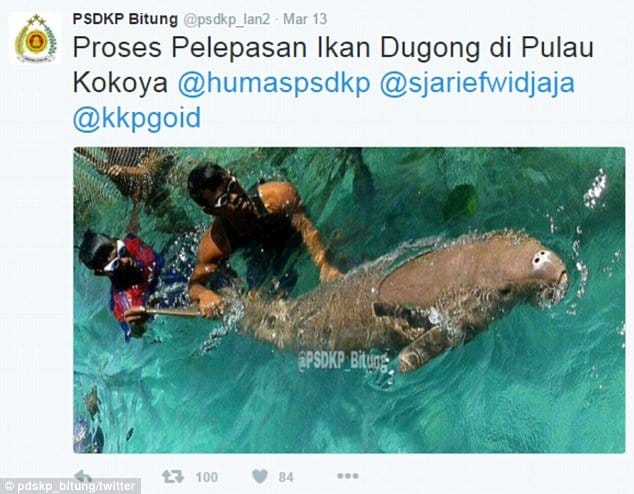 Dugongs are vegetarians. These enormous creatures graze on sea grass. According to the World Wide Fund for Nature (WWF), they are usually found in the warm coastal waters of the Indian and Western Pacific Oceans. Sadly, they are an endangered species; they are hunted for their meat, oil, skin, bones, and teeth.

According to the National Geographic, all kinds of dugongs are now legally protected, but their populations remain insubstantial.