Allyson Jeanette Thompson, a Navy nurse from Jacksonville, Florida became the center of controversy after posting photos with a newborn baby. Thompson originally shared the images on her Snapchat account. However, the pictures immediately reached Facebook when one of Thompson’s Snapchat followers took some screenshots of them.

Dana Shellito expressed her displeasure upon seeing the pictures that were originally shared by their mutual friend. In the Facebook post that garnered over 250,000 shares, Shellito said:

A girl I went to high school with is a navy nurse and this is how her and her shitty friend treat the babies that have just been born. My blood is literally boiling and I want to snitch bc that is someone’s child. The first pic is her friend who is making the baby dance and she’s playing rap music in the background. I’m LIVID and I’m snitching bc she should get fired from her job but idk how to go about it. Pissed isn’t even the words. 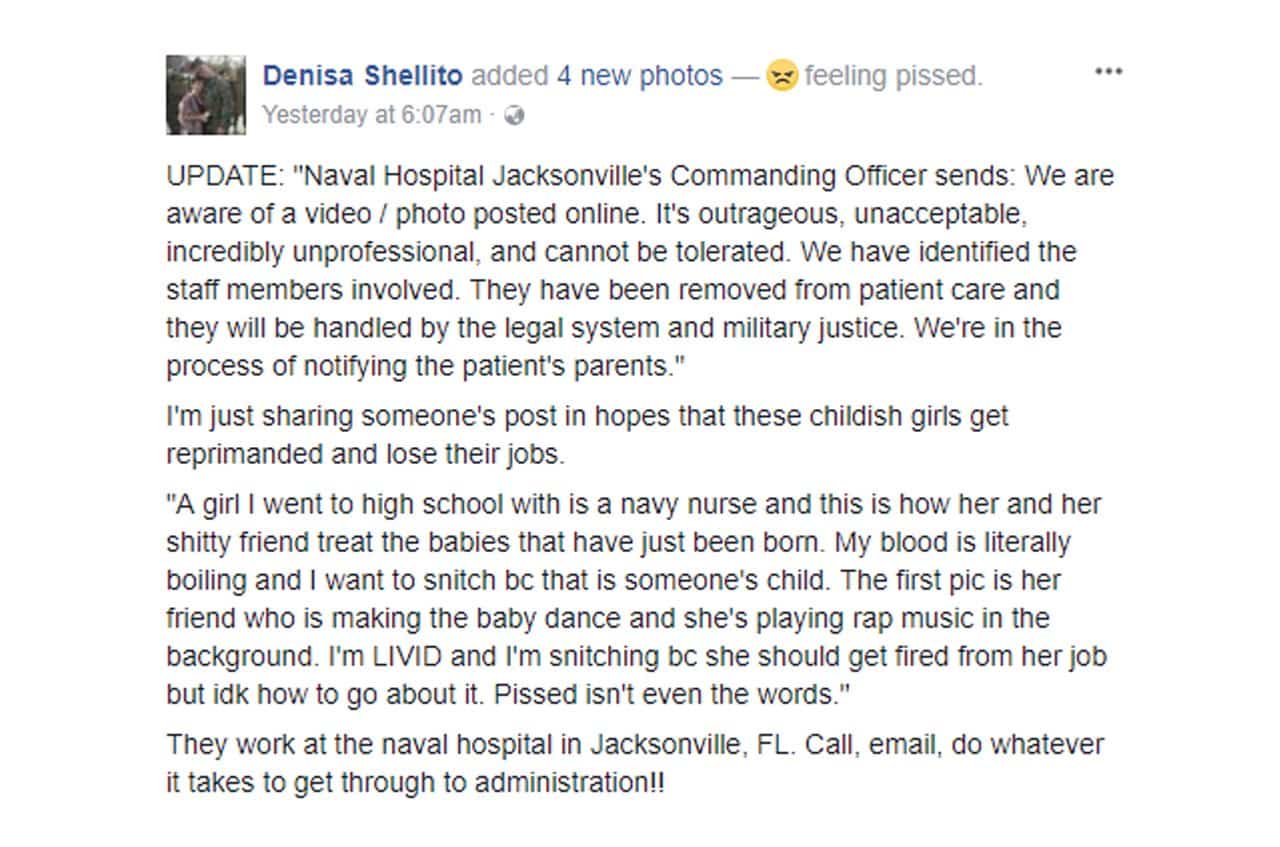 Shellito explained that her reason for sharing the post is to get Thompson reprimanded and lose her job.

The post includes the disturbing picture of the nurse making the newborn baby dance. 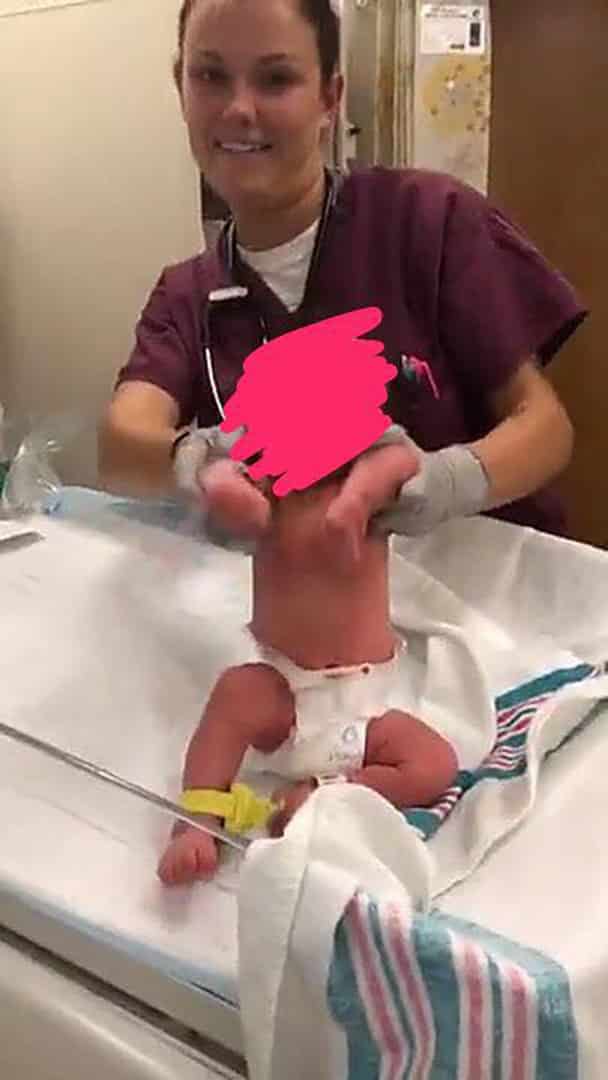 Another picture show the nurse flipping the bird to the baby with a caption “How I currently feel about these mini Satans.” 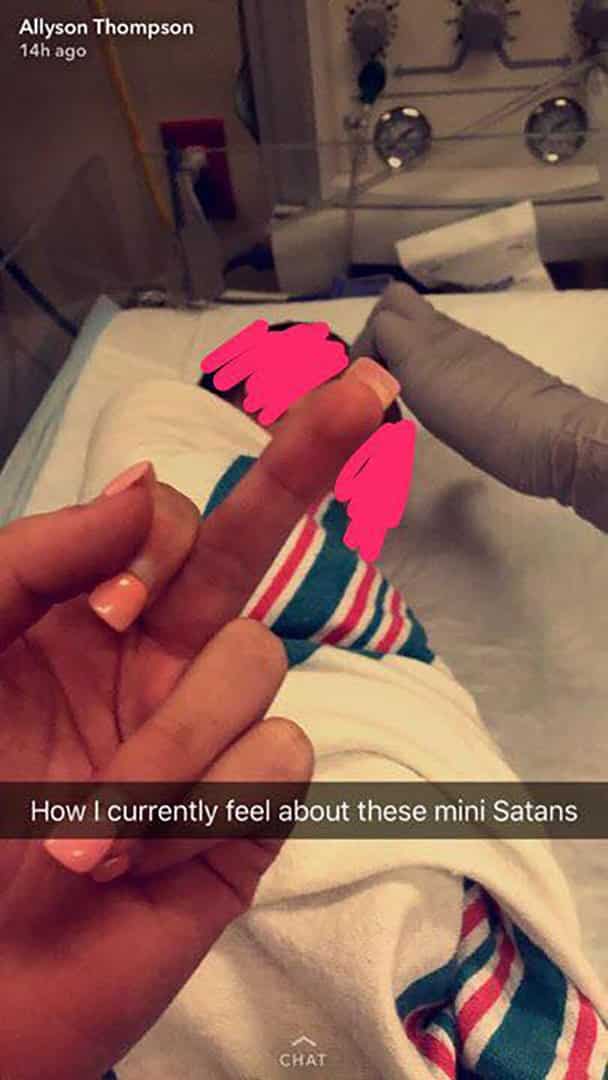 Determined to give the nurse an apt punishment, Shellito wrote in the comments section:

The OP’s mom already called Naval and other people are reporting them too. I can’t wait to hear what happens…I pray they don’t ever work at a hospital again.

According to International Business Times, Thompson got reprimanded after the images went viral. Furthermore, in a Facebook comment, Shellito stated:

After me and my mom tried getting someone on the phone for like an hour, she finally got someone who was over her and it’s been reported.. all screenshots and video was sent to her phone via text and she has talked to her CO and they’re taking the next steps of investigating it and she is being punished.

Naval Hospital Jacksonville Public Affairs Officer Jeanne Casey released a statement regarding the controversy. In her statement, she stated:

We are aware of a video/ photo posted online. It’s outrageous, unacceptable, incredibly unprofessional, and cannot be tolerated. We have identified the staff members involved. They have been removed from patient care and they will be handled by the legal system and military justice. We’re in the process of notifying the patient’s parents.

According to the Health Insurance Portability and Accountability Act, the nurses are not allowed to post pictures of babies on social media.