Remember Professor Robert Kelly? The name may not ring a bell but you’ve probably seen his hilarious BBC interview. The viral video shows him getting interrupted by his kids in the middle of a serious interview. It’s a traumatic scenario that many work-from-home professionals can probably relate with.

Now a similar video has recently been getting a lot of love on social media, only this time the intruder in question is a cat! Apparently, Dr Jerzy Targalski was being interviewed by Nieuwsuur, a Dutch TV channel. The academic from Poland was being asked about the political tensions in the country.

It is, of course, worth-noting that Targalski handled the situation quite well as he continued to talk with reporter Rudy Bouma without getting distracted. In fact we only see him acknowledging the feline’s presence when he yanked its tail away from his face.

What a total pro! 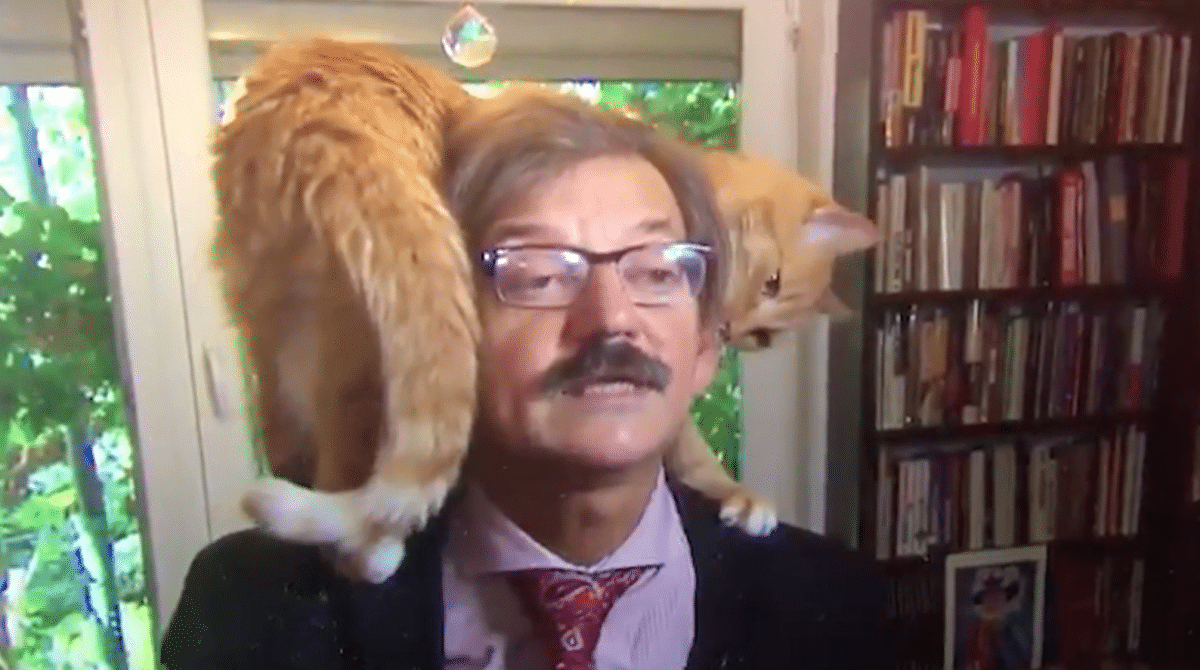 Obviously, this man is used to his cat showing him some affection. Lisio even proceeded tolick Targalski’s ear but he didn’t mind at all.

Eventually, Bouma shared the video on his Twitter page and wrote:

“The Polish historian & political scientist Jerzy Targalski remained completely unruffled during our interview when this happened.”

The video has since gone viral and netizens couldn’t help but adore the ginger cat and his patient owner. 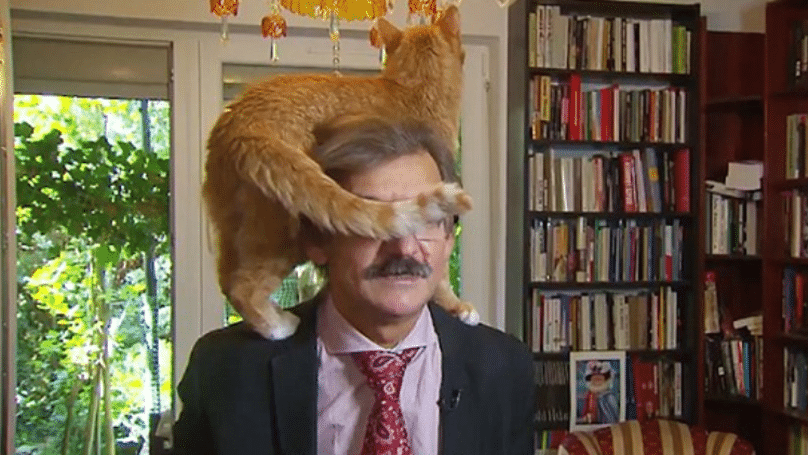 Numerous websites have since picked up the story, leading to more netizens seeing and appreciating the sweet moment.

Pet lovers, have you ever been rudely interrupted by your animal during a serious situation? Tell us about your unforgettable experiences by leaving a comment below!