Most creatures, human or not, will surely perish in extreme frozen conditions. Case in point, you would definitely NOT expect alligators to survive being frozen in a icy pond. Surprisingly, however, these alligators in Shalotte River Swamp Park in North Carolina did. They avoided being frozen to death, thanks to awesome survival tactics.

A video showed these alligators with their snouts sticking out of the frozen pound. They look dead at first glance, but according to the park’s manager, they were actually alive and well.

A cold front surrounding most of the Eastern U.S. last week cause the pond to a deep freeze. 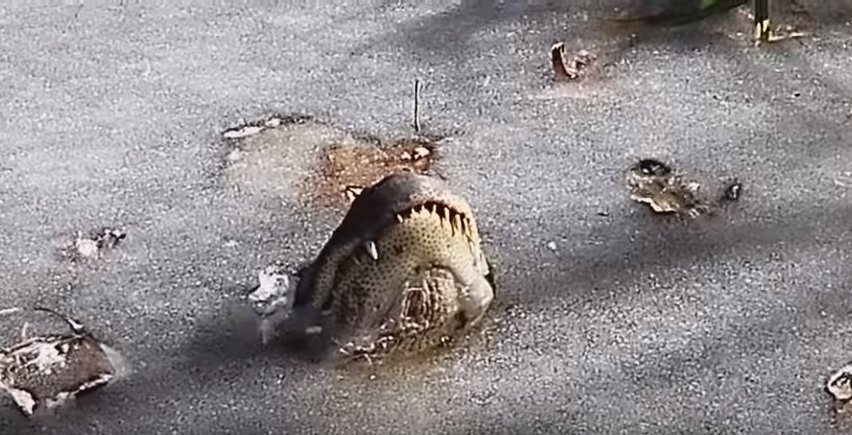 “They can sense temperature changes and will stick their noses out of the water to breathe,” “It just so happened southeastern North Carolina recently had a freeze like none other, so the ice literally froze right around their snouts.”

Howard further explained that alligators, as cold-blooded as they are, hate subfreezing temperatures just like us warm-blooded beings.

Thankfully, they are gifted with survival skills. If they don’t keep their snouts above water, they will die in about 24 hours. 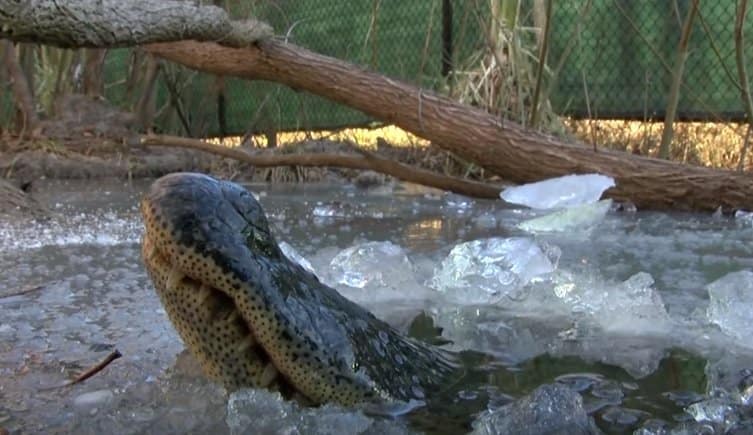 He added that when alligators go into a state of dormancy called torpor when their bodies are on ice. This slows their metabolism considerably. They don’t go into deep sleep, unlike mammals, who hibernate during the cold.

“In that state, they are still alive, still moving, but very lethargic,” said Howard.

This doesn’t mean that alligators can stay in the ice indefinitely. He added:

“Obviously, that is not optimal, being frozen like that. I can’t imagine it being very good for them if it was much over a week in cold water. That’s why you don’t see indigenous alligators north of North Carolina. Their bodies like the warmth.”

Don’t worry, the alligators are safe now, as temperatures at the park are starting to warm up.

“It’s 65 degrees here today and the waters have melted. They’re out and doing their happy dance,” Howard said.

Watch the video to see the alligators in the pond: