Most of us have been there. We’re just dying to get home but for some reason we just can’t get in the house. Maybe it’s a case of missing house keys. Maybe it’s being too drunk to remember where the keys are. Or maybe it’s an angry significant other refusing entry because of something you did a couple of days ago.

Whatever the reason, no one likes to get locked out of their own home. Now in cases like this, there are a few thing you can do. If you’re renting, you can call your landlord and ask for a spare key. If there are people in the house, give them a call and ask to be let in. If none of those work, then sneaking in through a window might help.

Getting locked out is like the cherry on top of the unlucky cake.

But for the love of all that is good and pure, don’t try to sneak into a window on the second floor. Also, don’t try to use a stack of unstable bricks to step on as you try to climb your way back home.

Why not? Because that’s exactly what this poor woman did and look at all the good it did her.

She starts off pretty okay, using the seemingly steady pile of bricks to get high enough to reach the second floor window. So she reaches up, and uses the first floor window for support. And just as the climax builds up and she’s got about a third of her body inside the window, she seems to either lose her grip or give up – and that sends her falling pelvis-first into the pile of bricks.

That awkward moment when you know it can't get any worse than this – and then it does! 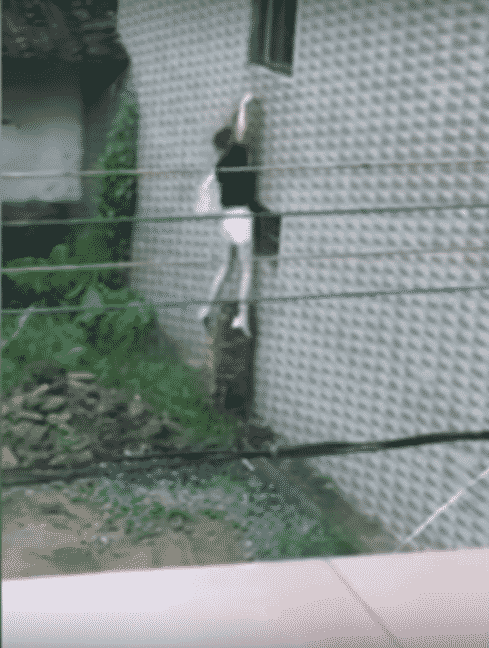 Man, that’s got to hurt! The good news is that she’s not a boy who just got her balls smashed in by a pile of bricks. But the bad news is that not only is she still locked out of her house but she’s also probably in a lot of pain.

Let’s hope the person who took the video was kind enough to offer some sort of help.