Cats are known to be stealthy creatures, with quick reflexes and sharp claws and teeth for catching their prey. Like canines, they have better auditory and smell senses than humans, which are essential for their predatory nature.

However, a video showing our furry feline friends being surprised by cucumbers strategically placed by their mischievous humans is making us doubt their stealth skills.

Yep, you heard that right! It’s hardly believable that a stealthy predator which fearlessly jumps around tall bookshelves and bravely explores dark and unknown corners is in fact terrified of a common vegetable. However, according to some experts, scaring cats with cucumbers is actually bad for them. So you might want to think twice about trying to pull this prank on your pet.

In the video compilation, cat owners are seen sneaking up behind their pets as they’re facing the other way – mostly eating – and placing the green, elongated vegetable behind them. As the cat turns around and spots the unexpected item, it loses its mind, leaps into the air, and gets away from it as fast as it can. In some videos, the cats then engage in a stare down with the cucumber, waiting in vain for it to make its first move.

What exactly is it with cucumbers that has freaked these cats out? 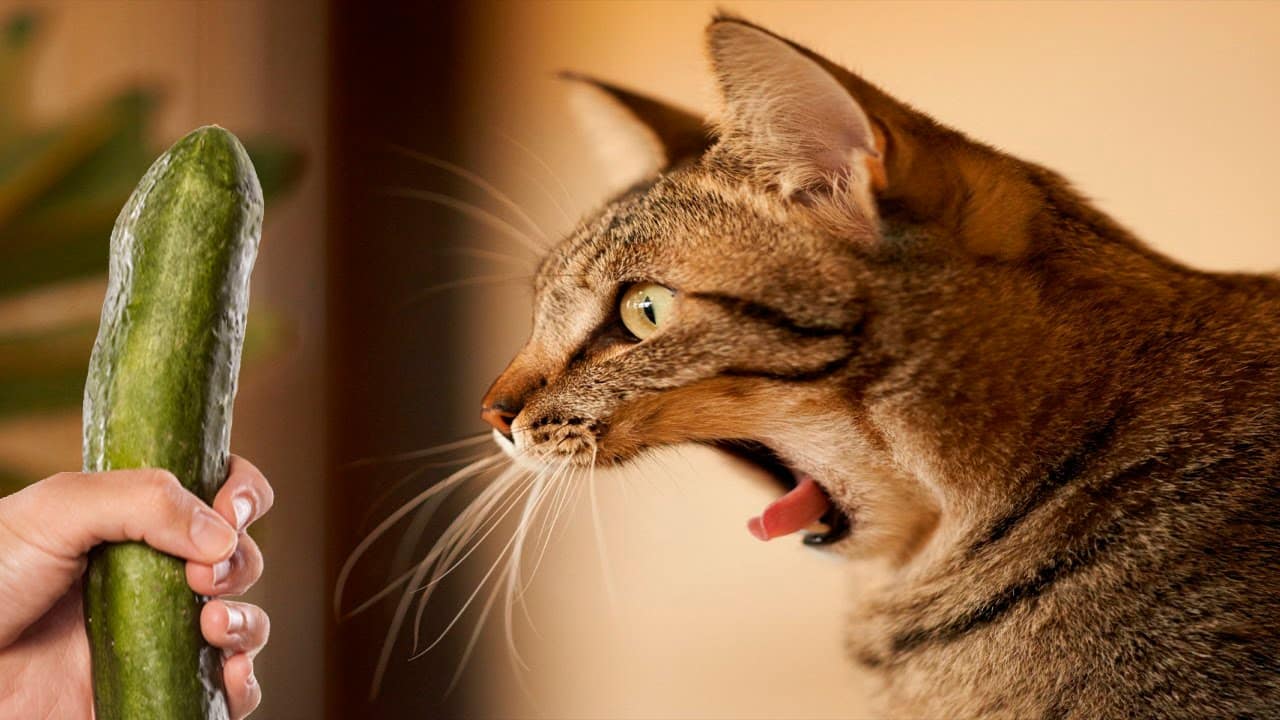 According to Dr. Roger Mugford, an animal behavior specialist, “I think that the reaction is due to the novelty and unexpectedness of finding an unusual object secretly placed while their heads were down in the food bowl. Cats have to be suspicious of the unknown: It could represent the danger of a snake or another predator. I suspect that there would be the same reaction to a model spider, a plastic fish or a human face mask.”

On the other hand, Pam Johnson-Bennett, author of the book Think Like a Cat, says cats often see their feeding station as a place of safety and comfort. Since many people are placing the cucumbers behind their cats while they’re eating, this confuses the animals. After all, it’s not normal for a rogue cucumber to make a surprise appearance near the cat food.

Have you tried this trick with your cats? Drop us a line and share your thoughts in the comments section.