Extraordinary photos of a baby weasel riding a green woodpecker has been captured by East London-based amateur photographer Martin Le-May while walking at the the Hornchurch Country Park.

Although the photos may seem like the weasel is having a magical ride, Le May said the wildlife snaps actually show a terrifying fight between the two animals.

The picture perfect moment showed how the woodpecker struggled for life. According to Le May, the distressed bird managed to escape the hungry little mammal  possibly because they diverted the weasel’s attention.

“I heard a distressed squawking noise and feared the worst.” 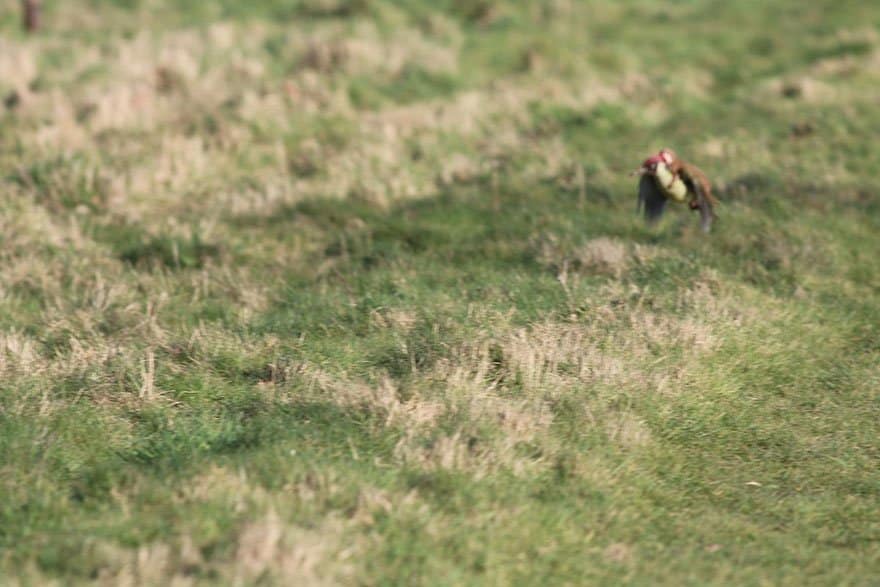 Although weasels are active predators, they usually prey on rabbits and not woodpeckers, says Wildlife expert Lucy Cooke. The attack was unusual but since weasels are fearless, being able to ride on the woodpecker’s back was not impossible.

“I soon realised it was a woodpecker with some kind of small mammal on its back.” 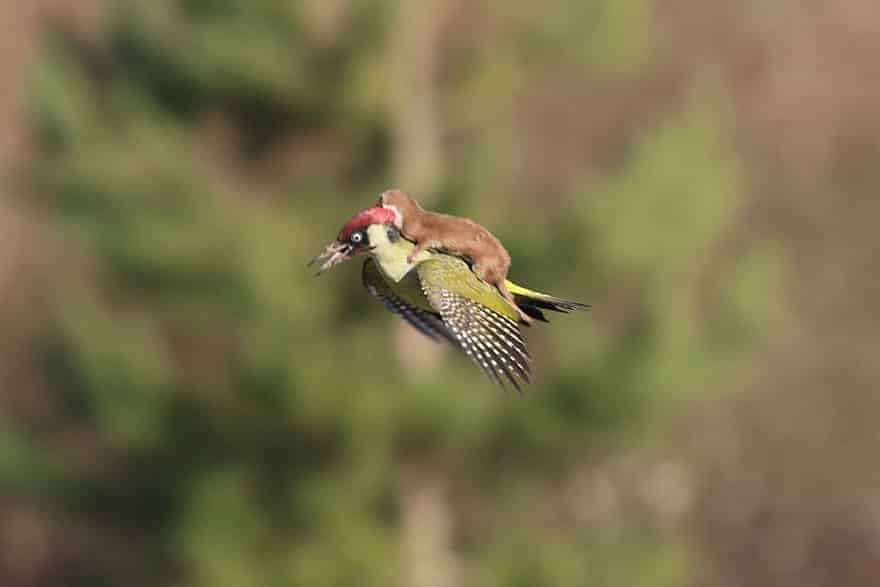 Le May, who was completely surprised by the reaction of social media to his snaps, feels proud that people are noticing his work. His photo has been retweeted several thousand times and has been featured in several blogs.

“The woodpecker left with its life. The weasel just disappeared into the long grass, hungry” 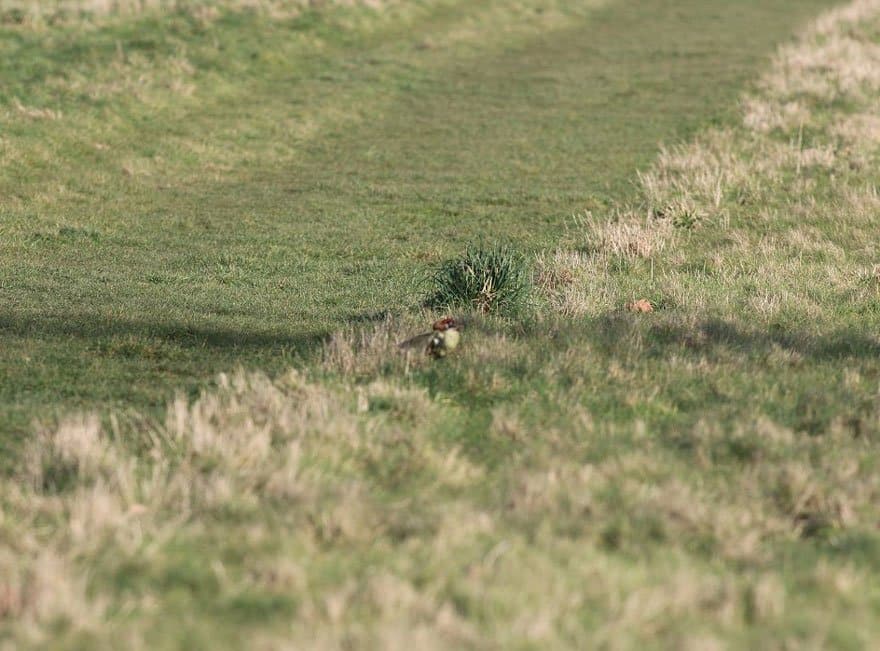 If you found these photos awesome, don’t forget to share this incredible story with your friends.