With their big, round eyes and huge, furry bodies, bears definitely look gentle, adorable and huggable. But the only way most of us can come close to hugging these magnificent creatures is by buying ourselves a teddy bear. Of course, we can safely give that one a bear hug and not expect to be mauled, bitten, or ripped apart.

The Revenant is probably one of the movies that illustrated the strength of a full-grown grizzly. Although a stuntman, the visual effects team, and the rest of the amazing staff worked together to make that epic scene appear very realistic, they’ve successfully shown the audience how and what it’s like to be attacked by a huge bear. 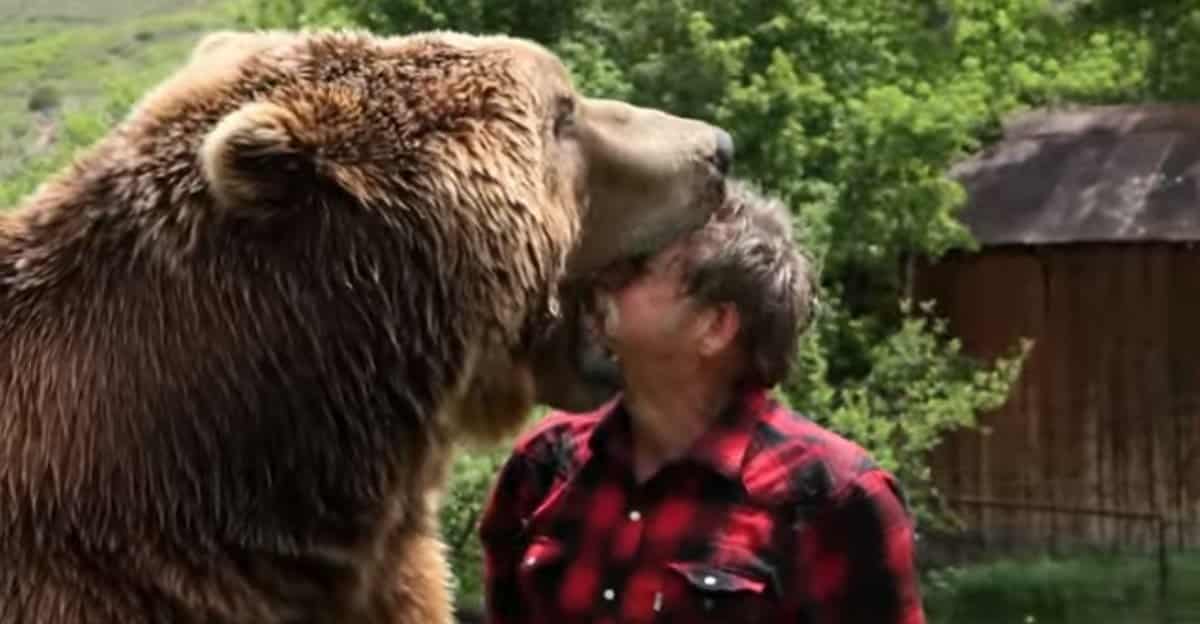 But when Doug Zeus gets dangerously close to the bear in the video below, the animal doesn’t open its mouth to gnaw his flesh and bone. It doesn’t toss him around like a ragged doll or dig its claws into his body. He “wrestles” with Doug in a playful manner, and it seems to show him respect and affection.

Doug, a Hollywood bear trainer, happens to be best friends with Bart 2—a 1,300-pound grizzly.

He and his wife, Lynne, are just one of the very few people who can bravely interact with bears like Bart 2, Tank, and Honey Bump. The couple lives with the three bears in their home in Utah.

And because of their special bond with these creatures, they were able to turn their passion into a thriving career. The couple has been able to work with several notable celebrities in the film industry. In fact, Bart 2 also appeared in one of the episodes of the HBO hit series, Game of Thrones.