Considered by many as the “World’s Poorest President,” Uruguay’s Jose Mujica is living quite a modest lifestyle. He has served as the country’s highest-ranking official from 2010 to 2015 and he has won the hearts of many. Besides, this is a man who consistently donated 90% of his $12,000 monthly income to charity. Thousands have been benefited and have expressed great appreciation for Mujica’s kindness.

Unlike most traditional politicians, the president has never found attraction in living a lavish lifestyle. Instead, he lives a simple life that clearly demonstrates that the things that matter most are never at the mercy of those that matter less.

Here he is attending a meeting in simple clothes and footwear. 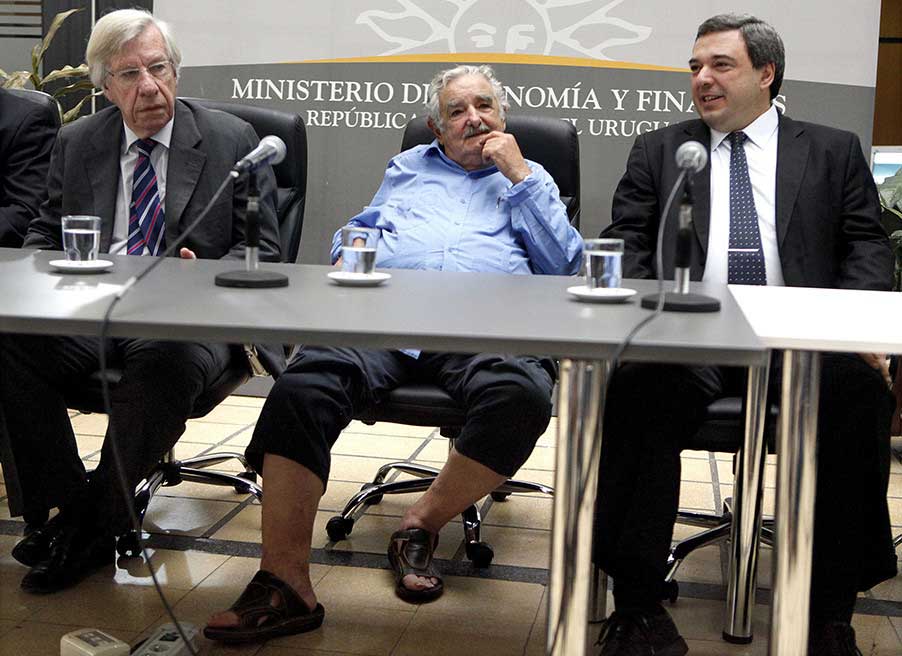 Many years before entering politics, Mujica was a Tupamaros guerilla fighter. His group robbed gun clubs, bad banks, and similar businesses and then gave the money away to the poor. He has been imprisoned twice (for a total of 14 years) and shot 6 times.

A former guerilla, Mujica and his group were known as ‘Robin Hoods’ to the poor. 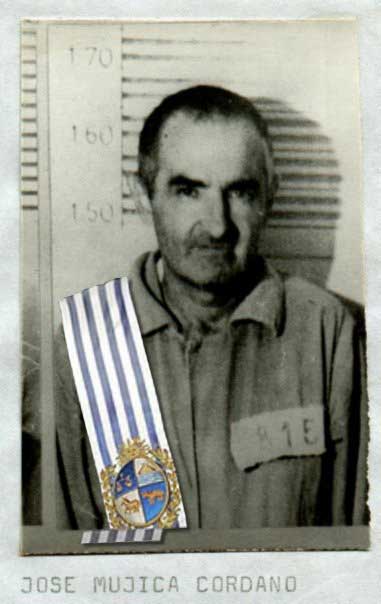 Mujica is also a part-time farmer, planting flowers in the farm and then selling them to the public. According to him, doing this allows him to stay in touch with the struggles of his people.

He refused to live in this beautiful Presidential house. 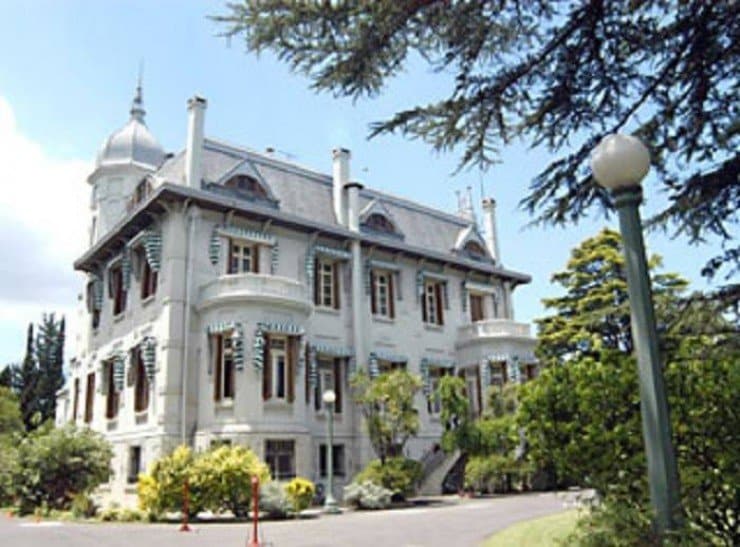 Mujica could live in Residencia de Suárez, the beautiful Presidential house, but he preferred a more humble place. He is an excellent example of a president that gives up his own comfort for the well being of others.

He chose to live happily in this simple house together with his wife and dog. 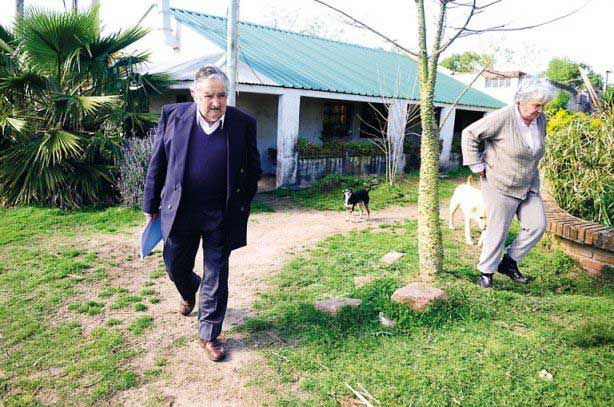 Even his choice of vehicle reflects his simplicity. 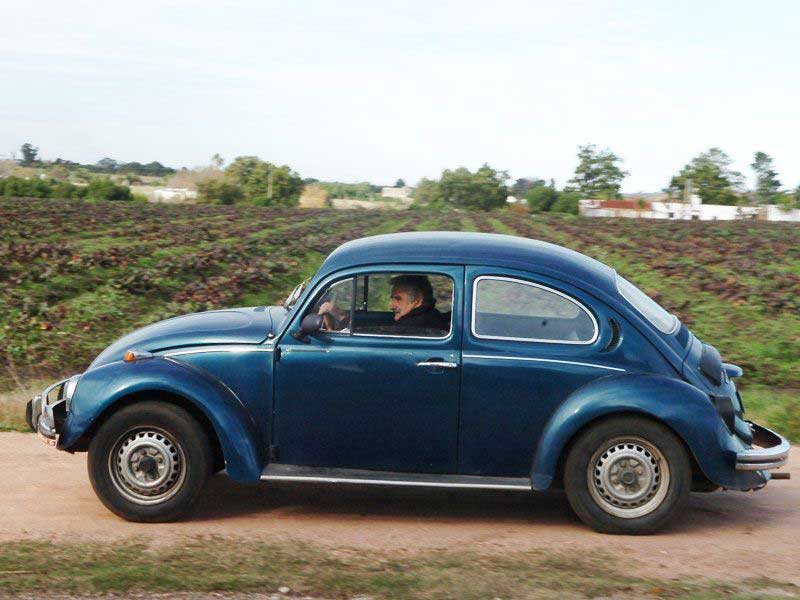 The president drives a vintage 1987 Volkswagon Beetle. Obviously, he has no plans of buying any of those luxury automobiles.

As far as security goes… 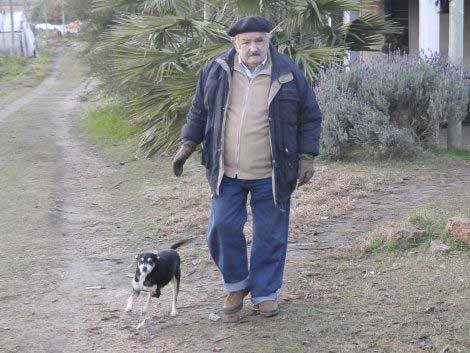 No, Mujica doesn’t even hire a lot of security officers. In fact, he only has two guards and a 3-legged dog named Manuela.

This president’s example is a testament to how we should live our lives. 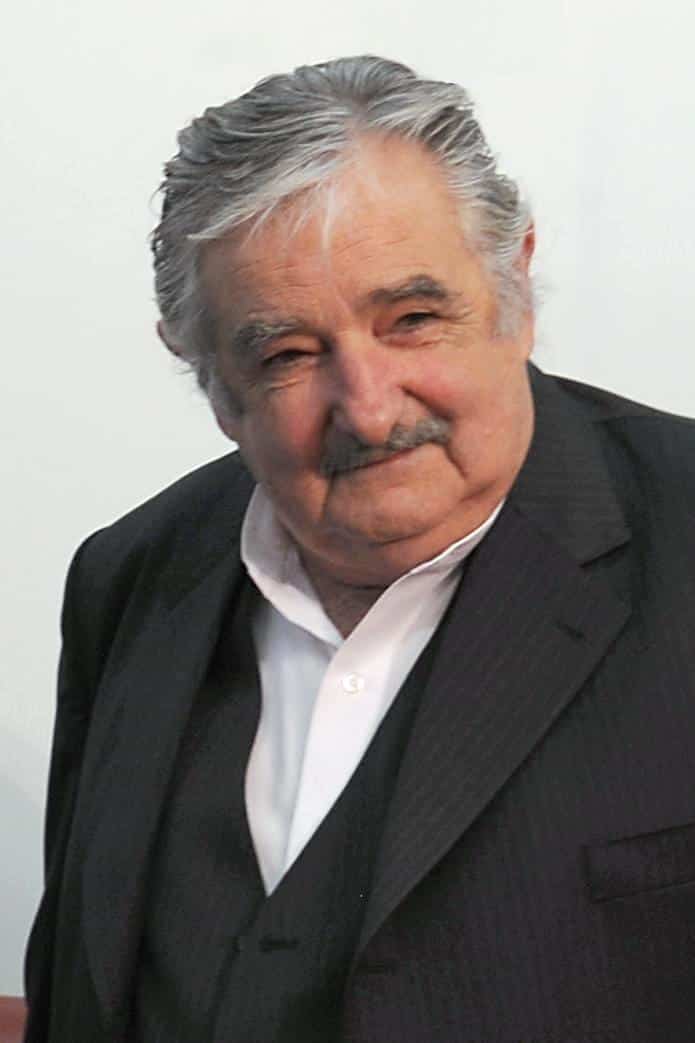 Surprisingly, Mujica disagrees with the “Poorest President” moniker. According to him

“The poorest is the one who needs a lot to live… My lifestyle is a consequence of my wounds. I’m the son of my history. There have been years when I would have been happy just to have a mattress.”

Two thumbs up to this exceptional man who has proven power can never corrupt you if you don’t let it. His kindness, generosity, and influence will continue to be felt for many years to come.

Let’s all spread the word about this awesome president! Hopefully more politicians follow his example. Because the world really needs more people like this. Don’t you agree?