What do you usually do with items you no longer have a use for, like your old toothbrushes, boots, or bras? Usually, you discard them and toss them into the trash or find other ways to reuse them. For some people in New Zealand, however, these items can be used as decors for fences — the famous of this can be found in Central Otago.

The Cardrona Bra Fence has become a unique tourist attraction that started in 1999. It has gained worldwide attention for the colorful brassieres brazenly displayed on the fence.

The bra fence started one morning when four women’s bras were found hanging on the fence along the road. 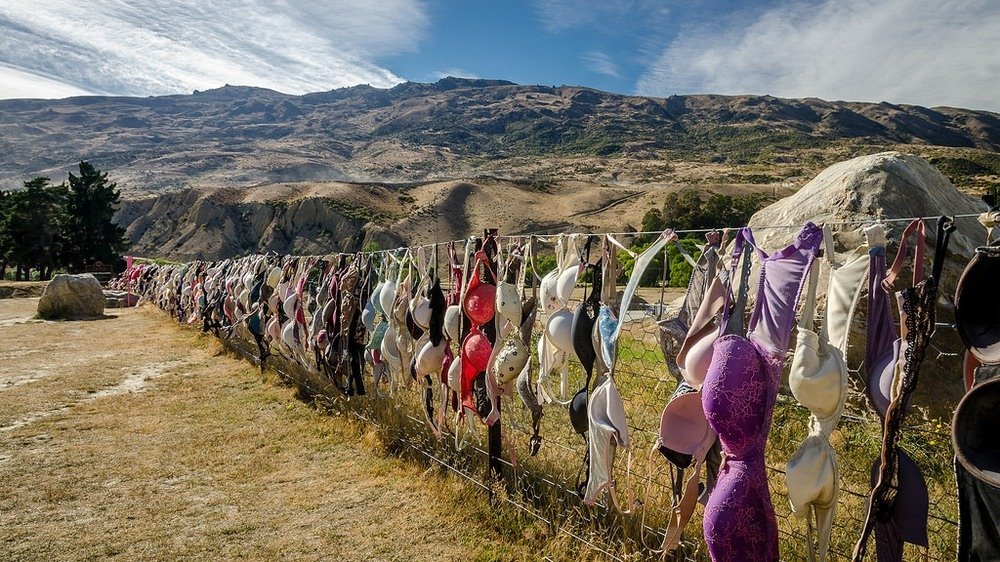 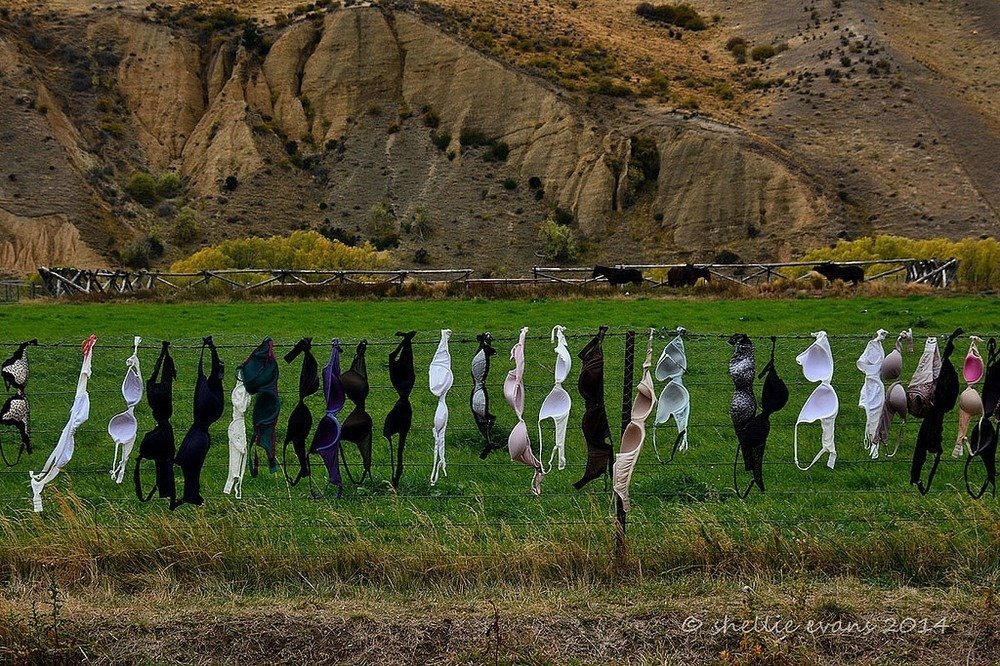 Since then, the number of bras multiplied to thousands and the fence has become a sight for tourists. 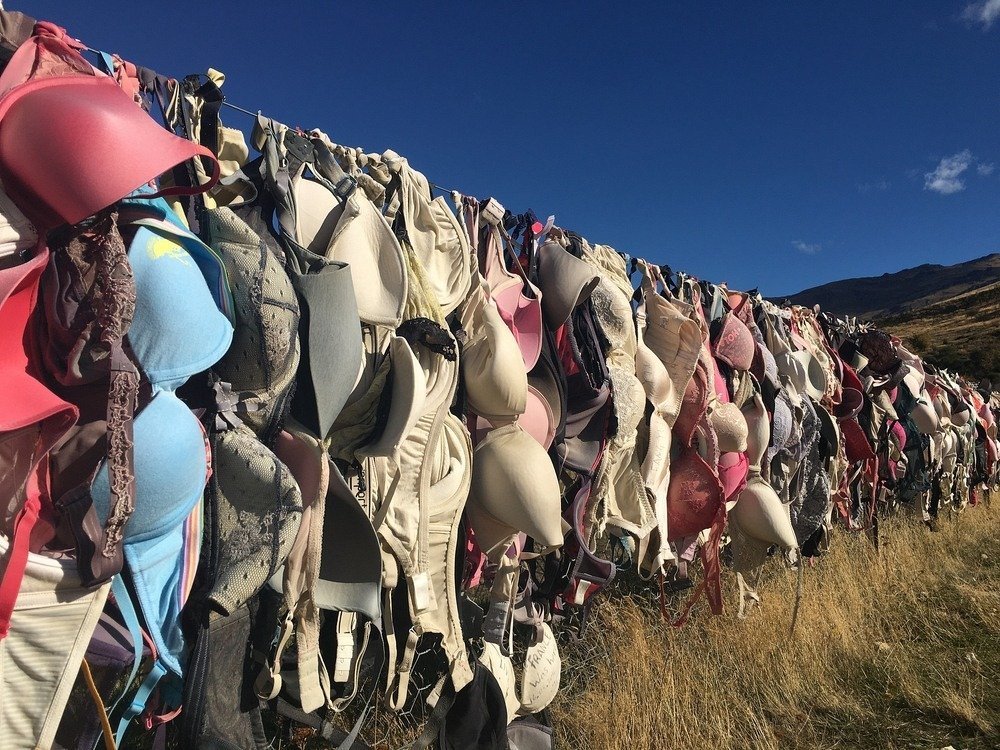 The fence has been used to support the Breast Cancer Foundation (BCF). 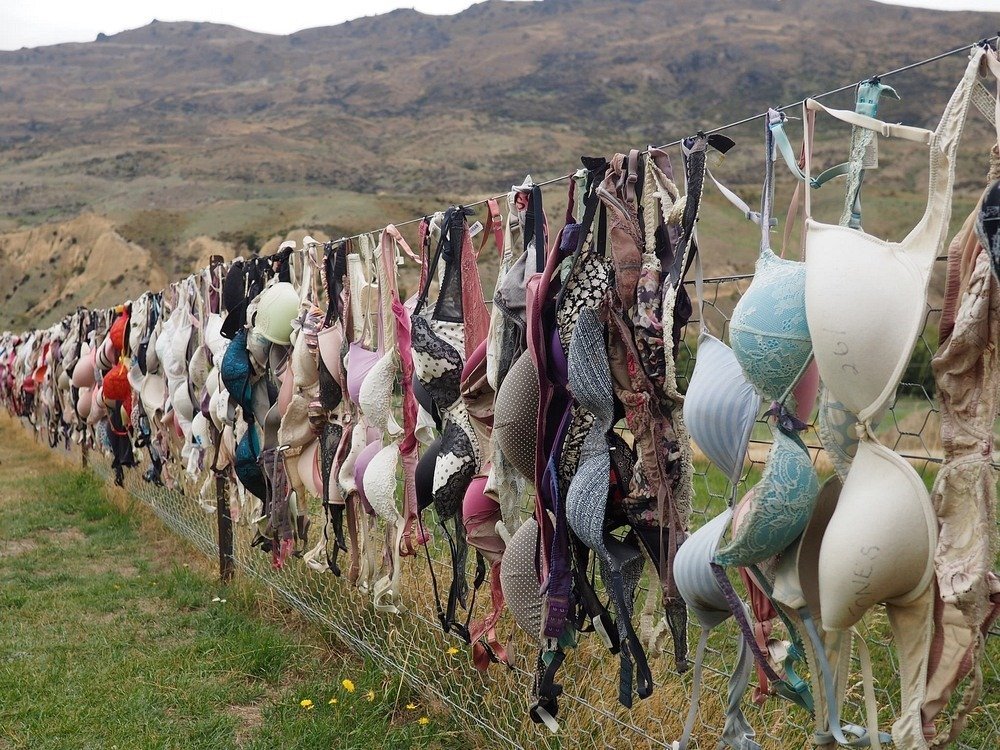 As expected, the bra fence was not received well by some people who think that the display of underwear along a public road is an embarrassing and unpleasant sight. These haters started attacking the fence, stripping off the bras on several occasions. However, the bras would return each time. Tourists can also make donations at the pink charity box to support the BCF.

Besides bras, other discarded items, like toothbrushes, flip-flops, and even bicycles, have also been used. In the quiet rural area in Te Pahu, the fence along the road is decorated with colorful toothbrushes. A local named Graema Cairns is the person behind this quirky attraction.

As the toothbrush fence became famous, more people started donating their own. 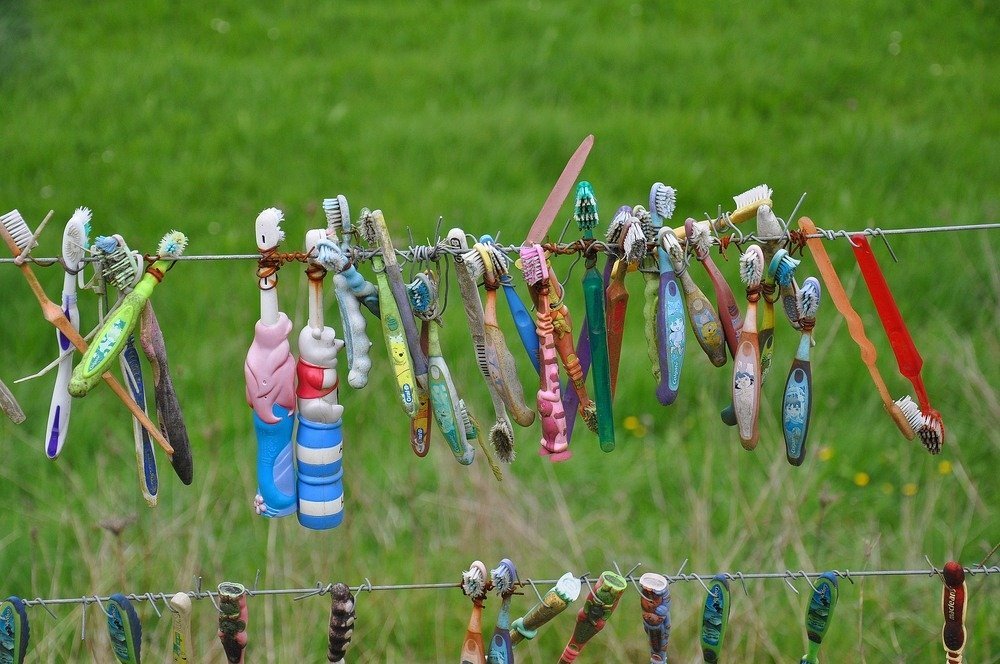 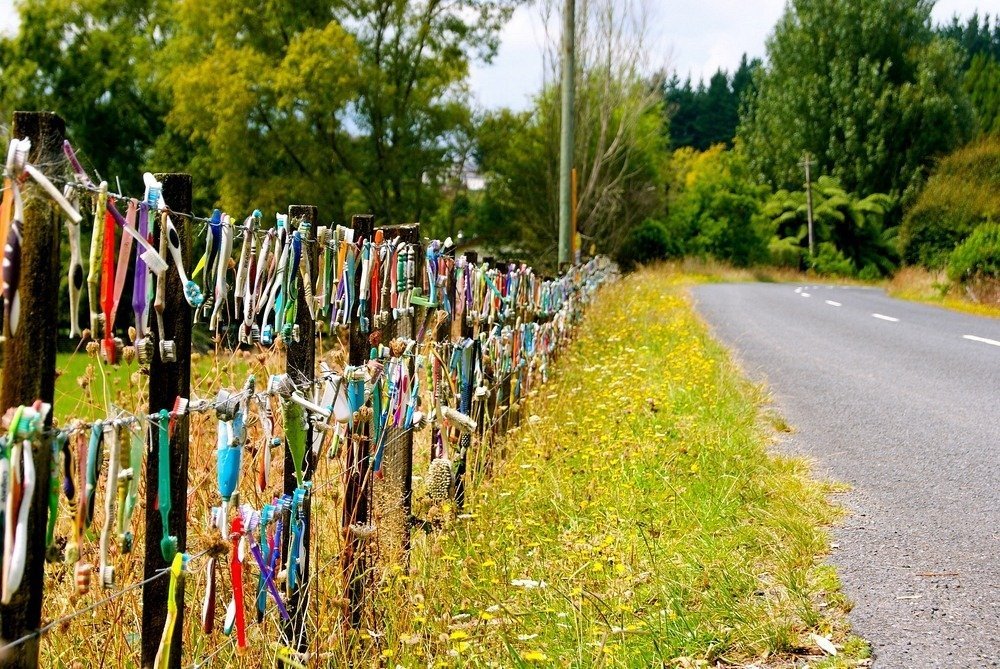 These flip-flops are called jandals in NZ — short for Japanese sandals. 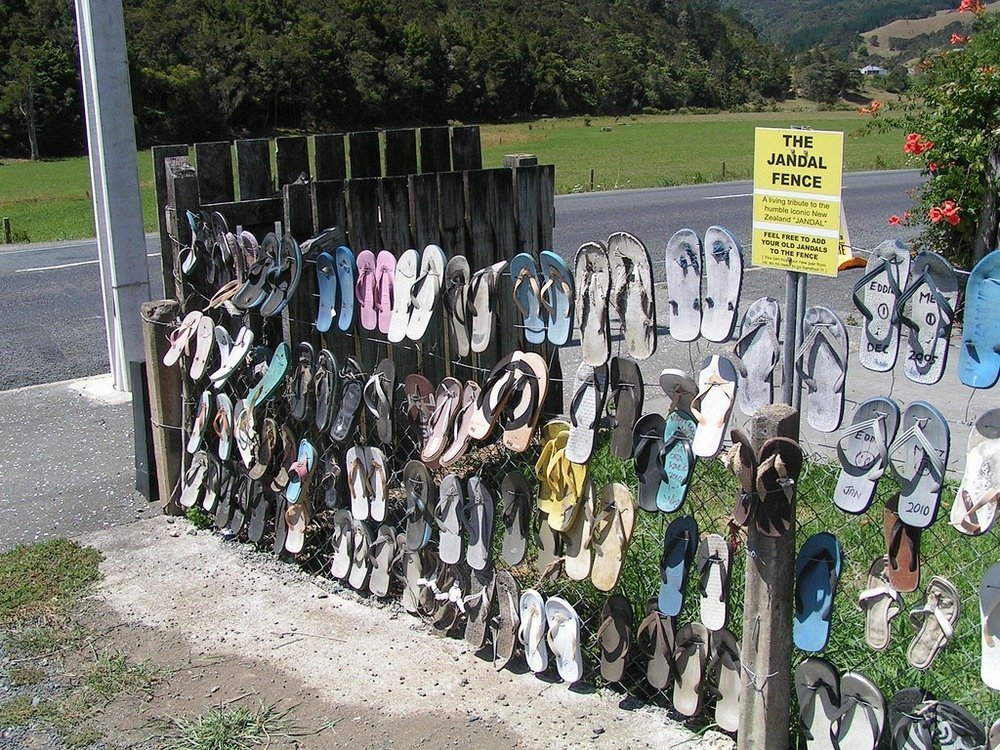 Jandals have become sort of a national icon in the country. 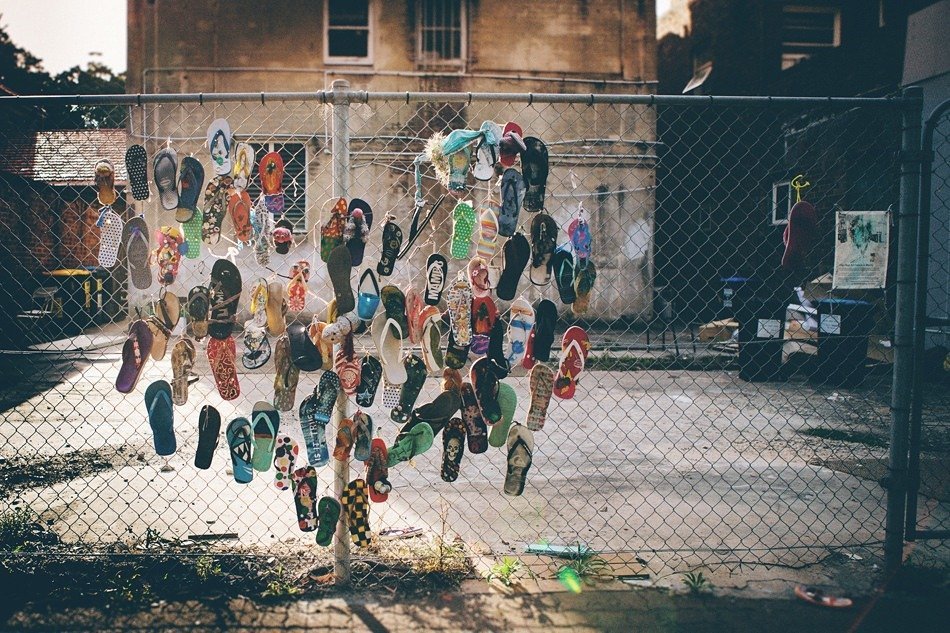 This jandal fence can be found in Kaeo in Northland, New Zealand. 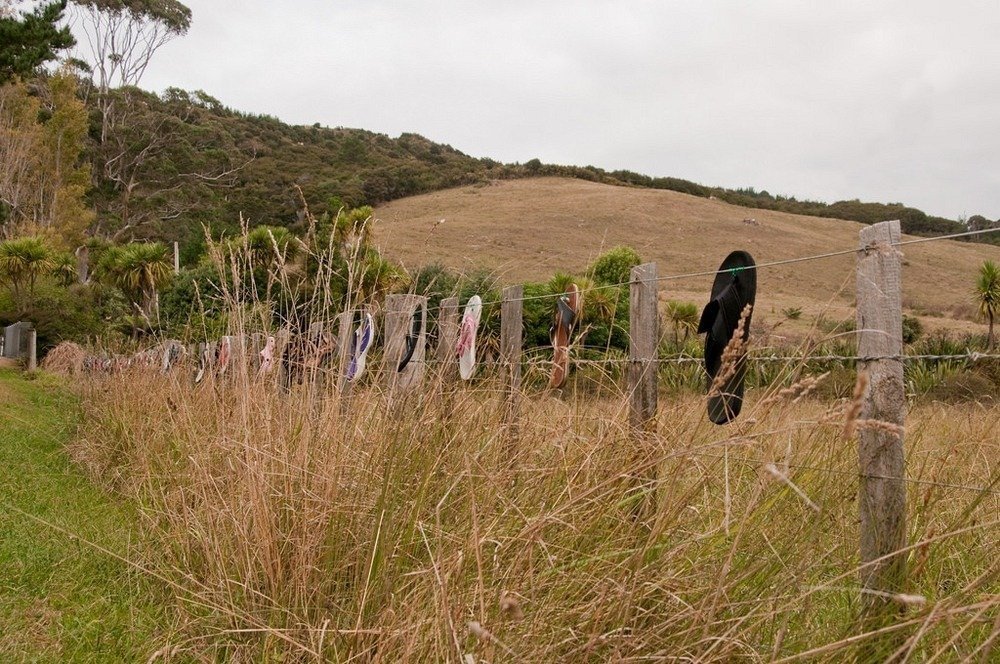 In Woodhill, North West Auckland, one can find the gumboots fence. 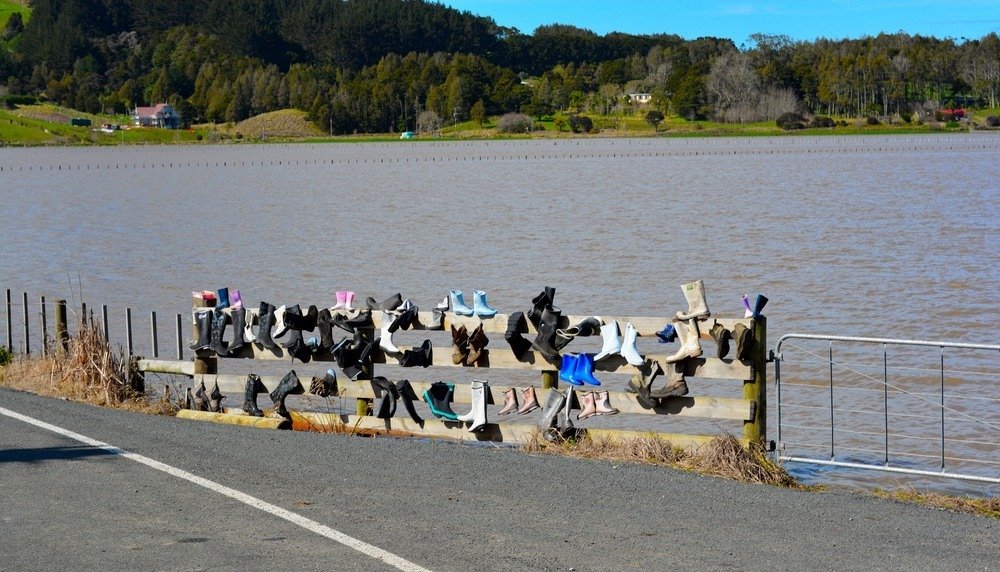 Kelston, Auckland also has a fence decorated with hub caps.

This fence is found in Wenderholm.

Buoys line this fence along the road in Cape Palliser in Wairarapa. 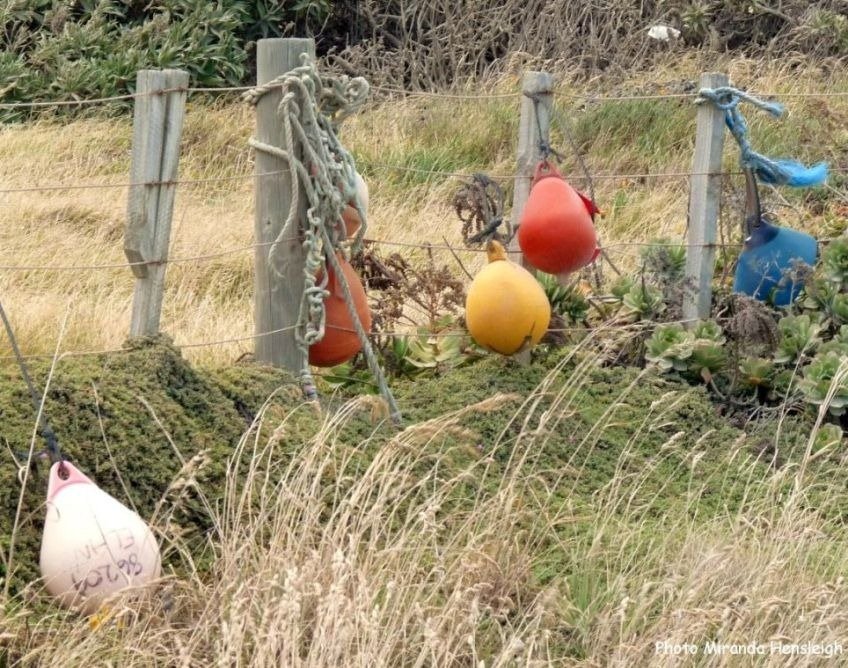 This concrete wall found in Eltham is embedded with children's toys. 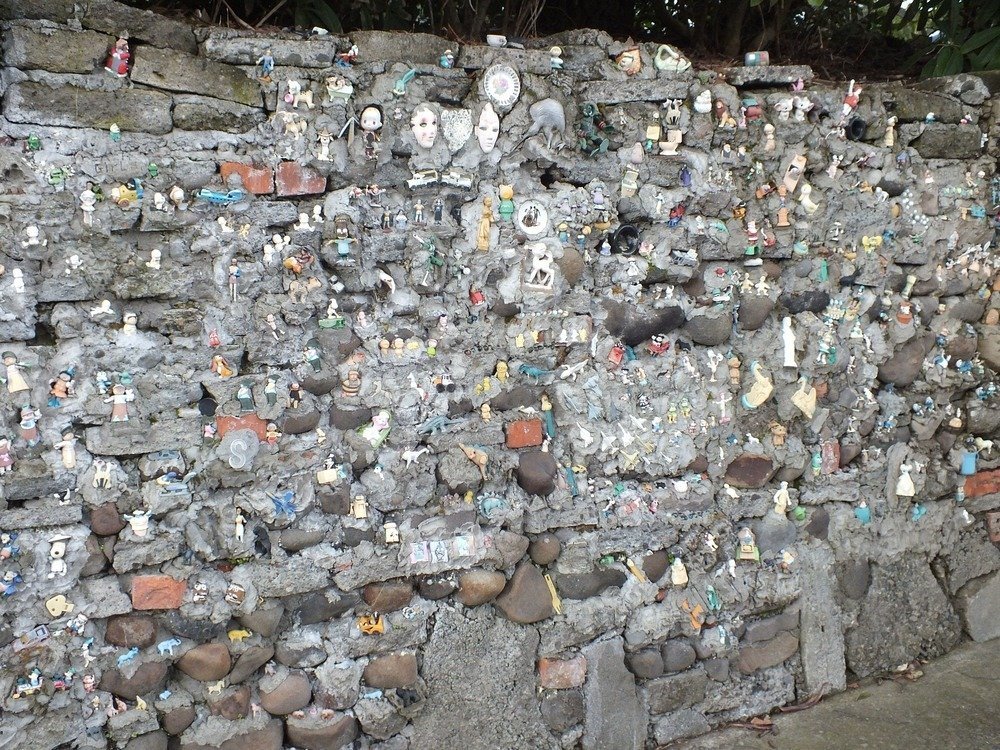 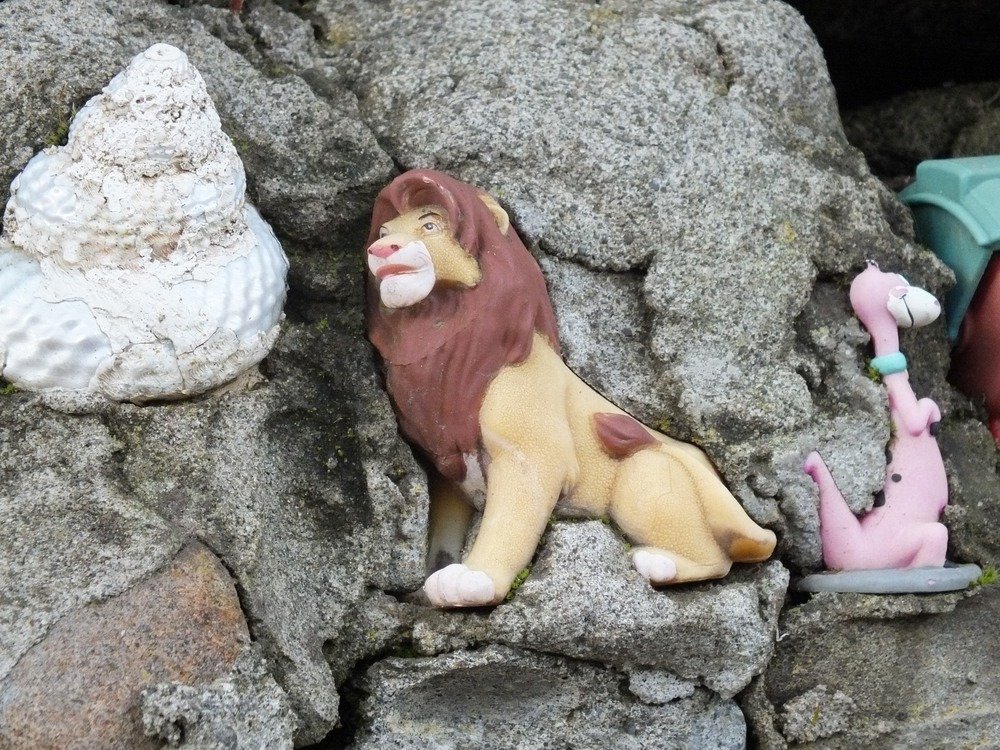 Some may think these fences are absurd while others are amused to see such a unique sight. What do you think?