Ever noticed those ubiquitous garden gnomes? According to history, the origin of garden gnomes traces back to Germany in the early 1800s. Tradition tells us that gnomes are believed to be symbols of good luck. People apparently considered them as protectors of buried treasure and that they watch over crops and livestock.

These days, these mythical creatures are still popular and chances are you have these in your garden, too. If you, however, want to go outside the ordinary and give your garden a horror flavor, you might want to check out what Revenant FX has to offer.

You see, these Canadian artists are actually huge horror fans and so they’re now on a mission to transform those cute little figures into something much, much scarier. Obviously inspired by The Walking Dead, Dawn of the Dead, and others, the group are currently “bringing the undead to life, one gnome at a time” with their masterfully-crafted handmade zombie garden gnomes.

Scroll down the photos below and check out what awesome stuff they’ve come up with: 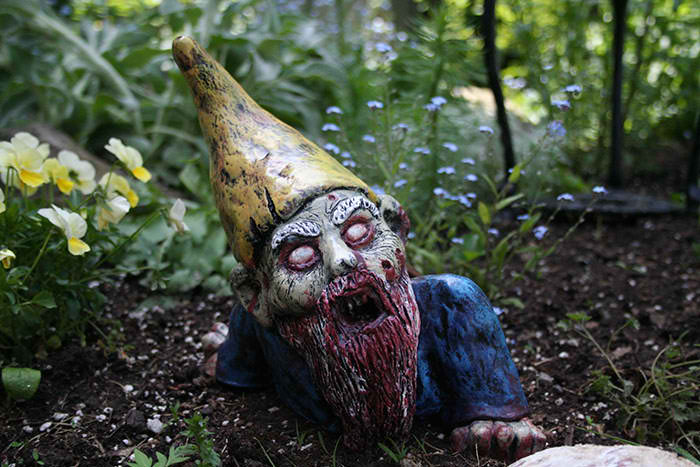 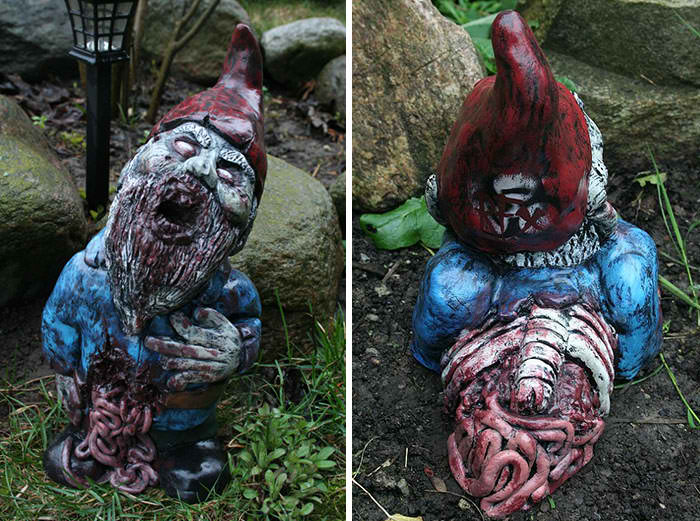 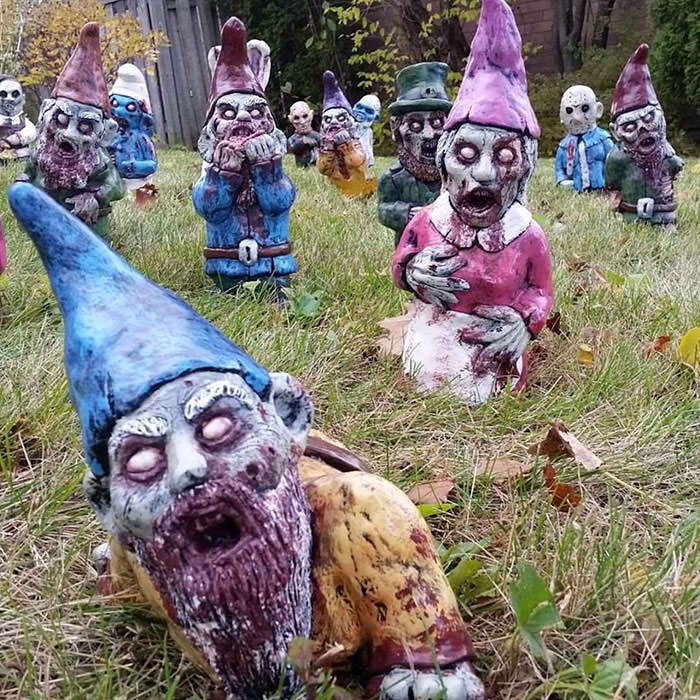 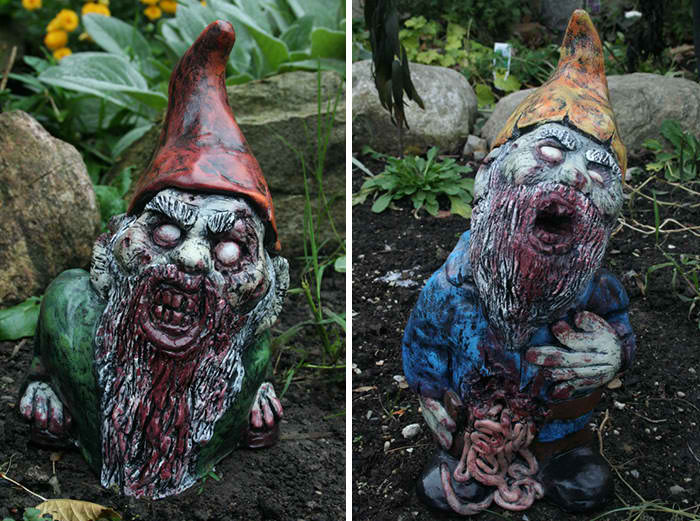 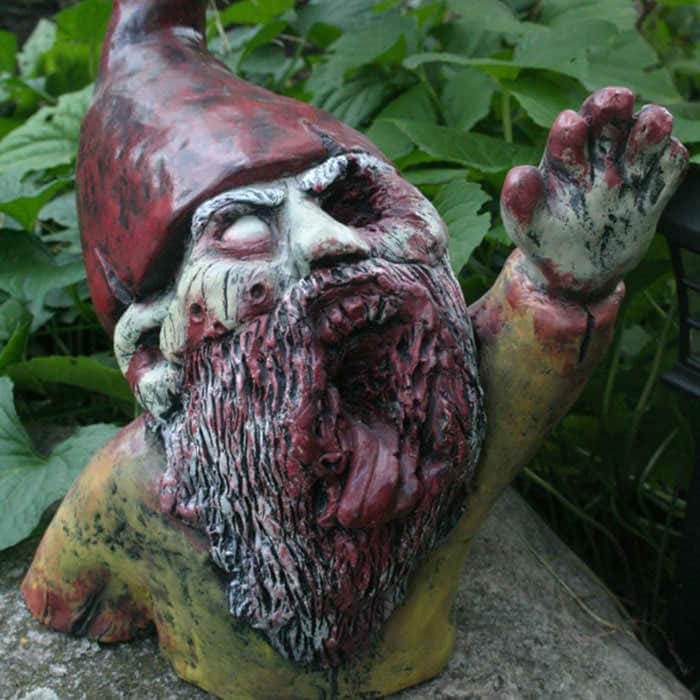 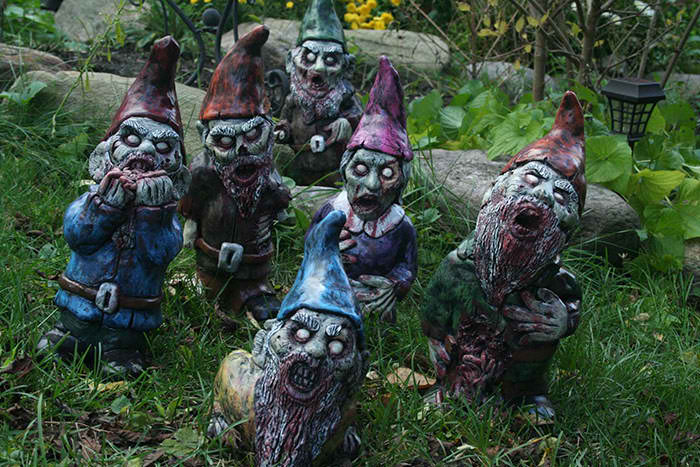 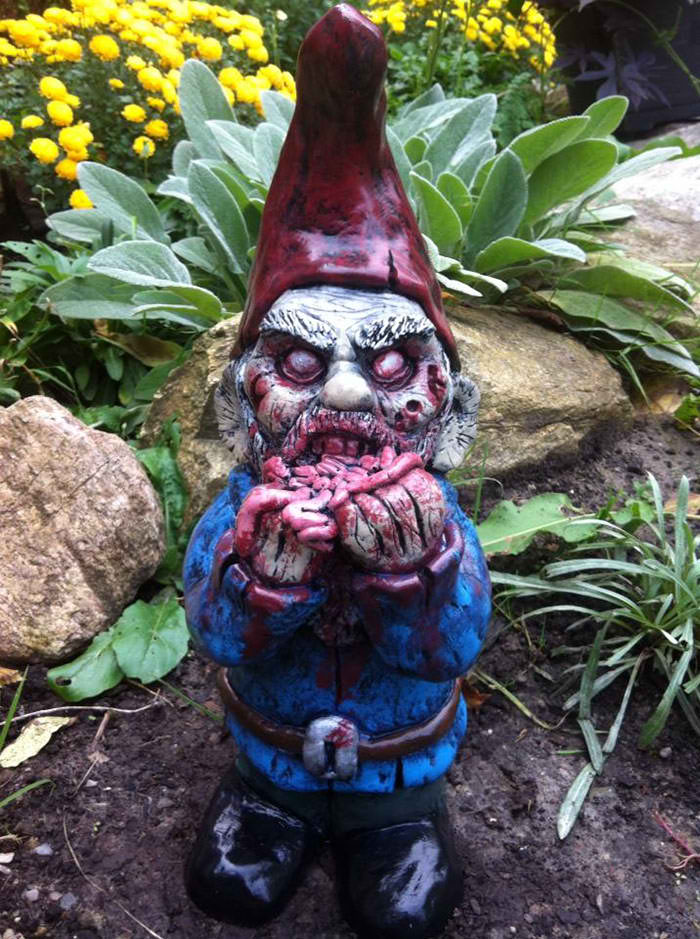 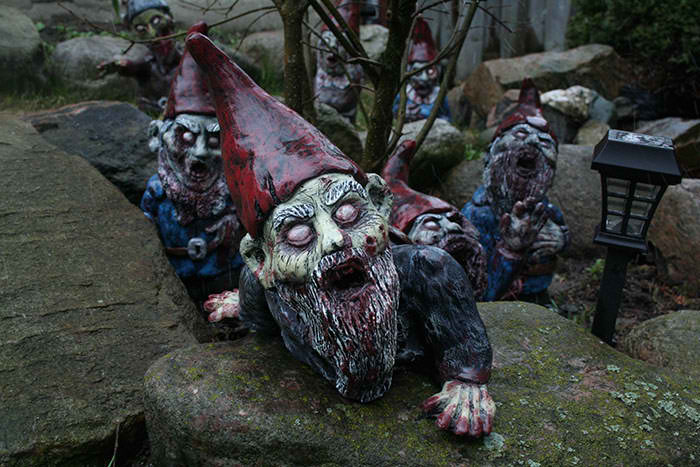 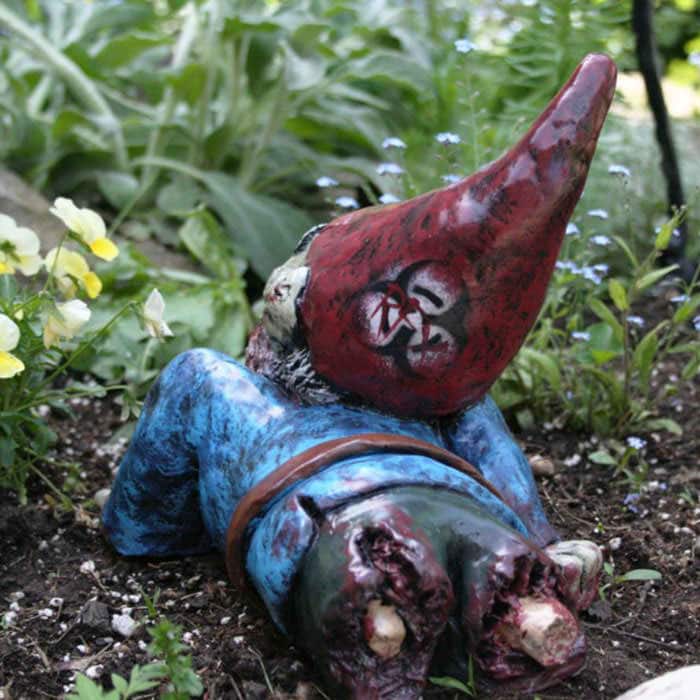 That really looks super freaky! You can bet these zombie gnomes may even scare trespassers or burglars away. Heck, I probably would think twice about stepping on my own garden if we had these.

So yep, this is definitely not recommended for the faint of heart. In case you are still interested, you may get a hold of these spooky gnomes by visiting Revenant FX on Facebook, Twitter, Instagram, and on their Etsy store.