Just recently, Central Mexico was hit by a 7.1 magnitude earthquake that took the lives of innocent people. While many survived, most of them lost their homes and apartments. This goes without saying that over millions of people had their electricity supply cut.

Individuals were quick to offer their prayers and sympathies on social media sites. Others uploaded photos taken directly from the affected areas, while some shared videos showcasing the prowess of the earthquake.

One video shows an explosion, the other features a building crashing down.

While most felt fear and hopelessness, a group of tourists found the near-death experience funny. One shouted and asked if they were recording it.

Reports have it that the terrifying earthquake happened just hours after a series of nationwide drills were conducted. The drills, in particular, were meant to commemorate the earthquake that leveled the country three decades ago.

Here’s an aerial shot of an area moments after the 7.1 magnitude earthquake occurred.

The epicenter was said to be 2.8 miles away from east-northeast of San Juan Raboso, just 34.1 miles south-southwest of Puebla city. The earthquake unleashed its power on the anniversary of yet another earthquake that killed thousands of people in Mexico City in 1985.

Rescuers reportedly struggled in finding survivors through the rubble. This is the second time in two weeks that an earthquake leveled Mexico, with the first one having a magnitude power of 8.1.

President Donald Trump of the United States tweeted this:

God bless the people of Mexico City. We are with you and will be there for you.”

One Luis Ramos was quoted saying,

On the elevated roadway, I could see smoke and hear explosions. I saw a lot of damaged buildings where the exteriors had fallen. I saw some collapsed buildings.”

A Facebook page called Hope Worldwide uploaded a number of photos, showing the relentless power of the killer earthquake. 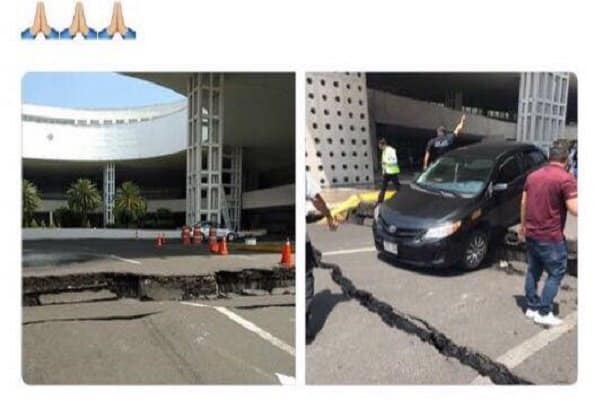 People were quick to find safety, as buildings and establishments started to crumble down. 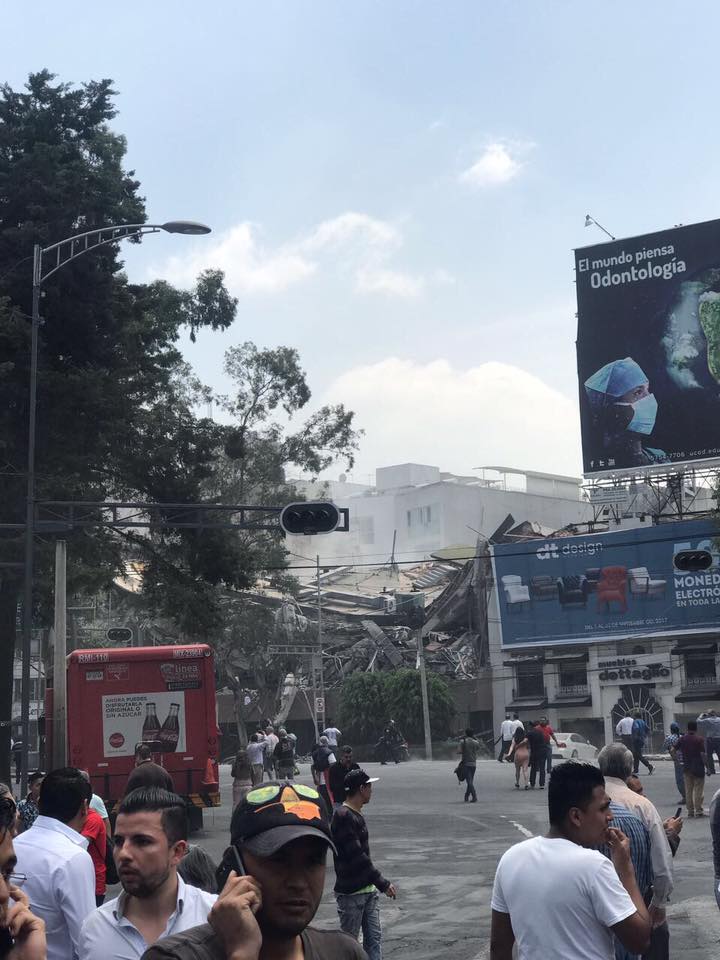 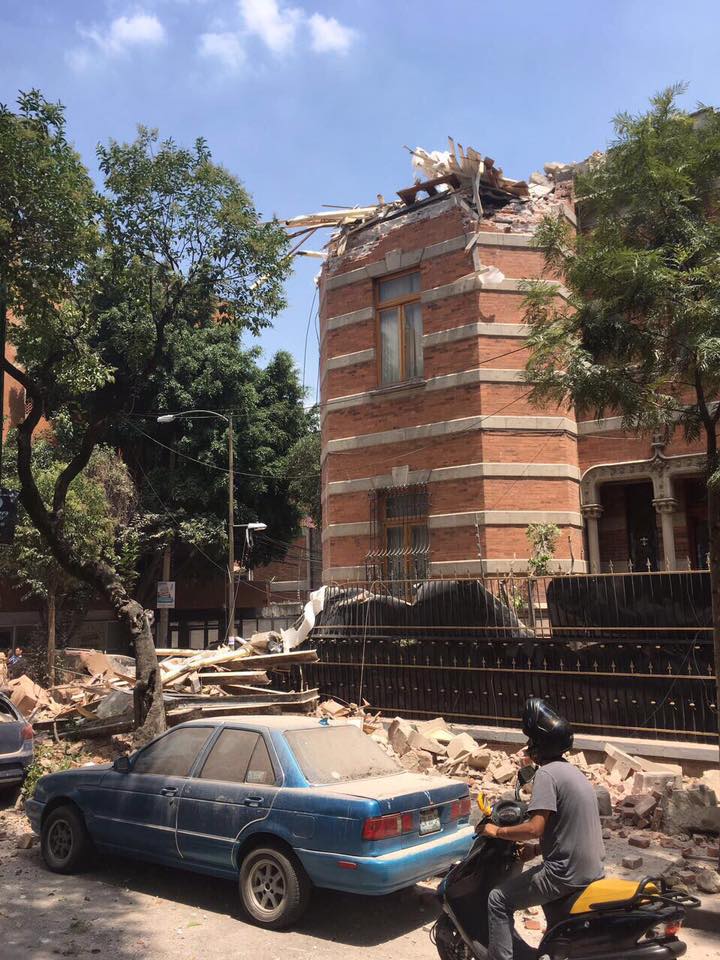 Check out some of the disheartening videos taken during the disaster:

Our thoughts and prayers are with you, Mexico!