With government authorities warning everyone of an impending flood, the neighbors of Randy Wagner were all laughing at him. It was because he decided not to leave his home and he believed he could protect it by building a dam around it.

Sure, that idea sounds ridiculous and insane but to everyone’s surprise, that’s exactly what Wagner was able to achieve.

This man from Rosharon, Texas didn’t want to experience the hassle of packing his things up, staying at an evacuation center, and then spending big bucks for property repairs after the flood. So he started searching the internet for possible solutions to the problem of flooding and he eventually found Aqua Dam.

Randy Wagner of Rosharon, Texas was mocked by his neighbors for building a dam around his house. Eventually, his house was the only survivor in the flood.

Aqua Dam is a 400-foot plastic tube which functions much like a massive sandbag around a house. While it did take a lot of work from Wagner’s part to finish building the dam, it was pretty much worth it as his house was the only house that was eventually spared from the 27-inch-high flood.

The 27-inch-high flood that struck the area failed to penetrate his home, thanks to 400 feet of plastic tubes.

How much did he have to invest to ensure his property’s safety?

I must say I admire this guy not only for thinking out of the box but also for staying humble. It must’ve been easy to say “I told you so!” or “look who’s laughing now” but he’s just really grateful to God for showing him how to save his house.

Well at least now he knows how Noah must’ve felt like back in his days!

Austria’s Mobile Flood Walls: An Amazing Feat Of Engineering That Keeps Everyone Safe 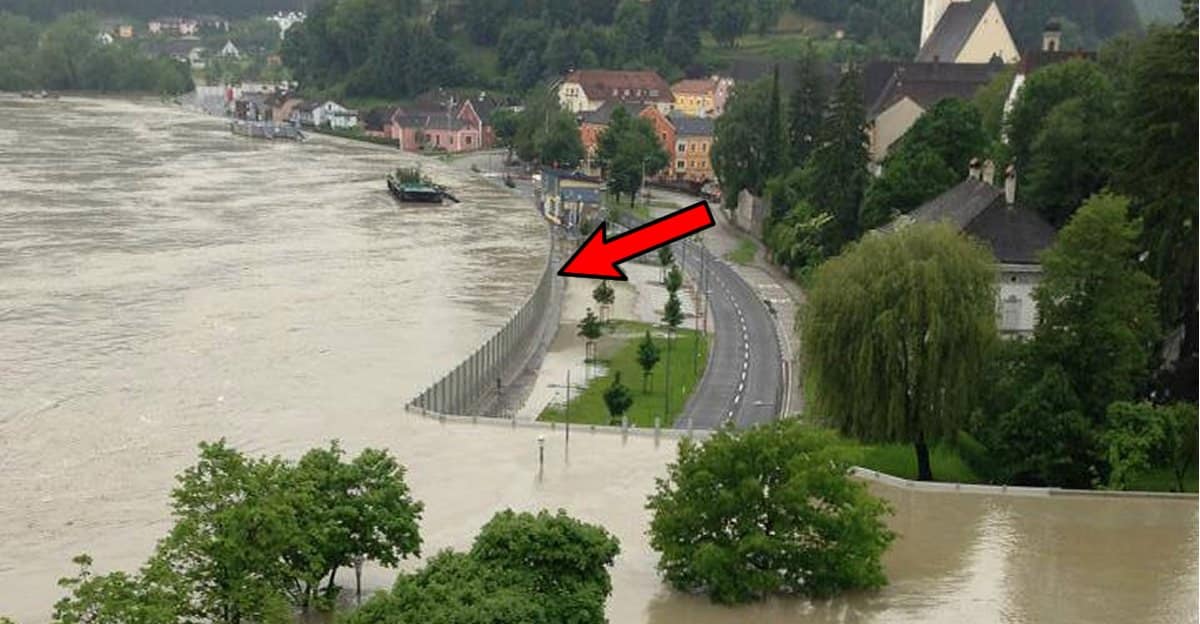