One of the flashpoints in racial relations in the US involves the members of the African-American community and law enforcement officers. New Hampshire police officer Tim McMillan, who is white, has experienced this tension firsthand — and it broke his heart. 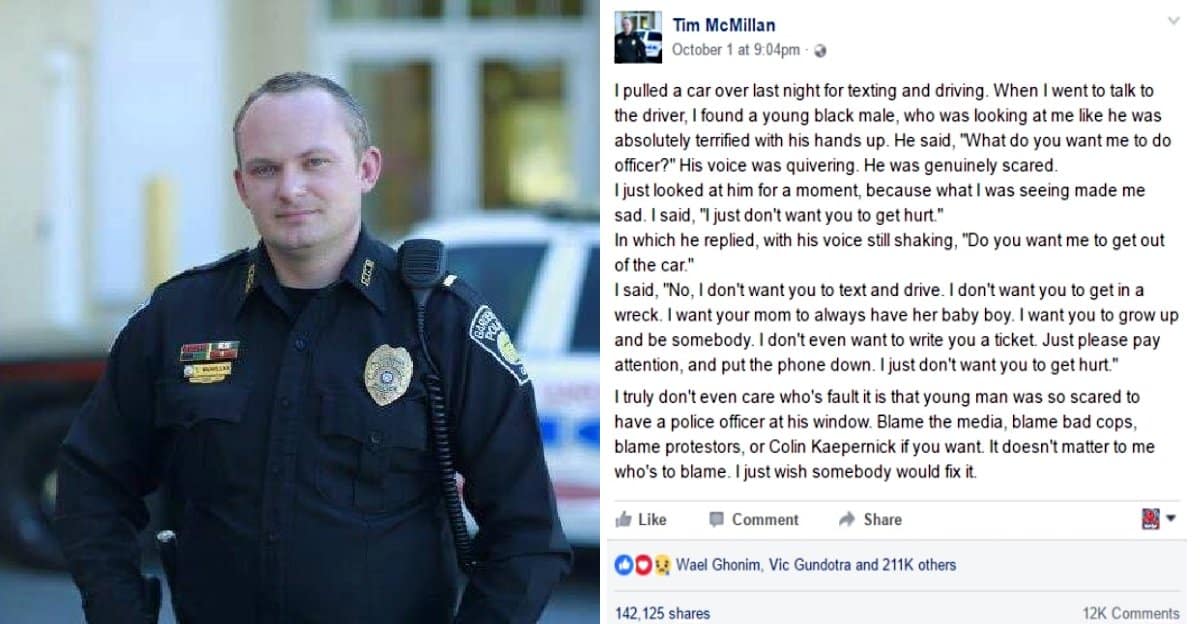 Over the years, there have been many reports of racially-charged encounters between African-Americans and cops. The root of the tension is complicated. Many police officers usually assume that African-Americans are breaking the law.

There are a few cases that flesh out this bias.

Just this July, a black therapist named Charles Kinsey was trying to calm down a man with autism in the middle of the street in north Miami. Unfortunately, cops Kinsey was attacking the autistic man. So, they shot him repeatedly. Luckily, he lived to tell his tale.

In August, a mentally challenged black man named Donnell Thompson was mistaken for a carjacker. Los Angeles police ended up shooting him to death even when he was unarmed.

This man is the police officer we need. 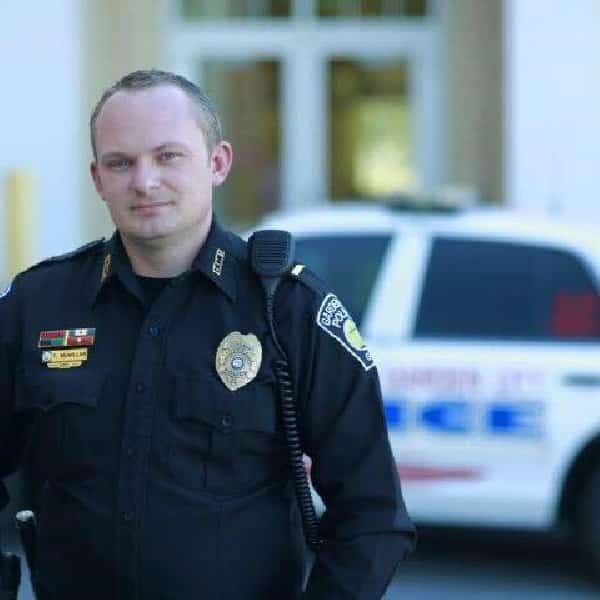 In light of these scenarios, police officer McMillan told his heartbreaking story in an October 1 Facebook post:

He’s a police officer with a big heart. 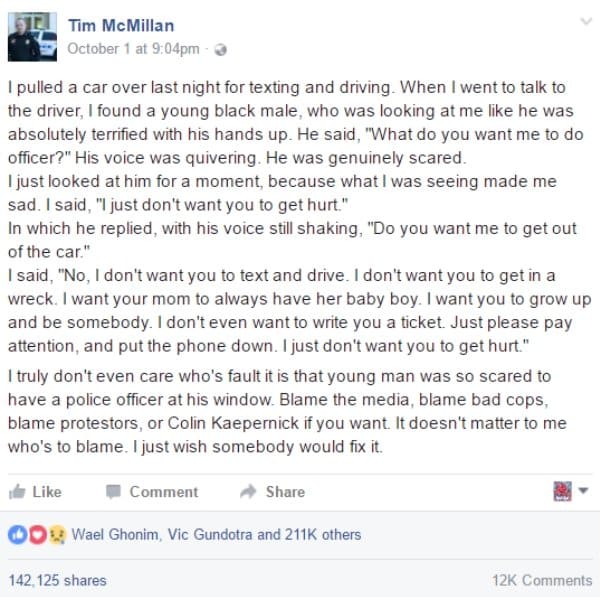 I pulled a car over last night for texting and driving. When I went to talk to the driver, I found a young black male, who was looking at me like he was absolutely terrified with his hands up.”

He said, ‘What do you want me to do officer?’ His voice was quivering. He was genuinely scared.

I just looked at him for a moment, because what I was seeing made me sad. I said, ‘I just don’t want you to get hurt.’

To which he replied, with his voice still shaking, ‘Do you want me to get out of the car?’

I truly don’t even care who’s fault it is that young man was so scared to have a police officer at his window. Blame the media, blame bad cops, blame protestors, or Colin Kaepernick if you want. It doesn’t matter to me who’s to blame. I just wish somebody would fix it.

McMillan’s post got a lot of positive response and has since been shared thousands of times.

He eventually wrote another Facebook status to address all the warm response.

He remains humble despite all the praise he got. 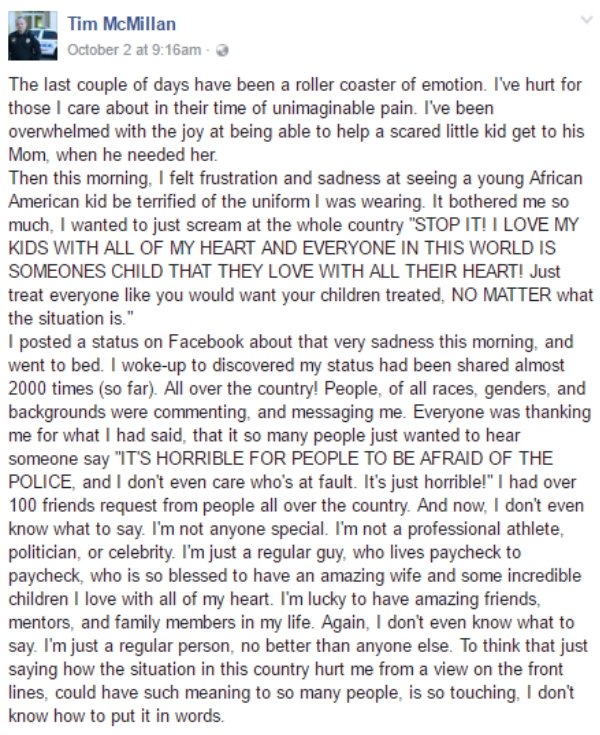 This morning, I felt frustration and sadness at seeing a young African American kid be terrified of the uniform I was wearing. It bothered me so much, I wanted to just scream at the whole country ‘STOP IT! I LOVE MY KIDS WITH ALL OF MY HEART AND EVERYONE IN THIS WORLD IS SOMEONES CHILD THAT THEY LOVE WITH ALL THEIR HEART! Just treat everyone like you would want your children treated, NO MATTER what the situation is.’

I posted a status on Facebook about that very sadness this morning, and went to bed. I woke-up to discovered my status had been shared almost 2,000 times (so far). All over the country! People, of all races, genders, and backgrounds were commenting, and messaging me.

Everyone was thanking me for what I had said, that it so many people just wanted to hear someone say ‘IT’S HORRIBLE FOR PEOPLE TO BE AFRAID OF THE POLICE, and I don’t even care who’s at fault. It’s just horrible!’ I had over 100 friends request from people all over the country.

And now, I don’t even know what to say. I’m not anyone special. I’m not a professional athlete, politician, or celebrity. I’m just a regular guy, who lives paycheck to paycheck, who is so blessed to have an amazing wife and some incredible children I love with all of my heart. I’m lucky to have amazing friends, mentors, and family members in my life.

Again, I don’t even know what to say. I’m just a regular person, no better than anyone else. To think that just saying how the situation in this country hurt me from a view on the front lines, could have such meaning to so many people, is so touching, I don’t know how to put it in words.

The world definitely needs more police officers like this guy. Kudos to you, Tim McMillan!