Trust is a sacred thing that, once broken, can be hard to win back. So when a relationship ends because of cheating, you can almost always be sure that it certainly wouldn’t end well.

Take it from Nick Lutz, a college student who decided to break up with his girlfriend after she cheated on him.

Eventually, his ex decided to write him an apology letter, asking for forgiveness while, ironically, claiming no cheating ever occurred.

Nick Lutz’ cheating ex-girlfriend wrote him an apology letter – he responded in a very savage way! 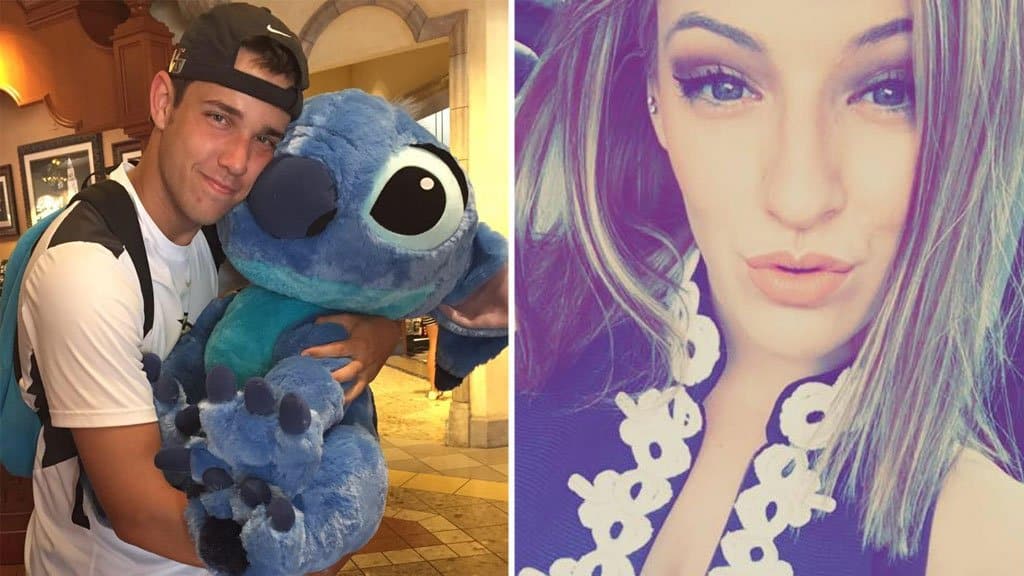 How would you react if you received such an absurd letter? Well in Nick’s case, he felt the best response is to pick up a red pen and delivering the sickest burns ever – as in grading the letter and pointing out its many errors!

Nick began by slamming the poor choice of format used in the letter. 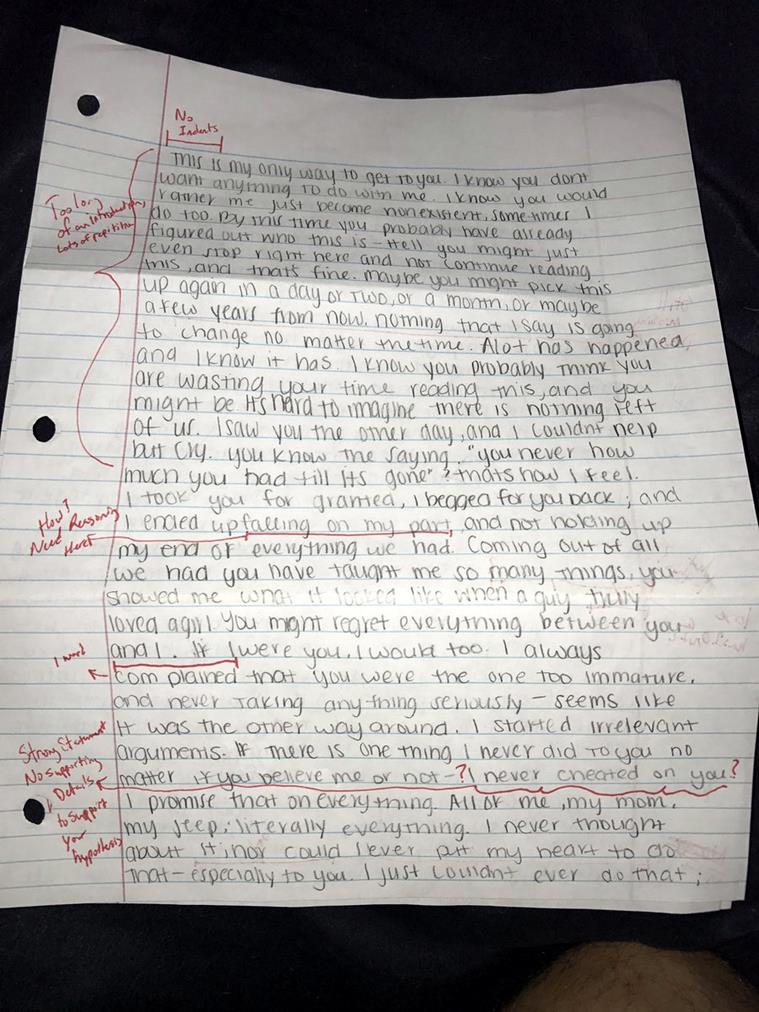 He likewise pointed out the lack of details – along with a misspelling. 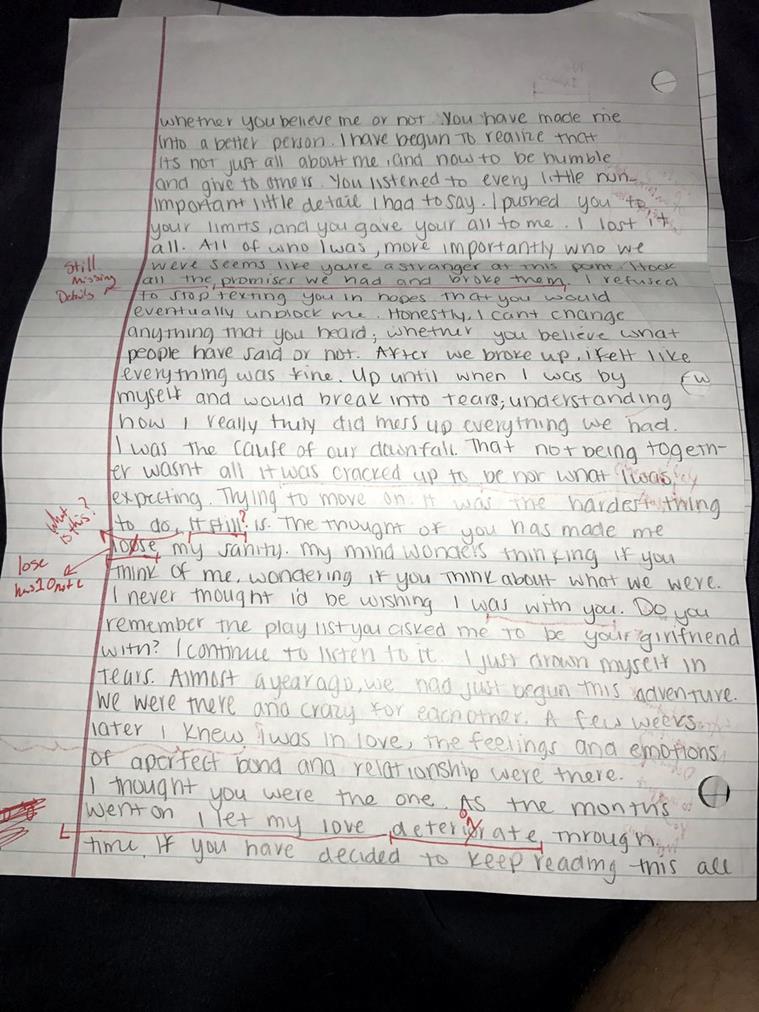 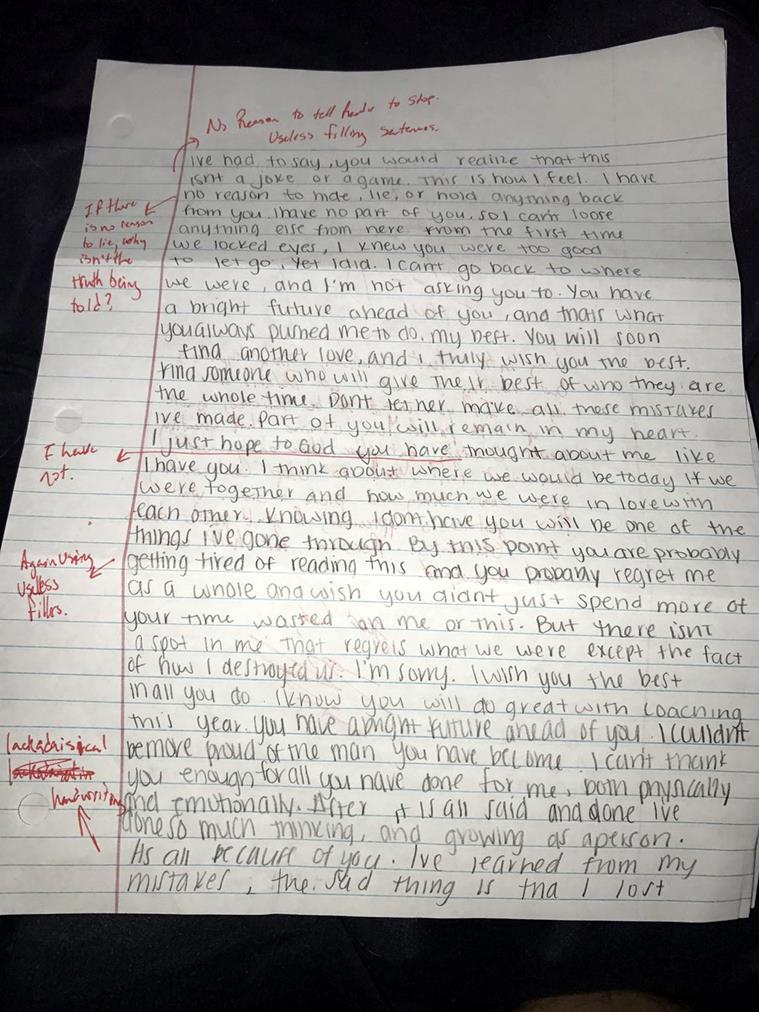 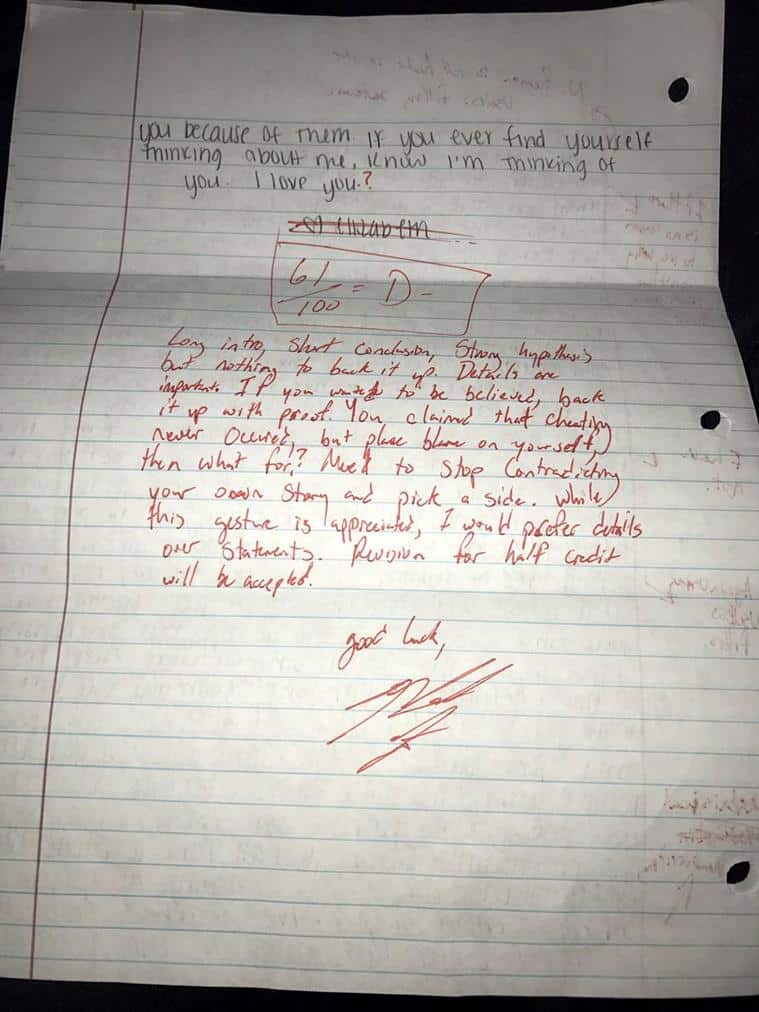 Nick wrote his final thoughts on the last page:

“Long intro, short conclusion, strong hypothesis but nothing to back it up. Details are important. If you wanted to be believed, back it up with proof. You claimed that cheating never occurred but place blame on yourself, then what for? Need to stop contradicting your own story and pick a side. While this gesture is appreciated, I would prefer details over statements. Revision for half the credit will be accepted. Good luck!” 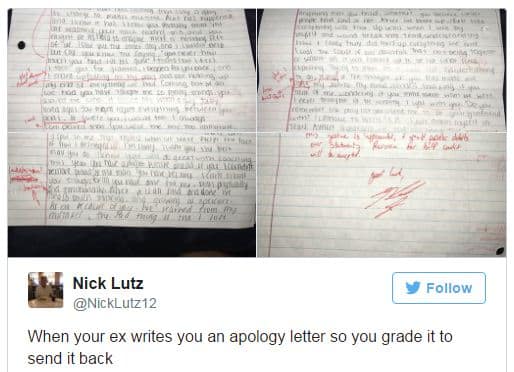 Nick posted the letter on Twitter with the intent of sharing it with friends but eventually, the tweet went viral! It looks like many netizens approve of his brutal reply.

… while another even asked Nick out!

Best of luck to you, Nick!