Michelle Lewin has over 13 million followers on Instagram and another nearly nine million on Facebook. She is certainly a popular figure, which is why she is keen on posting updates for her fans.

The fitness model was just having fun with friends at the Bahamas when a couple of uninvited guests joined her. While she was posing for a photo shoot, the group of four pigs walked up behind her and bit her! Michelle then shared the footage of the pig attack with her followers on Instagram. 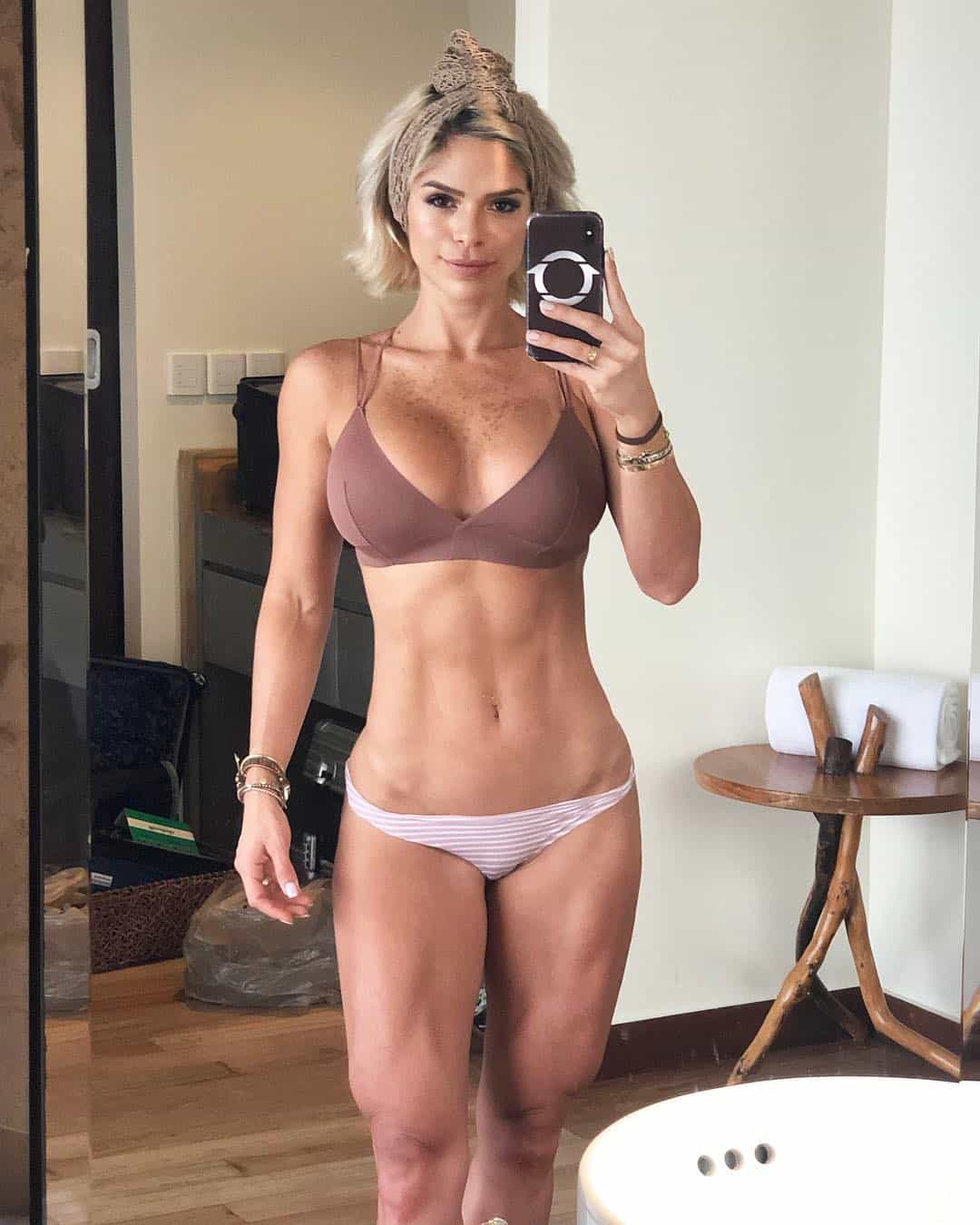 In the viral footage, the Venezuelan model can be seen wearing a skimpy white bikini on the beach as she turned her back to the approaching pigs. Suddenly she screams in pain and shouts, “It bit me, it bit me.”

As if that’s not enough, another pig chased Lewin. She runs away but later shows the camera her skin has been left red raw and bleeding. 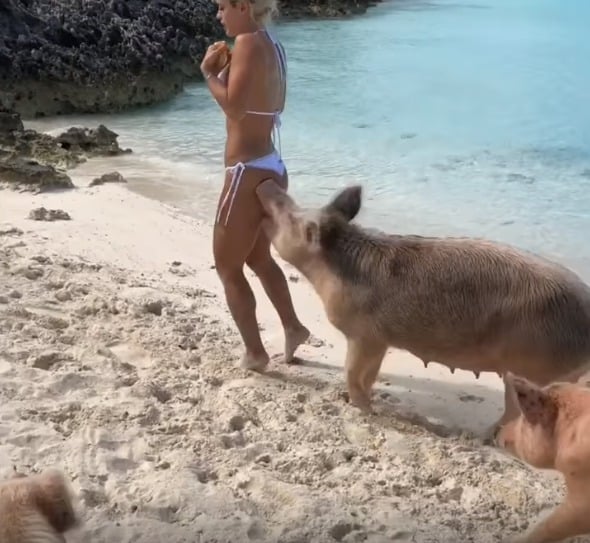 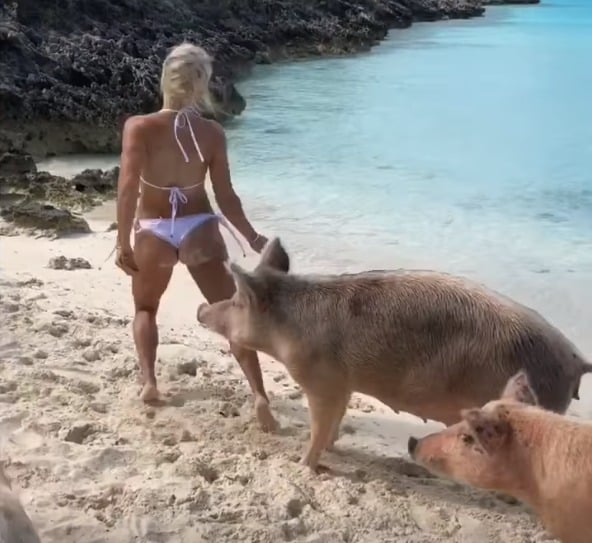 Michelle was vacationing at the Pig Islands, in the Bahamas when the incident took place. The island is known for its swimming and very feral pigs, which many travelers like to take photos with.

Unfortunately for Michelle, she took more than just a photo. But luckily, the Instagram star did not suffer any serious injuries.

“It’s definitely off her bucket list. We understand that they are wild animals. And we’re entering their territory. It’s our own fault.”

Since posting the clip on Instagram a few days ago, the video has garnered more than six million views. 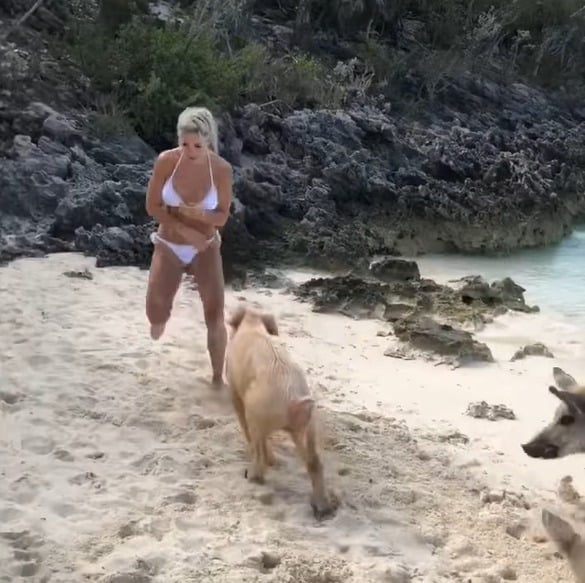 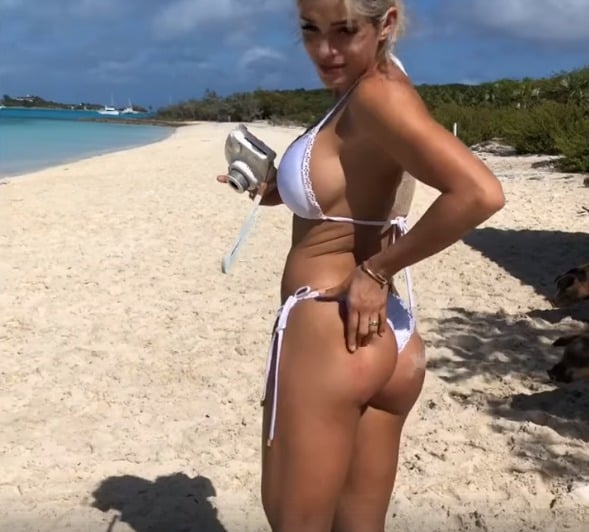 Michelle later posted an Instagram story of herself with her fitness instructor husband enjoying breakfast on the beach in good spirits after the incident.

She also shared a short clip showing that the bite marks now turned into big bruises. Judging from Michelle’s reaction, she finds the whole thing hilarious and not necessarily traumatic.