Chance, the dog, was hit by a car and was left for dead on the side of a road. The poor pup lost his legs and was about to be put down.

Fortunately, the kind people at the San Antonio Pets Alive, an animal rescue center, saved him. But now Chance needed a wheelchair to move around. He was broken and nobody wanted him to adopt him—except Michael.

Michael’s condition also confines him in a wheelchair.

“I knew his struggles as well as mine, and I knew that we could overcome those obstacles together,” Michael said. “When he’s in his chair and we’re running together down the street, we feel free. It’s easy for us to relate.”

Now Chance is living a better and happier life with Michael and his wife.

The pooch found a loving home and a friend who knows exactly what he's going through. 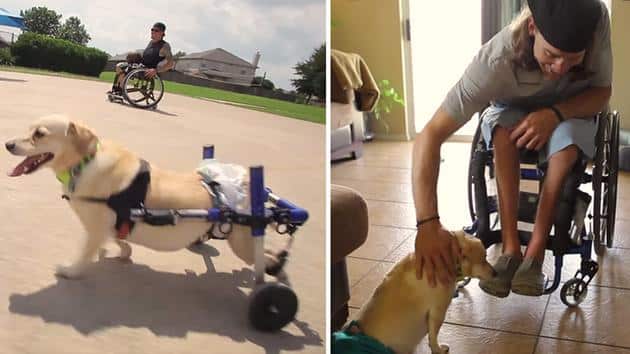 And because of that, they’ve created a beautiful bond.