Gold diggers are the worst. The Urban Dictionary defines one as someone “whose primary interest in a relationship is material benefits.” That type of woman “cares more about the bank account than she does about the man.” These gold diggers use their charm and wits to victimize hapless men who would fall for them.

Case in point, this German guy only known as Kristoff learned his lesson the hard way after he was allegedly left alone by his girlfriend.

Not a tourist but a garbage scavenger! This German citizen has to work hard to stay alive in the Philippines. 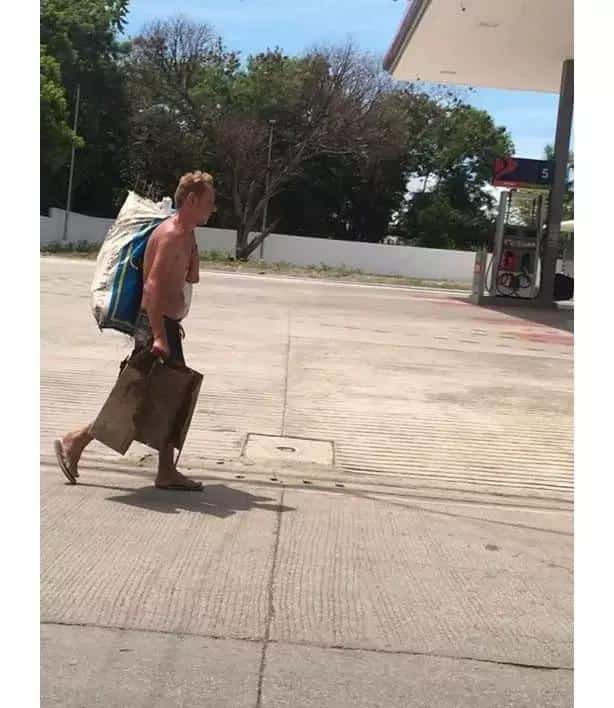 Source: All About Philippines

According to the Kami website, a netizen shared the photos and story of the 49-year-old German national who initially “came to Cebu to meet with his online Filipina girlfriend.” However, the woman eventually left him “after he spent all of his money.”

Kristoff has since been living in very poor conditions and so he has to make money by collecting and selling trash. He’s currently residing in Brgy. Zone Sili, Paknaan, Mandaue City and he’s been in the Philippines for 8 years now.

Kristoff, 49, has been stuck in the country for the past 8 years with no means of going back to Germany. 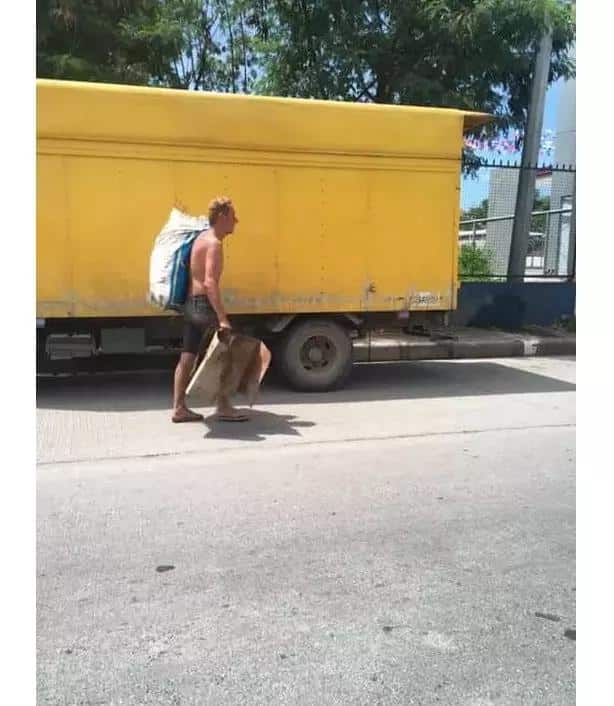 Source: All About Philippines

The concerned netizen hopes that by posting Kristoff’s story online, his relatives or friends will know about his tragic fate and reach out to help him.

For example, some of you may remember about Sandrine Devillard, a glamorous French woman who shocked the world when she married Marcel Amphoux, a humble, toothless (but extremely rich) man.

When Marcel passed away, he left his millions to his cousins and his properties for the tenants – leaving nothing for his gold digger wife.

When it comes to love, you really gotta use both your heart and your head.