We’ve been taught since elementary school that ALL planets in the Solar System orbit around the Sun. But adulthood comes with newer and more amazing information and this one tidbit will surely make you question what your science teacher has taught you. It turns out that Jupiter, the largest planet in the Solar System, does not actually revolve around the sun. For real.

See, Jupiter is a MASSIVE planet. This gas giant has 2.5 times the mass of all the other planets in the Solar System combined. Jupiter’s size affects its gravity with the sun; the center is NOT inside the sun but resides at a point in space located just above the ball of fire’s surface.

Contrary to what we’ve been taught at school, Jupiter does not actually orbit around the sun. 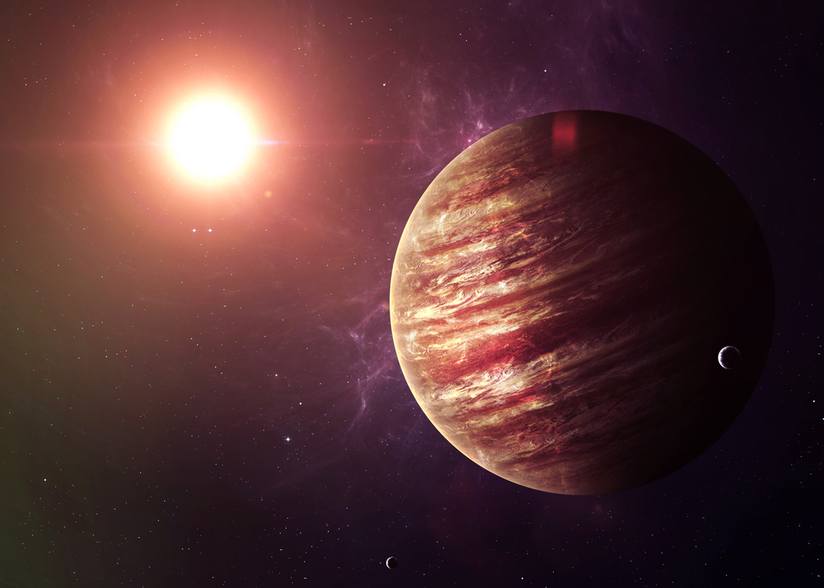 Source: From the Grapevine

To give you an example: When the International Space Station (ISS) rotates around the Earth, both the ISS and Earth orbit their combined center of gravity. This center is just so close to the Earth’s center that its motion around the point is impossible to locate. The ISS describes the motion as a near-perfect circle around the whole planet.

Think about the way the Earth orbits the sun. The Earth is nowhere near Jupiter’s size. It orbits around the sun in an almost perfect circle. This is because the center of gravity is placed so close in the middle of the larger object so it looks like the bigger object (sun) is rooted to its spot while the much-smaller object (Earth) moves in a circle around it.

This is true to most planets in the Solar System such as Mercury, Venus, and even Saturn, the second largest planet.

This phenomenon is not applicable to giant Jupiter. It’s so big that its barycenter, or center of mass with the sun, is located 1.07 solar radii from the middle of the sun. It’s actually 7% of a sun-radius above the sun’s surface.

Here’s a GIF from NASA illustrating the phenomenon:

So even though Jupiter is still a fraction of the sun’s size, the planet is huge enough to have movement different from how the smaller planets move around the sun. But yes, you can safely say to your friends on a dinner party that Jupiter doesn’t orbit around the sun.