If you’ve been a long-time internet user, you probably know by now that it’s always a bad idea to ask strangers to do some Photoshop favor for free.

We’ve all seen what happened with Reddit user Danny Nickerson when he posted a request on the said site, asking for someone with Photoshop know-how to edit his picture. He captioned his photo, “Can someone Photoshop the sun between my fingers?”

The result, needless to say, turned out to be extremely hilarious. Photoshoppers had a field day and had fun with his image without ever really delivering what he requested in. The photos later became a viral sensation.

Now we have James Fridman, a guy who voluntarily offers his photo-editing skills to strangers for free. The catch, of course, is that he’d also make fun of submitted photos. And man, his trolling level is that of a master! I cracked up really hard the first time I saw his stuff over at Twitter.

See for yourself by scrolling down: 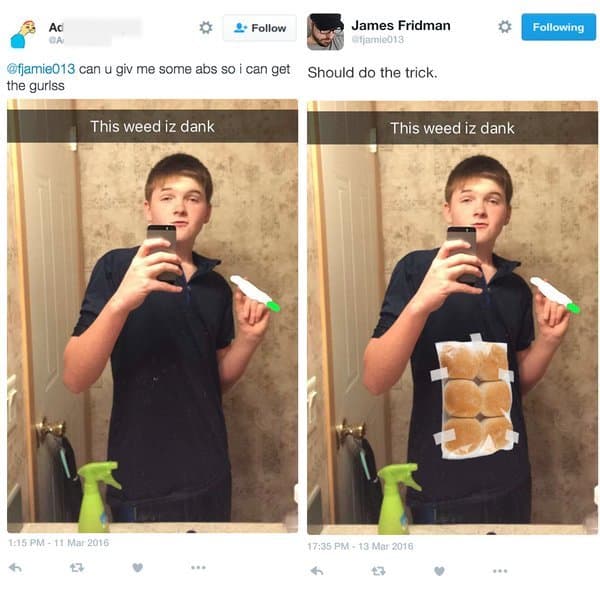 #2. This lady asked for longer legs. 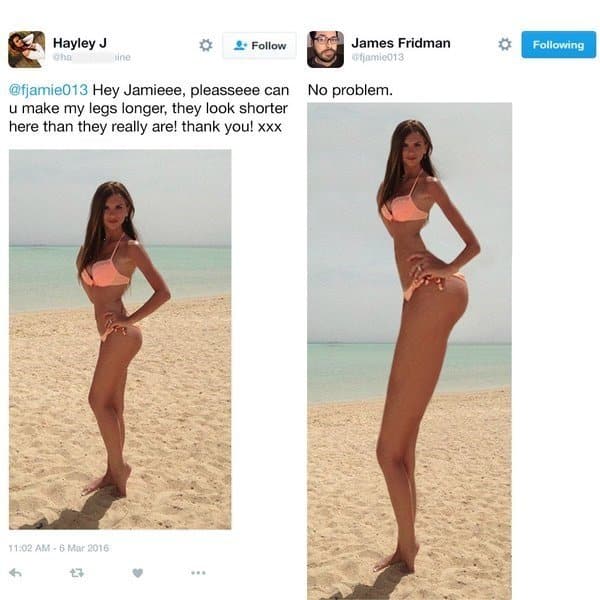 #3. This girl wanted her dad to look elsewhere. 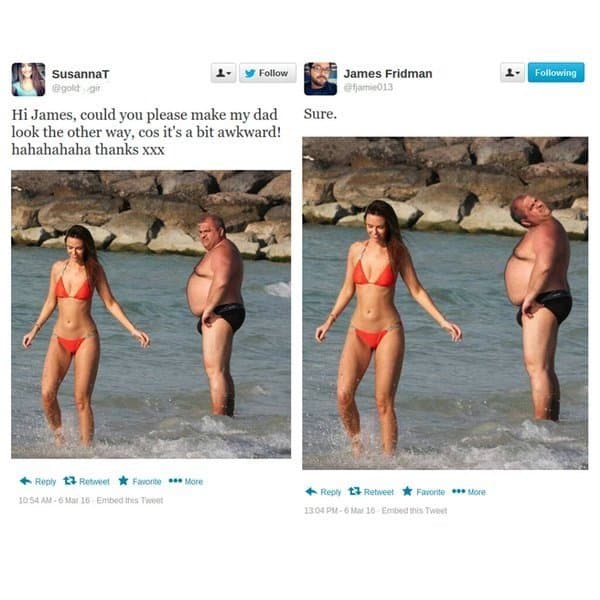 #4. This hottie got a well-deserved a lesson in spelling. 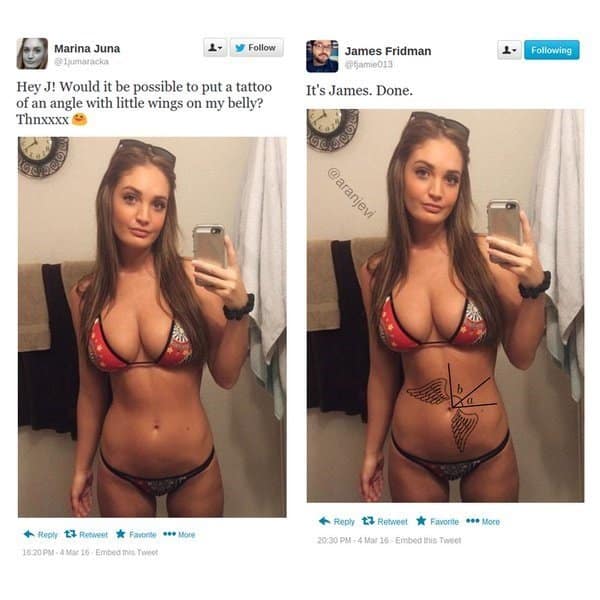 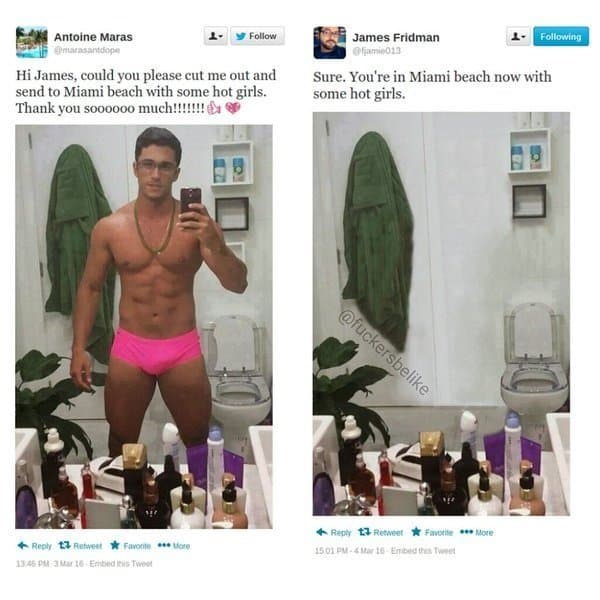 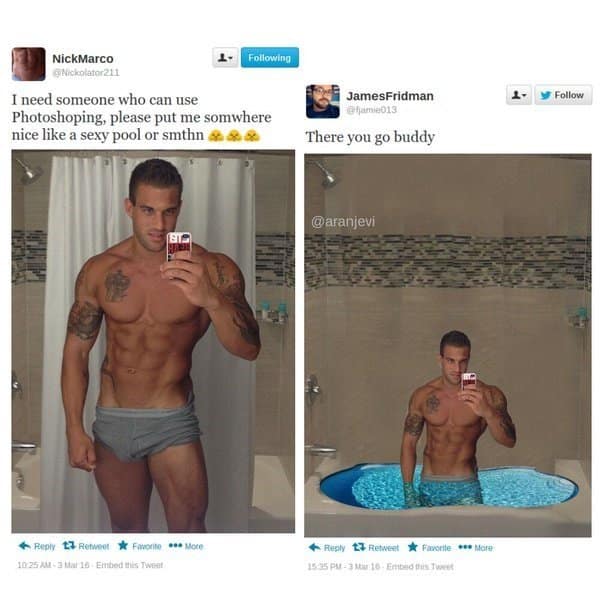 #7. These ladies wanted to get rid of the “embarrassment.” 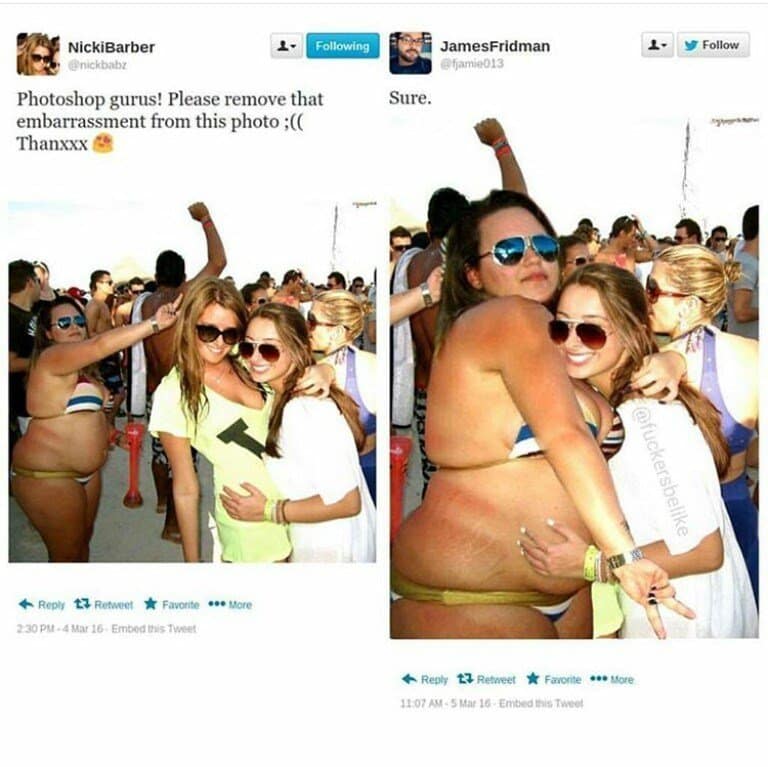 #8. This girl wanted to have Kardashian-level booties. 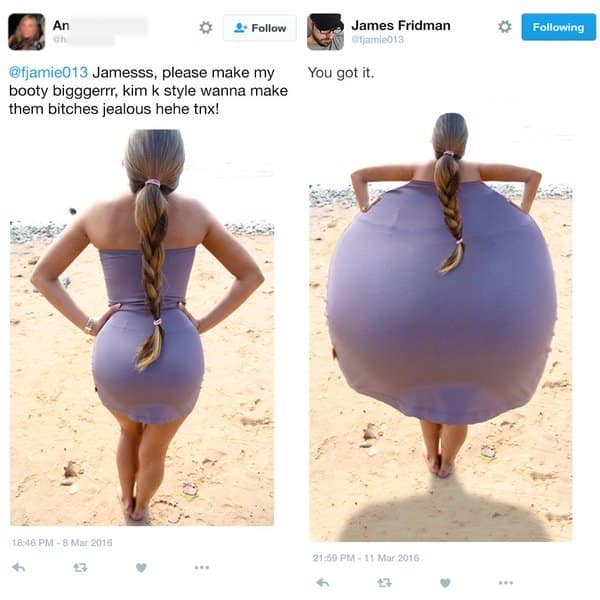 #9. This guy wanted to be in the United States. 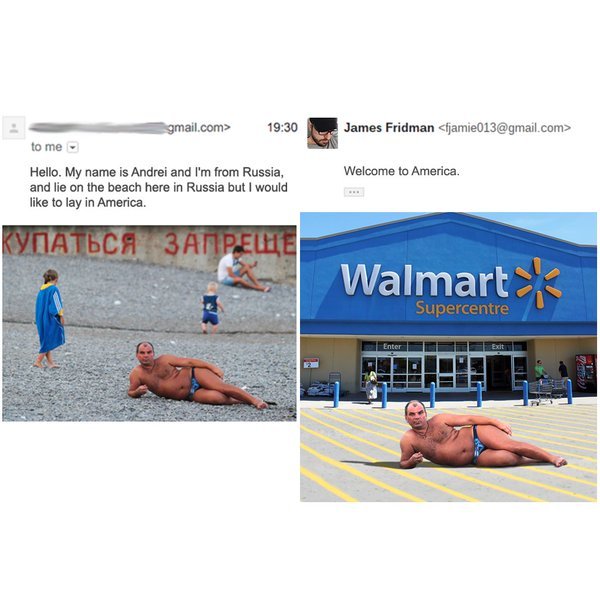 #10. This, however, undoubtedly wins the cake. 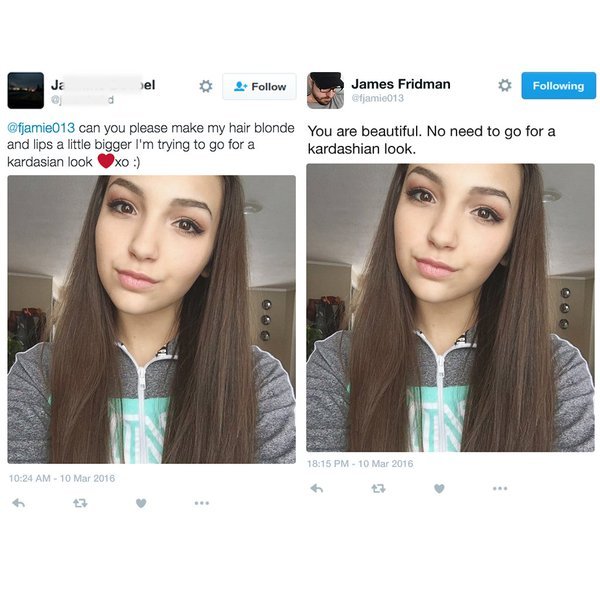