Ever experienced getting a splinter? Well yours is probably not as serious as this guy’s. Recently, paraglider Ivan Krasouski went flying near Loshany village in Belarus when, unfortunately, one of his straps snapped. He ended up losing control and had the bad luck of crashing into the forest.

The result? He suffered a ‘giant splinter’ – in the form of a massive tree branch – stuck into his shoulder.

Definitely not his lucky day! Ivan Krasouski crashed into the forest and has been impaled by a big tree branch. 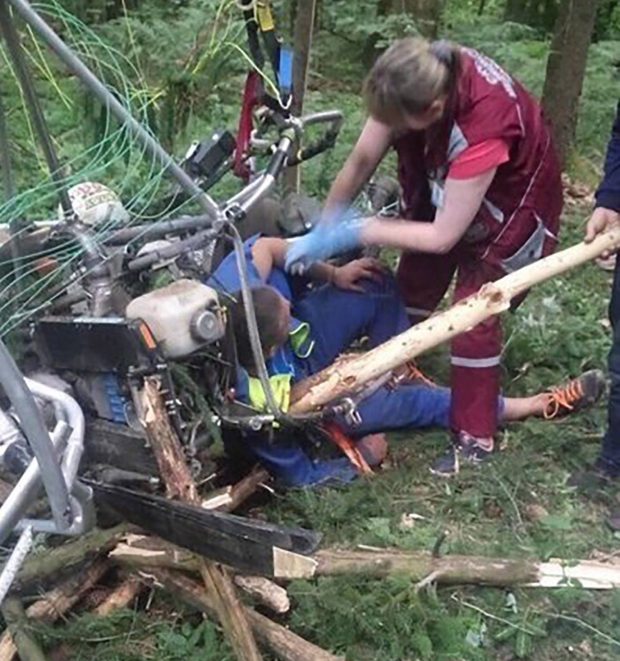 Fortunately, the rescuers came quickly and they were able to free him “from the wreckage of his machine,” reported Metro. They, however, had serious trouble freeing him from the massive splinter.

Paramedics rushed Ivan, still with the log embedded in his shoulder, to a nearby medical facility. 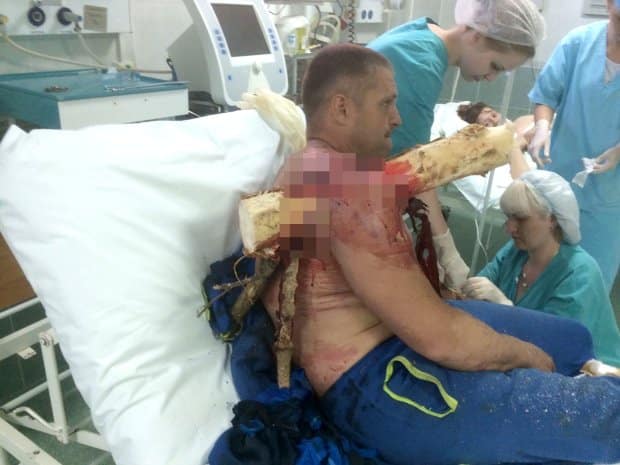 Ivan even gamely posed for photos as he waited for his turn at the emergency ward. 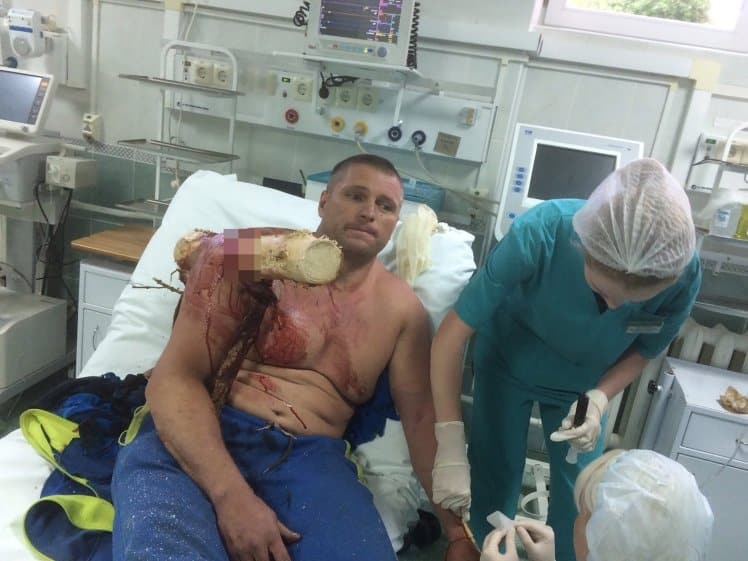 In an interview with local news stations, Ivan later shared his experience leading to the incident, saying:

“I was flying and crashed onto pine trees. I [remember] thinking: ‘I fell so softly, all is okay’. But as I went to stand up and go, something held me back.

“I looked and it was a giant log there. I tore my shirt and there was a branch in my arm, thick as a watermelon.”

Amazingly, Ivan didn’t lose his sense of humor despite the bad accident. 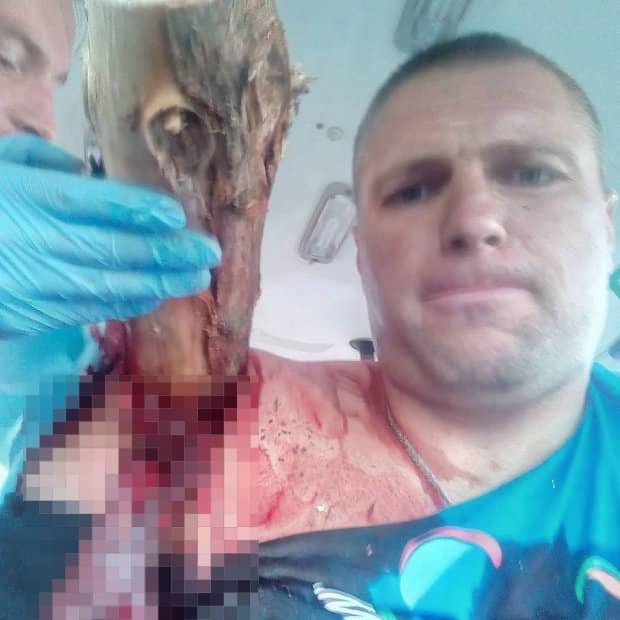 According to him he found the situation “funny” and even compared himself to Groot, a Marvel superhero. 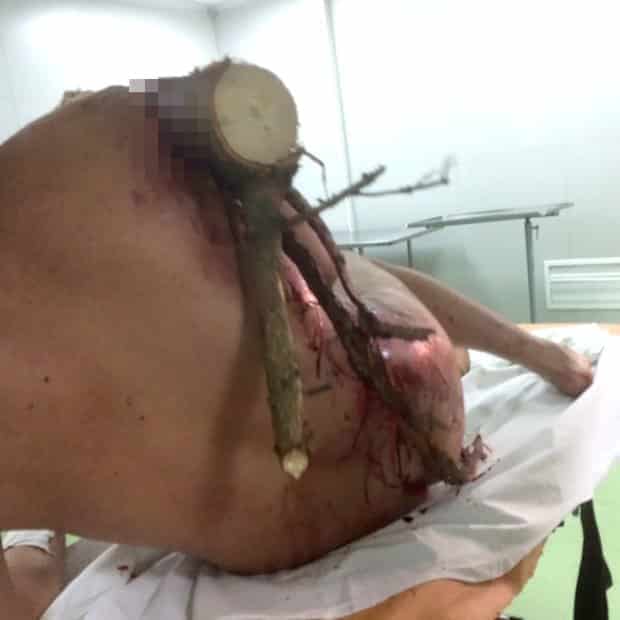 “My classmate arrived. He works as a rescuer.

“He sawed off the log from one side, then from the other. Many people came. I told them – ‘Take out this splinter’, and they would say ‘No, are you crazy? If we take it away, you’ll bleed to death’.

“I was like – ‘I am Groot!’ And I went to the ambulance with this log embedded in me.”

Thankfully, Ivan is now recovering after doctors were able to remove the log.