Everyone knows about the colorful chocolate candy simply known as M&M’s. After all, it has the catchy tagline, “Melts in your mouth, not in your hand” that people immediately recognize. However, there is still a lot that the public doesn’t know about M&M’s. Some facts are so surprising that it might even change the way you see your favorite Mars candy.

Although it is a popular candy, there are several misconceptions about M&M’s. For instance, rapper Eminem didn’t name himself after the chocolate. Although the name was initially stylized after the candy, it actually stands for his real name Marshall Mathers. Here are some interesting facts you probably didn’t know about M&M’s.

Those little “m’s” actually mean something. 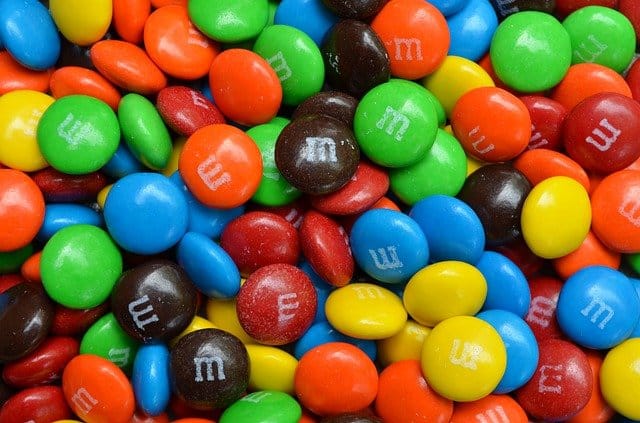 1. Who are the two M’s?
M&M’s are named after Forrest Mars Sr., son of Mars founder Frank C. Mars, and Bruce Murrie, son of Hershey executive William Murrie. However, it is Forrest who came up with the idea following his experiences during the Spanish Civil War.

2. Soldiers inspired the creation of M&M’s

Forrest Mars moved to England after a falling-out with his father. It was during this time that he observed soldiers favoring chocolate candies encased in a hard sugar shell that were included in their rations. Forrest liked the idea so much that he brought it back to the US and approached Murrie for a partnership. The rest, as they say, was history.

3. M&M’s were initially only available to the US military

Mars and Murrie immediately offered their new product to the US military. The partners believed that M&M’s would be an ideal snack for soldiers who needed chocolate that didn’t melt in high temperatures. Not surprisingly, soldiers loved the candy so much that they continued asking for it after the war. M&M’s were then distributed to the public and became even more popular.

The M&M’S Easter Milk Chocolate Candy are known for their pastel hues. 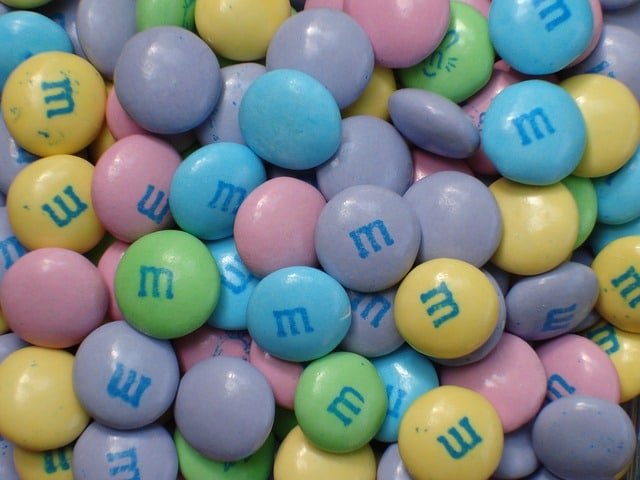 Remember when there were tan M&M’s? The odd color was officially discontinued in 1995. Mars then decided to replace the discontinued hue with a shade that the public voted for. The announcement was made through the Empire State Building which was lit up in blue.

5. The famous voices behind the Yellow M&M’s

People probably consider Yellow as the real goofball in those hilarious M&M’s commercials. However, Yellow is actually voiced by an Academy Award winner. J.K. Simmons has provided the voice of Yellow since 1996 and has even created a backstory for the goofy peanut candy. The Whiplash star is only the second actor to voice Yellow. John Goodman was the original voice of the candy.

J.K. Simmons talks about being the Yellow M&M with Stephen Colbert

6. Mars didn’t want M&M’s to be connected to an ‘ugly’ movie alien

Steven Spielberg originally reached out to Mars because he wanted M&M’s to be used as the candy that lures the alien out in E.T. However, the company refused and Spielberg ended up using Hershey’s Reese’s Pieces instead. Interestingly, this isn’t the only major product placement that Mars turned down.

7. M&M’s were almost used in a hilarious ‘Seinfeld’ episode

In the fourth season of Seinfeld, Jerry and Kramer observe a heart operation while Kramer is enjoying a pack of Junior Mints. One of the mints drops into the open chest cavity of the patient and is never noticed by the surgeon when they stitch the patient up. The episode was originally supposed to feature M&M’s instead of Junior Mints but once again, Mars declined.

The infamous scene featuring Junior Mints instead of M&M’s

Here’s one of the more unusual facts about the candy. M&M’s actually helped in bringing back the famous painting The Scream by Edvard Munch after it was stolen in 2004. Mars offered a reward of two million dark chocolate M&M’S to whoever returned the painting two years after it disappeared. However, they donated the amount of about $26,000 (equivalent to two million M&M’s) to the Munch Museum once the painting was recovered.

9. Ronald Reagan made M&M’s the official candy of the White House 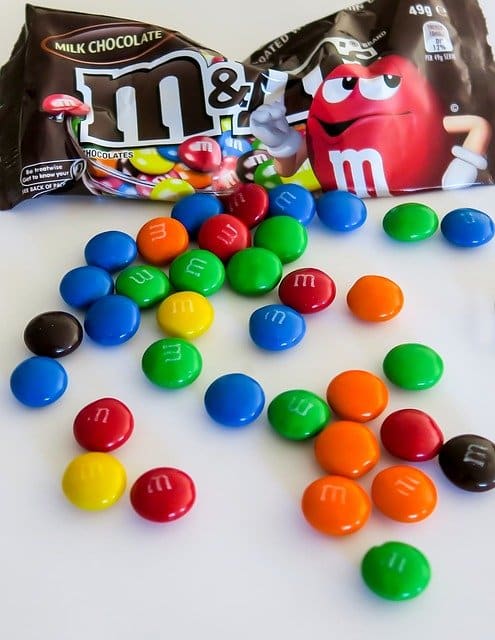 You’ve probably heard of this one as an urban legend. In 1982, Van Halen reportedly requested a bowl of M&M’s to be placed in their dressing room while they were on tour. The band allegedly specified that there should be no brown M&M’s in their presence. This was initially viewed as a diva move. However, lead singer David Lee Roth explained the unusual request. Roth stated that the band only added the requirement in their rider to make sure they could tell if their contracts were being read thoroughly.