In 1978, Libyan leader Muammar Mohammed Abu Minyar Gaddafi declared that his country needed socialism. It was the period of Cold War at the time and so the United States weren’t very pleased with his decision. Gaddafi didn’t give a damn.

Libyan leader Muammar declared his country needed socialism in 1978. This was despite the ongoing Cold War at the time. 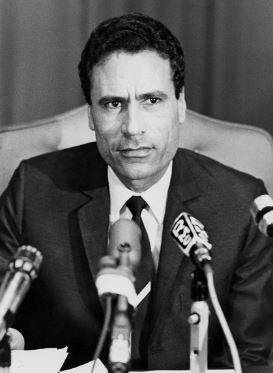 In fact, we went great lengths not only to eliminate dissenters within the country but to target those who left the land as well. He started funding various groups such as the Black Panthers (US), the Irish Republican Army, Palestinian guerillas, and Muslim rebel groups based in the Philippines, among others.

Moreover, he increased the country’s involvements in Chad, an African country, and wanted its northern strip to be part of Libya’s territory.

Gaddafi also wanted to claim the northern strip of Chad as Libya’s territory. 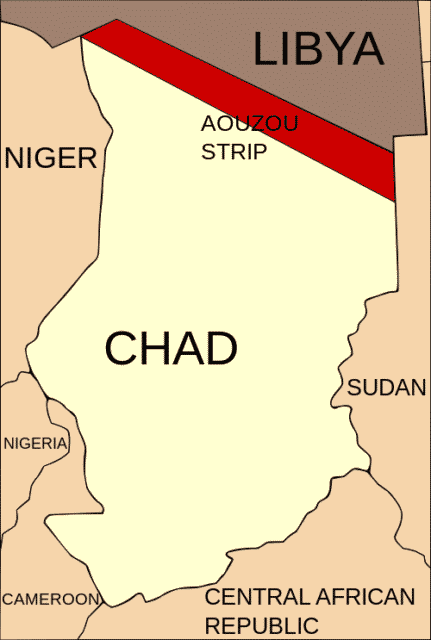 As if that wasn’t enough, Gaddafi also wanted Libya to be the first Arab nuclear power in the region. He aimed to create a federation of Arab and Muslim states headed by his country. He eventually started forging an alliance with the Soviet Union.

By 1979, America already included Libya on their list of “State Sponsors of Terrorism.”

Come December 27, 1985, four Arabs in the Leonardo da Vinci-Fiumicino Airport outside Rome, Italy stared throwing hand grenades and shooting random people. The attack resulted to the death of 16 people (5 of whom were Americans) and 99 injured individuals (including a US diplomat).

The Abu Nidal Organization (ANO) stood up and claimed responsibility for the attacks. According to them, this was in revenge for the bombing of the Palestinian Liberation Organization (PLO) offices in Tunis that happened in October 1, 1985, just a few months earlier.

Although Libya denied any involvement with the terrorist group, the foreign minister praised them for their “heroic acts.”

When the US Navy crossed Libya’s ‘Line of Death,’ they fired at the vessels. The Americans fired back which resulted to 35 Libyan deaths. 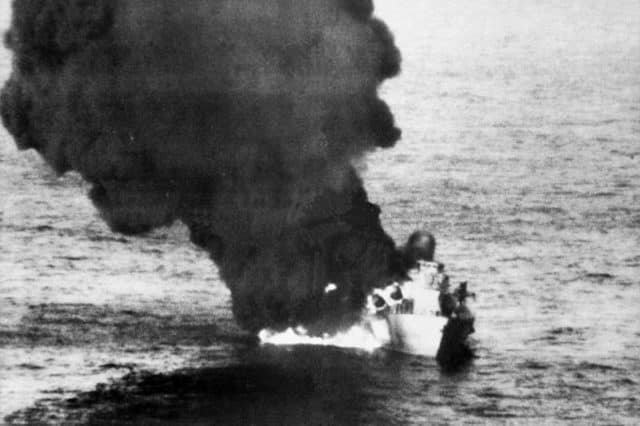 Around 1973, Gaddafi implemented a 62 nautical mile zone over the Gulf of Sidra located at Libya’s northern coast. He called the borders “The Line of Death” and placed Soviet SA-5 surface-to-air missile batteries and radars along the coast.

The US countered by saying Libya’s claims were a violation of international maritime waters and started sending Navy ships to the area by January 1986. They made sure that the vessels crossed The Line of Death.

March 24, Libya shot at the USS Ticonderoga and its two escort destroyers – but they missed. The US Navy fired back which resulted to the death of 35 Libyan people and the lost of two ships, missile batteries, and radars. The Americans lost nothing. This incident would later be known as the Action in the Gulf of Sidra.

April 5 of the same year, a disco in West Berlin, Germany was bombed. Since the spot was a favorite hangout for American soldiers, the attack killed 2 US Army sergeants and a civilian woman. 229 individuals – 50 of whom were American military personnel – were also injured. 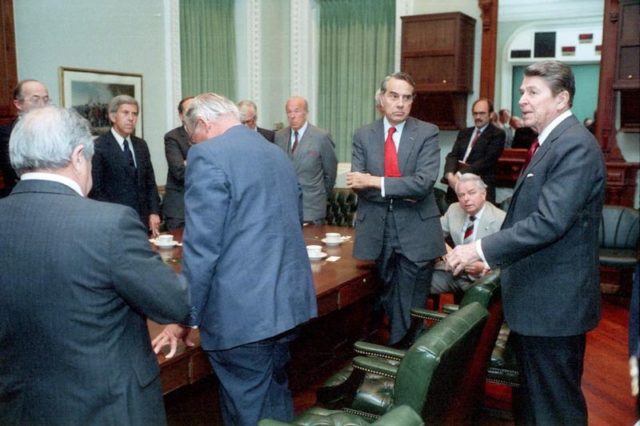 Later on, intercepted messages to the Libyan embassy in East Germany indicated that they were congratulating those involved in the attack. This angered US President Ronald Reagan and he eventually declared retaliatory strikes on Libya.

The problem, however, was not all Europeans agreed to it. France, Italy, and Spain all refused to allow US warplanes fly over their skies. US turned to its Britain bases instead.

The warplanes had to take a detour of about 1,300 miles to reach Libya without flying over French, Italian, and Spanish airspace.

Warplanes were sent to bomb Tripoli, Libya’s capital, along with the Libyan ‘submarines’ spotted over the Mediterranean. 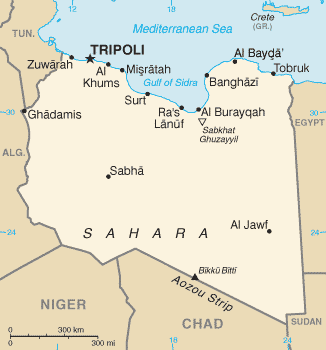 While they were over the Mediterranean between Sicily and northern Africa, they spotted a huge dark shape beneath the water. Believing they were Libyan submarines, besides Gaddafi was close with the Soviets, they dropped some bombs and continued heading to Tripoli.

60 tons of ammunition were dropped at Tripoli, leaving 40 deaths in 12 minutes. 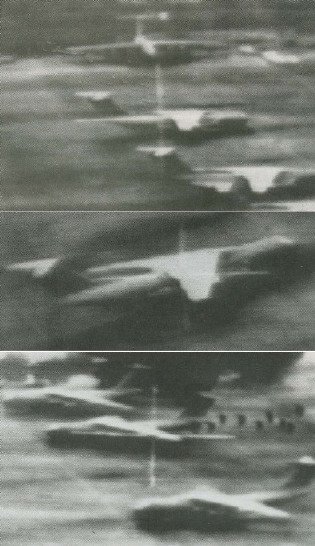 Gaddafi’s home was targeted and even the French embassy was hit during the attack, although the primary targets were the Tripoli and Benina airfields, the Bab al-Azizia and Jamahiriyah barracks, the Murat Sidi Bilal Camp, and air defense networks. 60 tons of ammunition were dropped and 40 Libyans lost their lives in 12 minutes.

Gaddafi remained unharmed although his two sons were injured and his 15-month-old adopted daughter died. He, however, remained undaunted and said he was victorious over the Americans. He renamed the country the “Great Socialist People’s Libyan Arab Jamahiriyah.”

Strangely, it was discovered later that the ‘submarine’ was the submerged Italian island of Ferdinandea (or Graham Island). 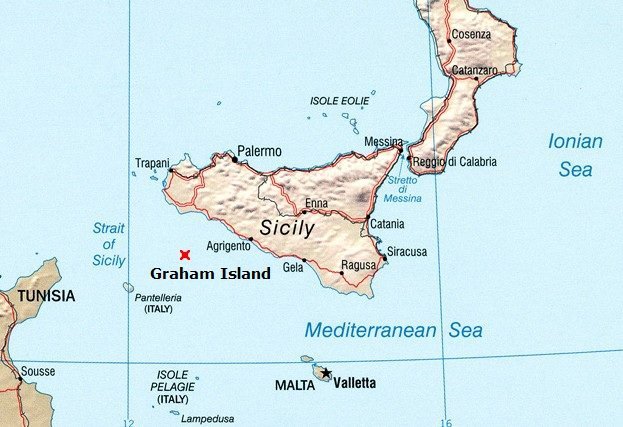 As for the submarines, however, they actually weren’t. In fact, it was the submerged Italian island of Ferdinandea (or Graham Island) which only rises above sea level and then disappears again every other century.

Although the international community strongly condemned the Tripoli attacks, there was, strangely, zero outcries about the bombing of that little Italian island.