A category 5 hurricane is approaching the Caribbean and it’s heading to Florida. This is the most powerful hurricane ever recorded in the Atlantic.

The hurricane named Irma is expected to head towards Puerto Rico, Cuba, Haiti, and the Dominican Republic. This comes a week after the devastating floods brought by Hurricane Harvey in Texas.

The potentially-catastrophic weather system increased its strength to 185 mph (miles per hour) and is predicted to hit the northern Leeward Islands, which include Antigua and Barbuda, Nevis, St. Kitts and Anguilla, Reuters reports.

Florida residents are urged to be prepared for the potential strength of the storm, which could batter the state with its strong winds and heavy rains. 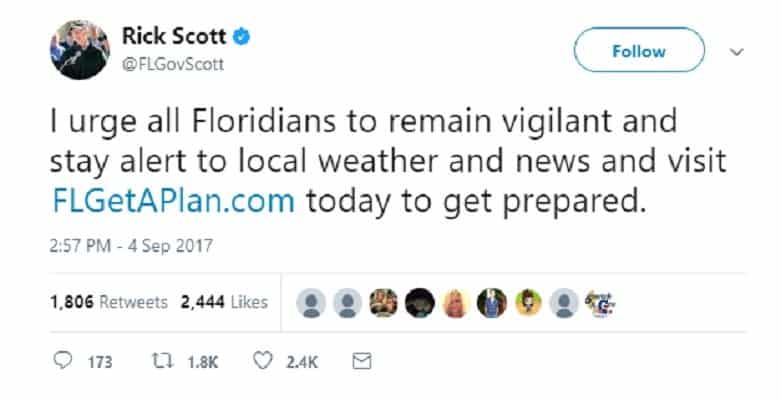 According to the U.S. National Hurricane Center (NHC) in Miami, the hurricane would land in Florida on Saturday, but the exact path of the storm is still unclear.

Florida officials urged everyone to be prepared because the devastating floods in Texas brought about by Hurricane Harvey, opened their eyes.

Meanwhile, Puerto Rico Governor Ricardo Rosselló declared a state of emergency and activated the National Guard because of the massive hurricane heading towards the Caribbean island.

The potentially-catastrophic category 5 hurricane is the strongest one that formed in the Atlantic basin.

The New York Times reports that residents throughout the Caribbean rushed out to clear stores of essentials like food, water, and gas. People residing in flood zones were evacuated to safer grounds, and are reminded to be vigilant of the coming hurricane.

Messages of prayers have flooded social media networks as the hurricane is approaching the islands and residents brace themselves, praying for their safety amid the impending calamity.

The residents need everyone's prayers for them to be kept safe.

Some netizens are sharing their thoughts and experiences as the strong hurricane approaches their locations.

Let's all pray for their safety in those islands. 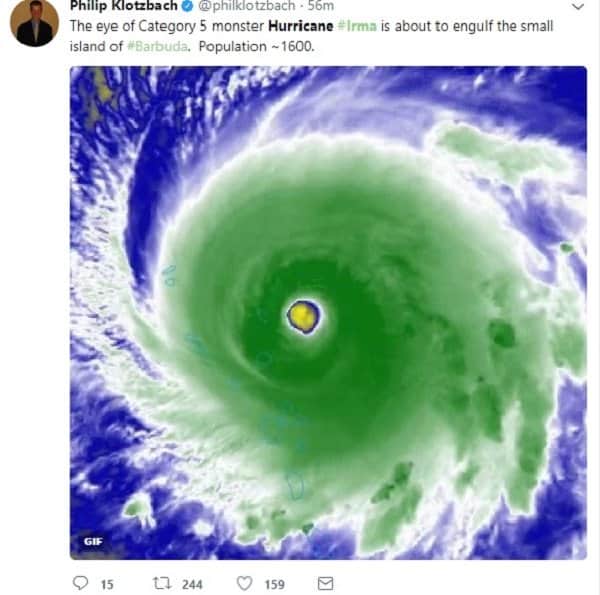