Many people look at the homeless as if they cannot do anything good in their lives. They are often regarded as useless, disgusting and generally, a liability to the society. However, one homeless person in Fresno, California may be the most important stranger for one teen woman.

Last week, a 53-year-old homeless man saw that a 19-year-old woman was being beaten by his ex-boyfriend in front of a liquor store. The “Good Samaritan” named Paul DeLeon was then at the parking lot. He saw that the girl was punched several times by a man who pulled up in a white Lexus, leaving the girl unconscious. DeLeon knew he had to do something so he stepped in without hesitation. He approached the maniac, pepper-sprayed him and drove him away in his white Lexus, the Fresno Country Sheriff’s Office (FCSO) said.

“I mean he was kicking her hard too, right in the head, and I couldn’t just stand there and do nothing,” DeLeon said. “I grabbed my mace, and I maced him.”

The man, whose ego was gravely dashed, came back for DeLeon and fired several bullets at him. DeLeon, on the other hand, answered back with multiple rounds using his registered handgun. DeLeon sustained a wound in his arm, for which he already received medical treatment. According to him, it was nothing major. Meanwhile, the suspect was able to drive away and the police is yet to confirm if he was hit. The police later found the vehicle abandoned with bullet holes on the door.

The woman also received treatment and the authorities are currently looking for the suspect still.

According to the FCSO, the suspect will be facing charges for spousal abuse and assault with a firearm. They have an idea of the suspect’s identity but they would rather not disclose it to the public.

As for DeLeon, well, he was not arrested nor charged with the FCSO even dubbing him a “Good Samaritan.”

People Ignored This Blind Homeless Man – Until a Woman Changed His Sign! 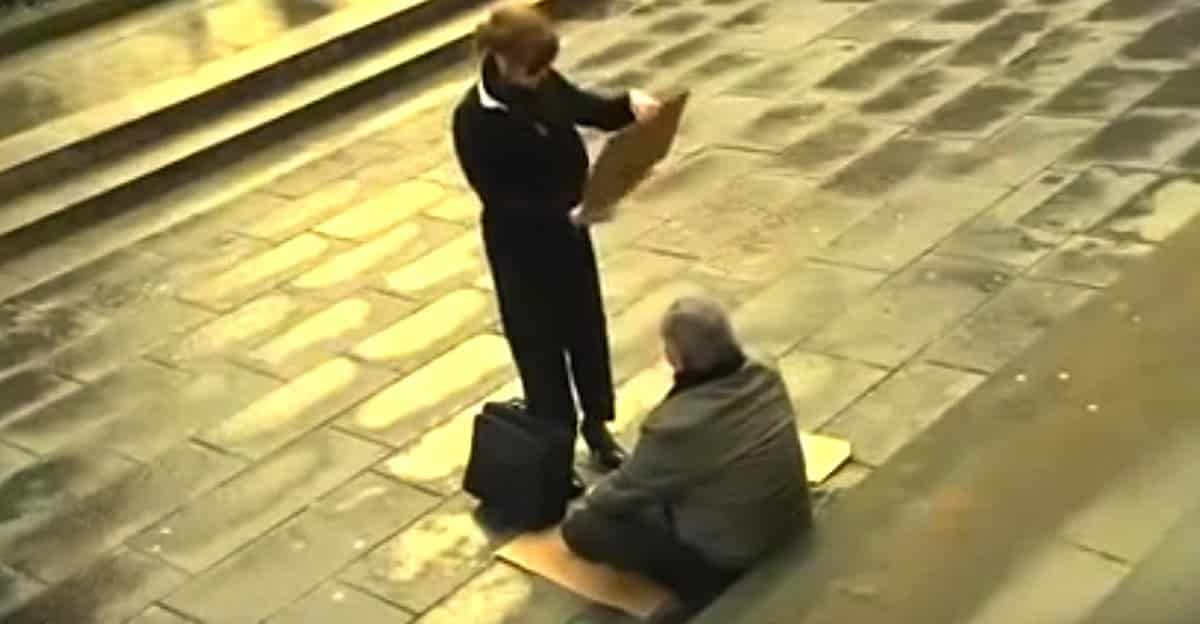