Any dog can easily learn tricks like “sit”, “fetch”, or “stay”. However, one very special pup went through a truly unique training. The pooch only responds to Harry Potter spells like “Wingardium Leviosa” or “Alohamora”. Needless to say, this awesome puppy has already aced his O.W.L.s!

Remus is a long-haired dachshund who belongs to YouTuber Anna Brisbin. Anna adopted the pup after losing her beloved Lexie, who was also a dachshund. When Remus was two months old, Anna began training the pooch using spells from Harry Potter. For instance, when she wants him to fetch his toy, she taught him to respond to “Accio ball.”

Meet Remus, the adorable pooch who only responds to Harry Potter spells. 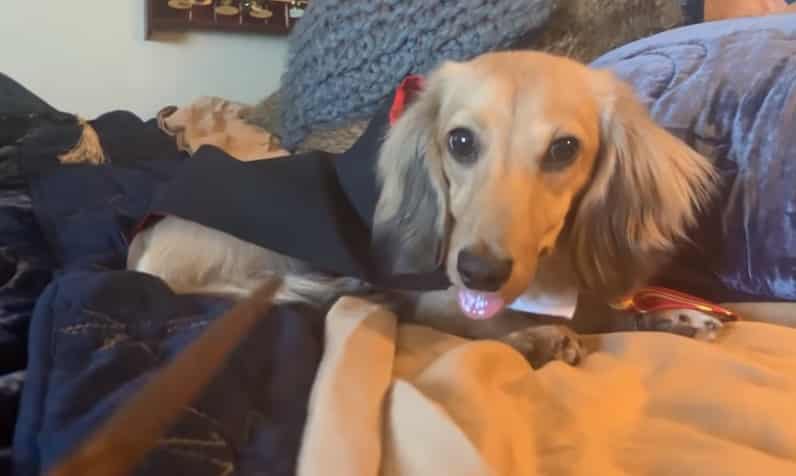 It’s no surprise that Anna trained the aptly-named Remus (after Remus Lupin in the J.K. Rowling books) using spells. After all, she is a huge fan of the fantasy novels.

“Harry Potter is my EVERYTHING. It’s what inspired me to become an actor, made me a nerd, gave me my creativity and kindness, my friends, everything. I have a tattoo that says ‘Lumos’ in JK Rowling’s handwriting on my arm that I got the day I met her. And of course, my puppy’s name is Remus. So training in Harry Potter spells was really just the obvious choice,” Anna admitted.

Remus is now 10 months old and knows up to nine spells. However, Anna might continue teaching the adorable pooch new tricks in the future. 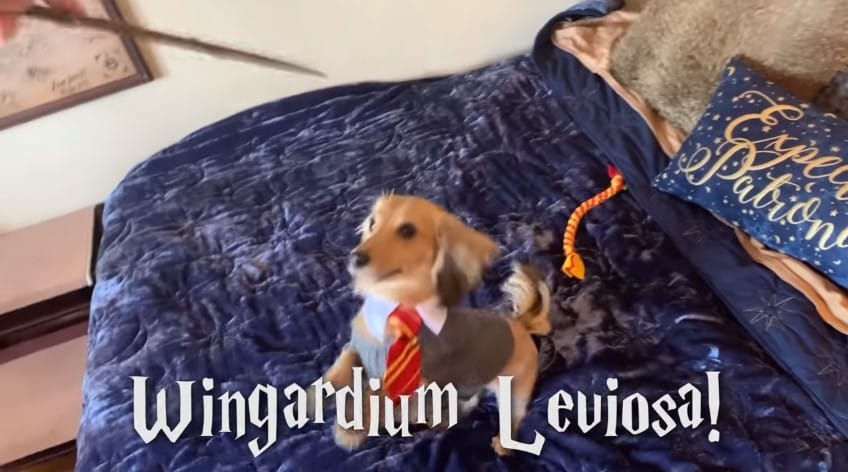 Anna also had a piece of awesome advice for people who want to train their dogs using Harry Potter spells.

“Positive reinforcement. Always. Make it fun for the dog, obviously. When Remus seems to be struggling, we try to back up and make it easier by going back to the basics like ‘Stupefy’ which he is really confident with,” Anna said.

Watch the adorable Remus work his magic below: