A shocking footage made rounds on the internet recently, showing a group of construction workers in Brazil finding a gigantic anaconda in a cave.

The men were terrified with their unexpected discovery. Reports tell us that the massive serpent measured 33 feet in length and around 400 kilograms in weight. They say the monstrous creature was found after they did a controlled explosion in the Cave of Altamira in the northern state of Para, Brazil. 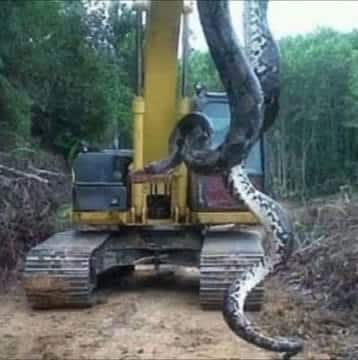 The video embedded below gives us an idea how huge the snake actually is. Many of those who watched the footage felt prompted to comment that the snake is quite possibly the “largest of its kind on earth.”

The construction workers eventually tied the monster to a crane.

Unfortunately, that move later sparked some negative reaction among animal rights advocates. Some pointed out that putting the snake in chains was purely unnecessary.

Others also believe that the snake was killed either during or after the explosion. They came up with the theory as they noticed that the snake’s head appeared flat in the clip.

The video sparked mixed reactions on the web, with some saying that putting the snake in chains was unnecessary. 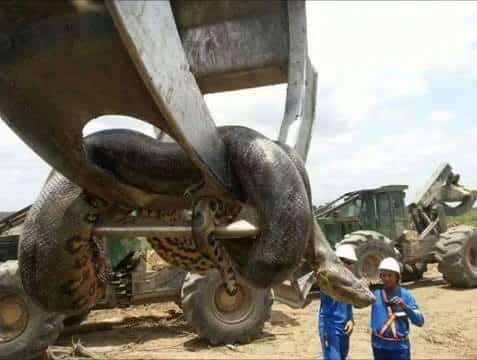 However, there are also those who were quick to comment that the lives of the construction workers were also at risk.

As someone summed up, “it was either they killed the snake or they get killed by it.”

Well what do you think about this, folks? Were the guys right or wrong with what they did? Share your thoughts in the comment section below.