It wasn’t the first time for photographer Joshua Nowicki to see unusual sand formations on the shoreline of Lake Michigan near the city of St. Joseph during winter season. Last week, while exploring its shore on Valentine’s day, Nowicki saw something he had never seen before.

Dozens of strange alien towers, some over a foot tall, appeared on the shoreline. Delighted by what he saw, Nowicki captured the amazing creation of nature. It resembles the unique sandstone formation in Utah known as hoodoos.

In an interview with Detroit Free Press, Nowicki said:

“I couldn’t believe how many there were. I was just delighted. The tallest ones were over a foot tall.”

You might be wondering how these strange sand shapes were formed. 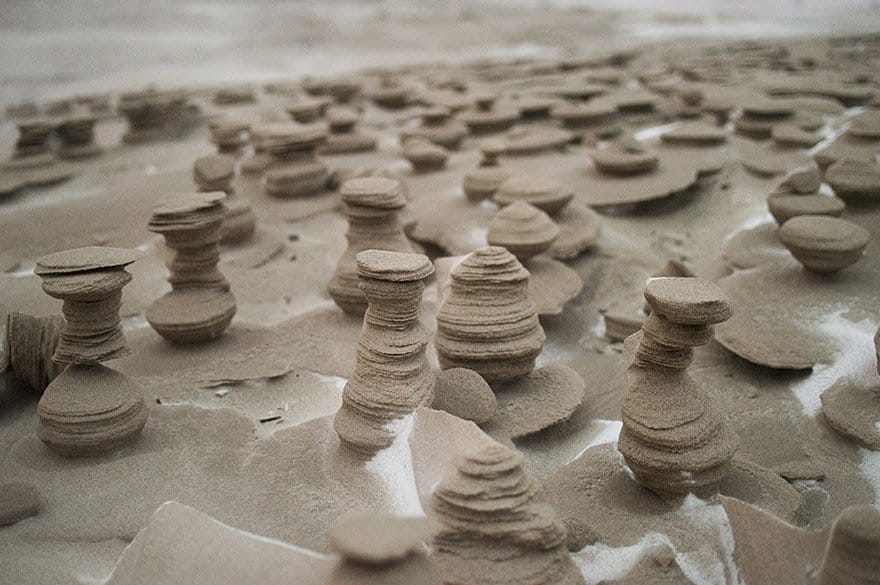 The frozen sand was actually eroded by the wind blowing off the lake. 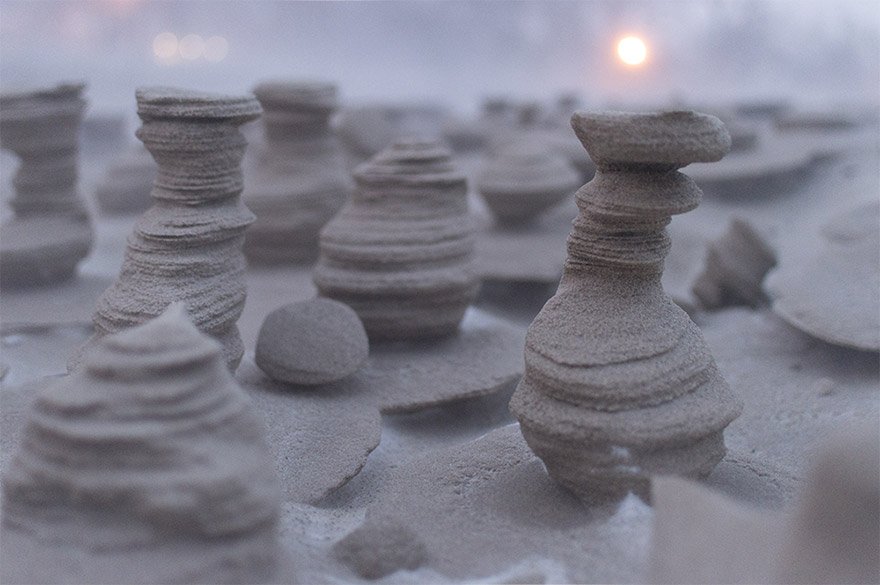 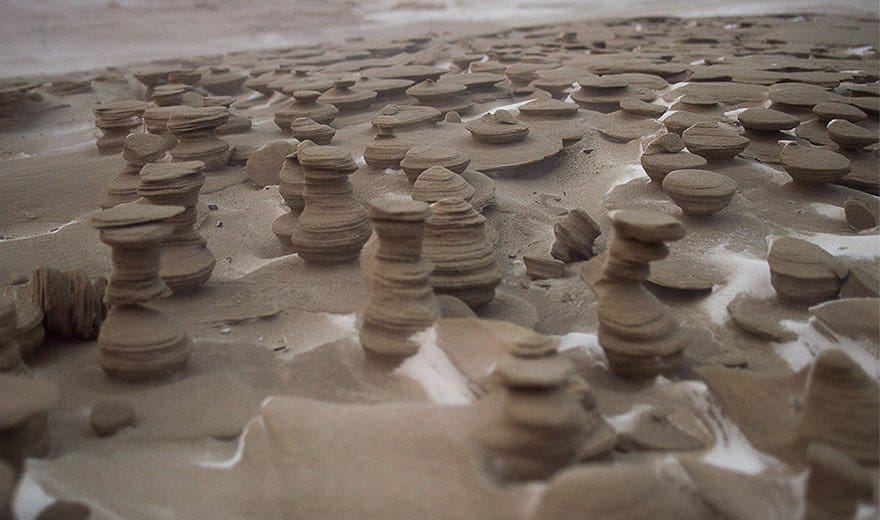 Sadly, the bizaare but beautiful phenomenon didn’t last for long. 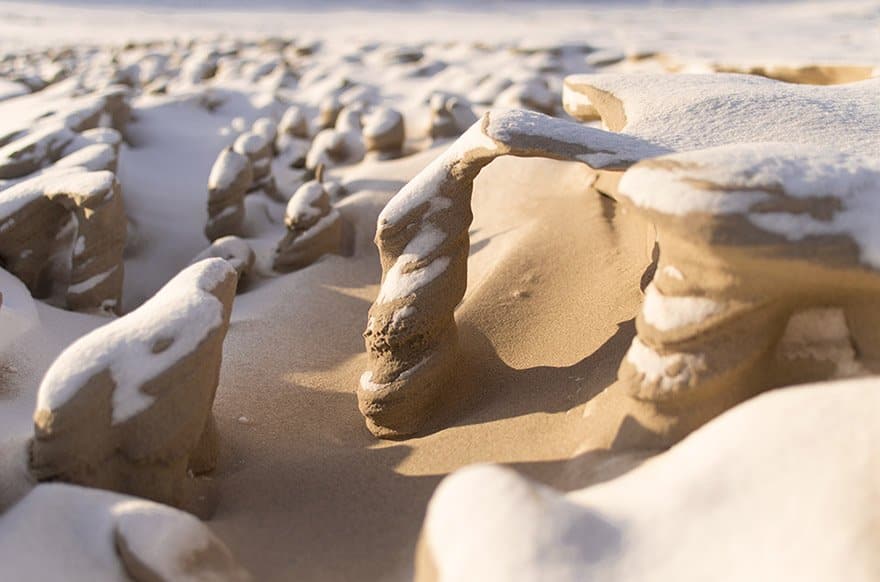 When Nowicki returned to take some more shots of the mini towers,the snow already melted. 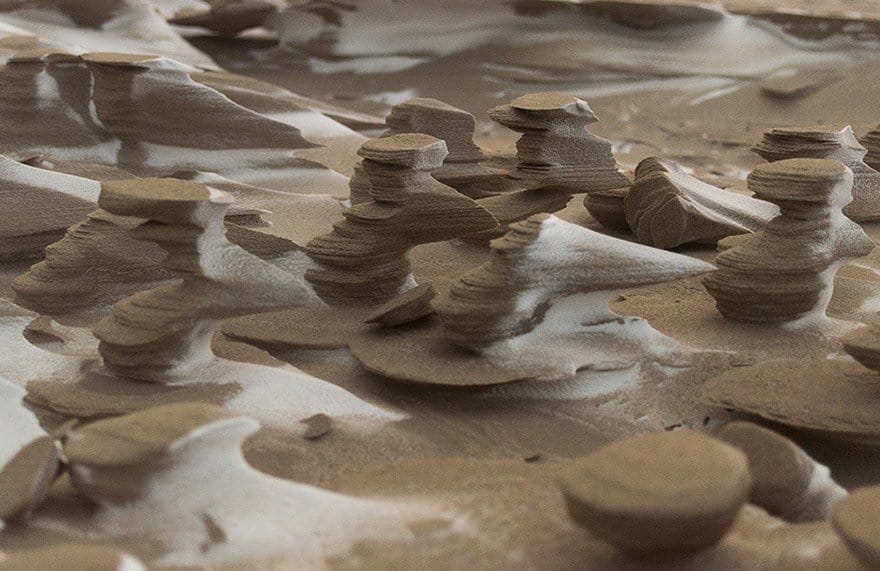 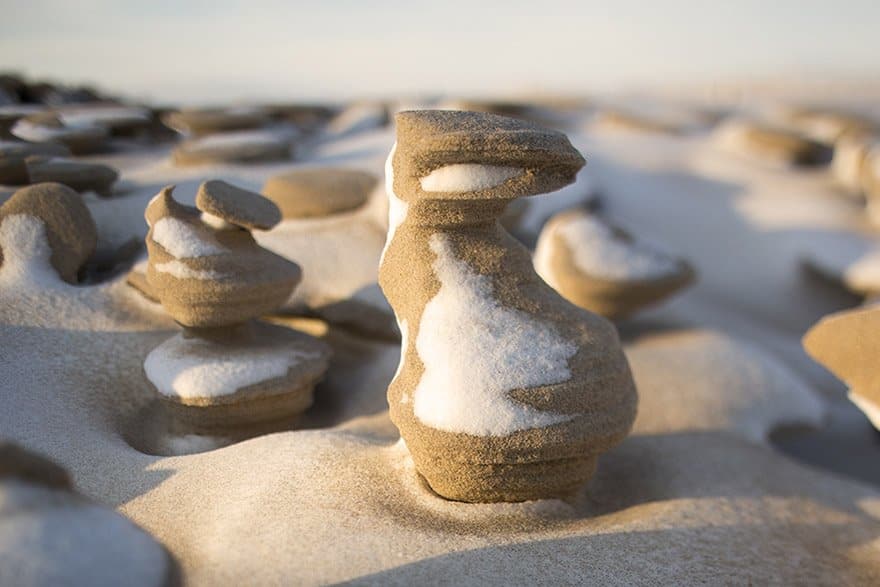