Sam Huang is a travel blogger who just loves luxurious flights. And of course, he couldn’t pass up the chance to try out one of the world’s most luxurious commercial experiences: a ride in The Etihad Residence.

Huang was able to try out The Residence on a flight from Sydney to Dubai, which costs an astounding $23,000 for a one-way flight!

The trip starts off with the new Etihad lounge, which is divided into the dining section… 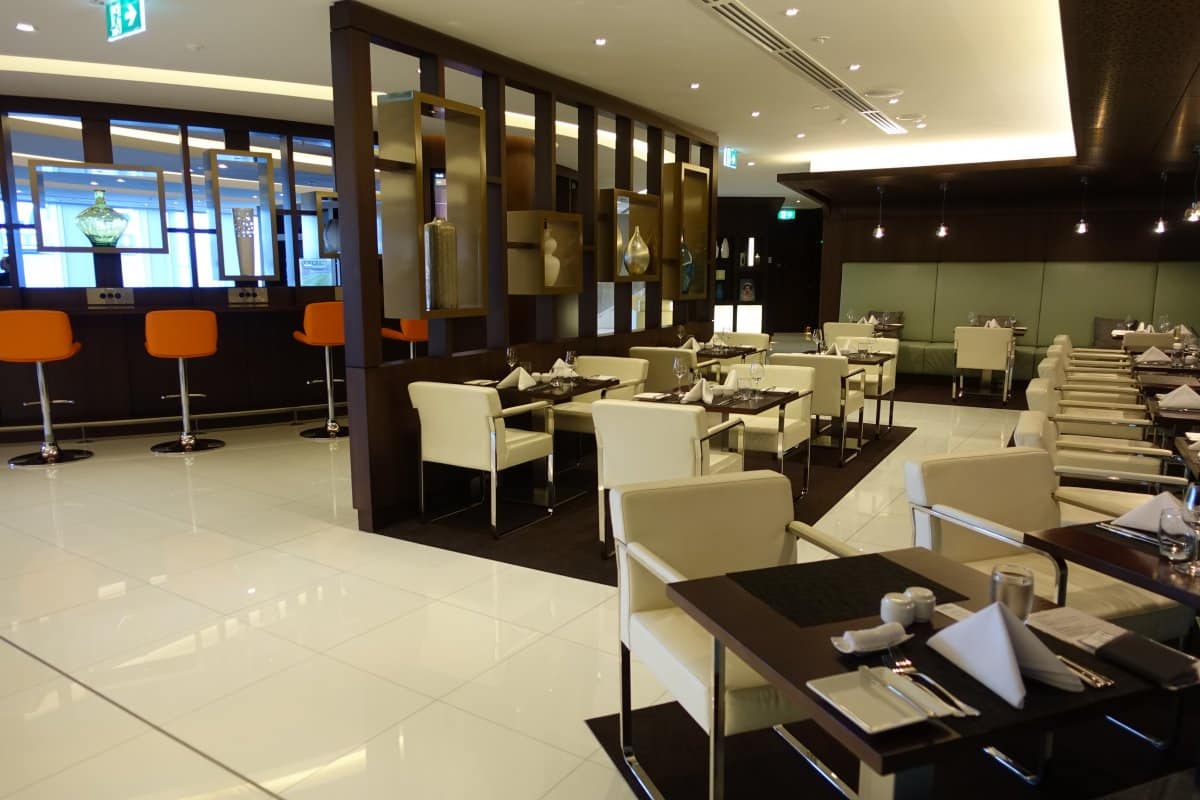 and the lounging section. 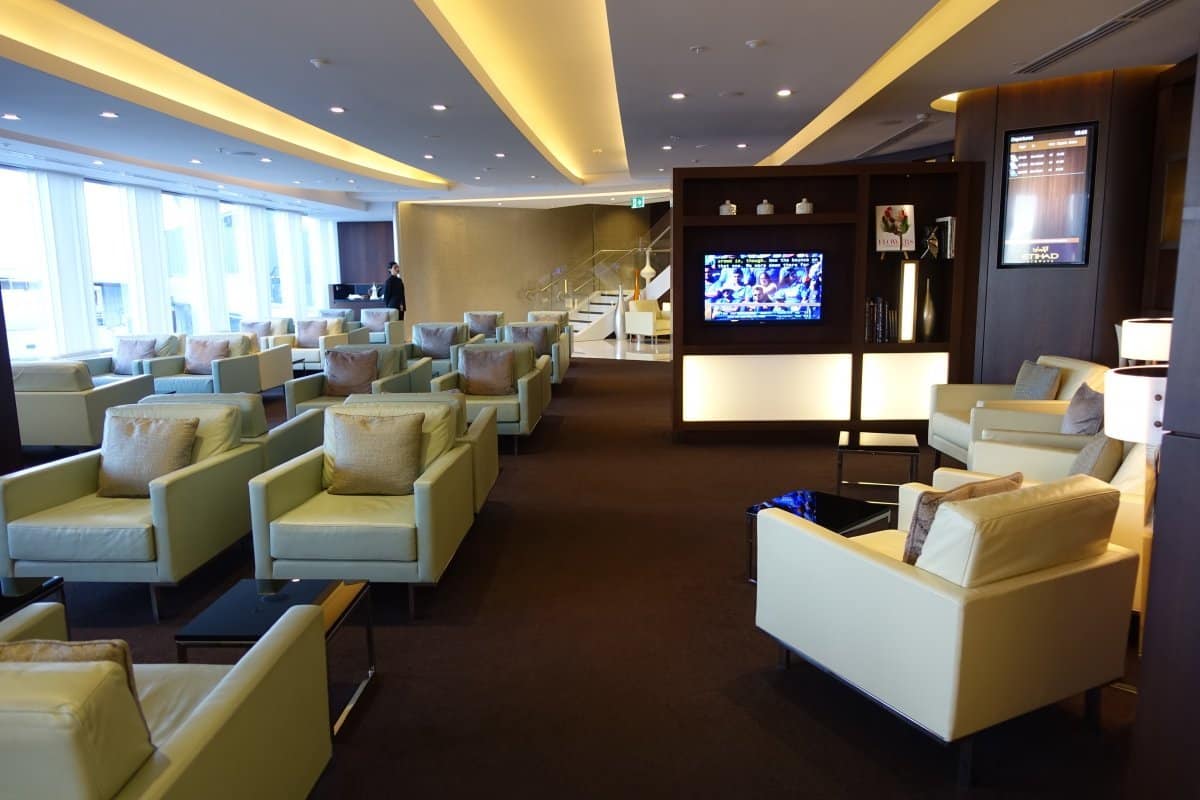 There’s also a self-serve buffet and an a la carte menu for those who want to eat before the flight. 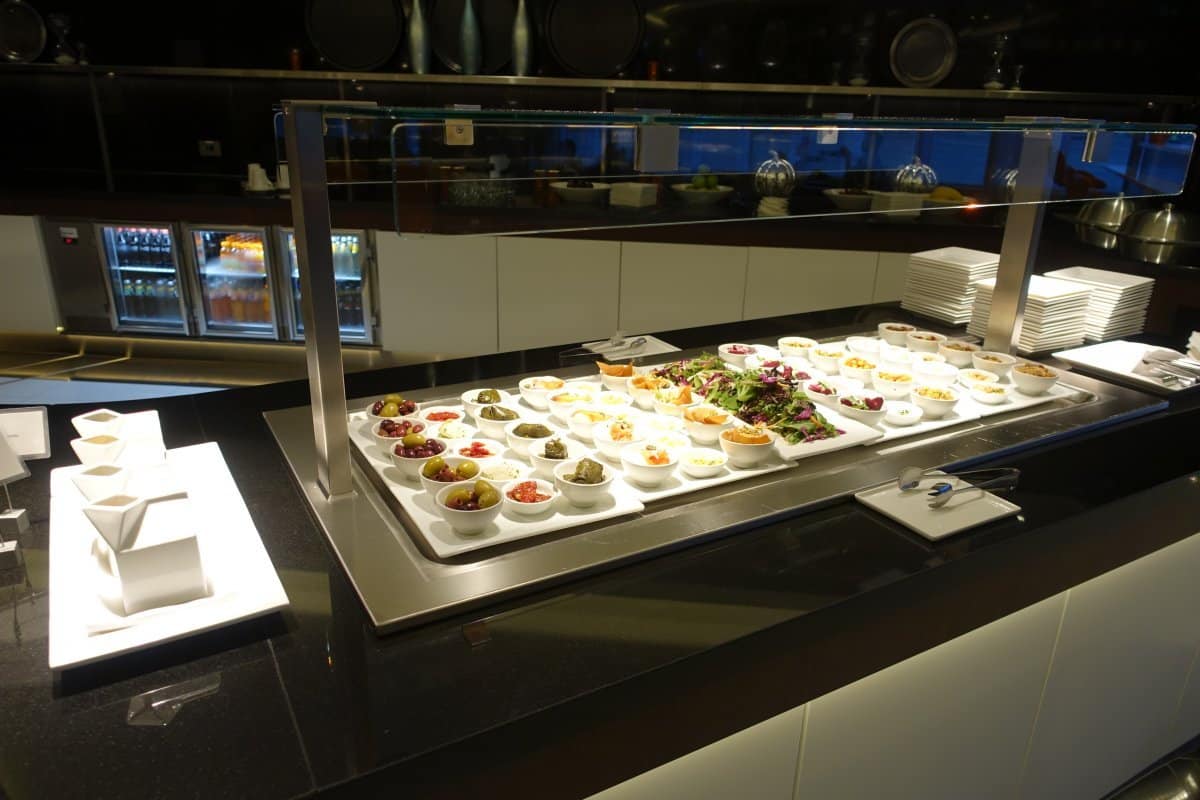 Of course, there’s also a bar! 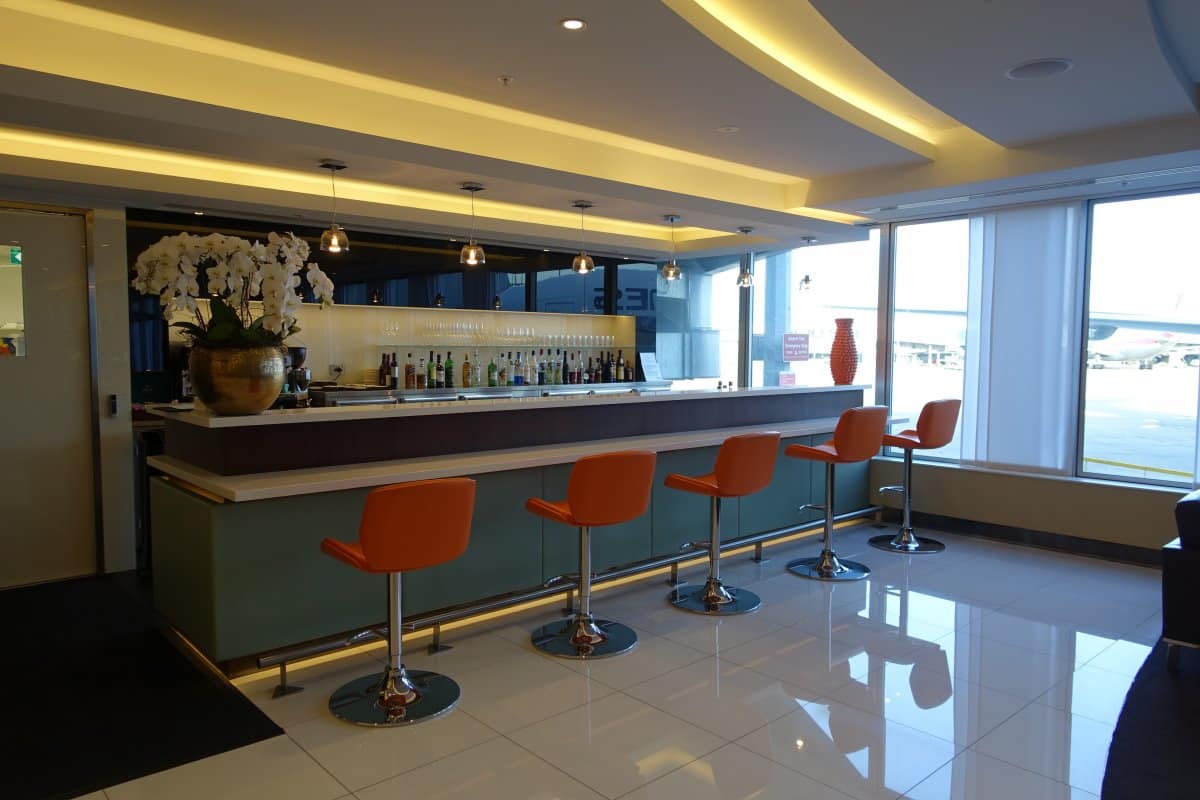 Now on to the flight. Here’s the hallway leading up to Sam’s apartment. 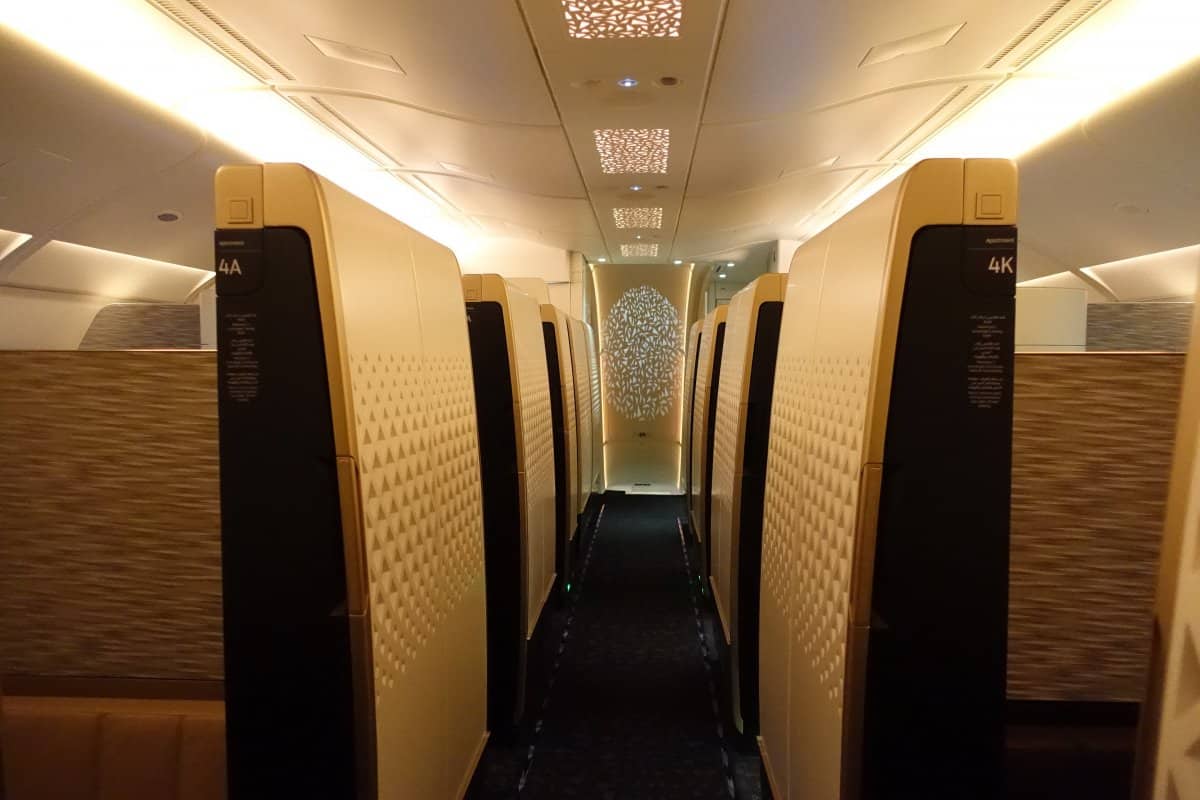 And this is Sam’s apartment. It’s a lounging area with a convertible sofa, a separate reclining chair. The apartment seats are about the length of four economy seats side by side. 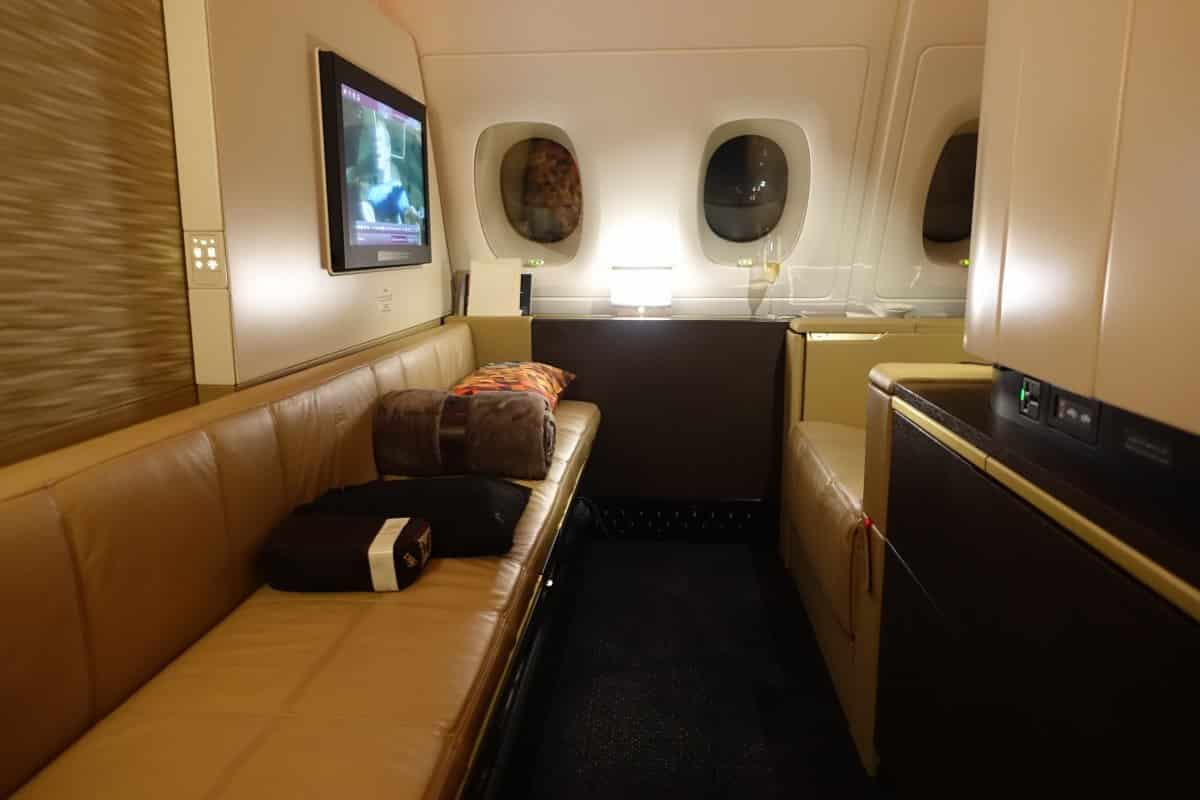 Inside the apartment is also a vanity mirror with the amenity kit and various toiletries. Beneath the vanity is a minibar and a small closet, with extra storage under the bench. 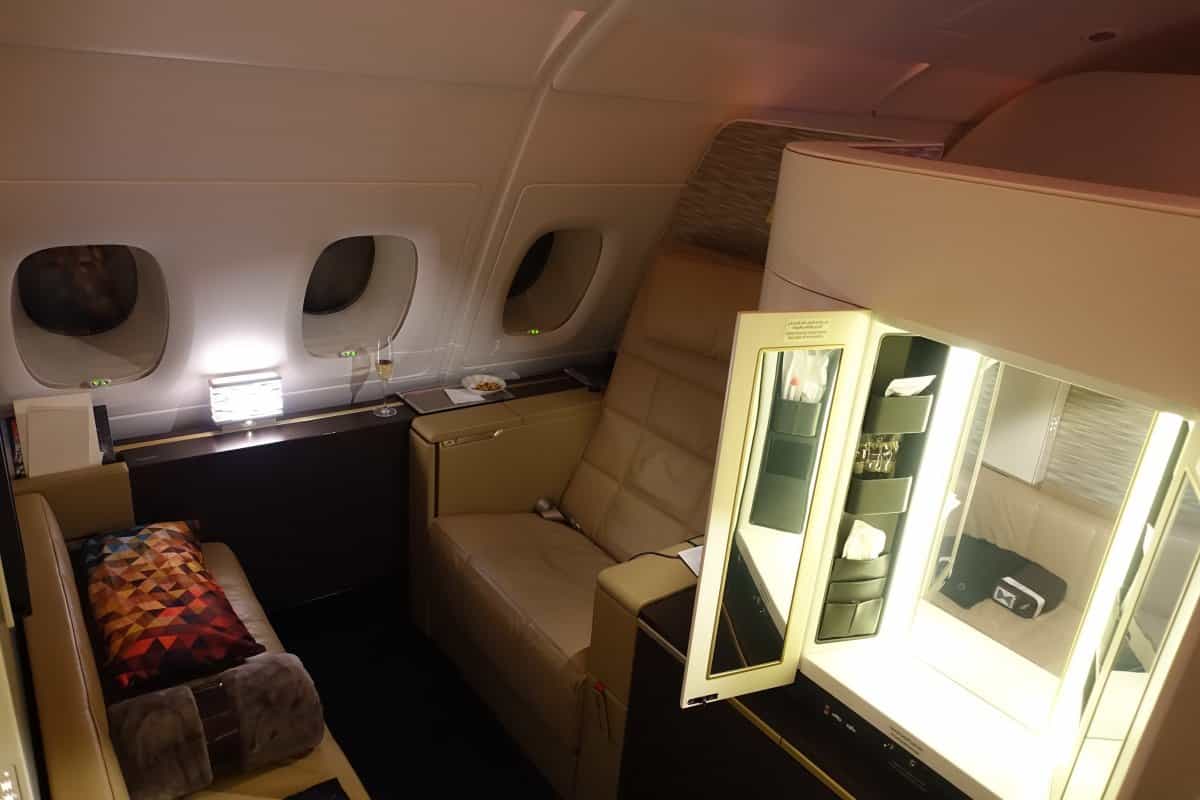 Even though Sam’s flight was nearly full, the service was still excellent! A butler would arrive to cater to his needs. Here the butler is pictured holding a bottle of champagne, which Sam ordered. 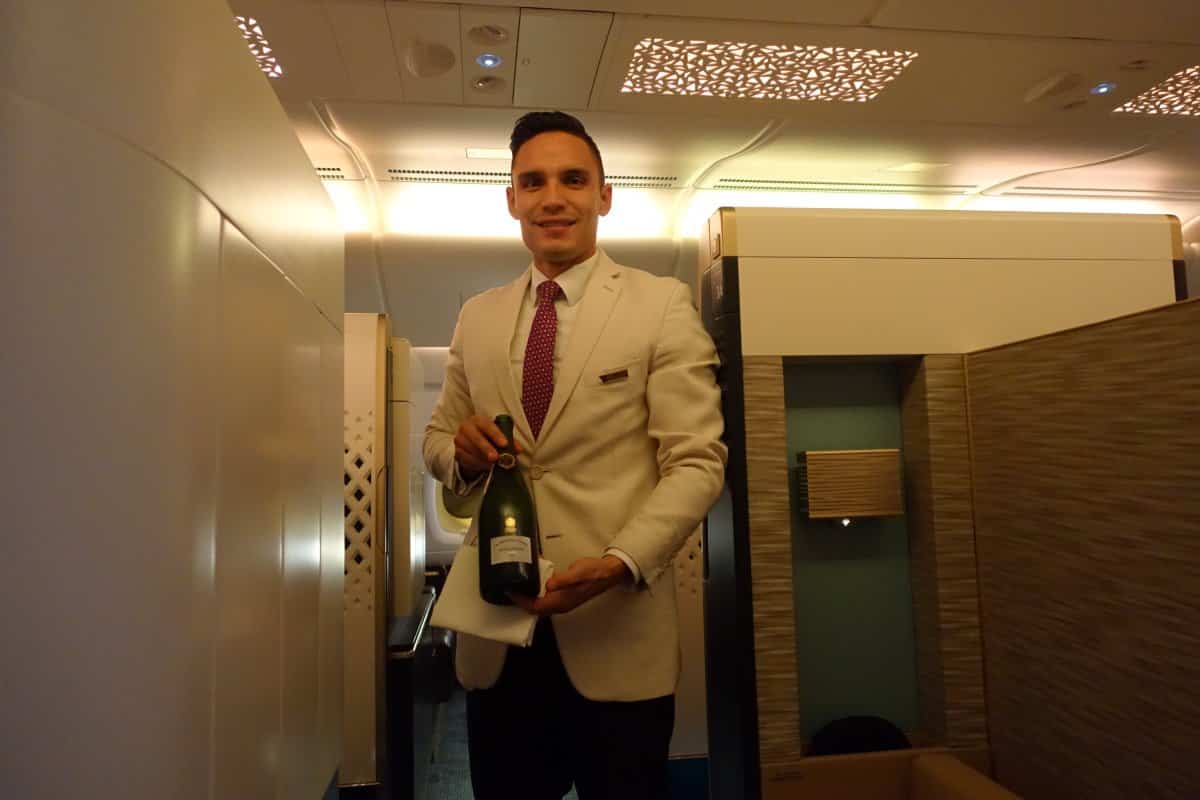 As for the in-flight meal, Sam asked for anything the chef could come up with. The chef personally delivered the dish made of different type of grilled meat. 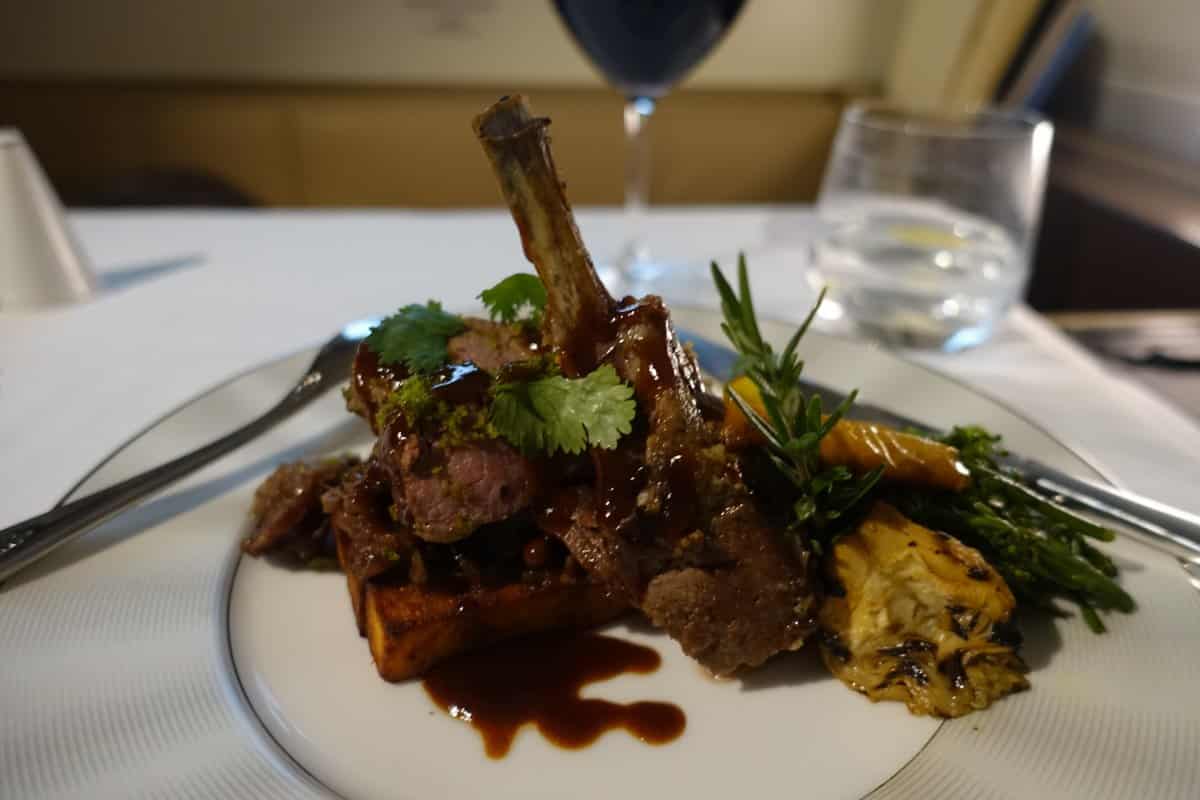 According to Sam, it tasted better than any of the dishes he had on the ground.

Sam paid a visit to one of the two bathrooms, which also has a shower. 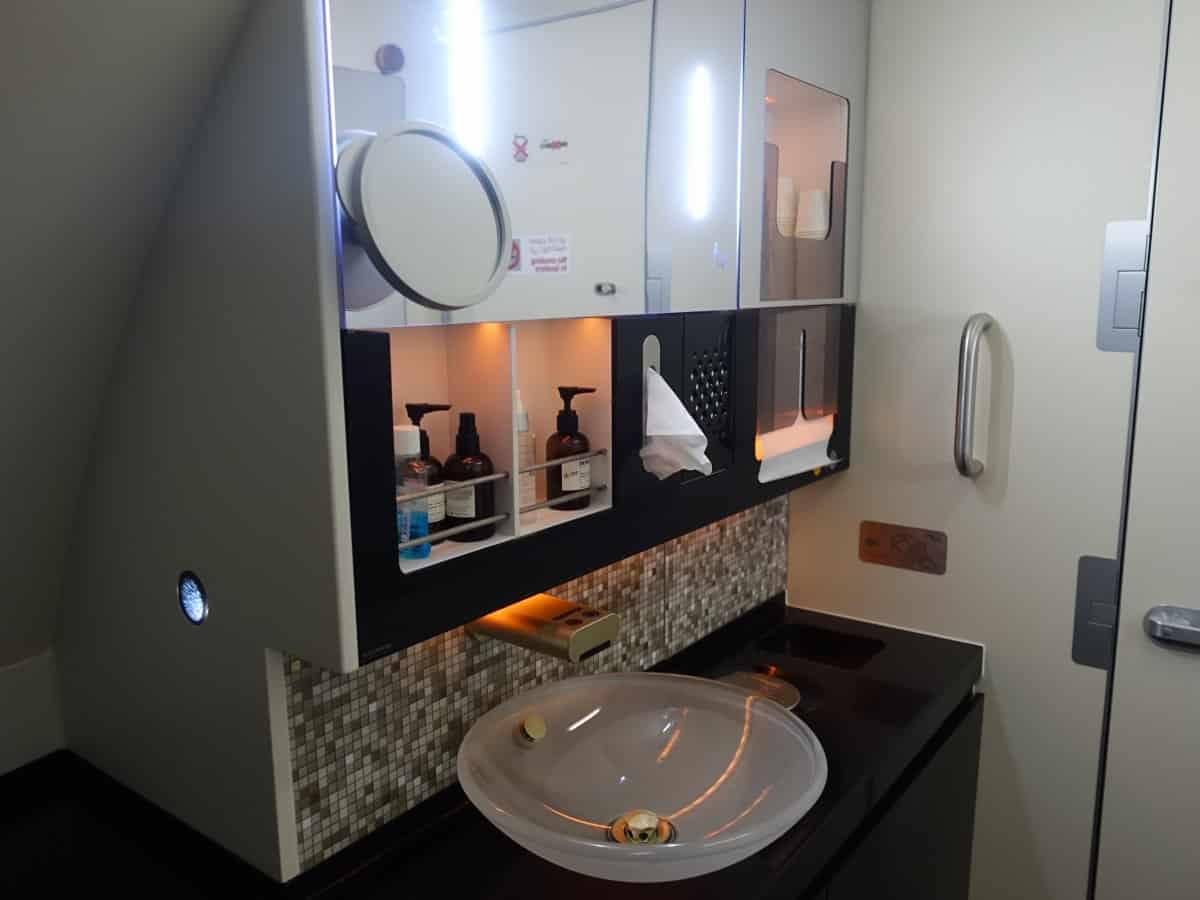 After his shower, Sam was asked if he would like to take a look at “The Residence,” to which Sam happily agreed. 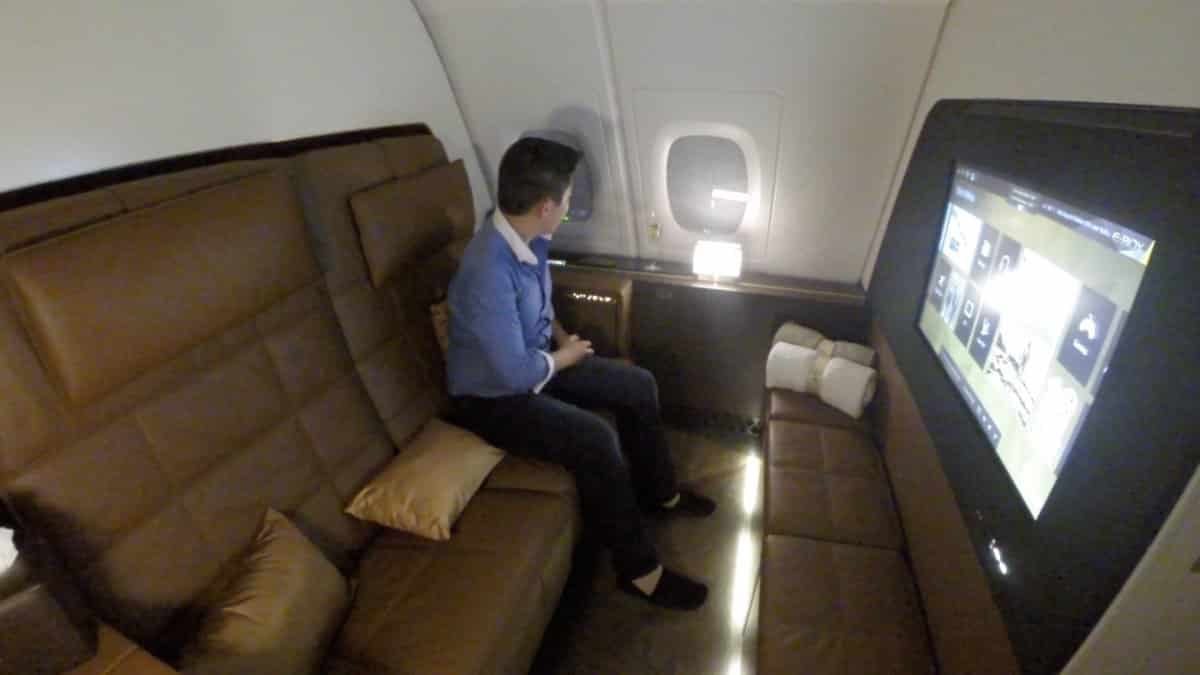 The Etihad Residence is made of of three separate spaces: the living room, the in-suite bathroom, and a private bedroom. The living room has a huge 32-inch LCD screen, currently the largest in the sky.

And here is the bedroom, which comes with a fully furnishes double-sized bed. 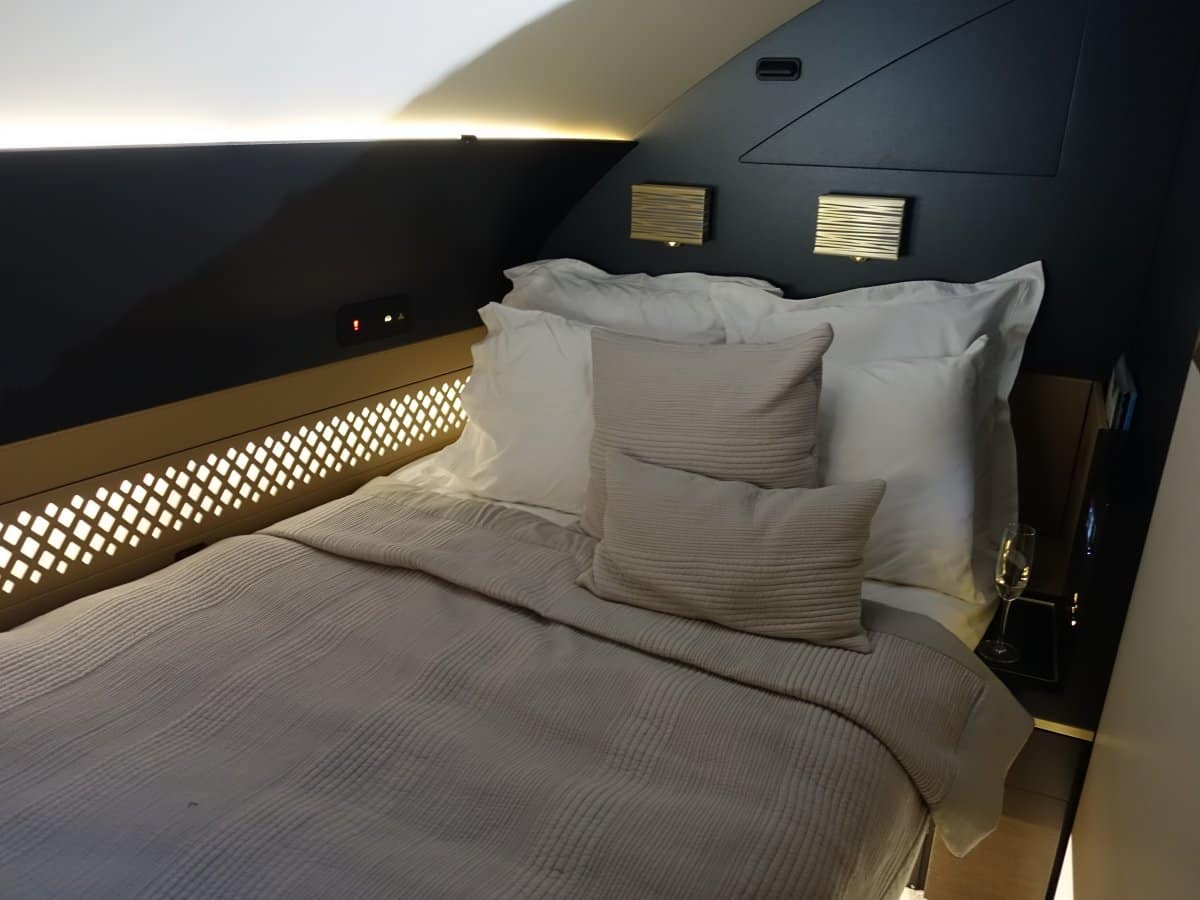 It’s the first of its kind among all airlines. It even comes with four feather pillows and two side pillows.

The private bathroom on The Residence features a shower and full-sized products from Acqua di Parma. 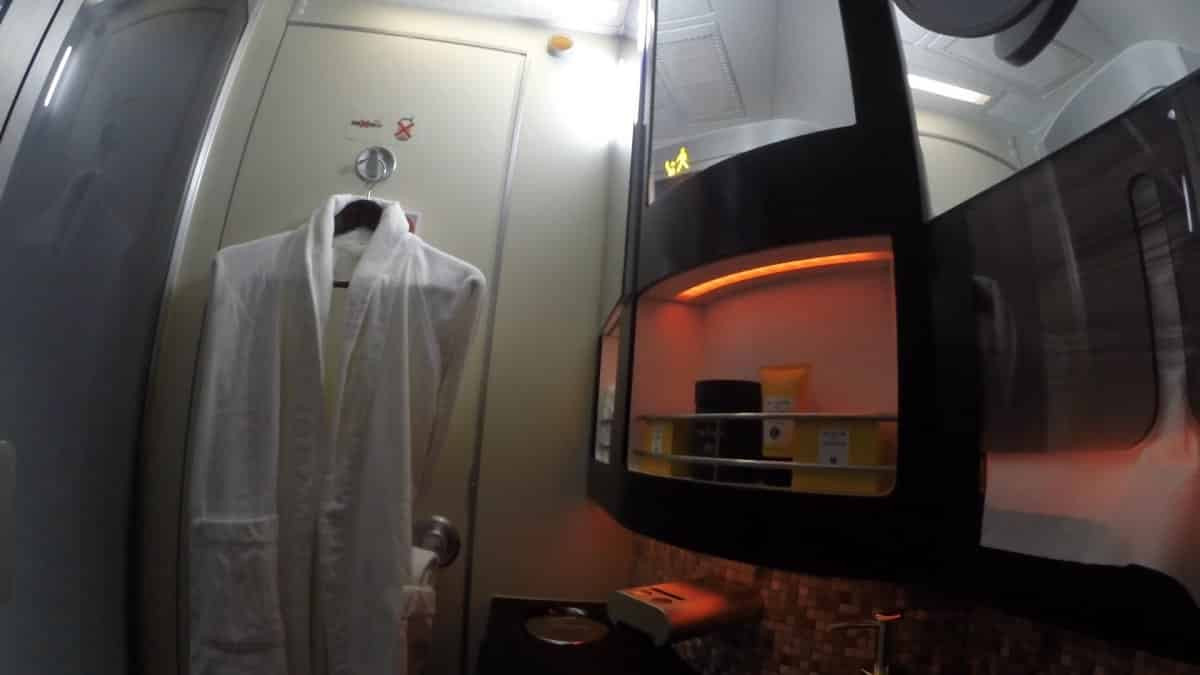 After Sam’s breif visit to The Residence, he was brought back to his apartment, which has been transformed into a bedroom. 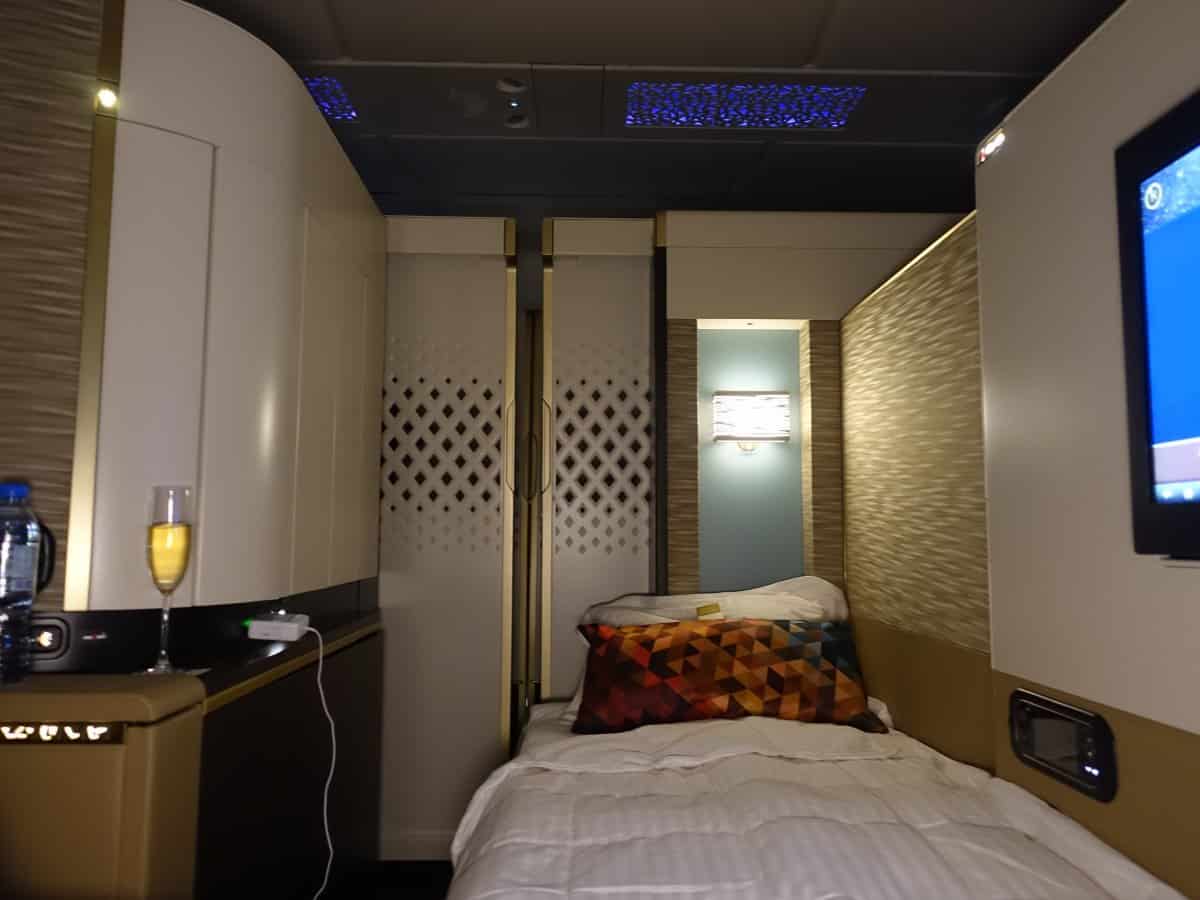 After a good night’s sleep, a shower, and breakfast… 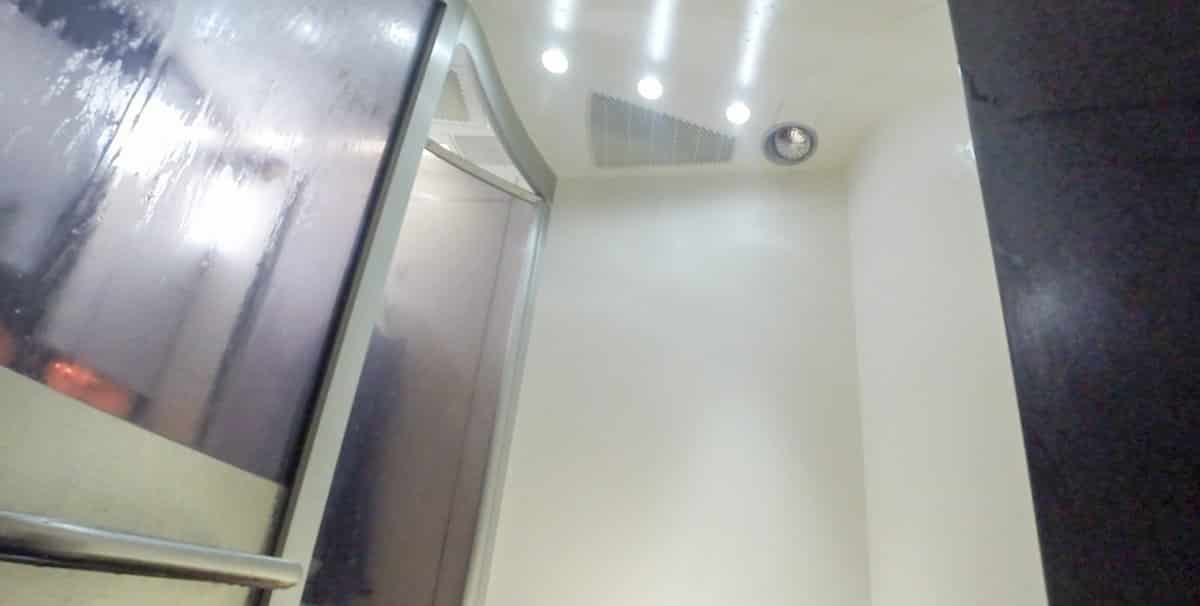 The plane finally landed in Dubai. Here’s the first class crew who made Sam’s flight a truly luxurious experience. 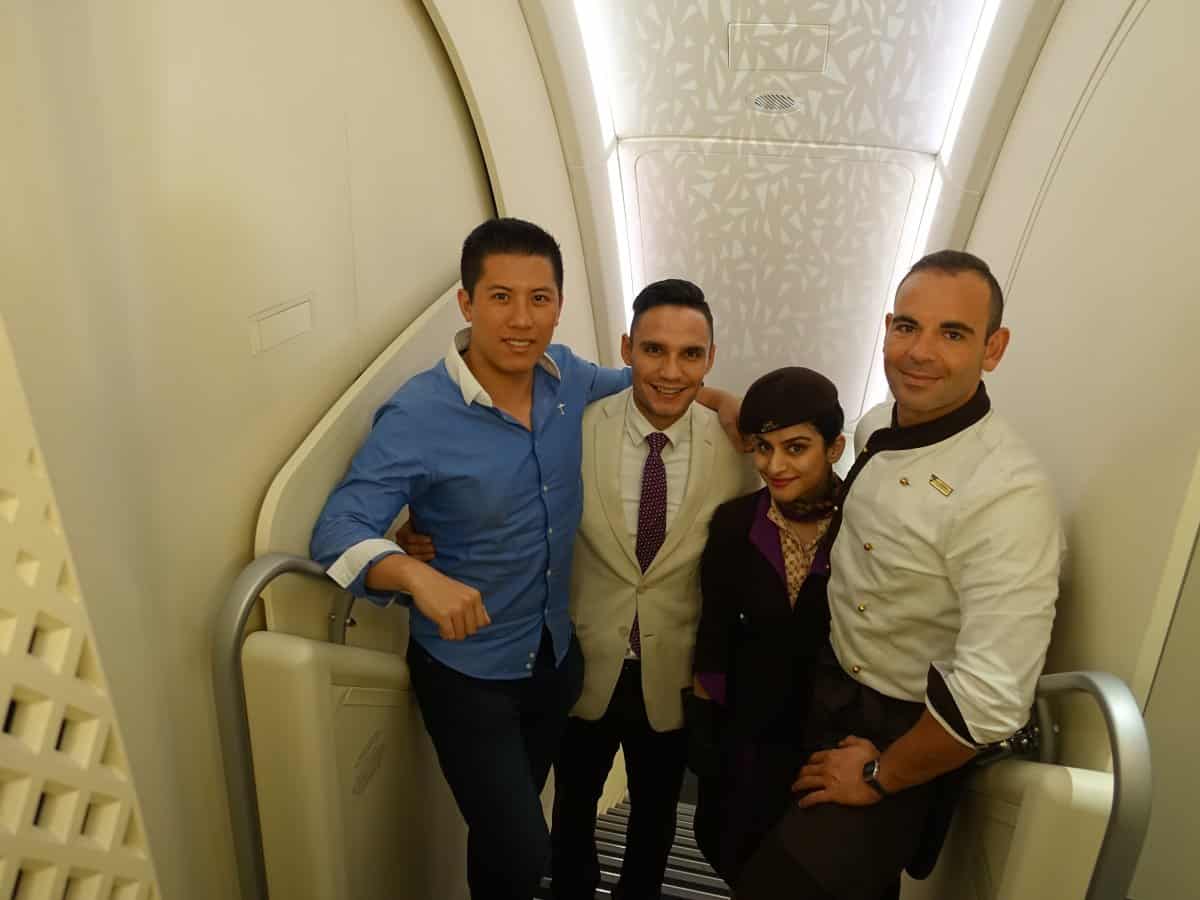