Driving along Japan’s Eshima Ohashi bridge will make you feel as if you’re on a roller coaster ride – except that there’s no loops and spins for a thrilling ride.

The bridge is remarkably steep, it could either be a fun or terrifying experience driving along it – it depends if you enjoy the thrill or you’re usually scared of heights. The bridge serves as a connection for the cities of Sakaiminato and Matsue. It’s designed that way to accommodate the ships that pass underneath it.

When photographed from the front using telephoto lens, the bridge would appear really steep. But it turns out that it’s not that steep at all as both sides of the bridge have a slope gradient of 6.1 percent and 5.1 percent.

The Eshima Ohashi bridge in Japan has a total length of 1.7 kilometers. 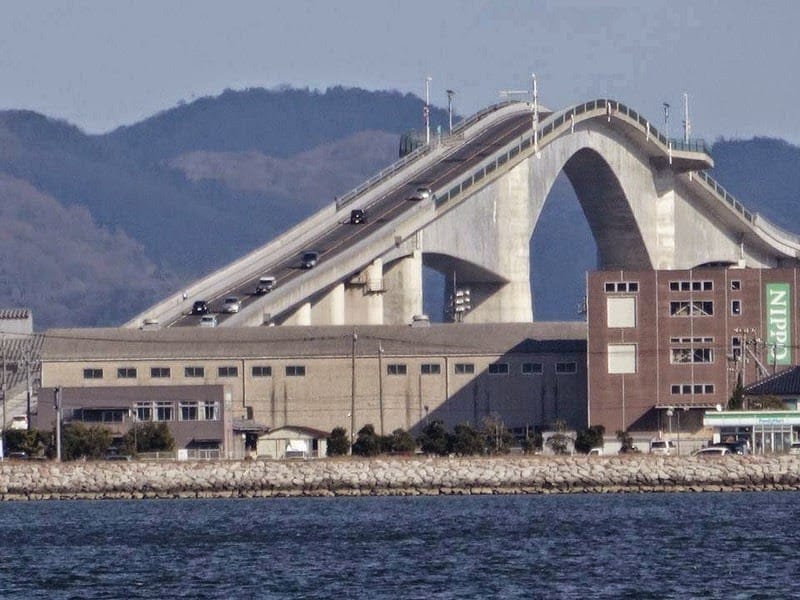 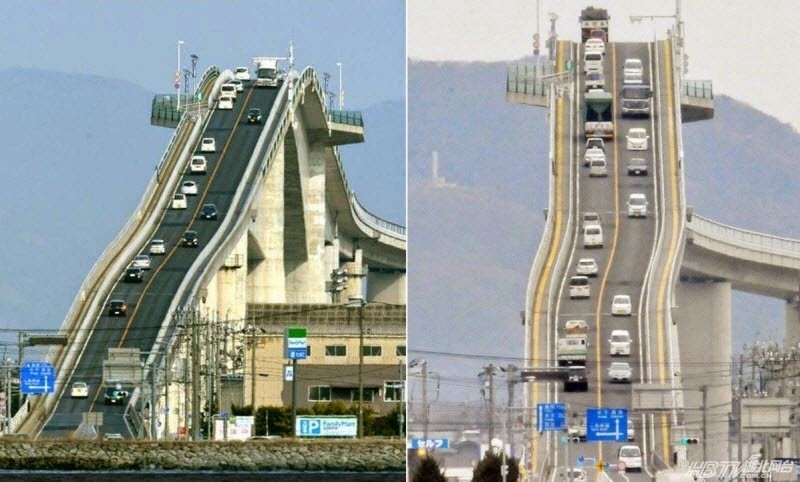 It is the country’s largest rigid frame bridge and world’s third largest. 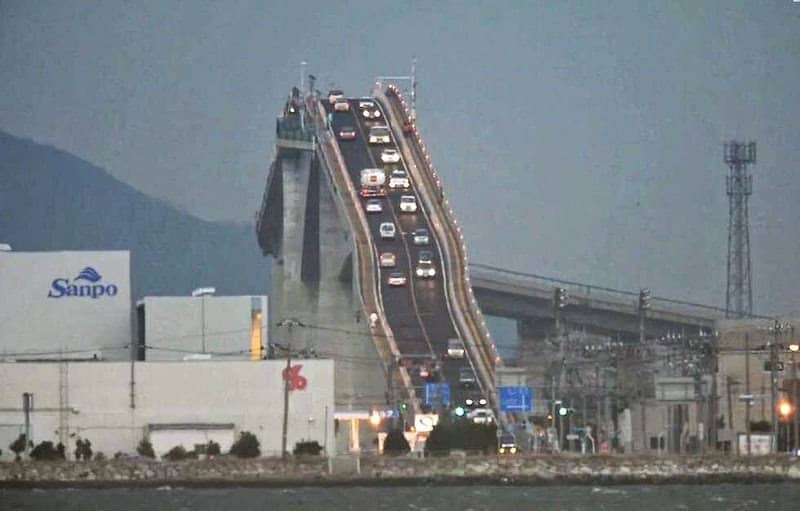 The bridge is designed that way to allow ships to pass underneath. 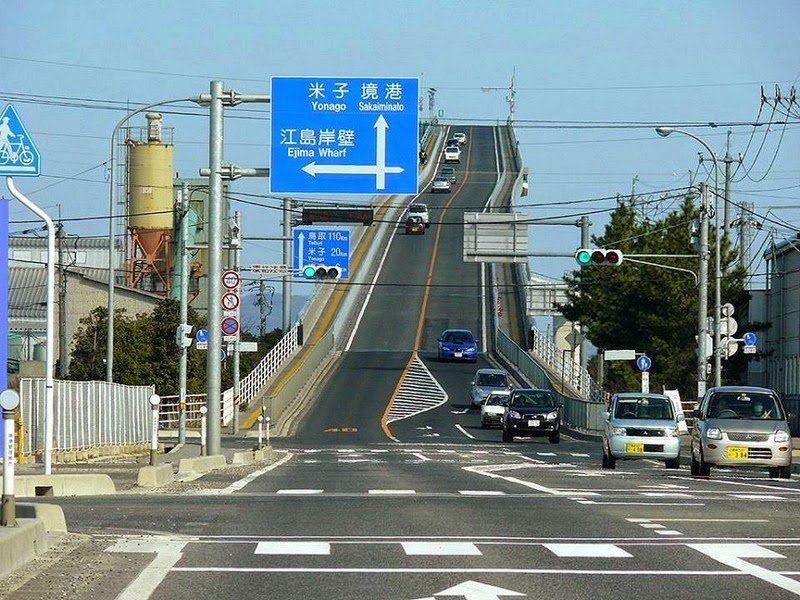 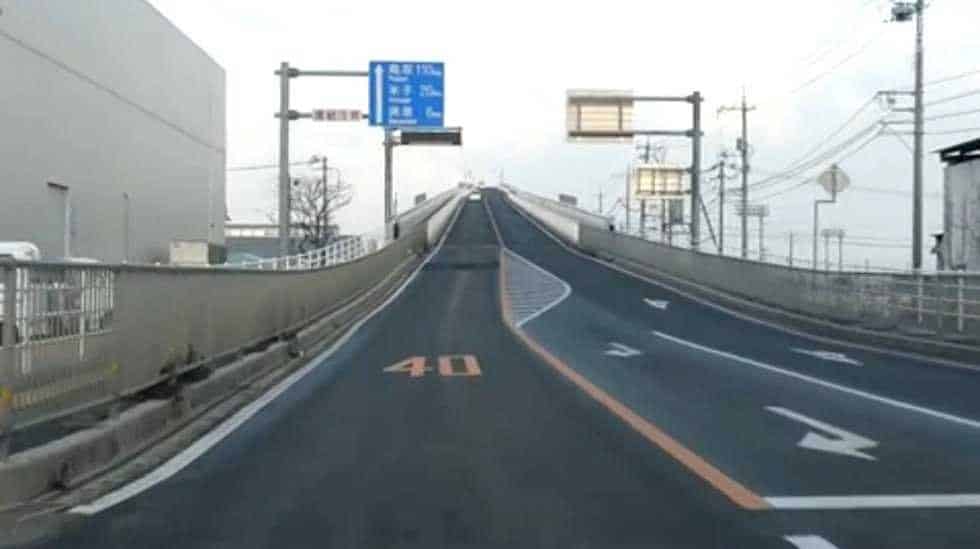 When looking at photos of the bridge taken from a certain angle, it might make you think that drivers are going down a steep slope as if riding a roller coaster.

The slope gradient on both sides are at 6.1 and 5.1 percent. 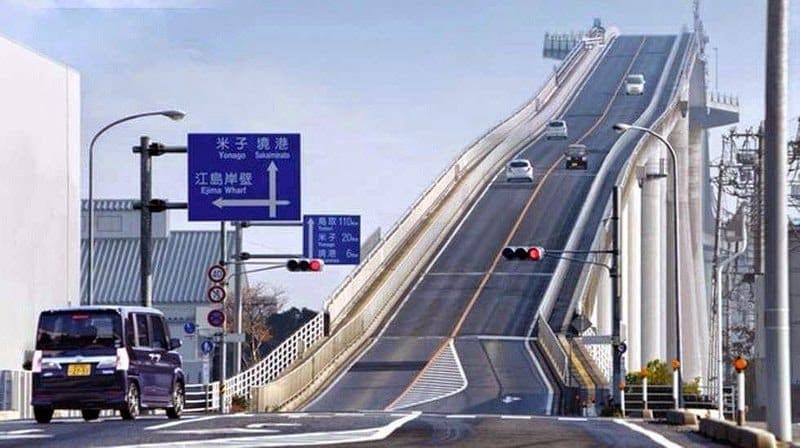 Recently, the bridge has garnered attention due to its “steepness” as seen in a commercial video from Daihatsu Motor Co. for its Tanto minivan. The bridge was shown to be in its exaggerated steepness so people would have an impression that the minivan is tough.

Here are the slopes on both sides of the bridge when viewed from afar. It’s not so steep, is it? 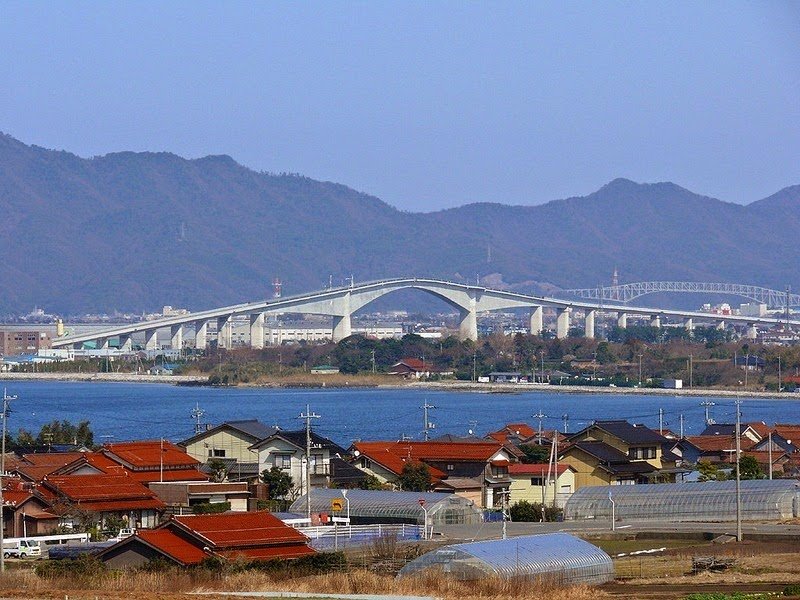