Being a parent is one of the toughest jobs in the world. It is a demanding job that will require you to work tirelessly, seven days in a week. You encounter all sorts of challenges but you do not get paid. In turn, you receive love, kisses, and the utter joy of seeing your kids grow up into strong and beautiful individuals. 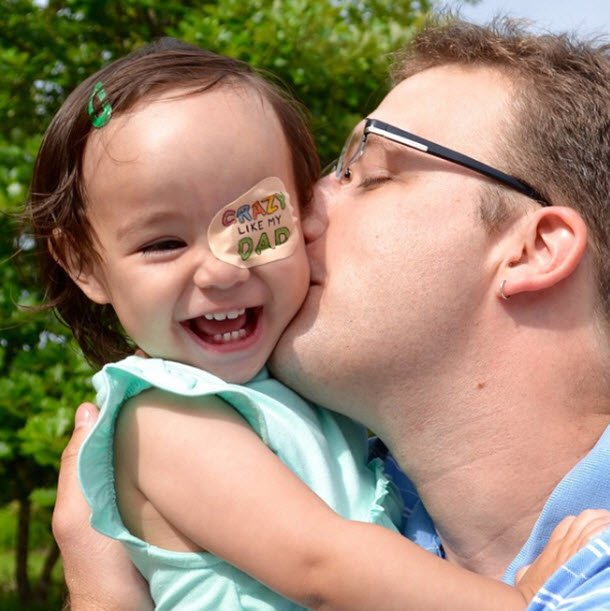 Geof Grubb draws fun designs on his daughter’s eye patches to try to eliminate the frustration associated with the process. His daughter now struts around with awesome patches made by her dad! 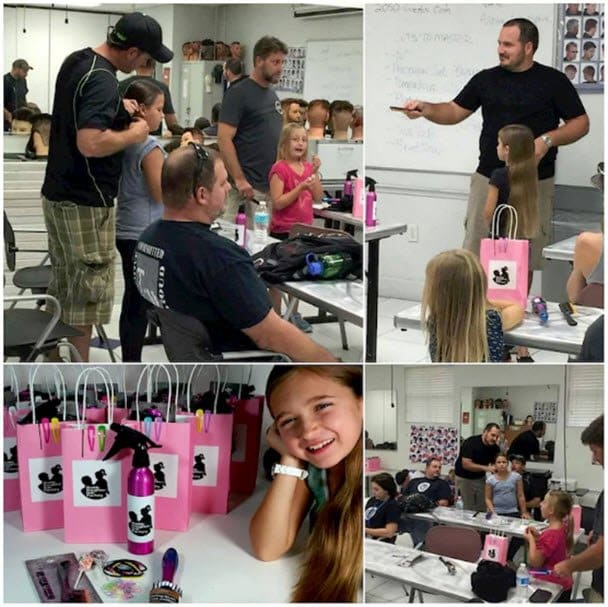 A group of fathers learn how to style their daughters’ crowning glory. 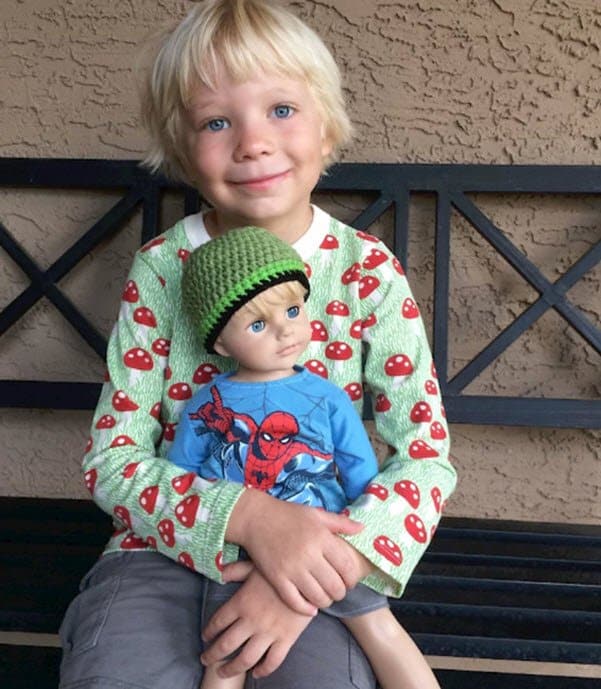 Gina DeMillo’s son wanted a boy doll, but there were no available male dolls in the market. So she decided to create a male doll out of a female doll – she cut its hair, removed the lipstick, changed its clothes and voila! There goes your male doll! 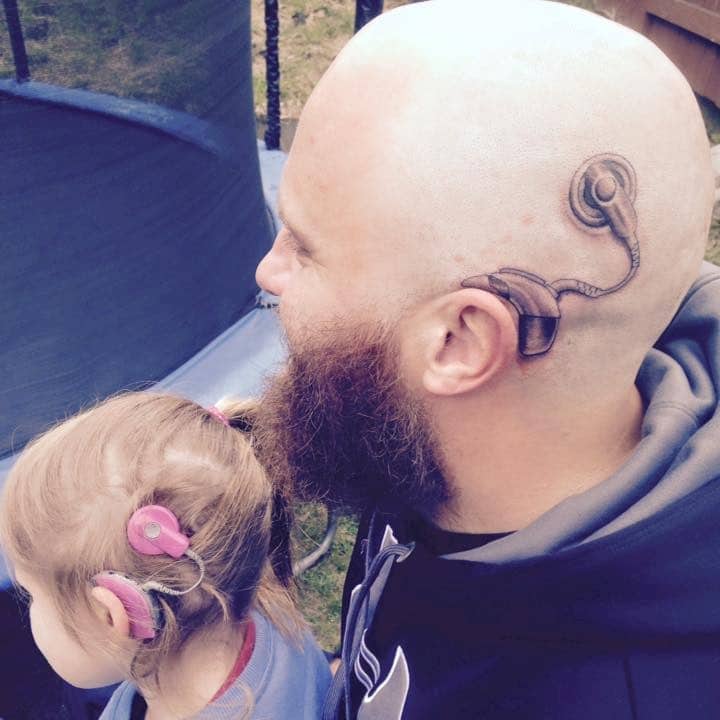 Alistair Campbell got a tattoo of a cochlear implant on his head so that his daughter, who needs the device to hear, won’t feel left out. 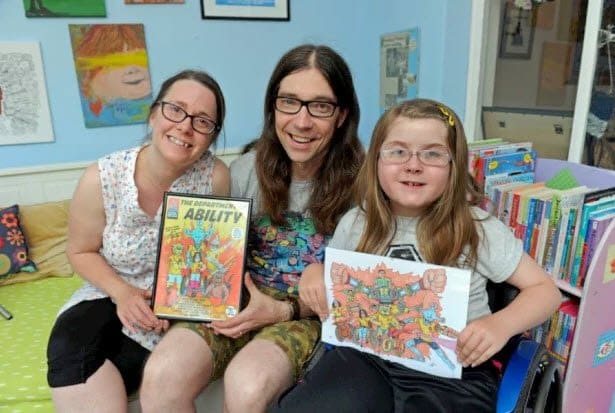 Dan White created the comic book series “Department of Ability” because he got fed up with how media portrays disabled people and children. The comic book features five superheroes whose disabilities are actually their superpowers. And, guess who the main character is? It’s his daughter, Emily, who happens to have spina bifida. 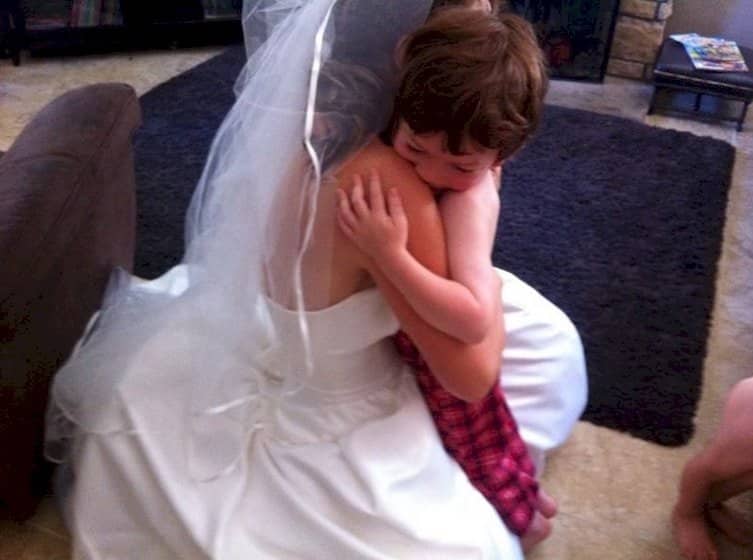 A couple reenacted their wedding because their son was sad that he was not able to attend the ceremony. This photo was snapped just after the couple said their vows. 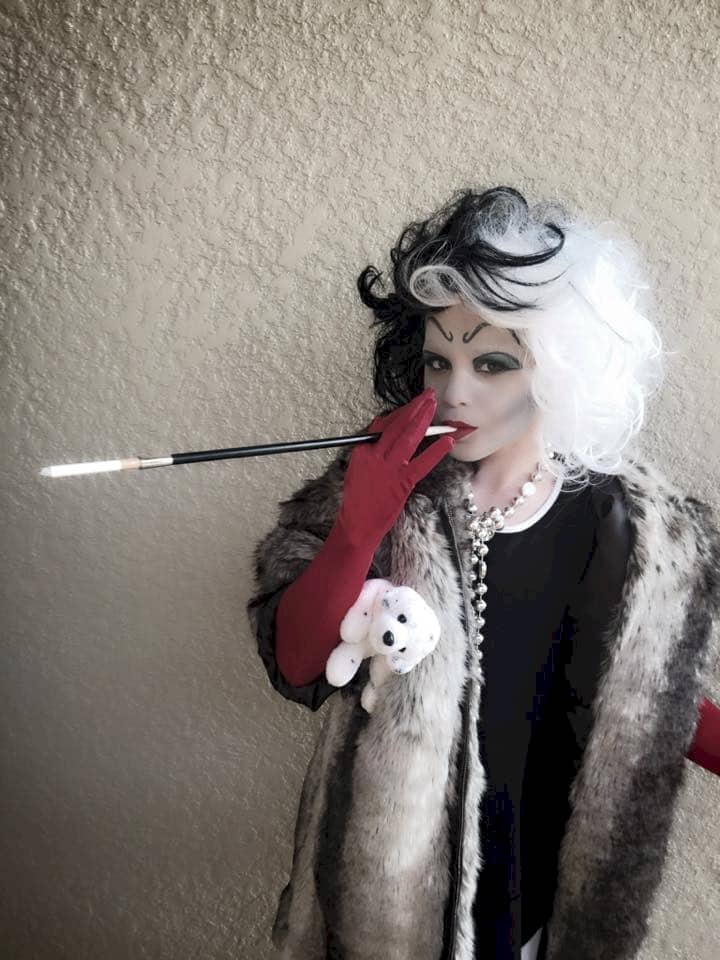 Liam, Wull Hutt’s son, wanted to dress up as Cruella de Vil on Halloween, so they did what they could to support the kid’s whim. Although there were several feedbacks, there were also negative and hurtful ones. Will stood up by his kid and opted to disregard all the hate. 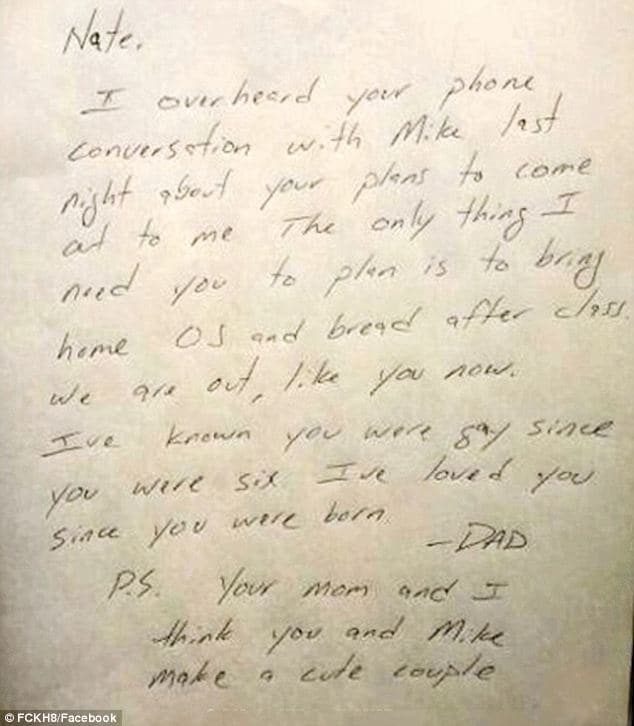 This is a truly heartwarming and life-changing letter written by a father to his son, Nate, who admitted that he was gay. Parents like him are truly an epitome of love and support! 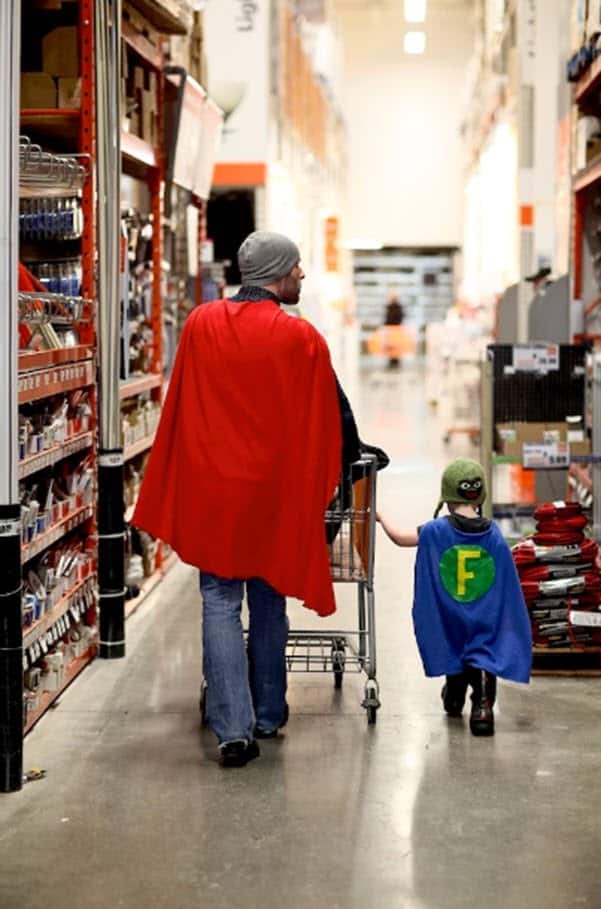 If your son insists to go shopping wearing his superhero costume, don’t beat him to it. Why don’t you join him instead? It’ll certainly be a fun experience for the kid! 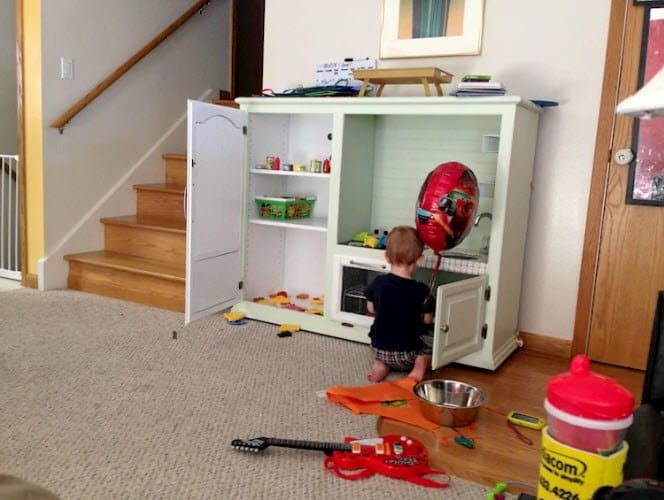 A couple received rude comments when they decided to convert their TV rack into a kitchen playset for their son. Fortunately, the parents of the two-year-old boy were not swayed by the “gender norms” and just allowed their kid to enjoy.

Mike Wilson’s son, Jayden was diagnosed with Grade 4 Brain Stem tumor. Sadly, the four-year-old kid was only given a year to live. To celebrate what possibly could be his son’s last birthday, Mike had a special Spider-Man suit made, wore the costume to Jayden’s birthday party and surprised him by jumping down from the garage. He spent about 30 minutes as with Jayden dressed as Spider-Man, after which he left and changed into his normal dad outfit. He was greeted by a very excited Jayden who could not stop talking about how Spider-Man surprised him on his birthday!

A father had his daughter’s teachers, coaches, and principal write heartfelt messages about her in a copy of a book called “Oh, The Places You’ll Go!” He was able to keep everything a secret until his daughter’s high school graduation, when he decided to give her the lovely gift. 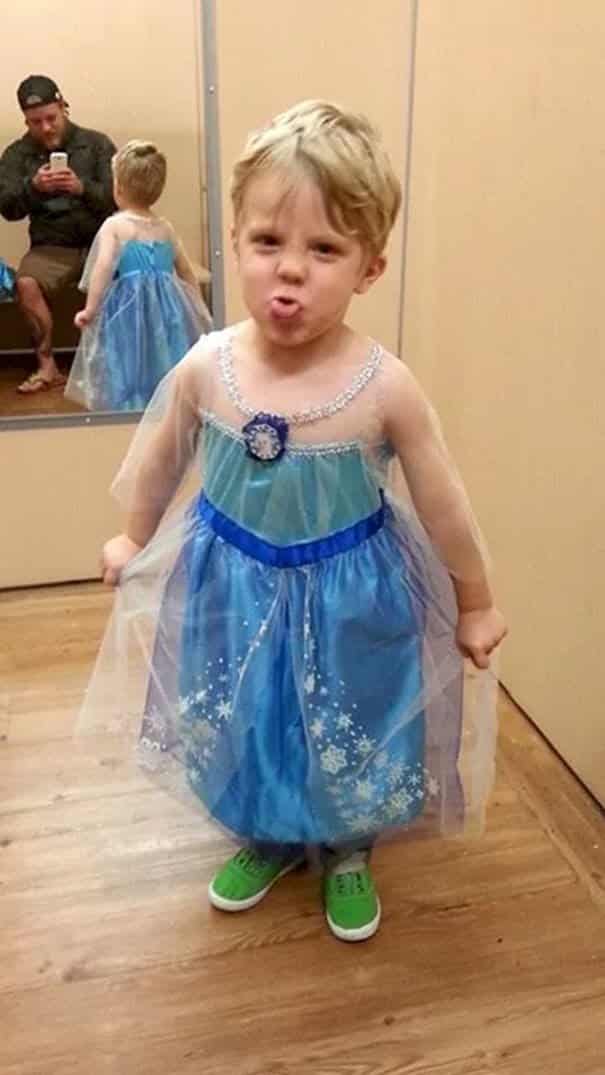 When Paul Henson’s son, Caiden, dressed up as Queen Elsa from Frozen for Halloween, he was bullied and made fun of. Sadly, because of that, Caiden did not want to be Elsa anymore. However, his parents encouraged him to ignore all the bullies. They even suggested that his dad dress up as Anna! 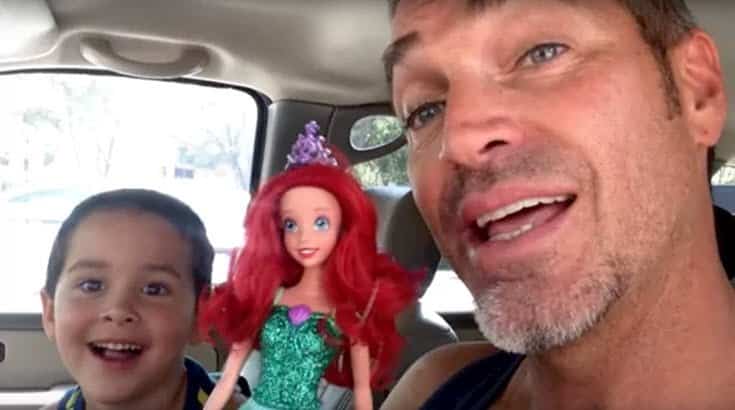 Mikki Willis, a father from Ojau, California, wowed the world through his viral Youtube video that showed how he allowed and encouraged his sons to make decisions from themselves, regardless if that decision is buying a little mermaid doll. 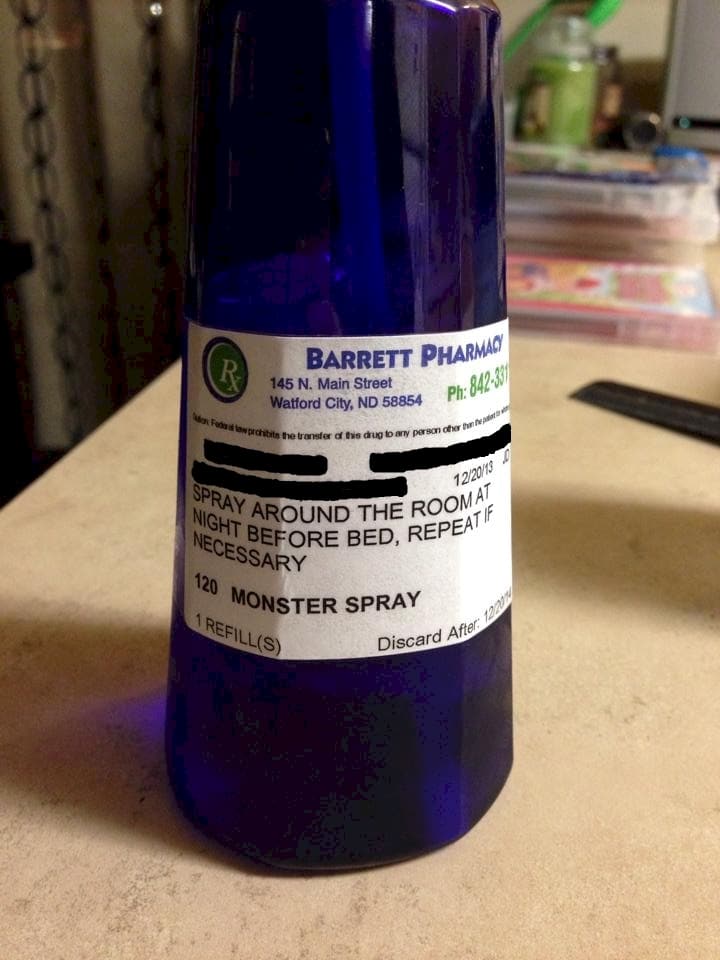 A cure for the fear of monsters, these parents just nailed it!