Amid Hurricane Irma’s wrath bringing robust winds and floodwaters to Florida, the authorities have more problems to deal with such as saving stranded residents and facilitating the evacuation of those who live in flood-prone areas. However, a new Facebook event has encouraged residents to fire their guns towards the hurricane, which police officers say is very dangerous.

Florida police are advising the residents to never fire their guns to the hurricane because the bullets might fire back, potentially harming the one who fired the guns or others.

The Facebook event, titled "Shoot at Hurricane Irma", is urging the people to shoot their weapons at the strong weather system. 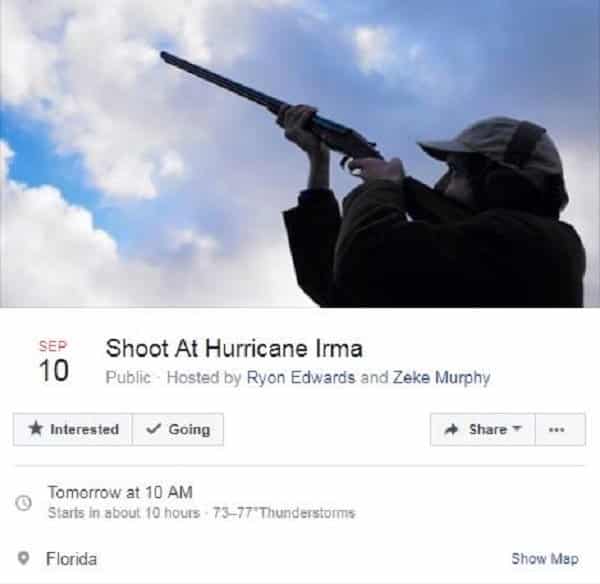 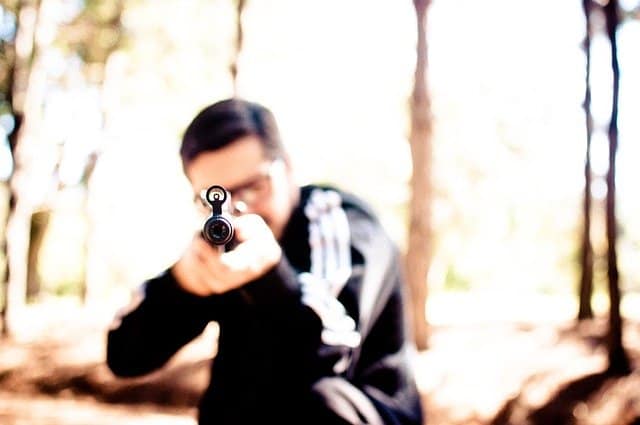 The description of the event also said:

However, the Pasco Sherrif advised the residents that shooting a weapon towards the hurricane won't make it turn around.

One Facebook user even created a diagram of what might happen if people started firing on the strong winds brought by Hurricane Irma.

The bullets can come back and might hurt other people. 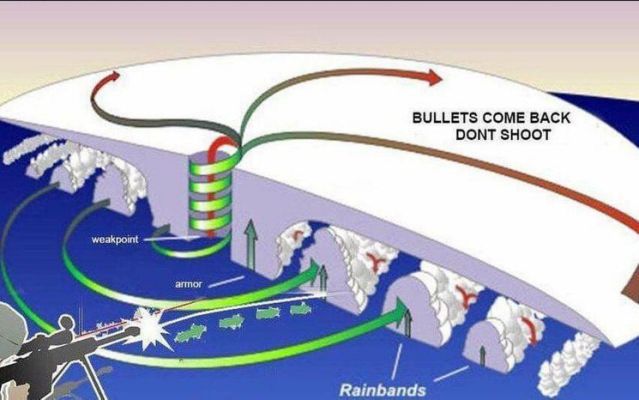 In a report by Vox, Ryon Edwards, founder of the event, said that he created the said event as a joke.

“I’ve learned that about 50% of the world could not understand sarcasm to save their lives.”

Some people, however, really took the event seriously and posted photos of themselves with weapons as the hurricane nears Florida.

“The response is a complete and total surprise to me. I never envisioned this event becoming some kind of crazy idea larger than myself. It has become something a little out of my control.”