Disneyland has been dubbed as the “Happiest Place on Earth,” but it looks like this is not what this vlogger witnessed when he visited Shanghai Disneyland. In a video documentary, Disney Dwayne captured a lot of moments where the other visitors of the famous theme park are ruining the magical place.

Dwayne saw a lot of people who displayed rude and disrespectful manners while having a stroll at Shanghai Disneyland. He has seen a number of unconcerned tourists who didn’t even give a single care to keep the place clean and neat.

Unfortunately, his horrible experience started as early as going inside the park at the entrance gate. Dwayne revealed that there are some people who tried to get pass him to buy tickets. 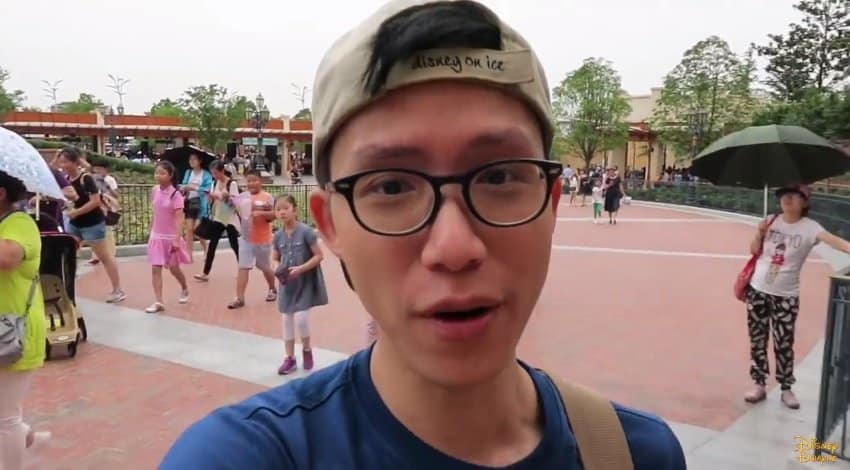 One thing you’ve got to get used to is getting pushed and shoved around here in Shanghai, for example, there was a family of 17 that had issues at the gateway and I had to wait there.

Trash Left by the Tourists 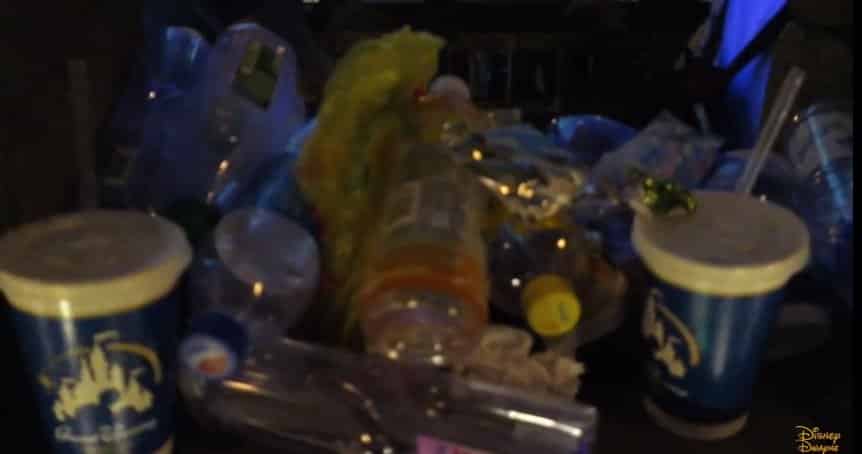 [Even though] I was next in line they just started pushing past me, then there were people who pretended to be part of that family and they just cut into my queue, it was horrible.

He even compared the people of Shanghai to the people of Japan, where he said that the citizens are more polite and respectful. However, little did Dwayne know that it was just the start of his terrible experience at Shanghai Disneyland.

Man Trying to Charge his Phone 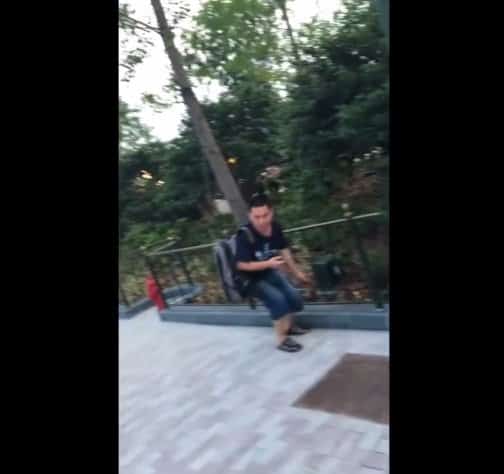 Dwayne was with his friend Adrian when he decided to take a break at the theme park, but his pal also encountered the lack of courtesy from the day-trippers.

As they were waiting in line for a particular ride, Dwayne and Adrian noticed that the guys next to them were trying to squeeze their feet into their personal space.

Feet Trying to get into their Personal Space 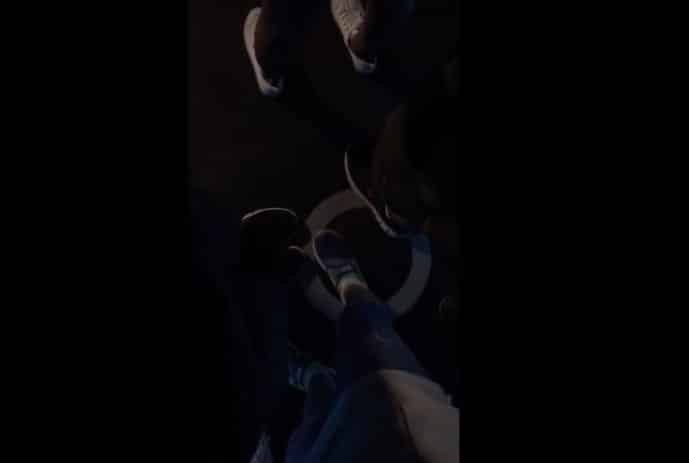 Dwayne also caught a couple of people watching a children’s show blocking others view with their unused, but open umbrellas. 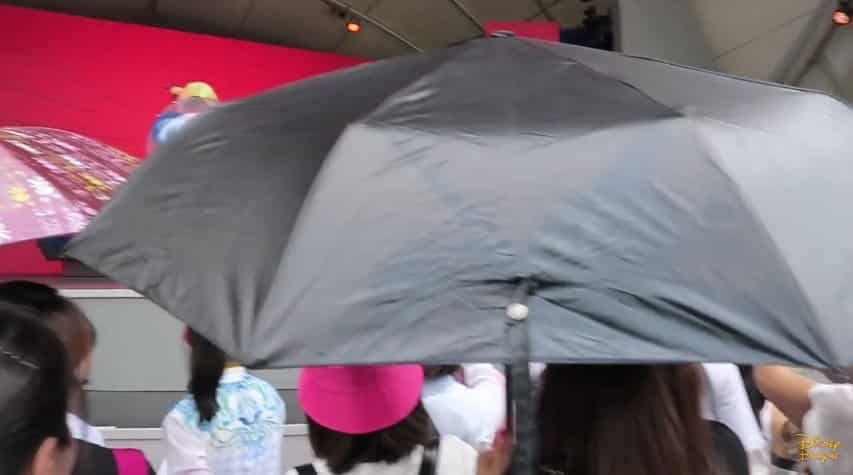 It’s not hot and it’s not raining, so why are people using umbrellas to block the view? 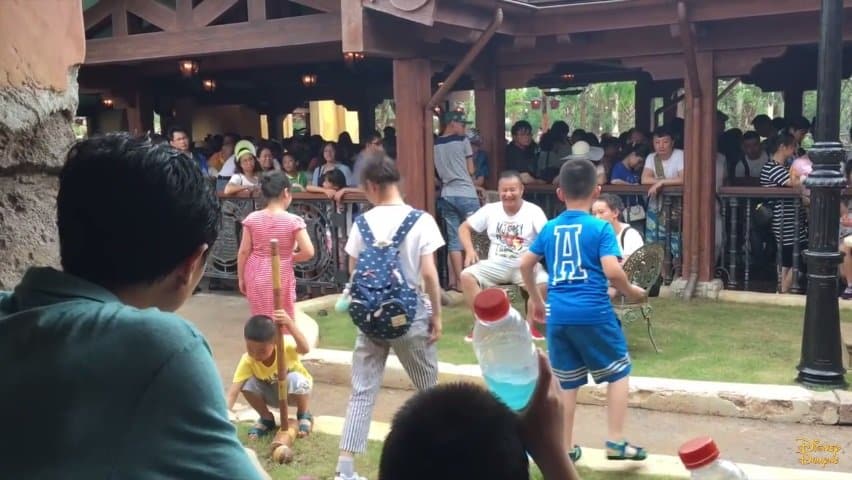 His adverse adventure at Shanghai Disneyland didn’t just stop there. He even saw vandalized walls, a destroyed plug socket that has been carelessly torn from the wall, children and even an adult sitting and playing in a prohibited area and destroying the decorations. 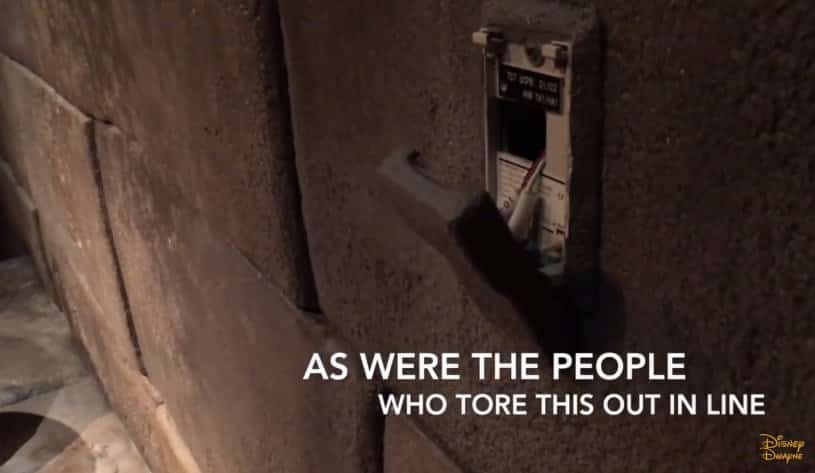 If you think you saw the worst, Dwayne even caught a mother letting her kid pee in railings full of ornamental grass.

A Mom Letting her Kid Pee in an Open Area 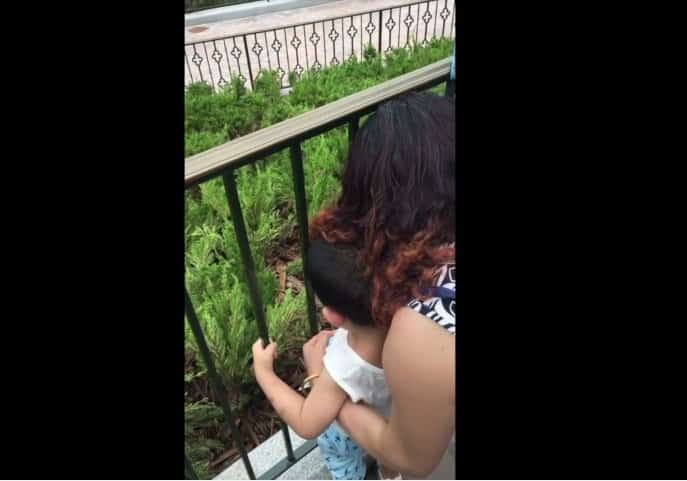