Located in Nairobi, Kenya is a small hotel, the Giraffe Manor. Guests get the chance to spend time with the endangered Rothschild giraffes that circle the entire estate. It’s not every single day that you can actually live, walk and possibly dine with a giraffe so imagine the surprise it brings guests whenever a giraffe decides to drop by and say hello for breakfast.

The giraffes live in harmony with the guests in the Manor. 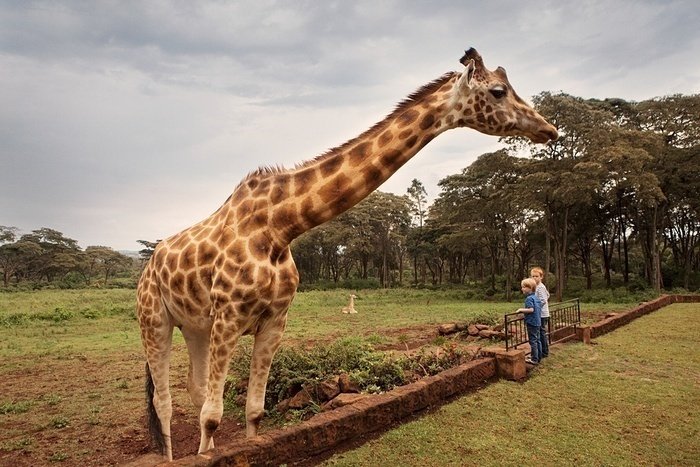 The Giraffe Manor was built in 1932, orginally as a home for Sir David Duncan. Now, the property serves as a tourist attraction and a conservation site for endangered species. This inconceivable place is now a beacon of hope for the Rothschild Giraffe that is nearing its extinction. The hotel sits on twelve acres of land with at least 140 acres of forest surrounding it.

Giraffe are free to roam the manor as they please. 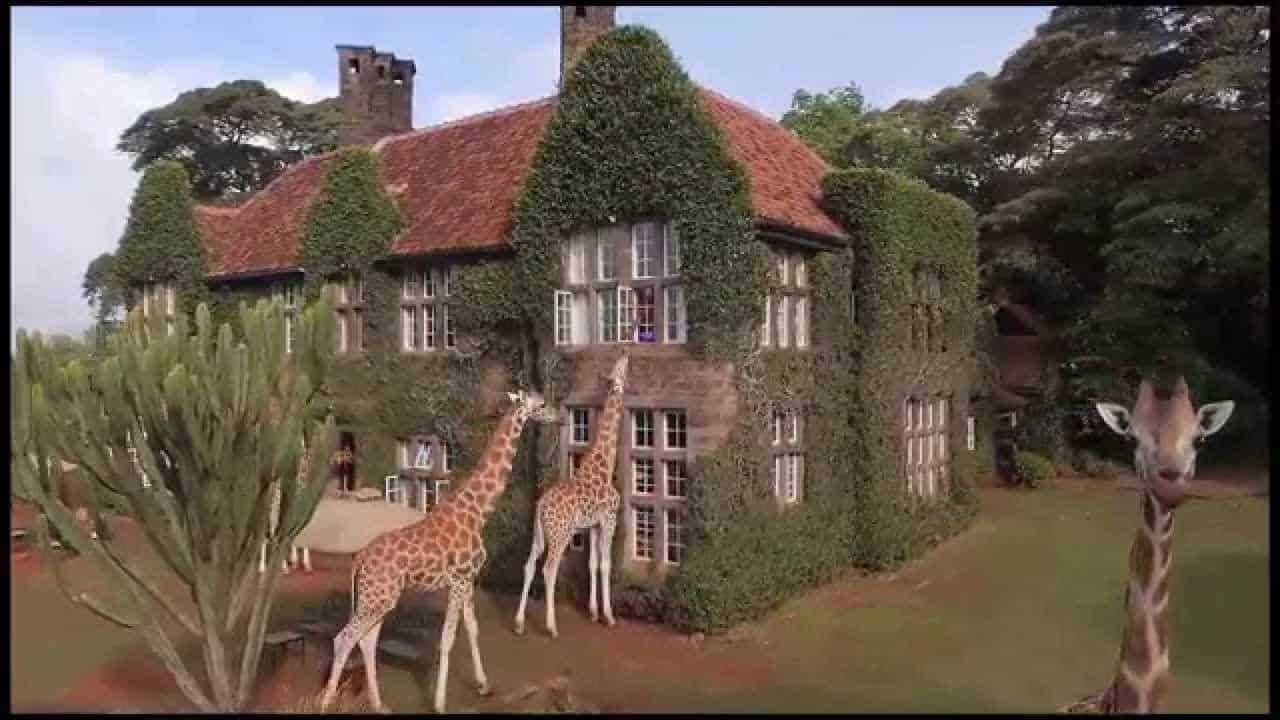 Originally there were only a herd of five giraffes that was brought in to the property back in 1974. The reason they were brought to the manor was because of a conservation project to protect endangered animals that were fast seeing their extinction. Giraffe Manor operates a breeding program, working hard to reintroduce the species back to Kenya, original home to the Rothschild Giraffe.

There were originally just five Rothschild giraffes in the Manor. 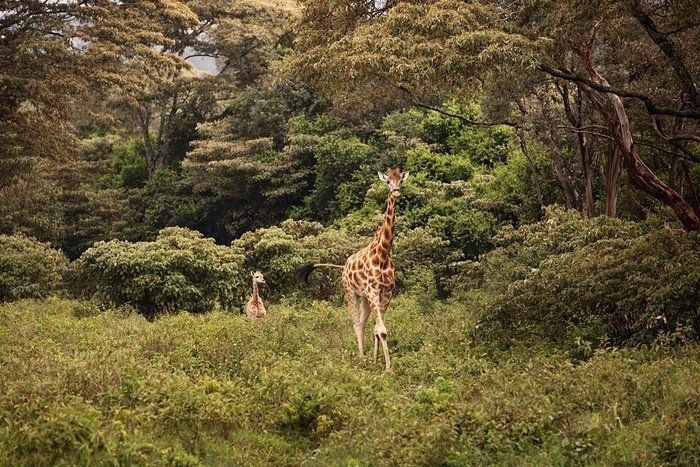 Towards the end of 2015, 14-year old Kelly the giraffe, gave birth to a baby boy. The new baby is Kelly’s third calf at the centre. Slowly, the number of giraffes at the hotel is growing. Until there are enough in the species, the current group of giraffe will stay at the property, waiting to be reintroduced to the people of Kenya. Young calves that are born in the centre are slowly introduced into the wild after two years.

The Giraffe Manor is located in Nairobi, Kenya. 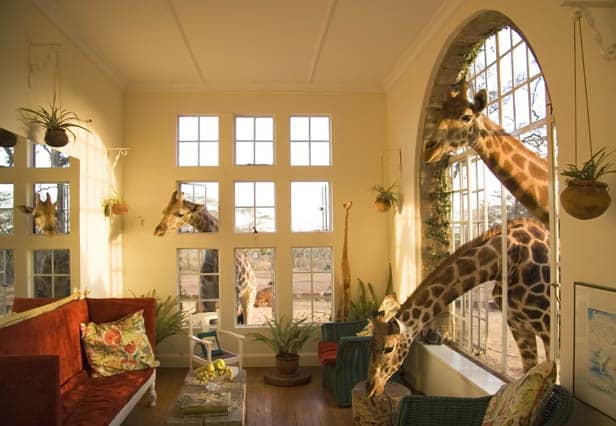 In case you want to know, giraffe give birth standing up, with the newborn falling approximately two meters to the ground. While at the manor, the animals are free to roam around. They have become quite comfortable receiving snacks from the guests.

The property is surrounded by 140 acres of forest. 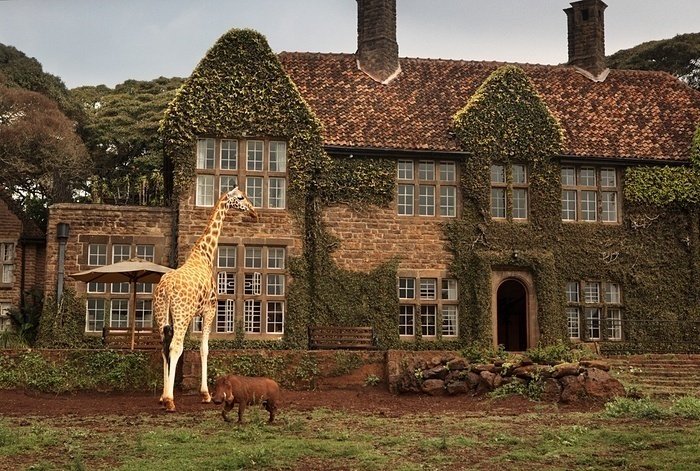 The Giraffe Manor is an important tourist attraction and accommodation rental in Kenya. They give hope to the Rothschild giraffe that is fighting to keep its species alive every single day. For several decades, these animals have been poached and hunted in Uganda, Sudan and even in Kenya.

The giraffes visit the manor twice a day for food. 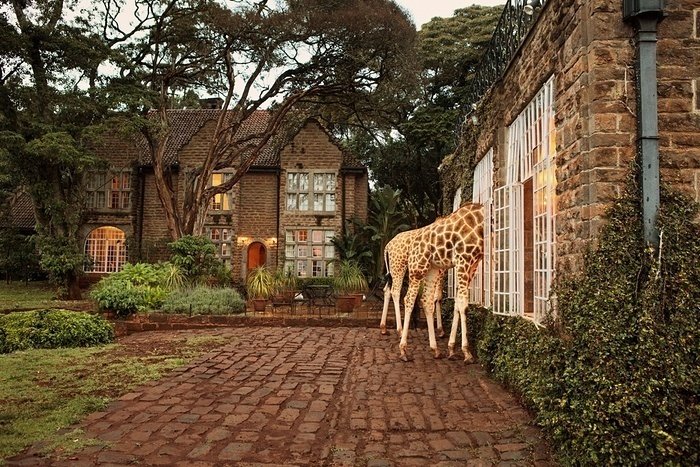 If you’re given the chance to take a trip to Kenya, don’t miss out on the opportunity to visit the Giraffe Manor and take a walk with the giraffe in the property.