Web developer David Casarez is a homeless man. He stays on a bench in a park in Mountain View, California. Fortunately, things started to change for the better after he came up with a brilliant job-hunting strategy.

David wore a shirt and tie, held a large sign, and stood on the street. One of the passersby took his photo and before he knew it, he’s been getting hundreds of job offers after his image went viral on social media. 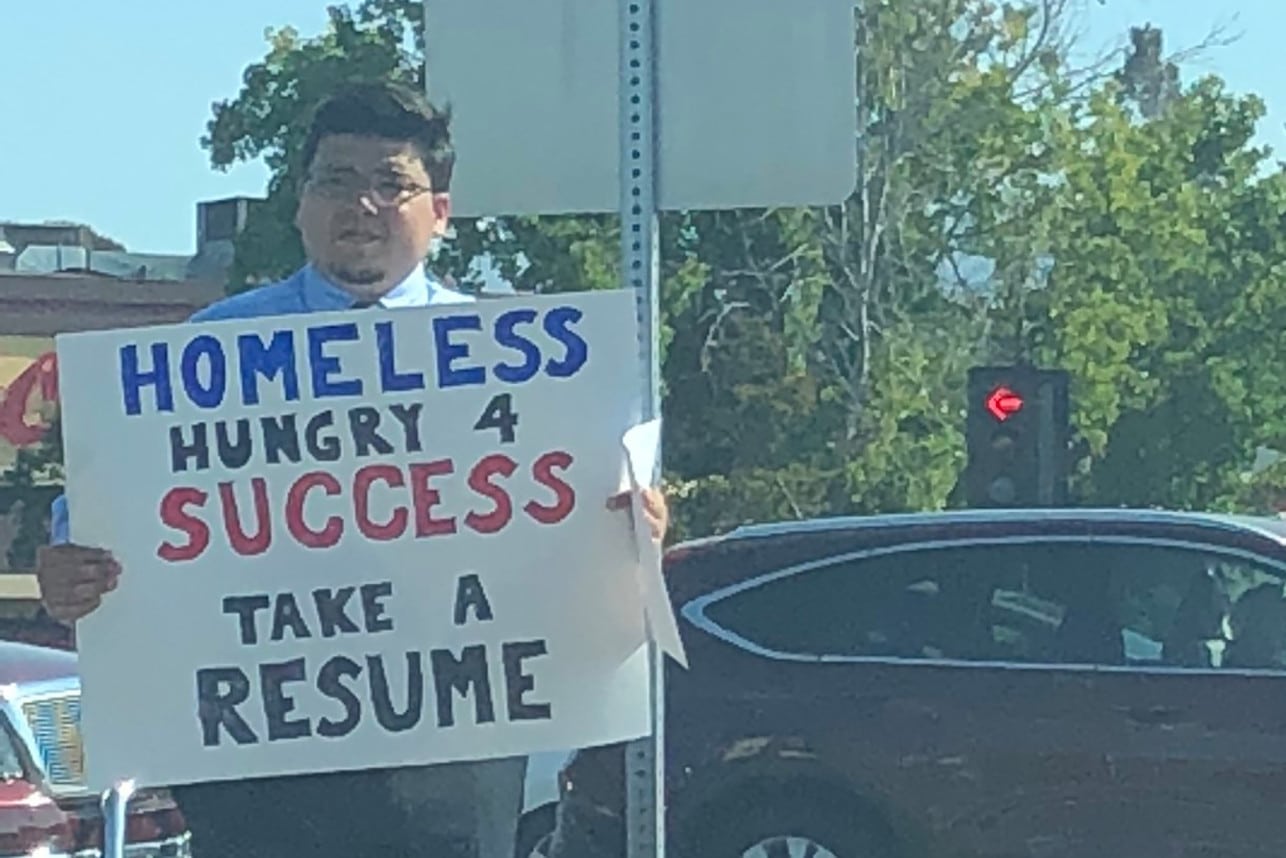 According to David, he has received over 200 job offers since his photo went viral on Twitter.

In an interview with the New York Post, he enthusiastically shared:

“Google reached out to me. So many other companies. Pandora. A bunch of startups. A product manager from Bitcoin.com was wondering if I could work remotely or if I want to relocate to Tokyo.

“But tonight, I’ll be back on my bench in Rengstorff Park.”

As the news site tells us, David graduated from the Texas A&M University with a bachelor’s degree in mamagement information systems. He later got hired by General Motors as a web developer. However, things began to fall apart after he cashed out his 401(k) “to pursue the dream of his own tech startup.”

The failure eventually left him penniless and he had no choice but to live in his utility van. David reflected:

“I’d been living in my car for more than a year. No one was hiring. I had an interview with Apple in January, but the job was filled internally.”

Unfortunately, his vehicle got repossessed and he ended up sleeping in the park instead. 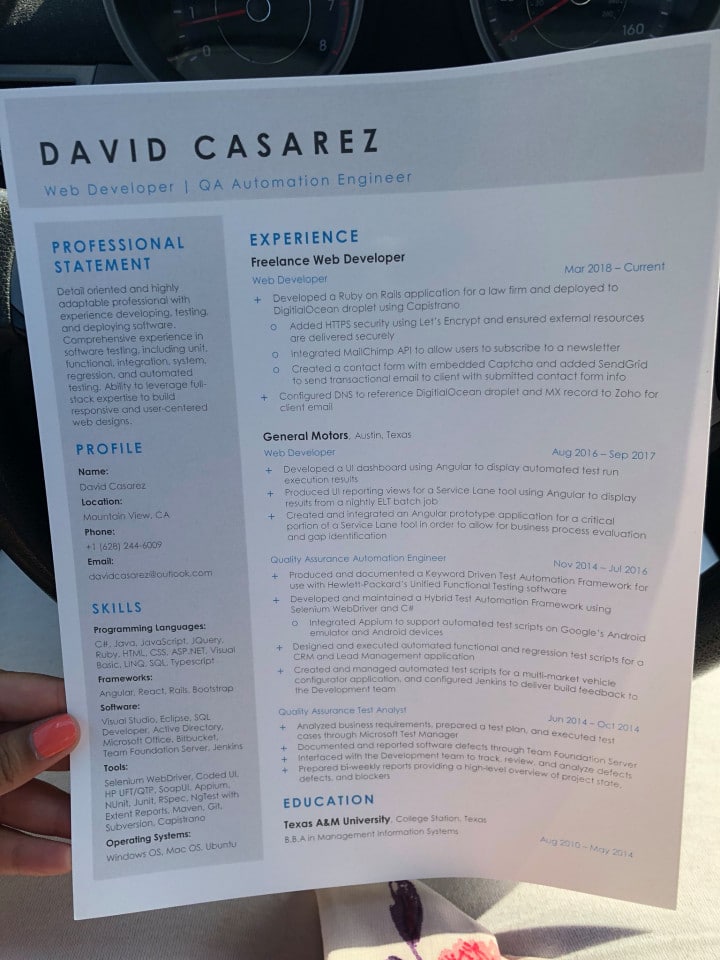 A woman named Jasmine Scofield would later ask if she could take his photo and share it online.

“Today I saw this young homeless man asking for people to take a resume rather than asking for money. Please RT so we can help David out!”

“It’s been happening very quickly, and I’m in shock,” he confessed. “I wasn’t expecting that kind of response. It kinda blew up.”

“It was basically a make-or-break moment. I wanted to keep my head up high, keep looking forward and see what opportunity would come next. I was thinking, you know, like this was like my last stop. If this didn’t work, I’d go back home and give up on my dream.”