“A picture,” as the old adage goes, “paints a thousand words.” Sometimes though, those words are really, really sad.

The pictures compiled below send exactly that message – not everything captured by cameras are beautiful and eye-pleasing. Beyond making you feel bad, these photos evoke feelings of urgency. After all, it shows us just how much we, human beings, have badly damaged our own world. It’s absolutely alarming to behold and yet it’s necessary to somehow awaken our senses. If we don’t move and do something about it, it’s a safe bet that things can only go downhill from here.

Hopefully we all do our part in helping nature heal before it’s too late. Scroll down and check out the following images to see what we mean:

1. Progress is never a bad thing but if cities are as congested as this, pollution naturally follows. 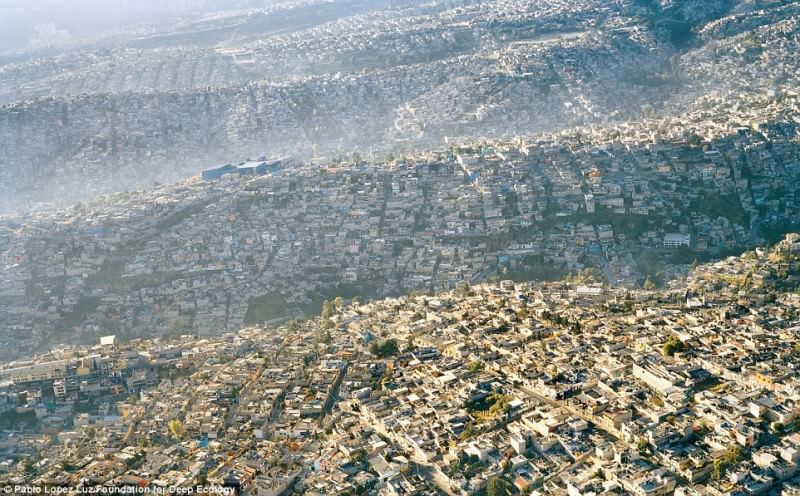 2. An elephant’s decomposing corpse is left lying on the ground after it was murdered by poachers. 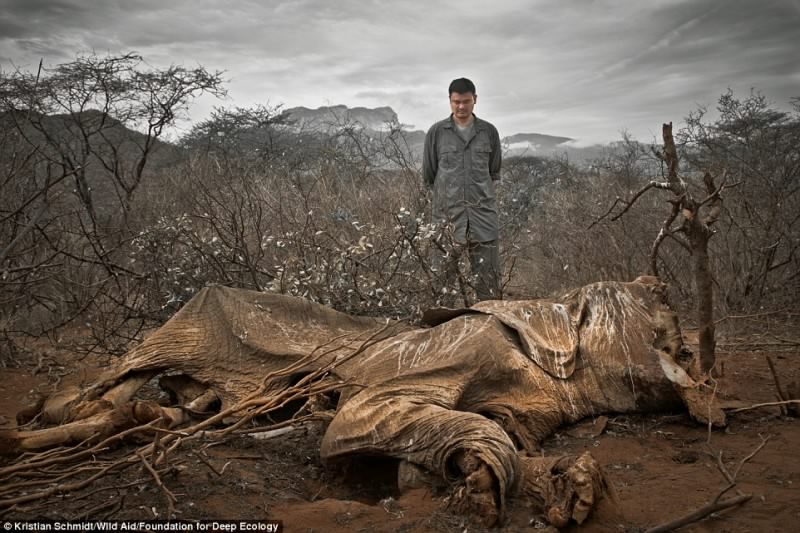 3. This one shows goats running away from a fire in the rainforest. 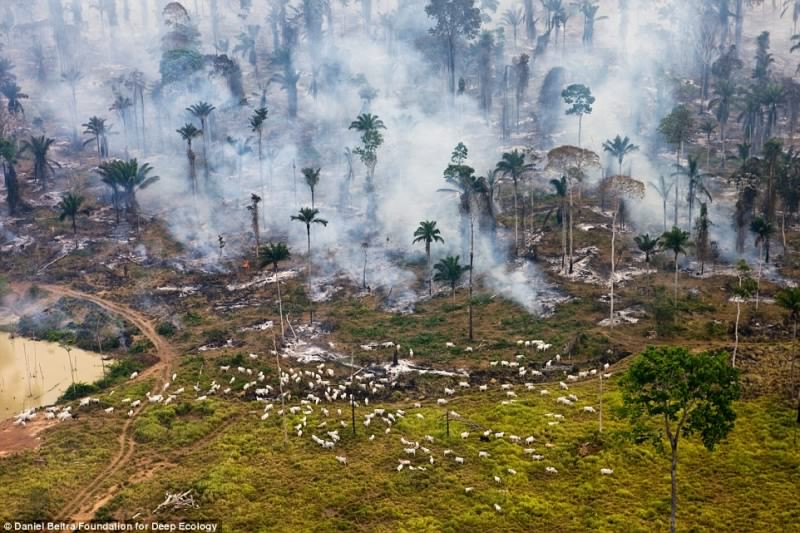 4. Even the skies are not spared from traffic in London. 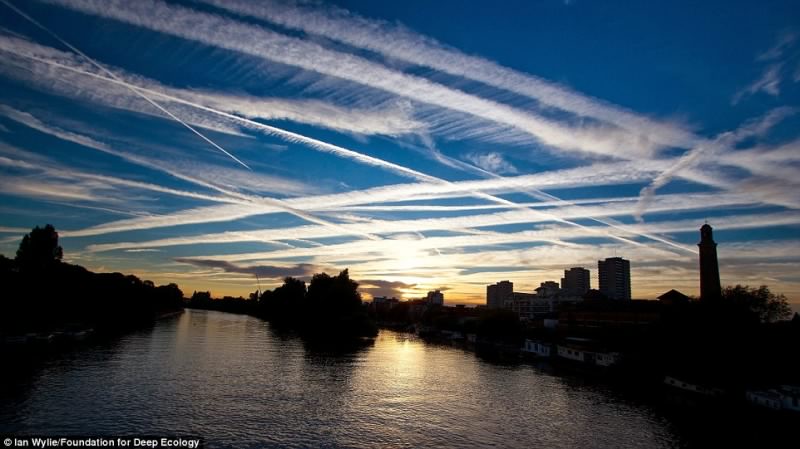 5. This truck is used for delivering oil sands for processing. Notice how polluted the background is. 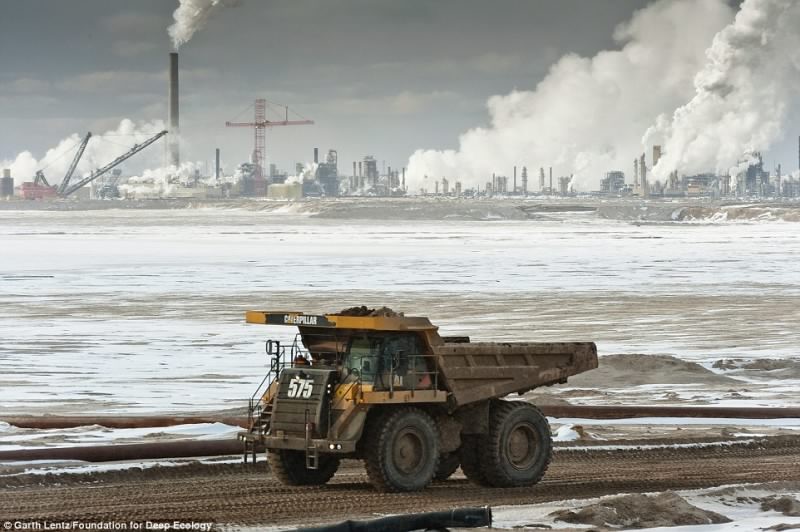 6. This farmer tries very hard not to throw up as he endures the foul stench of the Yellow River’s. 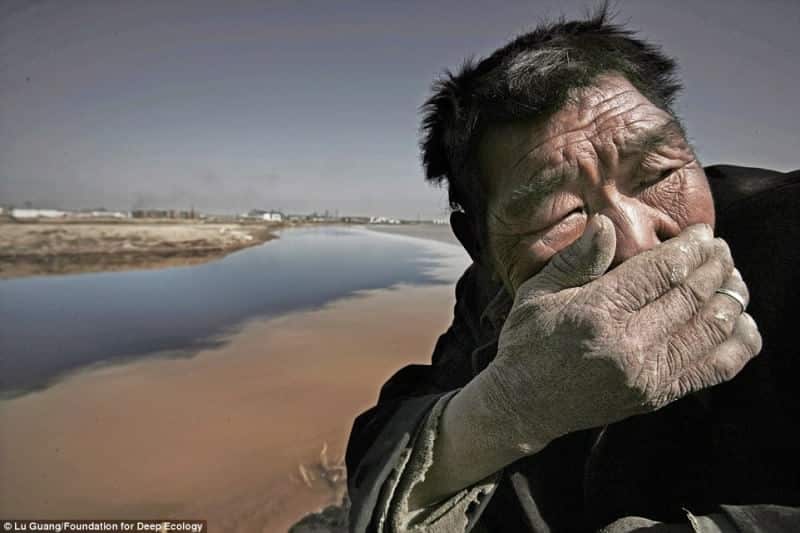 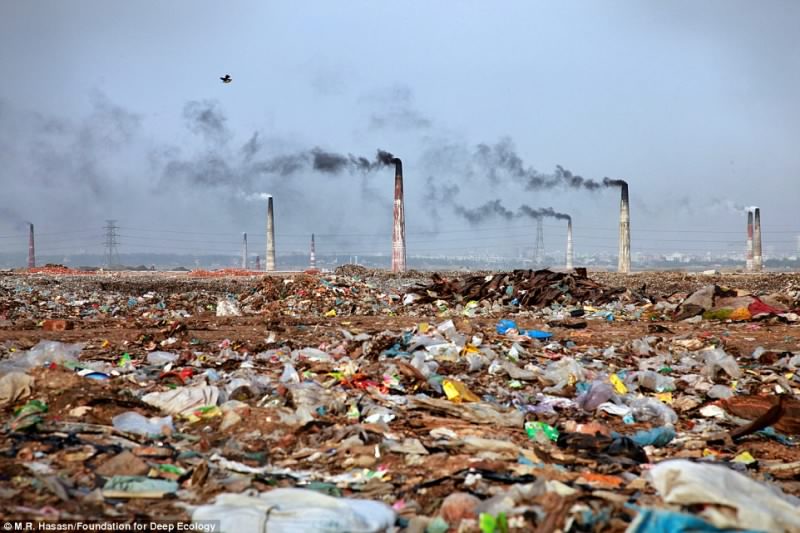 8. This fire storm in Colorado further proves that climate change is real. 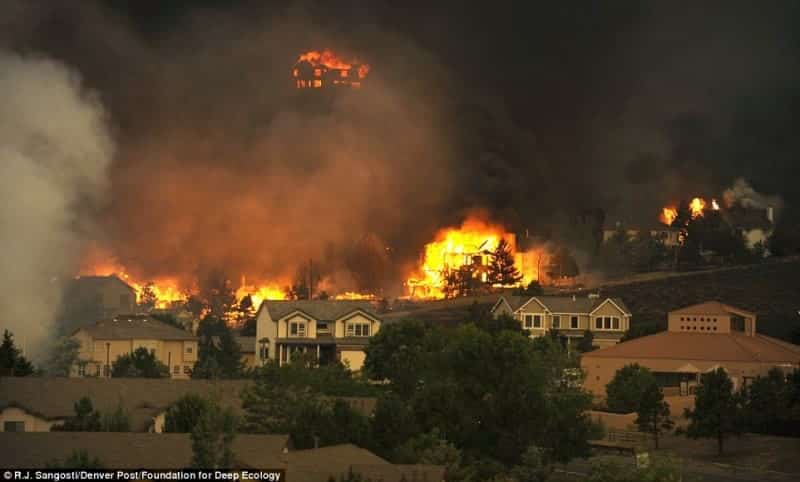 9. Alberta, Canada has been badly scarred as a result of oil sand mining. 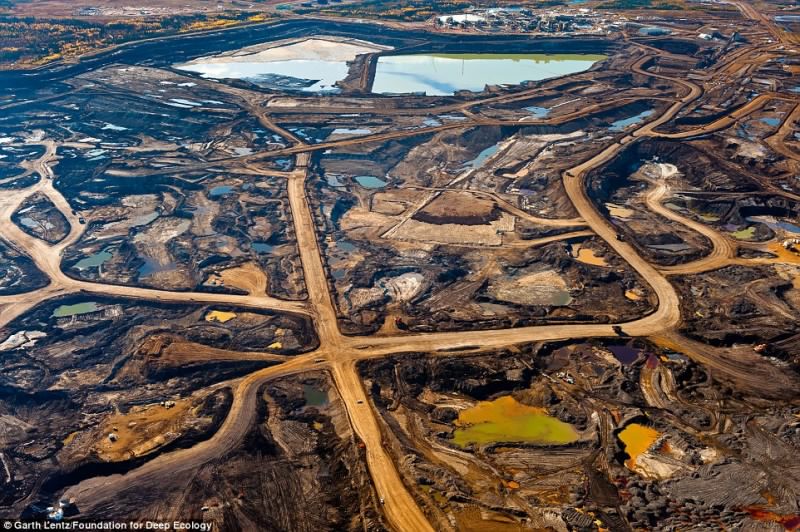 10. A sneak peak of what a busy Los Angeles downtown looks like. Just try to imagine the power consumption and carbon footprint! 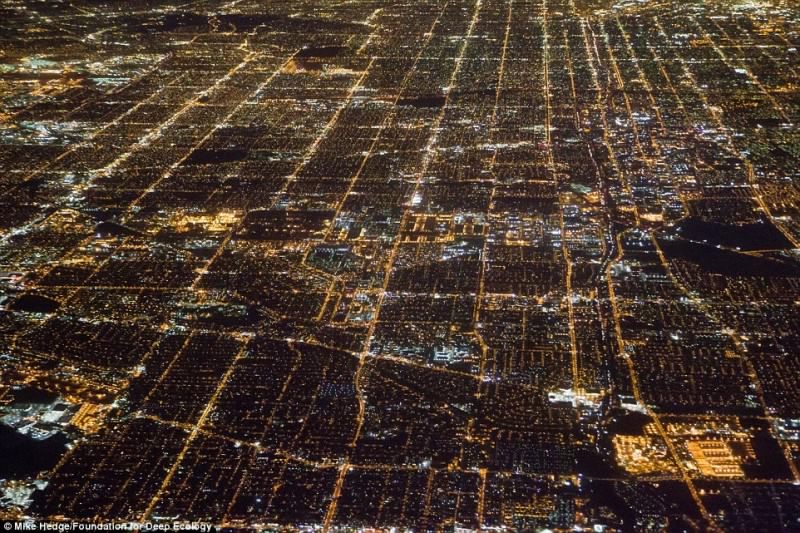 11. A new dam had to be erected in Oregon. Sadly, all the forest trees had to be cut down. 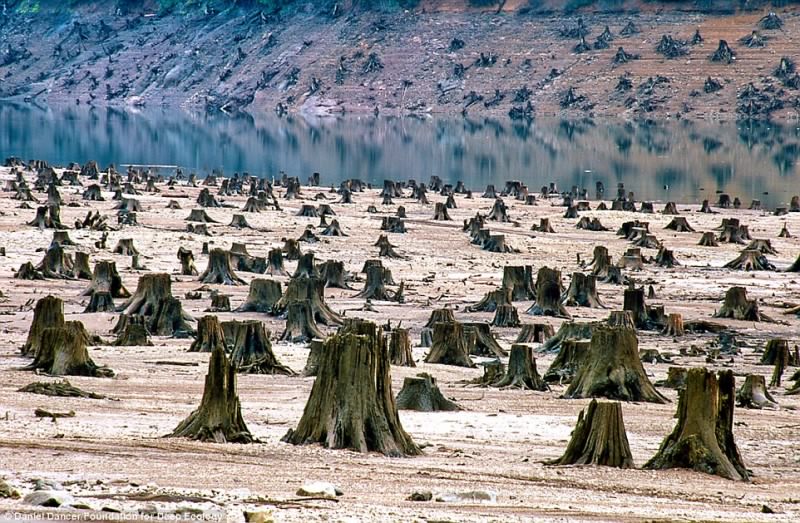 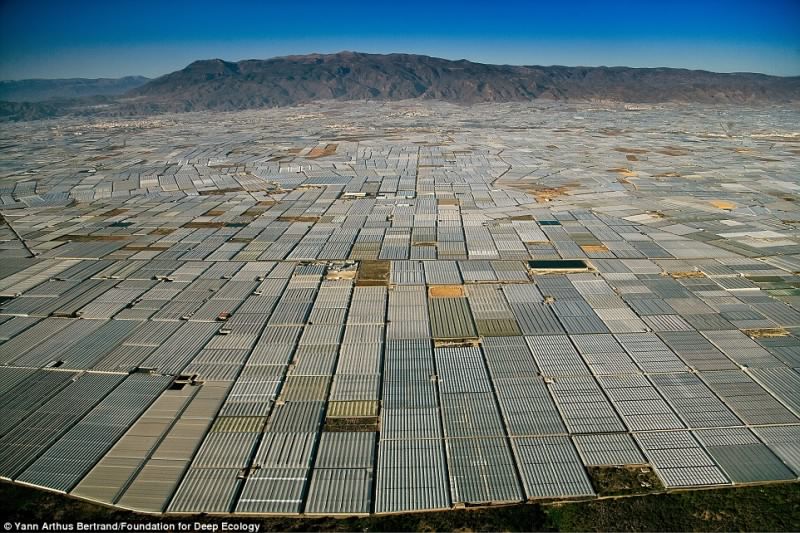 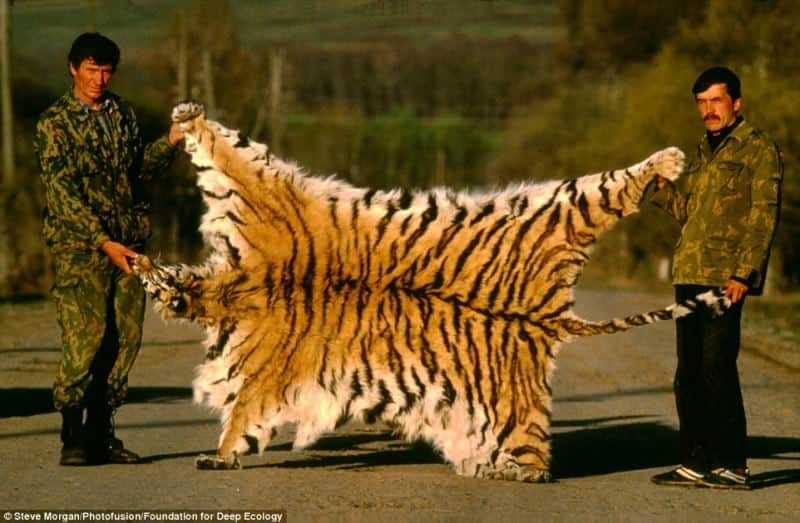 14. This one shows a huge diamond mine (the largest of its kind) found in Russia. 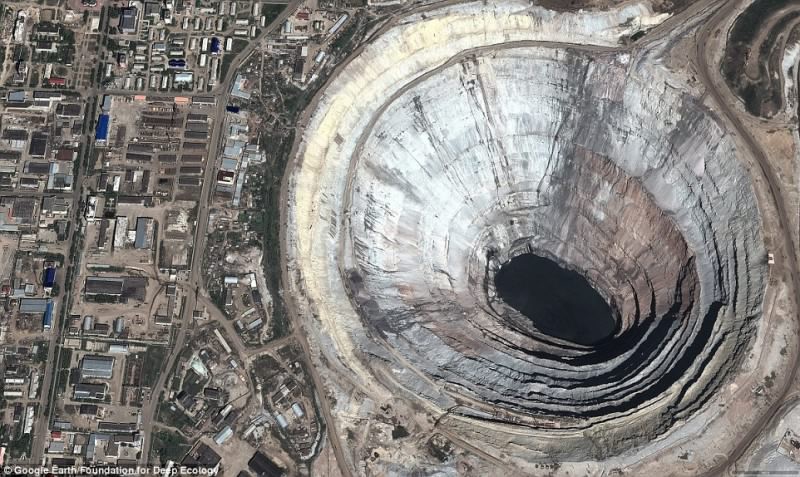 15. An albatross’ dead body becomes just another litter on the ground. 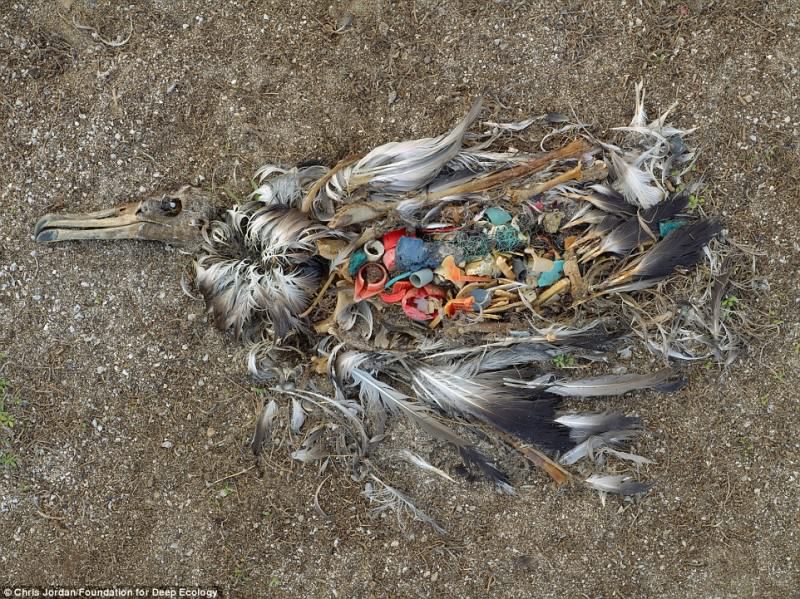 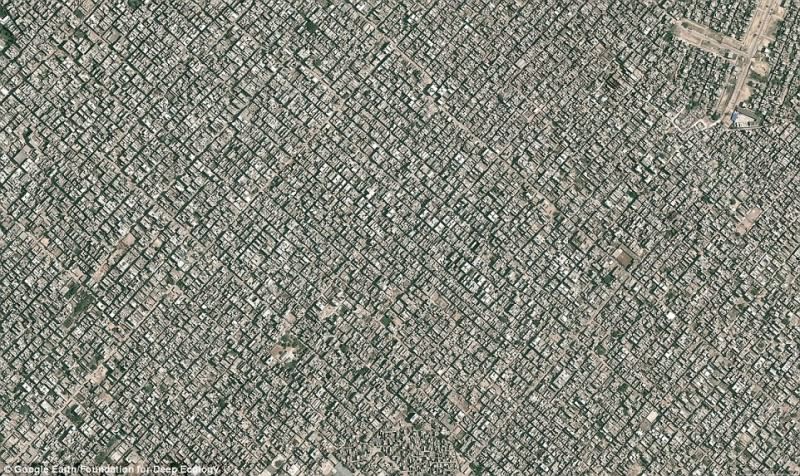 17. This tourist-favorite destination in Maldives is slowly sinking as the water levels continue to rise each year. 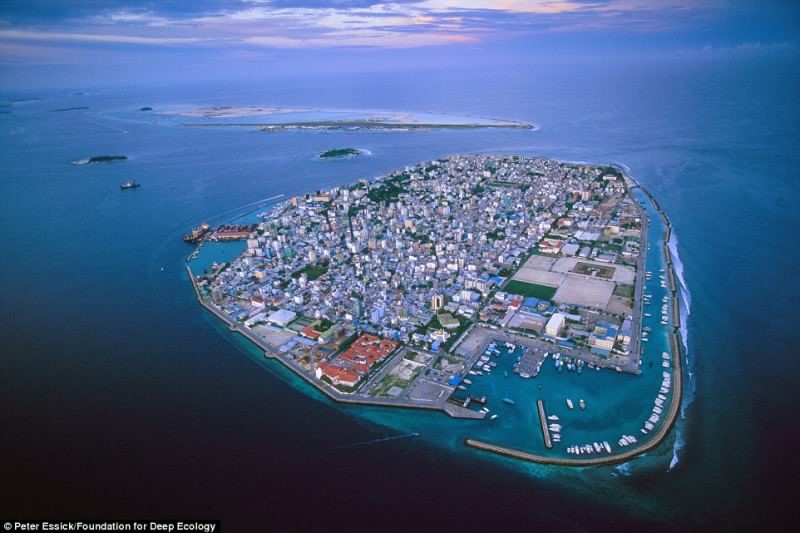 18. An electronic store opens for a Black Friday sale. If only tree-planting or coastal-cleaning activities were as well-attended. 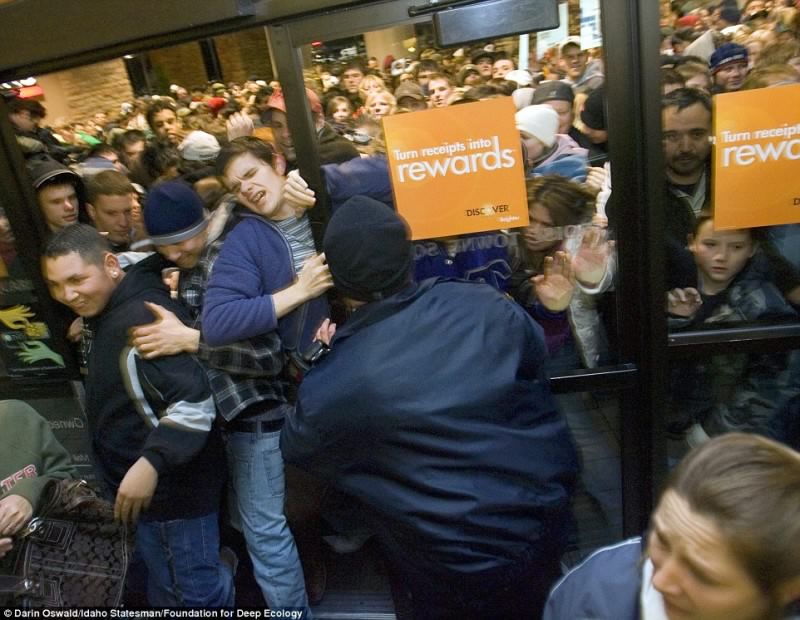 19. Once useful for home and office use, these old computer monitors have literally become garbage. 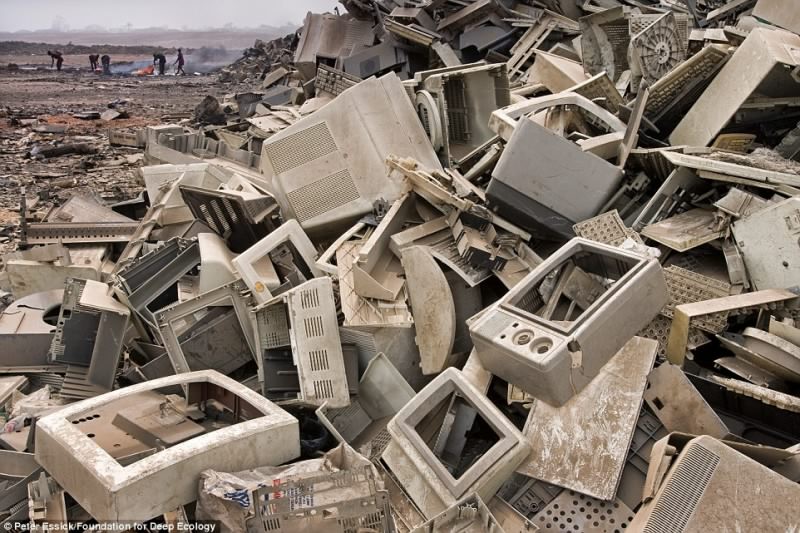 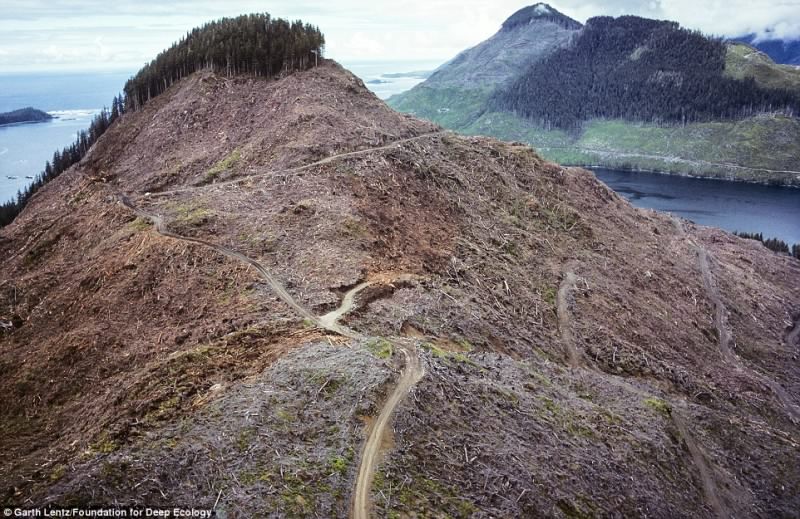 21. A landfill in Nevada has become a dumping site for old vehicle tires. 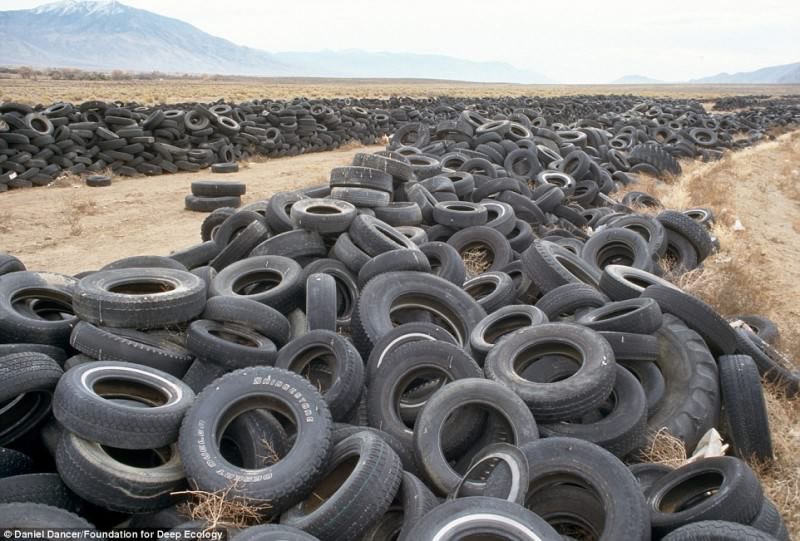 22. A burning heat and power station in Japan. Authorities tried to extinguish the raging fire but were unsuccessful. 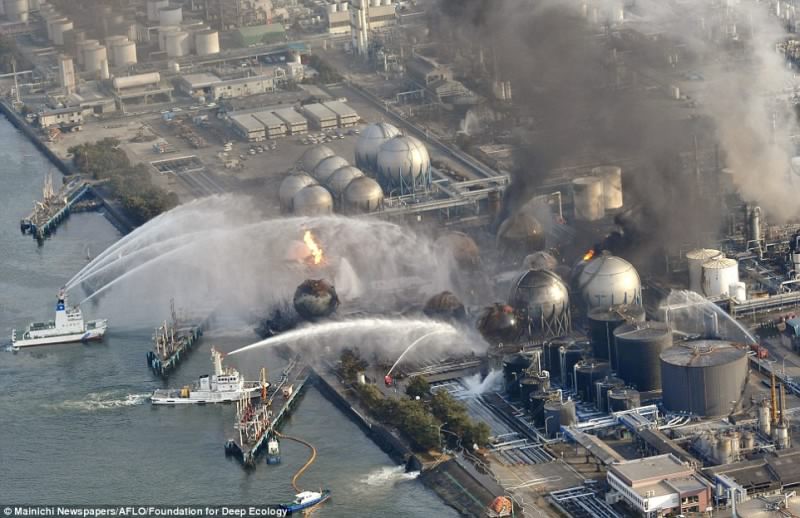 23. A polar bear dies of hunger in Svalvard, Norway. 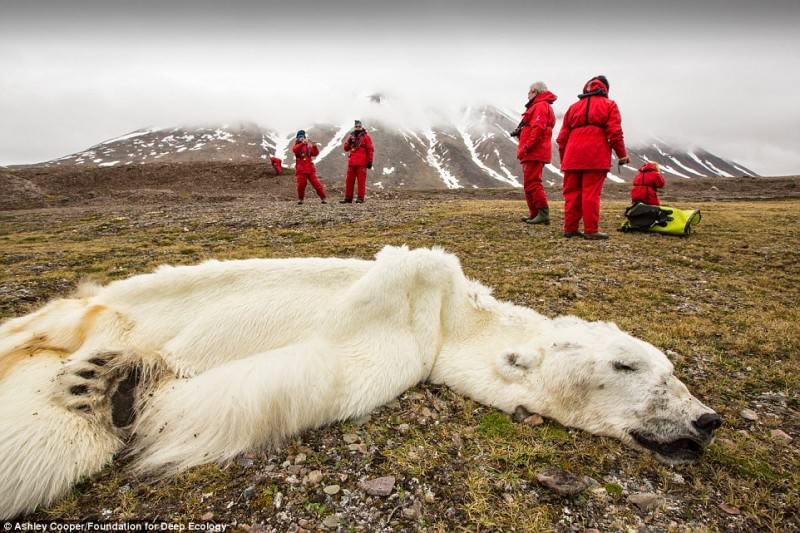 24. This oilfield in California has been extremely exploited. 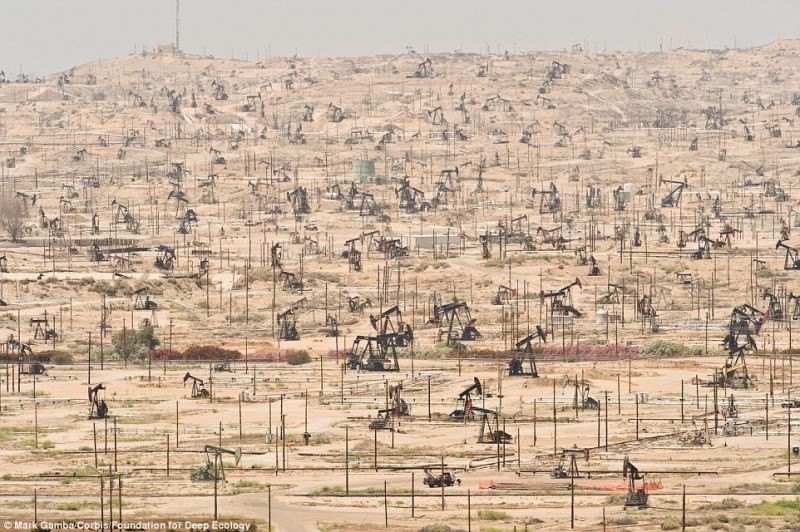 25. Climate change has been causing waterfalls out of ice. 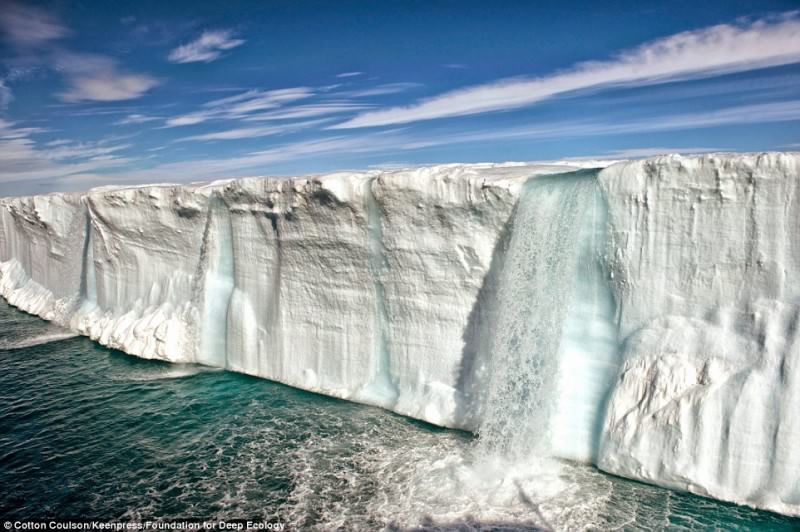 26. Notice how this power plant’s emissions have darkened the sky above it. 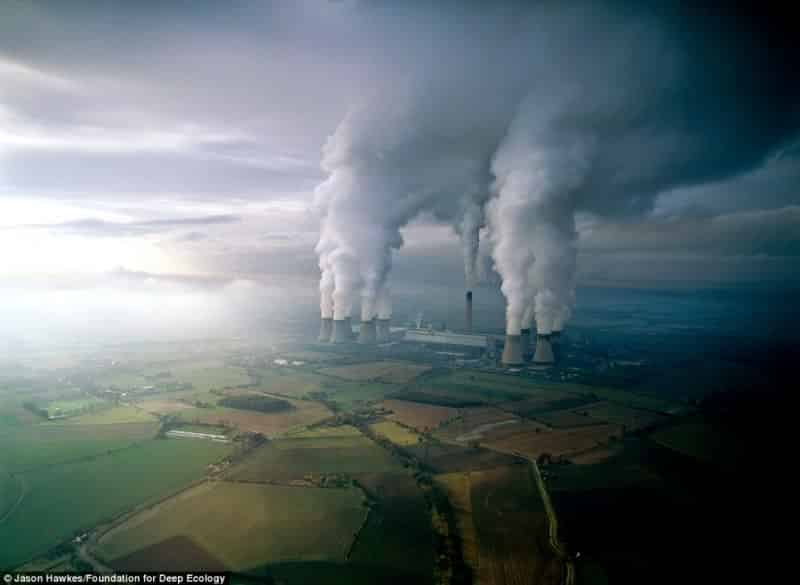 27. Unfortunately, even surfing beaches are not spared from being a dumpster. 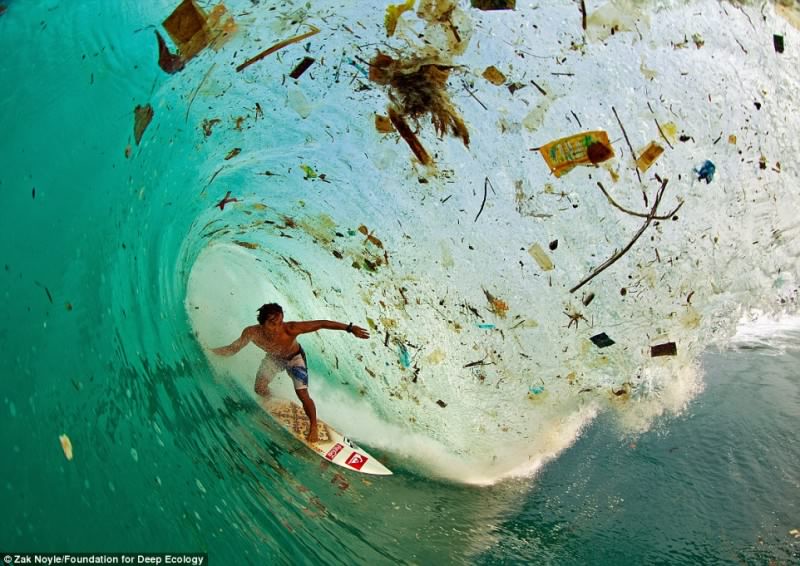 Hopefully, everyone who gets to read this will take action in preserving and protecting nature.

35,000 Walruses Gathered Together In One Spot For One Disturbing Reason 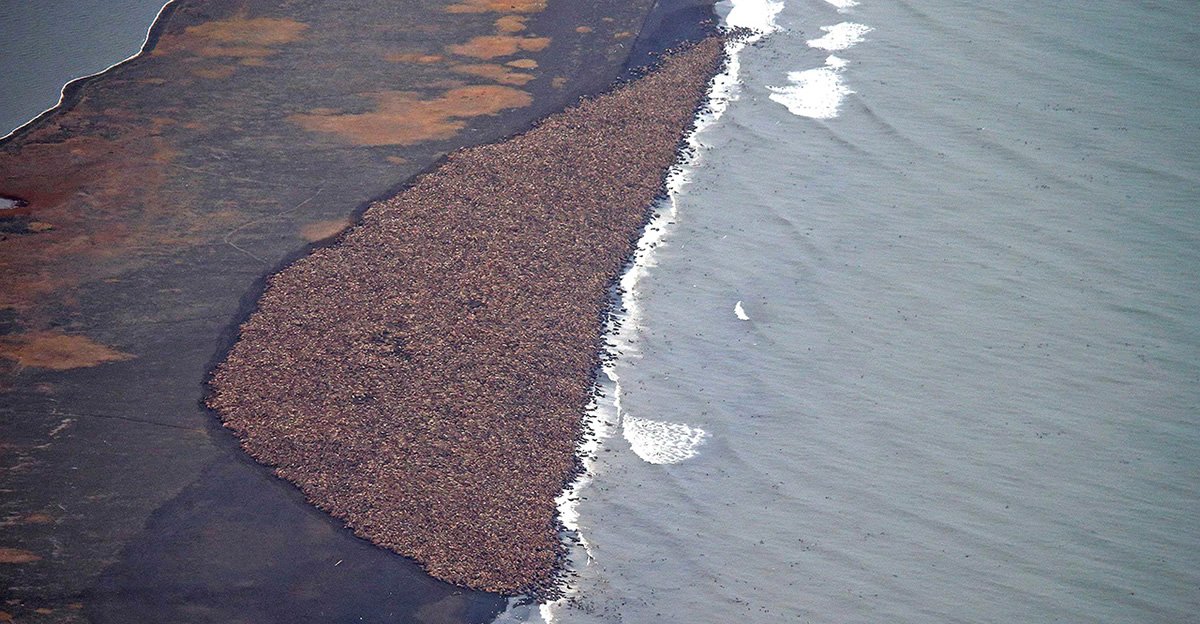